The quarterly complaints data report is a key indicator as to which telecoms providers are doing a good job in the eyes of their customers.

Industry regulator Ofcom posts its findings every three months, highlighting the providers that received the most complaints per 100,000 customers, as well as trends in the type of complaint across different networks.

Between July and September last year, there was an overall increase in the number of complaints received for broadband, mobile and pay-TV services compared to the previous quarter, albeit a small one.

Vodafone received the most complaints

Vodafone received the highest number of complaints per 100,000 customers for the third quarter of 2019 — this included their fixed broadband, landline, and pay-monthly mobile services.

This is the second quarter in a row that Vodafone was the most complained-about broadband provider, with the majority of the issues centred on faults, services and installation problems.

Vodafone, followed closed by TalkTalk and Plusnet, also received the most complaints from customers about their landline services. In this instance it was faults, service and provisioning issues that were the main pain points for customers. 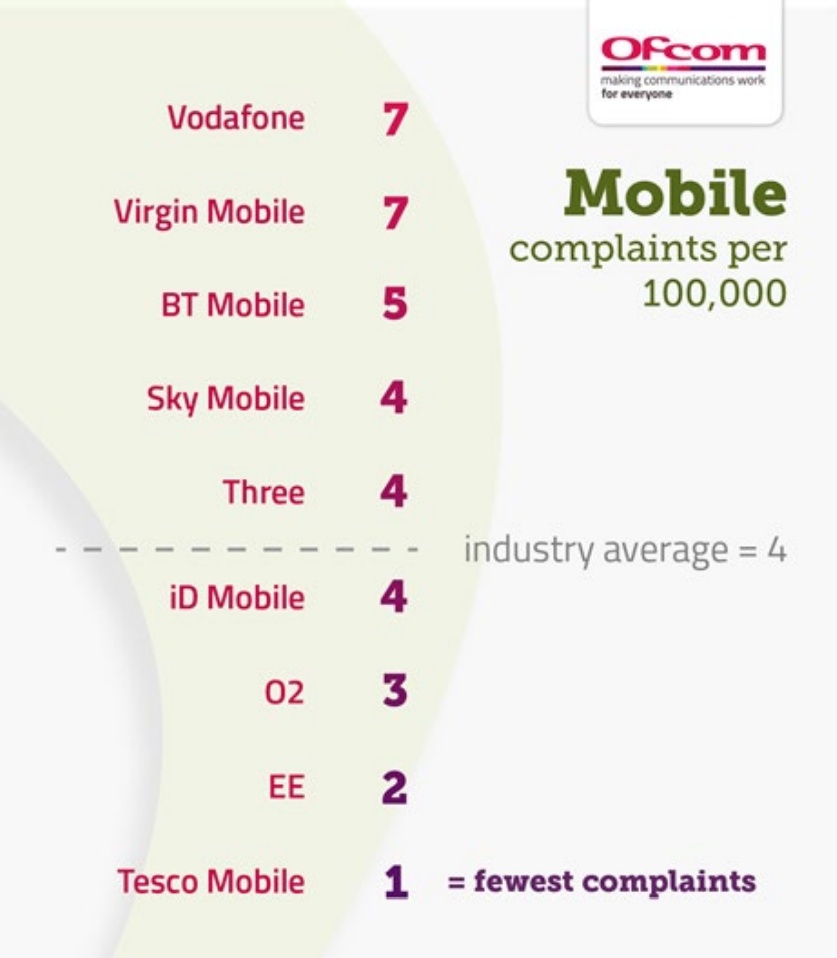 Finally, Vodafone and Virgin Mobile were the two most complained-about pay-monthly mobile providers for the last quarter, with each network receiving seven complaints per 100,000 customers — the main reason being complaints handling.

Once again, EE received the fewest complaints from its customers in Q3 2019. The BT-owned mobile network ranked favourably across all three categories: broadband, landline and pay-monthly mobile. 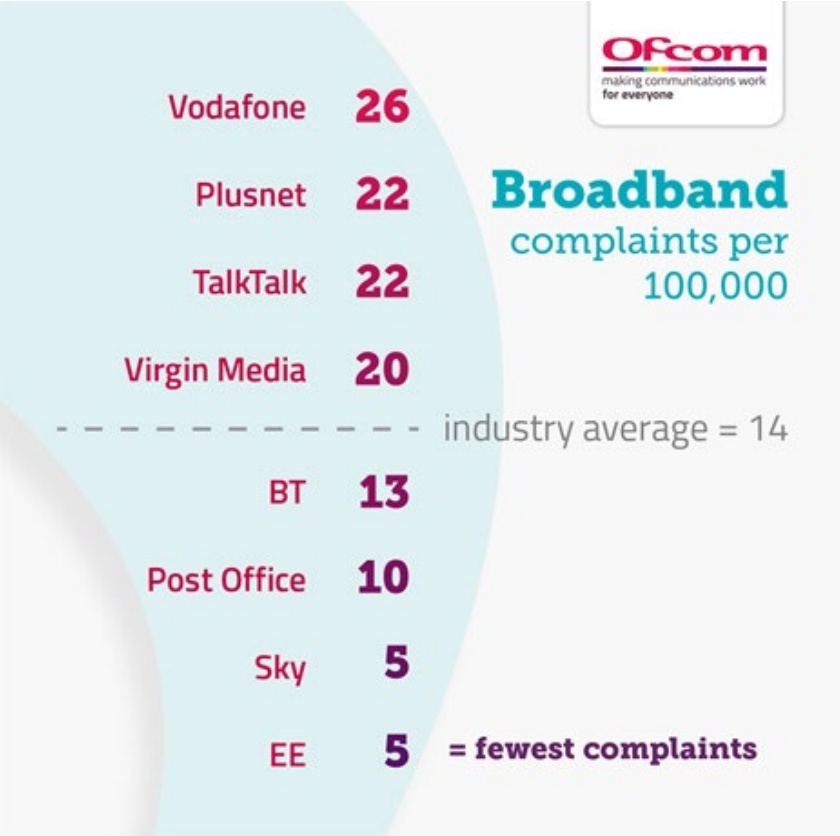 For fixed broadband, both EE and Sky had five complaints per 100,000, with EE’s total number of complaints sitting lower than Sky’s. The same was true with landline services; EE received the fewest complaints, again just ahead of Sky.

Tesco Mobile was the least complained-about pay-monthly mobile provider with one complaint per 100,000 customers, with EE sitting just behind it with two per 100,000.

When it comes to pay-TV services, Sky continued to attract the least complaints, significantly fewer than Virgin Media who received seven times as many complaints per 100,000 subscribers, with the handling of complaints being the primary reason. 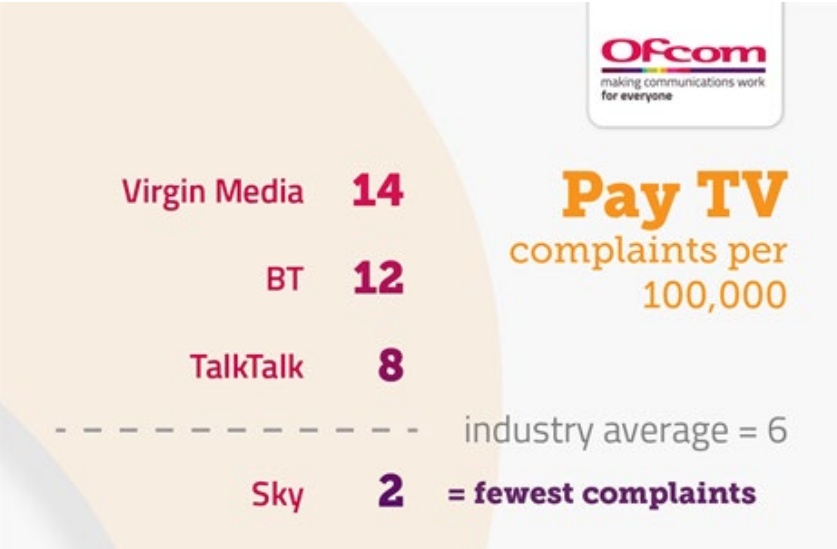 The main cause for complaint across fixed broadband, landline, pay-monthly mobile and pay-TV services was complaints handling itself, accounting for 31% - 32% of all reports, but even reaching 38% for pay TV..

This highlights even more clearly how important customer service is in retaining customers.

What does this mean for consumers?

With so many choices available to broadband, mobile and pay-tv customers, it can be hard to get a clear picture of what kind of service you’ll be getting when you sign up to a new subscription.

Ofcom’s complaints data is a great way for consumers to look past introductory deals, free gifts and prices in order to better-understand the level of customer service they’ll receive once they’ve signed up.

Fergal Farragher, Ofcom’s Director of Consumer Policy, said: “People have never had more choice in the phone and broadband markets. “It’s also never been easier to switch your service. So companies that don’t prioritise great service could see customers leaving them for ones that do.”

If you’re not completely happy with the service you receive from your broadband, TV or mobile phone provider, then there are plenty of alternatives available. Check out our latest broadband deals to see if you could be getting better service from one of the highly-rated providers recognised in the Ofcom report.