Many people in the UK will be working from home in an effort to curb the spread of COVID-19, and this has caused many to be concerned over the UK broadband infrastructure’s ability to handle this increase in workload.

And while there have been plenty of so-called experts out there claiming that UK broadband just can’t cope, it’s actually highly unlikely that broadband will collapse under the pressure of this new working set up.

1. The majority of online work isn’t a big strain on broadband

The many of those who are able to work from home will not actually cause a significant increase in demand on their broadband connection. The majority of tasks we perform online throughout the day are actually fairly lightweight in terms of data usage.

If you spend your day writing emails, scheduling appointments, writing reports or using online (or offline) documents, then you would still only be using a very small amount of bandwidth to get all your work done. 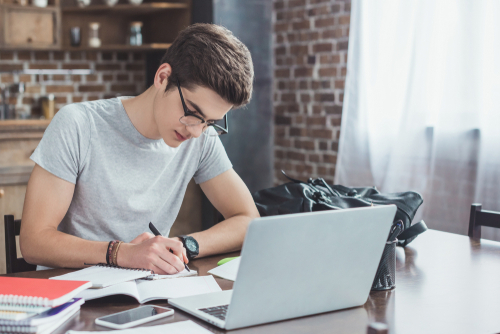 2. Most of the jobs that require fast broadband tend to use it only occasionally

Of course there are plenty of jobs that are more intense in their use of the internet and could struggle to be as efficient when working from home.

For example, there are graphic designers, high-resolution video creators, software engineers or data processors that deal with large amounts of data being uploaded and downloaded throughout the day.

Even video conferencing calls, which are likely to increase dramatically in the coming weeks, will usually scale down their quality to work on slower broadband connections. This isn’t necessarily ideal for the user but it’ll mean that the connection will be maintained throughout, so you’ll be able to continue communicating just fine.

Most of the problems that arise during this period will be on the user’s end, but there are things every individual can do to make sure they have access to decent broadband when working from home.

Data intensive tasks tend to be in the minority and will not likely stress internet service providers (ISPs) any more than a particularly busy day online e.g. the release day for new software or video game update, Black Friday or the mass streaming of major sports events. 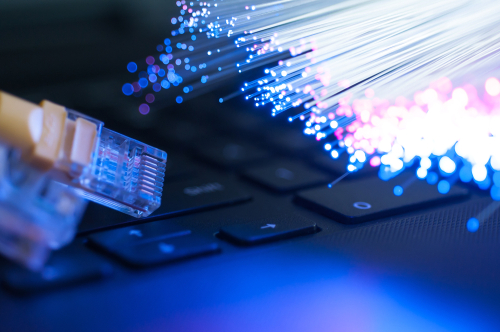 3. The UK’s infrastructure already handles surges in broadband use

In most cases, the biggest strain on home broadband is likely to come if (or when) schools are closed. The combination of working from home and your kids using their devices and streaming TV shows, movies and music all day is likely to show the highest demand on broadband speeds.

And though we’re likely to see schools temporarily closing across the UK due to COVID-19, ISPs will be able to cope with this spike in demand, like they do during regular school holidays. They’re used to handling a high amount of internet use from a full house of people.

It’s worth noting that data consumption rises significantly each year, meaning that ISPs are constantly upgrading their capacity. For the most part, UK broadband providers are prepared for increases in broadband use so this is a very familiar process to them.

Several of the major providers made statements about these concerns over their broadband capabilities. A BT spokesperson said:

While BT is confident in its ability to handle any uptick in demand, providers such as Vodafone have taken additional measures to ensure there won’t be any drop in service. A Vodafone spokesperson said:

“We have been adding capacity and minimising congestion at busy aggregation nodes to meet the growing demand for our home broadband service. We have achieved good results already after the live streaming of football over the Christmas period generated record levels of internet traffic.”

In comparison, Zen Internet hasn’t even noticed any changes to its traffic as yet. Paul Stobart, CEO of Zen Internet, said:

“We have seen no increase in daytime traffic on our network, so the working from home effect has not yet happened, but if it does, we are ready for it. We have full confidence in the resilience of our network capacity, and will be in a strong position to facilitate the needs of our customers in the instance that more need to begin working from home.”