Each quarter, telecoms regulator Ofcom releases a summary of the volume of complaints it’s received regarding broadband, landline, mobile and pay-tv services. This overview of complaints from consumers about their providers gives a snapshot of how satisfied customers are with their providers in the telecoms market.

This report is invaluable as it gives consumers clear and unbiased information about how current customers feel about their providers. In an increasingly competitive market, customer service and customer satisfaction are key factors when looking to choose a new broadband provider.

The latest report covers complaints received during January to March 2020, just at the start of the coronavirus pandemic. As new restrictions were put in place and many people began working from home, broadband became a vital utility, and customer service was even more important during this time of crisis.

Broadband and pay-TV providers were heavily impacted by the coronavirus outbreak, especially in terms of call centre and engineering capacity. However, the impact on customer complaints was surprisingly low. The average number of customer complaints to Ofcom throughout the quarter remained broadly the same as the previous quarter for broadband and pay-monthly mobile services. In fact, complaints about landline and pay-TV services actually fell slightly.

While broadband still produces the highest number of complaints per 100,000 subscribers compared to other services, the overall downward trend of complaints over the years has remained fairly consistent. Providers have learned that customer satisfaction is vital in keeping their customers happy and subscribed, so there still seems to be a positive movement for the industry. 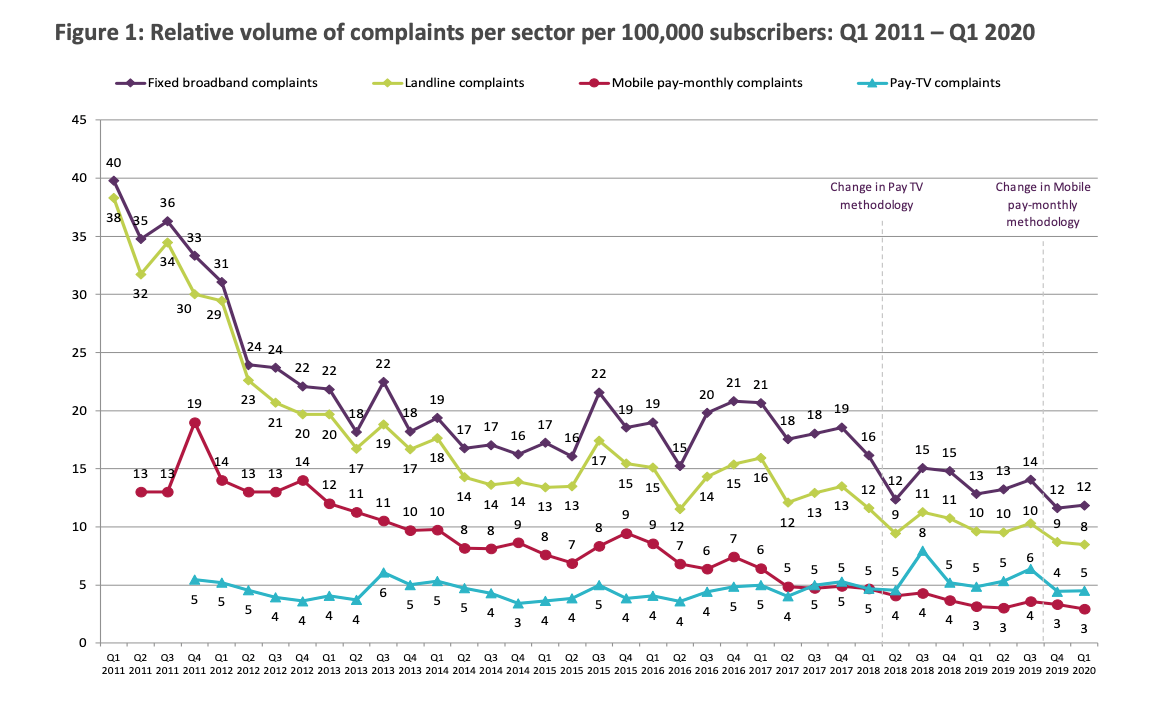 It will be interesting to see if the impact of coronavirus will be reflected in next quarter’s reports when lockdown measures were firmly in place.

While there was a little variation across broadband, landline, mobile and pay-TV services, Sky was the only provider that performed better than the average in each sector. Sky is one of the few quadruple-play providers, meaning that it supplies customers with all four telecoms services, and has still managed to receive relatively few complaints per 100,000 customers. 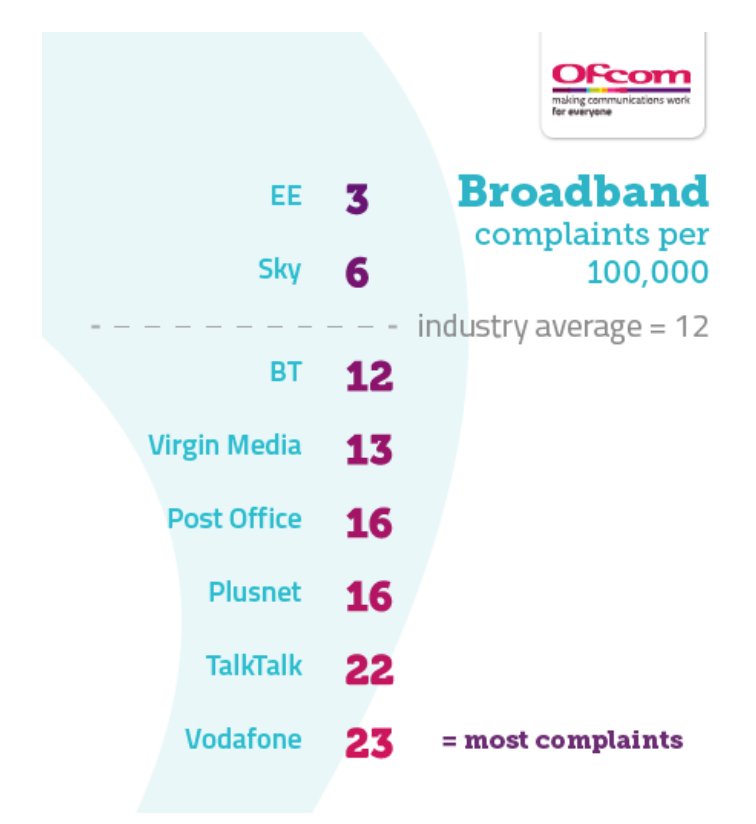 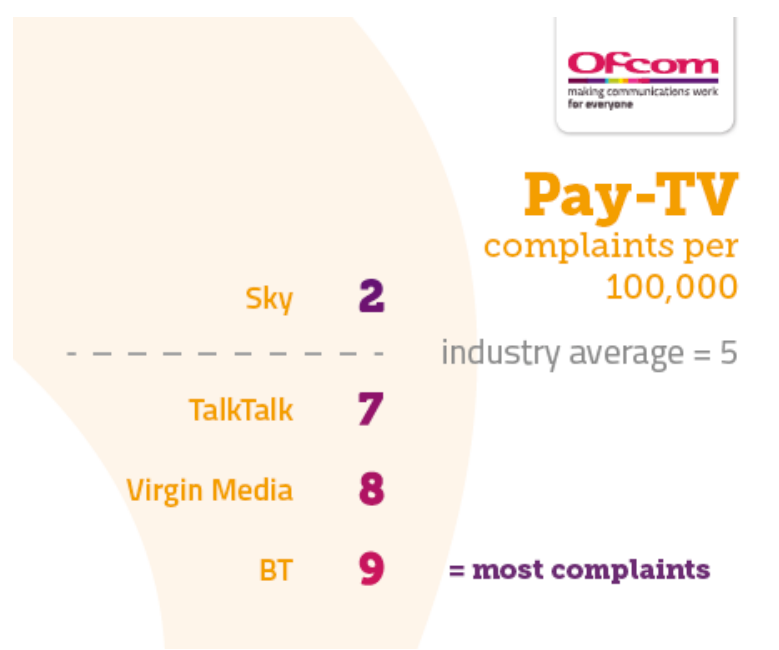 Of the four major pay-TV providers, Sky outperformed the others by far, with only two complaints per 100,000 customers for its pay-TV services. In fact, Sky was the only provider to perform above the industry average in this field.

Unfortunately, Vodafone is still receiving the highest number of complaints per 100,000 customers for its fixed broadband service this quarter and has done since Q2 last year.

BT TV is the most complained-about pay-TV service

While Sky continued to generate the lowest volume of pay-TV complaints this quarter, it was BT that received the most complaints about its pay-TV service. 40% of BT’s complaints were regarding complaints handling, followed by issues relating to billing, pricing and charges (28%) and faults, service and provisioning issues (19%).

In fact, these were the most common drivers of complaints within the pay-TV industry, and Virgin Media and TalkTalk both received an above-average number of complaints about their service.

What should customers do?

If you’re unhappy with your broadband provider and you’re out of your initial contract, now is the time to compare broadband deals and switch to a new service.

With new offers being introduced every week – the majority of which are exclusively available to new customers – a better deal and a better service could be just a few clicks away.