The Coronavirus pandemic made 2020 a tough year for everyone, with most of us relying on our broadband more than ever to work and learn from home and keep in touch with loved ones. Telecoms regulator Ofcom has released its latest report looking at the volume of direct complaints made to them during Q4 of 2020, when the second lockdown was still in place and frustrations over bad broadband were at their peak.

In the previous quarter, Ofcom reported that complaints began to return to their normal levels as call centres and operations started to return to a version of normal. Q4 saw a steady increase in complaints in some areas and a noticeable drop in others, with providers like EE and Sky coming out favourable, and others less so. 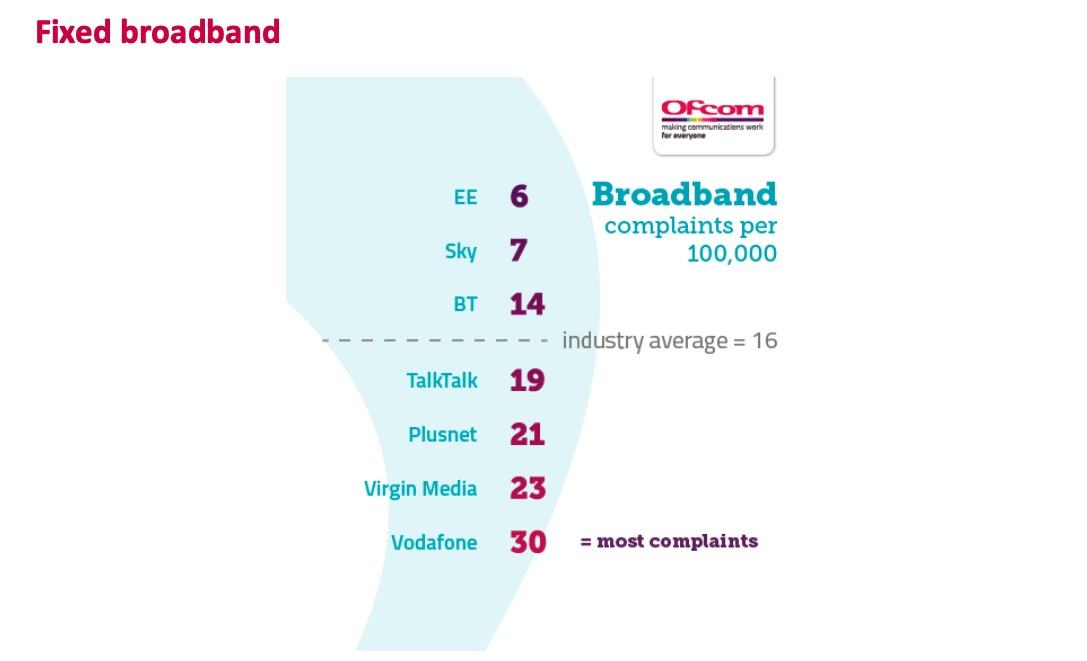 Unfortunately, Vodafone saw the highest volume of complaints per 100,000 customers for both its fixed broadband and landline services. For fixed broadband, the majority of these complaints, 49% in fact, were concerning faults, service and provisioning issues. This was also the case for its landline services, of which 33% of the complaints were about faults, service and provisioning issues. 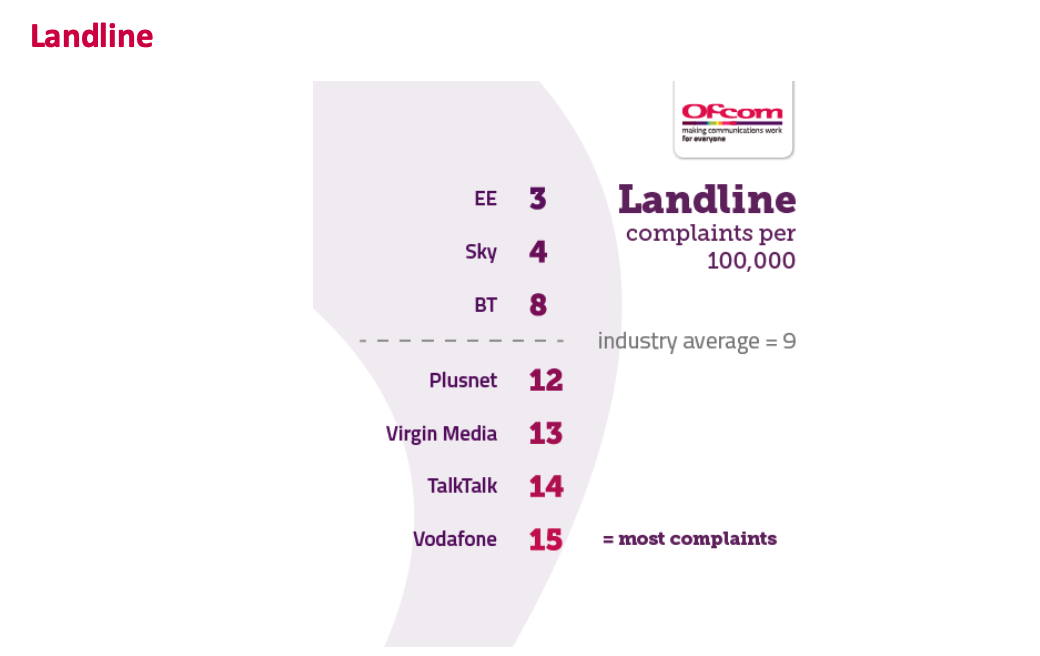 The second biggest driver of complaints for fixed broadband and landline services from Vodafone was complaints handling (23% and 24% respectively).

The data in this report was gathered during October-December 2020 and covers complaints received during the start of the second national lockdown. During this time, while schools and universities remained open, the majority of the population were asked to work from home where possible. This may have put additional stress on those having to contact their providers and then Ofcom in order to resolve a complaint.

Switch to a new broadband deal 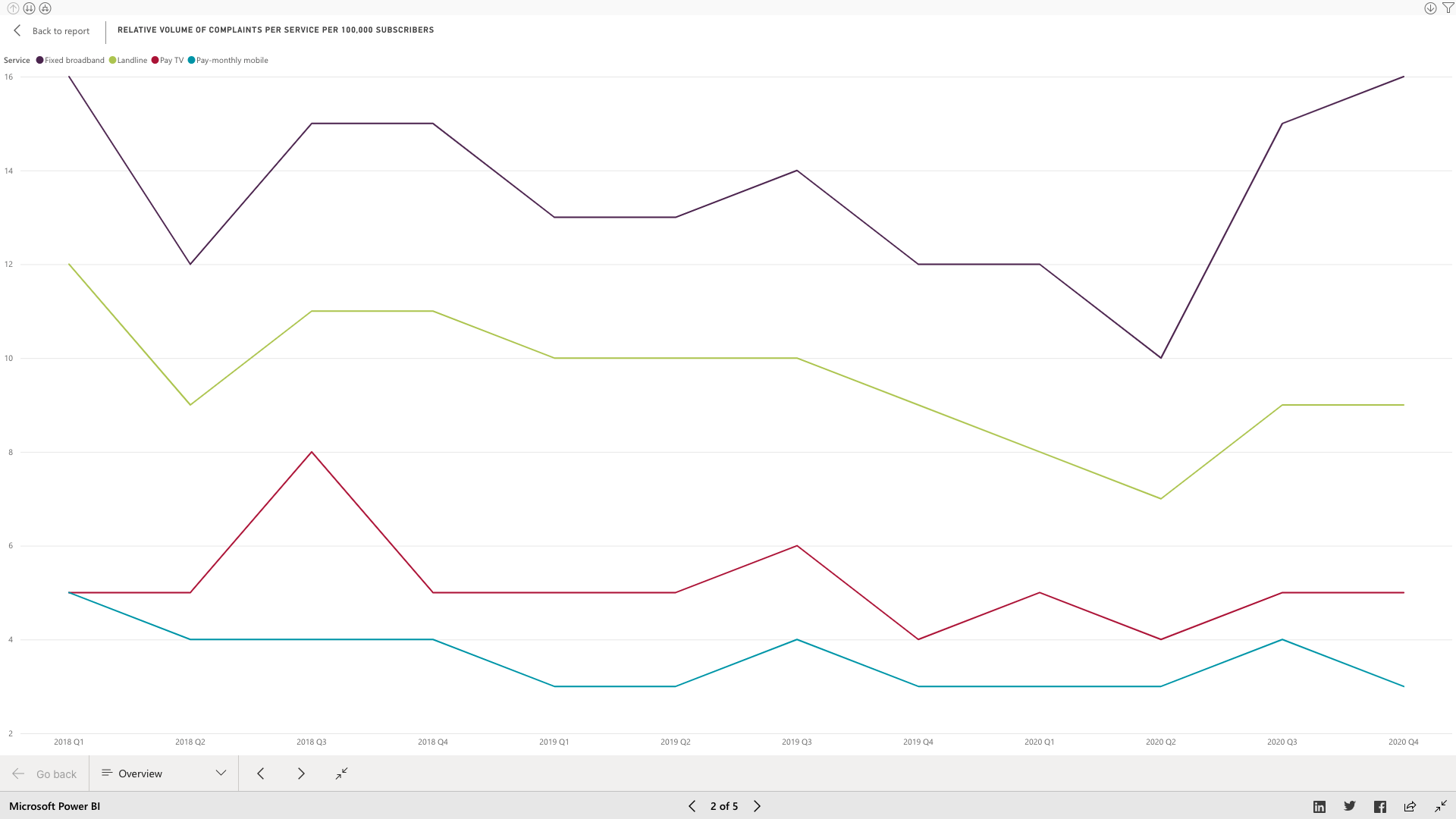 The main driver of complaints for fixed broadband and landline services was faults, service and provisioning issues. This accounted for almost half of all complaints Ofcom received during this period. It is likely due to the impact of the national lockdown measures that will have severely limited the operations and engineering capacities of UK providers.

There was, however, a slight drop in the volume of complaints about pay-monthly mobile services. Meanwhile, landline and pay-TV complaints remained fairly consistent.

Switch to a new broadband deal

Sky and Virgin Media are two of the biggest pay-TV providers in the UK, with comparable broadband and TV packages in terms of the number of channels and the amount of content you can access.

However, there is a stark difference between them in terms of the number of complaints they received per 100,000 for Q4 2020.

What’s also interesting is that Virgin Media’s main complaints drivers were related to complaints handling (35%). Issues relating to billing, pricing and charges (24%) and faults, service and provisioning issues (23%) came in second and third respectively. Once again, this highlights the importance of good customer service, especially when being confronted with complaints and concerns from customers.