Samsung’s forthcoming Galaxy S10 looks set to come with reverse charging tech, after details were leaked on an official Samsung discussion board.

The feature will allow users with devices that support wireless charging to place their handset on the Galaxy S10 and draw some of its power.

This is a function already found in Huawei’s warmly reviewed Mate 20 Pro, although its efficacy has been called into question thanks to its inability to charge as fast as standalone wireless mats or standard wired chargers. 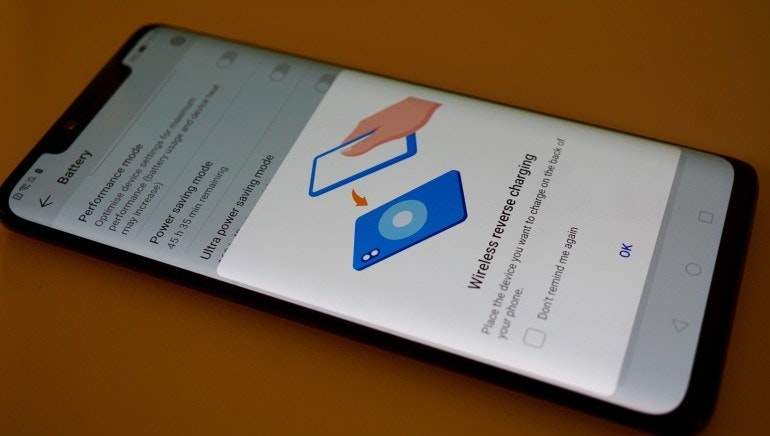 It’s not clear whether reverse charging will be offered in the more affordable Galaxy S10 Lite, or if it will be exclusive to the Galaxy S10 and Galaxy S10+.

That seems likely in light of recent reports that the S10 Lite would lack an in–screen fingerprint scanner and other cutting edge tech.

Samsung is due to launch its trio of new Galaxy S10 phones at a special Unpacked event in San Francisco on 20th February.

The devices are expected to go on sale within weeks of launch, with Samsung’s new Galaxy Fold also set to be unveiled.