Samsung unveiled its Galaxy Fold foldable phone last week at a glitzy press conference, but until now has only given us a limited glimpse at the handset.

Not so any longer, with the news that the smartphone giant has posted a four-minute video that affords us a much more in-depth look at the phone and how that folding mechanism works.

The video is a far cry from Samsung’s sometimes bombastic marketing. Instead, it’s a much more subdued affair, with no soundtrack, letting you hear the sounds the phone makes when it folds and the various bleeps and bloops it gives off. 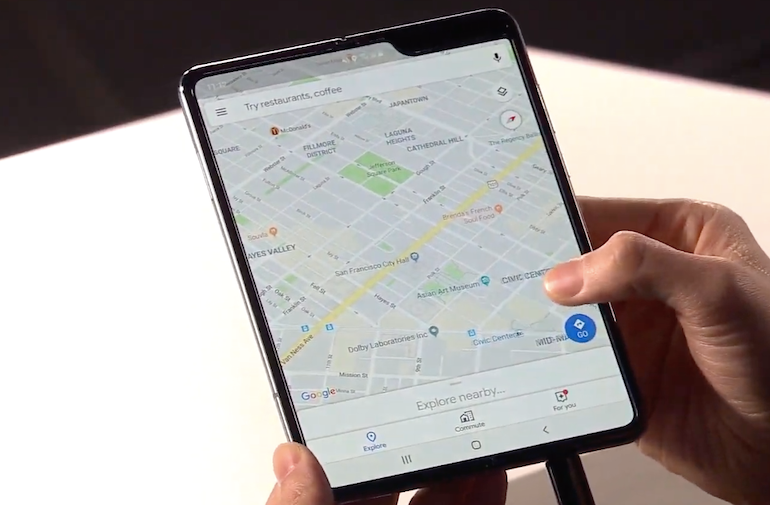 The angles are still very carefully chosen, however, to give off the best possible impression of the device.

We don’t see the gap it has when it’s closed until well over a minute into the video, for example.

This gap has caused some controversy. Basically, the two sides of the phone don’t meet up completely – it closes, but the screen parts closest to the hinge don’t meet, leaving a slight gap between them.

It doesn’t impact on the functionality of the phone, but to a designer’s eye it looks a little inelegant. 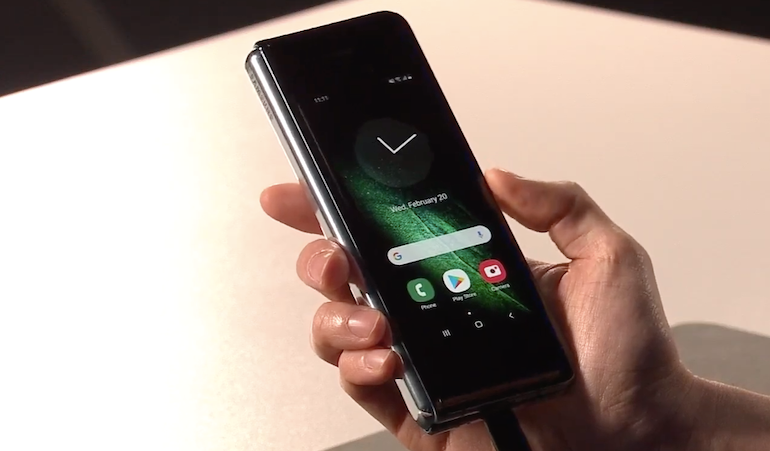 The video shows the phone’s ability to charge other devices like smartwatches and the Galaxy Buds headphones wirelessly. Just place them on top of the phone and it’ll juice them up.

We see the different colour options of the phone, as well as how apps like Instagram, Google Maps and Netflix will work.

The camera is shown off in both phone and tablet mode, and we see mobile games running on the device. 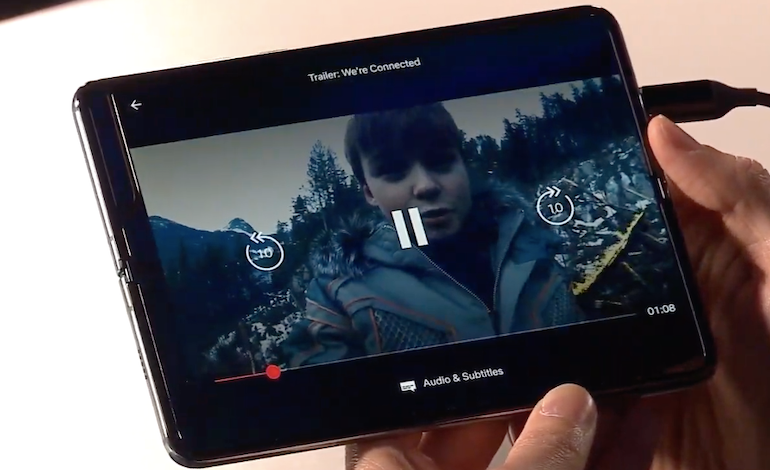 It looks like Samsung has managed to eliminate the join in the middle of the interior screen, which would be an impressive feat. Though we’ll have to wait for our in-depth review to confirm this.

The Fold will go on sale on 26th April for around £2,000. It will face stiff competition from Huawei’s Mate X, which has bigger screens and manages to be around 6mm slimmer when closed.