Spotify has confirmed that its Android app will come preloaded on Samsung’s new Galaxy S10 range, as it looks to boost itself in the wake of the growing popularity of Apple Music.

Those buying Samsung’s newly released Galaxy S10, Galaxy S10+ and Galaxy S10e will find the streaming service ready to roll when they first turn on their new device.

Samsung Galaxy S10, Galaxy S10+ and Galaxy S10e: Everything you need to know

However, the service is not limited to that trio of new phones. Spotify says it will also be available on the new Galaxy Fold and forthcoming Galaxy S10 5G, as well as ‘select Galaxy A series devices’. It has not revealed exactly which version of the mid–tier Samsung range will benefit from pre–installation.

The news comes as reports emerge that Samsung has enjoyed a massive sales boost thanks to the Galaxy S10. Last week, analyst Ming Chi Kuo said he was revising up his sales predictions for the handsets, based on the fact that they differed significantly from Apple’s iPhone XS, iPhone XS Max and iPhone XR.

While the latter feature 3D facial scanning, the Galaxy S10 has in–screen fingerprint scanning and a camera which is more highly rated than its rivals.

Spotify says that it has been further integrated with Samsung’s Bixby intelligent assistant, with tailored recommendations for listeners on the Bixby home screen. 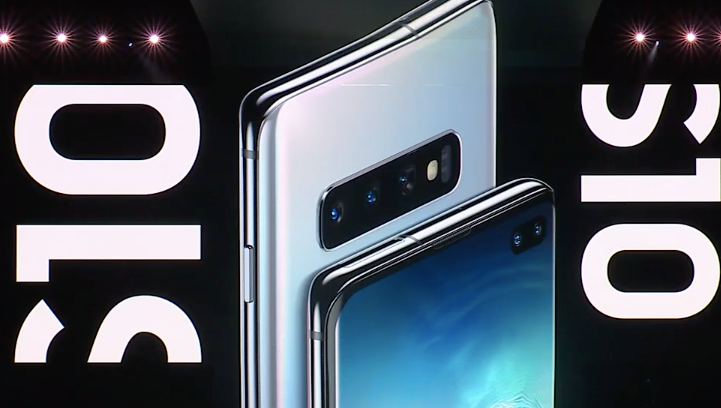 In the United States, those buying a Galaxy S10 will be able to enjoy six months of free Spotify use. There’s no word on whether that offer is being expanded to the UK.

Spotify is locked in a fight with Apple Music for streaming supremacy. As of December 2018, Apple had 56 million users. Spotify has 96 million paying subscribers, with a total of 207 million users across its free and premium platforms.

“We were very excited to be named Samsung’s go-to music streaming service several months ago and today’s news will only ensure a more seamless Spotify listening experience across devices for listeners around the world,” said Sten Garmark, VP of Consumer Products, Spotify.

“This partnership makes it easy for Samsung mobile users to access their favourite music and podcasts on Spotify, wherever they are and however they choose to listen.”