Watch this video of the Xiaomi Mi Fold folding phone

Xiaomi has once again teased its Mi Fold folding phone in a video online. The first glimpse we had of it was back in January.

This new video was posted to Chinese social network Weibo by Xiaomi’s official account. It’s a brief clip, but it shows the device being used in tablet form before being folded down to smartphone mode and left on a pot of noodles. As you do. 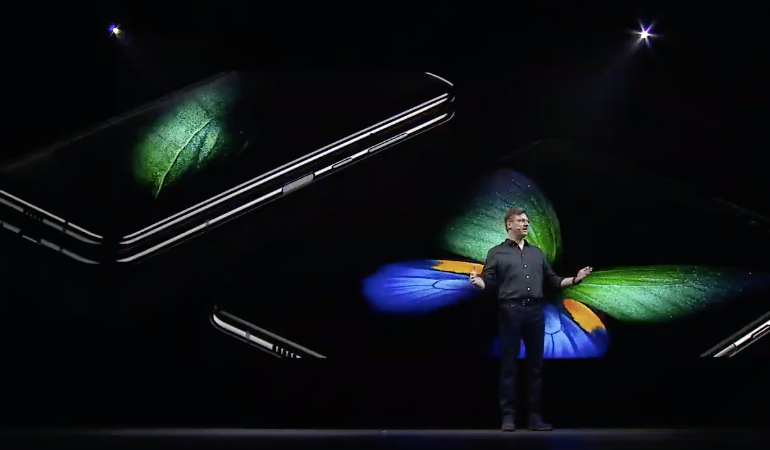 The Xiaomi Mi Fold uses an innovative ‘double fold’ mechanism, which differs from both the Samsung Galaxy Fold and Huawei Mate X. Samsung’s phone has two screens – a 4.6-incher on the outside and a 7.3-incher on the inside, while Huawei’s has one screen that folds back on itself to go from tablet mode to smartphone.

With Huawei’s device, the hinge is on the left side, whereas Samsung’s is on the right. This design gives Huawei the edge, at least in terms of stats – it boasts a 6.6-inch display in smartphone mode, and an 8-incher when used as a tablet. Both of these are bigger than the Galaxy Fold’s respective equivalents.

The Mate X is also slimmer than the Galaxy Fold.

As you can see, Xiaomi’s foldable is a different beast altogether. It has a central display with two ‘wings’ that unfurl from the sides. When in tablet mode, it should be closer to the 16:9 aspect ratio used on TVs, phones and tablets, making it better for watching films as there will be less letterboxing (those thick black bars above and below the picture that make it look like you’re watching through a letterbox).

The design also allows the device to have very slim bezels when in smartphone mode. Which is in step with modern flagship phones. The Samsung Galaxy Fold, by contrast, has very thick bezels in phone mode, making it look a little old fashioned.

Xiaomi hasn’t revealed many specifics about the Mi Fold, but it’s expected to cost less than both the Galaxy Fold and Mate X. This latest teaser suggests a launch isn’t far off.