VOXI, the Vodafone–backed network that offers free access to social media without using up data allowance, has ditched its age–restriction rules, meaning anyone can now take advantage of its affordable deals.

Until now, VOXI has had a strict policy of being for under 30s only. Those who wanted to join had to input their passport number or national insurance number when first signing up.

VOXI SIM only deals: Everything you need to know

In a brief statement, Voxi said, “From [4 April], VOXI will no longer be age-gating. This means from this date anyone can purchase a VOXI contract.”

This is a huge deal for anyone looking to make significant savings on their monthly mobile bill. As mentioned, VOXI’s biggest draw is the fact it lets its users access the likes of Facebook, Twitter, Snapchat and Instagram without eating into their data allowance.

But that’s not all. Its SIM-only deals are available without a credit check, don’t come with a contract and can be cancelled any time as long as you abide by the 30-day notice period. That makes it even easier to switch to a different deal if you wish.

Its current SIM-only deals are unquestionably some of the best currently available. £10 a month secures you endless social media, 6GB of data, unlimited calls and data and roaming across Europe at no extra cost.

For those keen on more, £15 secures 15GB and the same calls, texts and roaming benefits, while £20 sees the data package jump to a massive 45GB.

VOXI also offers handsets. The iPhone XR is available for £29 a month over 30 months and comes with a free pair of Beats X headphones. Alternatively, you can snap up the Samsung Galaxy S10e for £25 a month for 30 months.

That cost covers the phone only, meaning you need to get a data plan too. However, you’re not tied to buying a SIM-only plan from VOXI – you can have a different SIM-only deal with another network, as long as you keep up the payment on your phone every month.

Additionally, anyone referring a friend gets a £10 Amazon voucher once both of you have completed two months on VOXI. 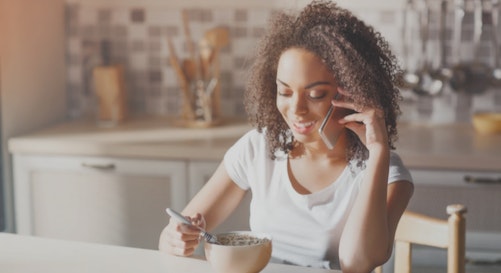 Customers looking for work can get unlimited data for £10 a month.

VOXI SIM-only deals: everything you need to know

A network for young 'uns. With data-free social media and messaging and more.