Samsung’s Galaxy S20 is less than a month away. Want the skinny on what Samsung has in store for the successor to the Galaxy S10? We’ve got all the rumours fit to print, including those on the name, 5G, and what camera skills the S20 will have.

We’ll be updating this page as more news breaks, so bookmark it now and check back regularly.

When will the Samsung Galaxy S20 go on sale?

Samsung will unveil the Galaxy S20 at the start of February. But the South Korean giant is once again shunning smartphone trade show Mobile World Congress and staging its own event instead.

Samsung Unpacked will take place on 11th February in San Francisco. You can watch live on the Samsung site, or check our Mobile site for all the latest news as it breaks. 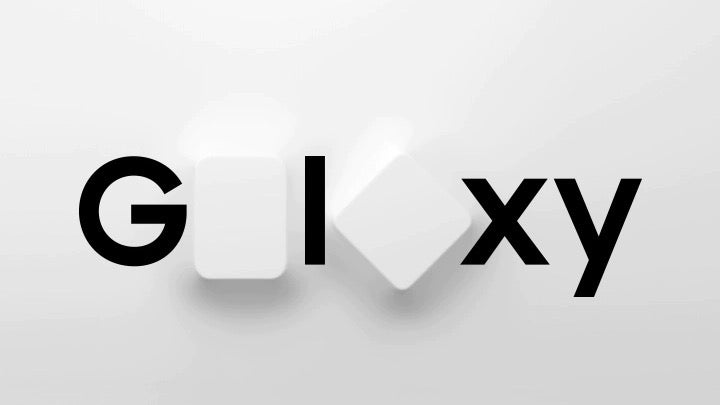 The S20 is expected to go on sale in the weeks following Samsung Unpacked.

What will the Samsung Galaxy S20 be called?

It’s the follow-up to the Galaxy S10, so surely Samsung’s next flagship should be called the Galaxy S11, right? It’s even being announced on the 11th of the month. That date can’t be a coincidence, can it? 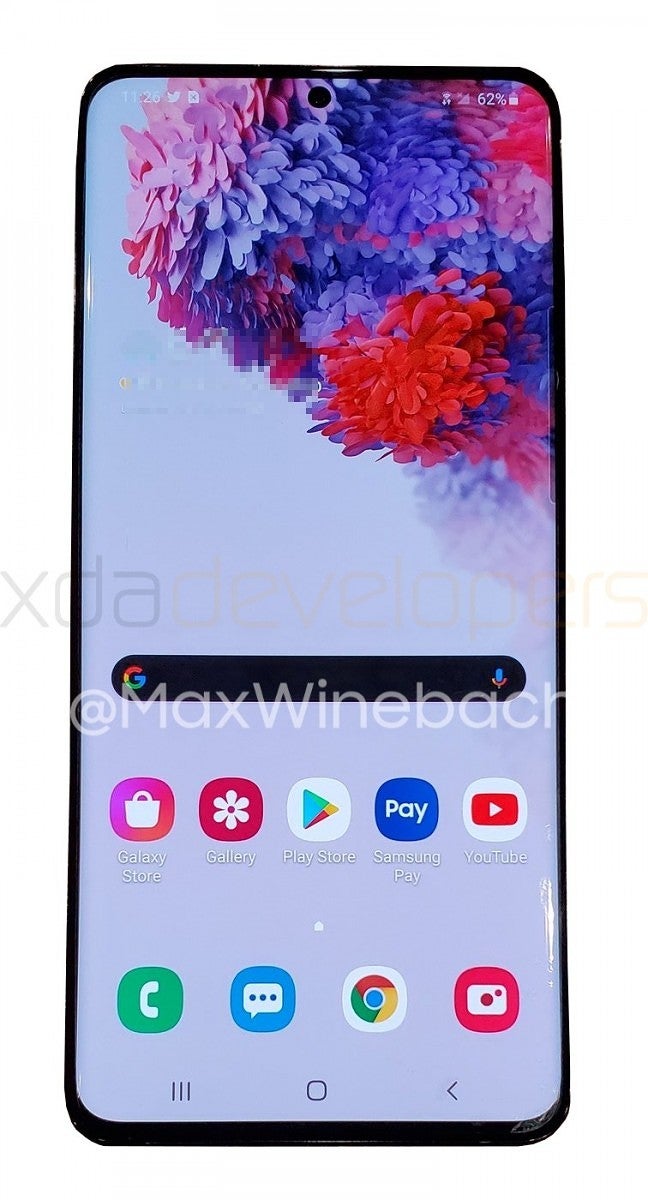 Probably not, but Samsung reportedly isn’t being so straightforward with the device’s name. According to XDA-Developers, it’s breaking with convention and calling the device the Galaxy S20. XDA-Developers even has photos showing the device booting up with the name on the screen, so these rumours have some serious credence. 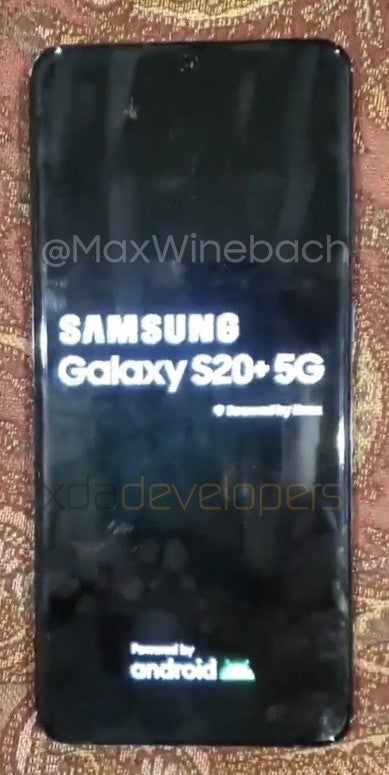 Why would Samsung not call it the S11? Internet whispers suggest the firm will call it the S20 because it will launch in the year 2020. But there’s also the fact that later this year Apple will launch the iPhone 12. Faced with two devices on the shelf, one with an 11 in the name and one with a 12, punters might assume the 12 is more advanced than the 11. Samsung likely wants to get round this discrepancy, and convince any undecided shoppers that it’s at the cutting edge of mobile tech.

It has previous. The Samsung Galaxy Note 5 was succeeded by the Galaxy Note 7 back in 2016 – Samsung skipped the Note 6 to bring the device in-line with that year’s Galaxy S7, and not make the Note look inferior with a lower number.

How much will the Samsung Galaxy S20 cost?

There’s no word on the S20’s price as yet, but we know this for sure: it won’t be cheap.

That’s a starting price, remember. If you want extra storage, it’s going to cost you even more.

How many models of Samsung Galaxy S20 will there be?

Lots. According to XDA Developers, we’ll see the S20 and S20+ as expected, but also a new even-higher-end model called the S20 Ultra. Samsung could also follow the entry-level S10e with the S20e as a more affordable option.

Add in 5G and LTE variants for all of these, and we could be looking at a whopping eight models of S20. And that’s before you start thinking about different storage options for each.

What about the Samsung Galaxy S20’s camera?

The camera has long been one of the key selling points of the Galaxy S range, and the S20 will be no different. The S20 and S20 Plus are expected to have 12-megapixel main cameras, along with time-of-flight sensors that enhance portrait video mode and AR applications.

But it’s the Galaxy S20 Ultra that’s expected to really up the camera stakes. According to noted leaker Ice universe, it’s thought to have a whopping 108-megapixel main sensor, which should help considerably when it comes to zooming and cropping.

Samsung already sells 5G versions of the Galaxy Note 10 and Galaxy S10, so it’s almost certain that the S20 will pack 5G. Though the jury is out on whether Samsung will also sell a 4G version for less money.

Remember, if you aren’t in an area with 5G coverage, your 5G phone will only be able to access 4G networks, so won’t be any faster. With 5G coverage in the UK still in its infancy, 5G could be useless for a lot of people for now. Though the situation is improving.

This being a high-end Samsung, expect it to have an AMOLED screen. This is brighter and sharper than an LCD, and better able to show the difference between light and dark parts of the image.

The screen is expected to have a refresh rate of 120Hz, double the current standard. That will mean much smoother movement than we’re currently used to, which will be great for animations and gaming.

Rumours have swirled of a 5,000mAh battery for the Plus or Ultra version of the S20. That would be bigger than the Note 10’s 4,300mAh model, and should provide excellent battery life.

You’ll be able to unlock the S20 by touching your fingerprint on the screen, according to leaks. This should be more accurate than an optical model, as it creates a 3D image of your fingerprint rather than just taking a photo. 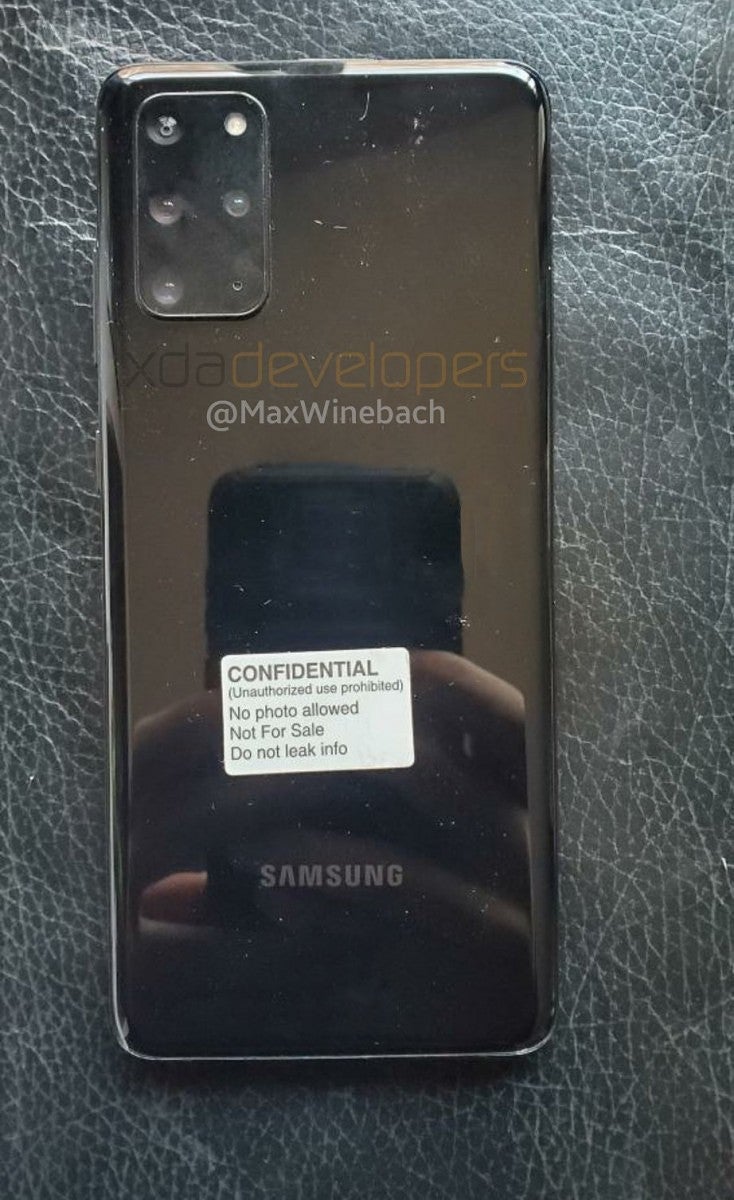 It should also mean it works with wet fingers.

Samsung will not include a 3.5mm headphone socket on the S20, according to the same XDA Developers leak as above. Perhaps this one shouldn’t be a major surprise, but it could still have gone either way. The Note 10 doesn’t have a headphone port, but the S10 Lite does.

Samsung will replace the port on the S20 with a USB-C socket. Which means you might need some new headphones...