EE has revealed its mobile network data report covering February to May 2020, which shows how the lockdown has led to changing smartphone habits and app usage.

EE has conducted research across its customers during lockdown and discovered that there’s been a 45% increase on communications apps such as WhatsApp, Houseparty and Zoom.

Zoom is one of the apps that’s seen the biggest boom during lockdown, as use of the popular video chat app has increased five times with people replacing face to face meet ups with group video chats to stay connected. 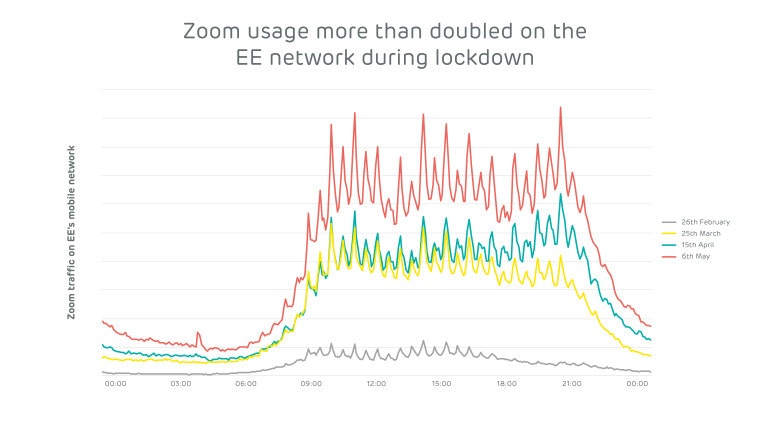 Traditional voice calls have also seen a big rise, with more and more people calling for a chat during lockdown than before - calls going on for over 5 minutes have increased by 50% with Friday and Saturday evenings seeing the most activity as friends and family catch up over the weekend.

Check out our guide on the best apps for social distancing

Another interesting trend is the rise in the use of fitness apps. Exercise tracker MapMyRun has seen usage double, with people heading out in the good weather we’ve had recently for runs where previously they may have gone to the gym. 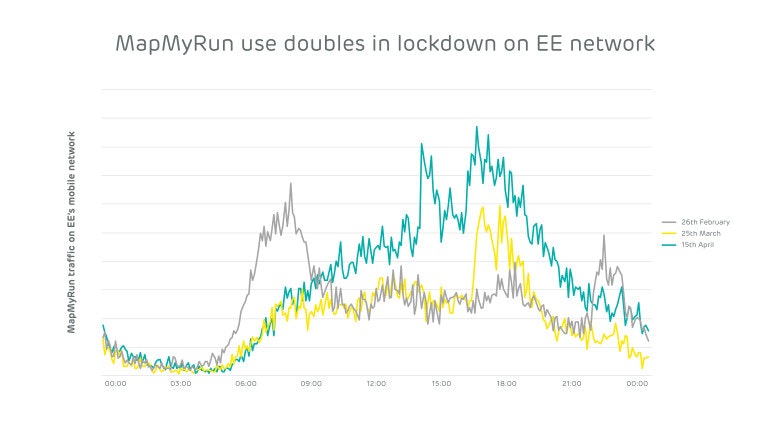 And with people being deprived of restaurants and eating out, Deliveroo takeaway orders have also leapt up since pre-lockdown levels.

Apps that have seen a drop in usage include Citymapper, which has seen a huge decrease in usage, and taxi apps like Uber and Kapten. 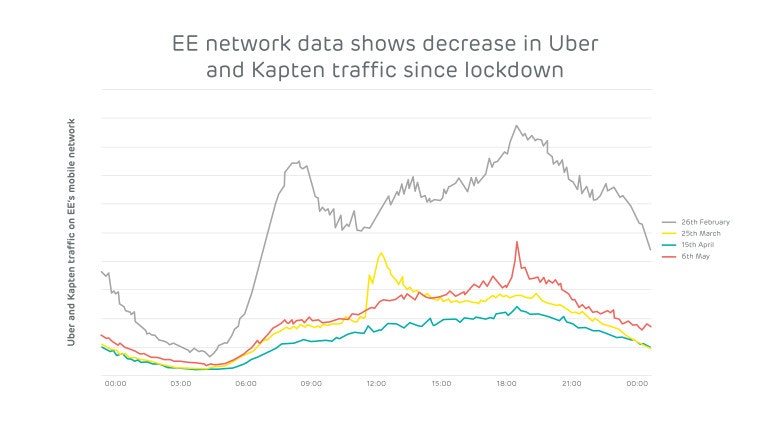 Interestingly, the increase in communications and usage of apps and services has shifted across the country. Before lockdown, the busiest area of usage on EE London, but that’s shifted to more suburban areas. Nearby Stevenage, a popular spot for commuters into London, experienced a massive spike, with a whopping 120% increase in data usage for apps used for communicating, like Zoom and WhatsApp. Next up was Hereford which also saw a huge increase of 118%.

Contrastingly, data usage in central London which has seen its usually bustling shops and business close their doors, has dropped by 58%. These changes of use can be attributed to people who previously would have ventured into the capital for work now working from home.

Marc Allera, CEO of BT’s Consumer Division, said: “Lockdown has clearly driven huge changes in the way our mobile network is being used. A 45% increase in traffic for communication apps like WhatsApp, Houseparty, Skype and Teams demonstrates the importance of staying in touch with friends, family and colleagues, while it’s also interesting to see how Network traffic is visibly shifting from cities to suburban areas."

"Fitness apps are seeing big spikes in data usage as we exercise outside more and online supermarket orders spiked massively in the early stages, and are now returning to a new ‘normal’. What’s clear is that the role of a highly reliable high speed mobile network has never been more important to our customers, and I’m pleased that the EE network continues to deliver a great performance even in these tough times.”