Sony has finally unveiled its next generation console, the PlayStation 5, and given gamers a look at some of the games they’ll be able to play when the PS5 is released later on this year.

With Coronavirus restricting a live event, the big launch took place in the shape of a pre-recorded stream that was broadcasted online, and it gave gamers a lot to get excited about.

In a bit of a departure from PS4’s all black design, the PS5 is a mix of bright white edges, a black centre and glowing blue hues.

The DualSense control pad follows this colour scheme, being mostly white with black touches. The PS5 and its control pad’s new design really does give out a futuristic ‘next generation’ feel.

As is customary of next gen consoles, the PS5 will deliver vastly improved visuals than its predecessor, and it also has a customised hard drive that could see loading times hugely reduced. It also boasts some impressive new features in the shape of 3D Audio and a 4K Blu-ray player.

Coming seven years after the PS4, the new PS5 will come in two versions, the standard edition and the digital edition, which seemingly does not have a disc drive.

As well as the long-awaited console reveal, Sony also gave the world a glimpse of the games its legions of fans will be able to get stuck into, and it’s an impressive selection.

Some of the PS4’s best loved titles are getting sequels, with some familiar faces coming back in next gen glory. In what is said to be an expansion of the 2018’s massively successful superhero adventure, a follow up to Spider-Man was shown in a trailer and this time it will be Miles Morales instead of Peter Parker. Some impressive details showed off what the new machine is capable of, with effects that we wouldn't have been able to see on the PS4. 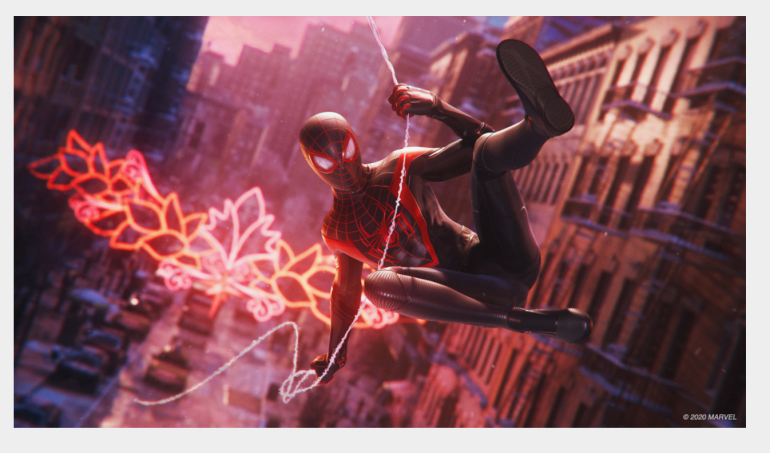 There was also a trailer for the latest installment of the long running and immensely popular Resident Evil series. Serving as a direct follow up to Resident Evil 7, the new title adopts the same first-person style and looks more terrifying than ever before.

Horizon: Forbidden West, Hitman III, and Ratchet and Clank: Rift Apart were also some of the sequels revealed as well as new titles such as Deathloop, from the makers of Dishonored, and a sci-fi horror named Returnal.

The president and chief executive of Sony Interactive Entertainment Jim Ryan said: "With PlayStation 5, we are making a significant leap to deliver a truly new generation of transformative play experiences that will redefine expectations for what games can be.

"Worlds will be richer and more beautiful, they'll captivate your senses in ways you didn't think possible, and you'll be able to experience them much more seamlessly, with lightning fast loading.”

"Today's showcase is just a glimpse of what's to come in the next generation, and we want to thank our community for taking this journey to PS5's launch with us."

However, two things lacking were a firm release date and perhaps more importantly a price. Rumours suggest Sony’s latest hardware could cost upwards of £500, but we do know Sony's machine will launch sometime towards the end of this year.