After months of rumours and speculation, Apple has finally revealed the date of its latest product event, and it’s right around the corner on the 15th September.

A new iPhone is what we all want to see, with iPhone 12 rumours going into overdrive over the last few months. Will there be an iPhone 5G? How many new iPhones will there be? What will the iPhone 12 camera look like? Will the release be delayed due to Coronavirus?

Here are all the iPhone 12 rumours ahead of its release

This year’s Apple launch won’t be held at the Steve Jobs Theater like previous launches, as the Coronavirus pandemic has but a halt on big events. Like many other product launches, the forthcoming Apple event will be an online only stream just like the company’s earlier WWDC livestream event. 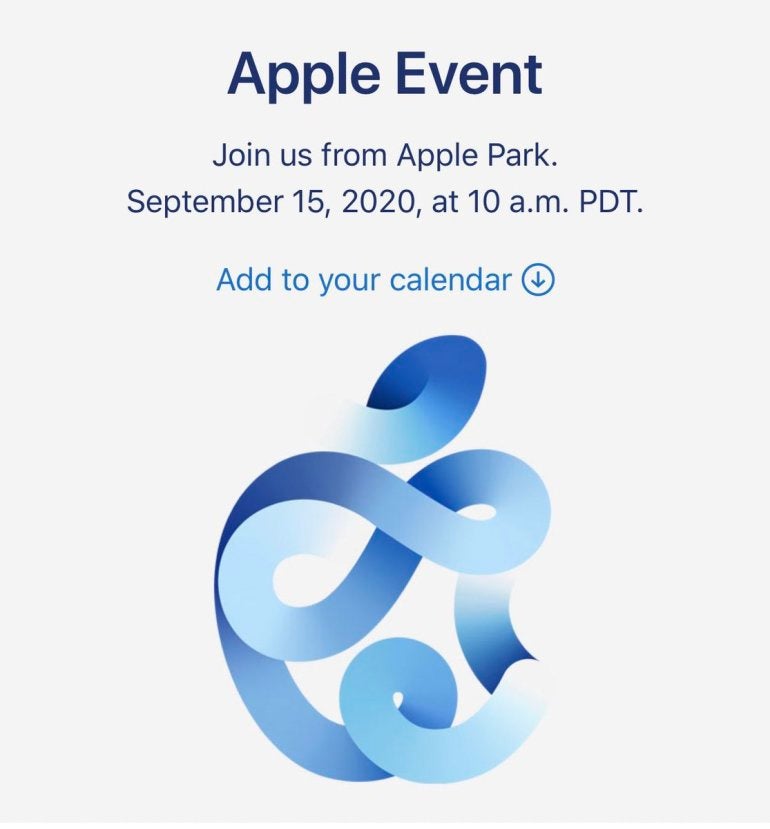 Now we don’t have any official word on what we’re going to see, as Apple has kept the details vague as usual . We expect to see a new range of iPhones, with potentially four new handsets set to be revealed - could this be iPhone 12, iPhone 12 Pro, iPhone 12 Pro Max and iPhone 12 5G?

However, it’s also possible that Apple holds off on revealing the new iPhone 12 and instead uses the event to simply show off the new iPad and Apple Watch.

Famed Apple in-the-know Mark Gurman of Bloomberg, has often been right on the money when it comes to iPhone news and he’s said that the event on 15th September will indeed be just for the Apple Watch 6 and iPad Air 4. He goes on to say that we won’t even get a glimpse of the iPhone 12 till October.

I am told Apple won’t announce the iPhone until October. This is for the iPad and Apple Watch in all likelihood. https://t.co/pw1oVXVoaL

There are also rumours that Apple may show off some new products like Apple AirTags, AirPods Studio and HomePod 2 too.

The event will take place online at at 10am PT in America which is 6pm BST here in the UK - it will be available to view on the Apple website, YouTube and other streaming sites.