Samsung makes some of the best and most popular phones around. In fact, it’s the world’s biggest smartphone maker. Its S21 range is up there with the finest Android handsets around.

But that doesn’t mean they have to be too expensive. Because it’s Black Friday! Which means deals deals deals. Here, we’ve rounded up the best deals around on Samsung’s best phones, both on contract and SIM-free, so you can bag one while saving yourself some cash.

Ready? Then let’s find you a bargain.

The S21 is one of the standout phones of the year. Why? It packs an awesome three-lens rear camera array, superb screen and mammoth battery that keeps it going all day. And now, it can be had with some big money off.

There’s £149 off the handset SIM-free at Amazon. It’s the entry-level model, but still, that’s incredible value for money.

Paying £45 a month will get the handset for free, and you get 100GB of data a month thrown in too. Bargain.

If you can afford to pay more for the phone upfront, do. It will reduce your monthly bill significantly. Here, paying just shy of £400 upfront brings the monthly bill down to £28. You know it makes sense.

If you want just the phone, there’s a staggering £150 off the RRP at Amazon. Remember, you will need a SIM-only deal on top of that. 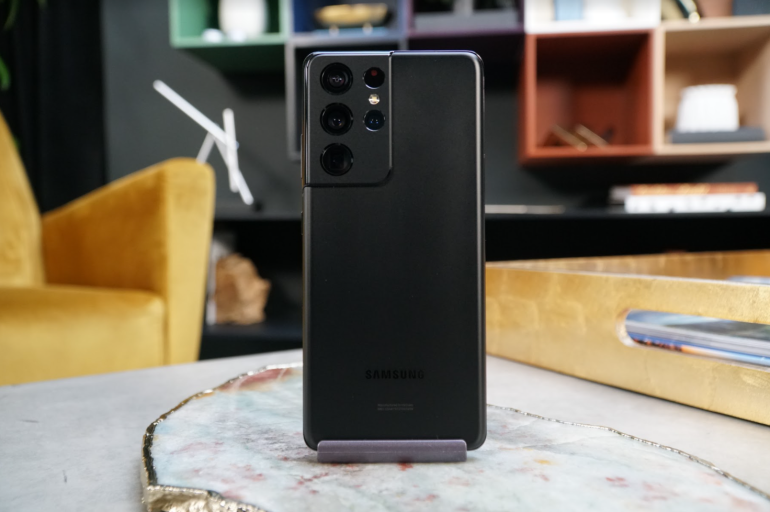 The S21 Ultra is top dog in the S21 family. Its screen stands a massive 6.8 inches big, and it’s more powerful than its siblings. The best of the best.

This might look like a lot per month, but there’s no upfront fee, meaning you get the handset completely free.

Want low monthly bills? Look no further. You will have to shell out £792.99 upfront for the phone, but then your monthly outgoing will be just £15. The downside? A relatively modest 6GB of data each month.

Samsung has launched its latest line of foldable phones. Find out more.

Get a bargain pay monthly plan with EE.