The iPhone 11 is only seven months old, but we’re already looking forward to its follow-up, the iPhone 12.

So, will it have 5G? Wireless charging? How much will it cost? And how many variants can we expect?

Read on to find out all the latest rumours.

Let’s start with an easy one. Almost all of Apple’s previous iPhones have launched in September, so it makes sense that the iPhone 12 will be no different, right? Not this year. 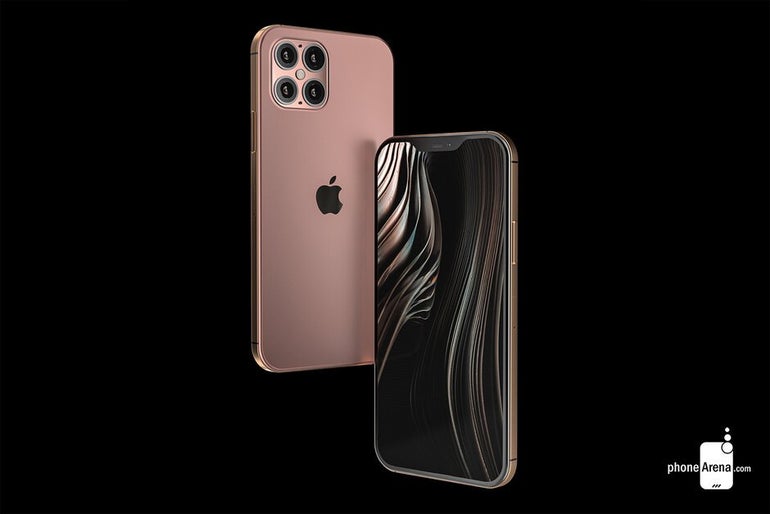 September's Apple event has been and gone, and all we saw were the new Apple Watch and iPad, with not even a tease of the new smartphones. So what's going on?

According to one report, issues with the supply chain caused by the Coronavirus pandemic have delayed the iPhone 12 actually reaching consumers’ hands.

Having said that, Apple is still expected to hit the all important autumn, pre-Christmas window, so the delay is looking like weeks rather than months.

And it looks like the date has now been sent: An Apple event will be happening on Tuesday 13 October, with all signs pointing to a big iPhone reveal. The tagline for the event is 'Hi, Speed', does this suggest we'll finally see a 5G iPhone? There's not long to find out now.

As with all details about the upcoming product, Apple is keeping tight-lipped about how much it will cost. But going on the current model gives us a pretty good idea what to expect.

Been seeing some reports speculating on iPhone 12 prices, so I asked my sources 👇

A recent leak suggests the iPhone 12 range will be marginally more expensive, but only by £50 or so. Since the iPhone 11 cost £699, the cheapest iPhone 12 could be around £649, which will make it closer to half the price of the premium models than before. It could even create some internal competition for the bargain iPhone SE.

These are iPhones after all, and they always command a premium.

Of course the iPhone 12 isn’t just a phone, it’s likely to be an entire family of handsets. According to rumours, it will comprise four phones of varying sizes and feature sets. 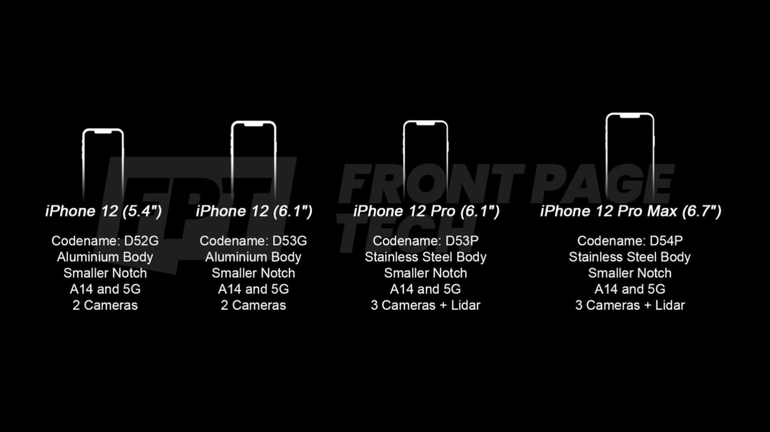 According to rumours, the 6.7-inch model and one of the 6.1-inchers will be the high-end ones, while the other two will be more affordable. Though they’re still likely to cost more than the recent wallet-friendly iPhone SE.

So what can we expect these phones to do? Lots, if the rumours are to be believed.

The two premium models are expected to have 5G for a super-speedy internet connection, letting you download and stream in the blink of an eye. (Though some analysts think all four models will have 5G.)

The premium variants are also expected to have triple-lens cameras, giving you tons of shooting options to make your photos look better than ever.

At least one of the high-end models will have a refresh rate of 120Hz, the rumours say. That matches the Samsung Galaxy S20. A 120Hz refresh rate will reduce lag and make fast-moving videos look more realistic.

All things point to the iPhone 12 receiving a serious processor upgrade. Multiple analysts have suggested Apple's iPhone 12 series will run on a drastically faster A14 Bionic chip, which will not only supercharge the phone's speed run, it should improve battery life too.

Rumours suggest the A14 Bionic chip will give the iPhone 12 a performance upgrade of around 30% - that's the biggest CPU upgrade in years. Not only will it ensure the iPhone runs as smooth as possible, it will also futureproof the devices and have them up there with the best smartphones for years to come.

The camera is always one of the main selling points of any new iPhone. And that should be no different with the iPhone 12.

Prototyping for iPhone 12 devices is just about finalized!

Expect to see CAD renders of the devices within the next month or two from your favorite leakers! 👀

Now let’s see if Apple can get them out by EOY! pic.twitter.com/nAfA7JHMx2

The device is said to have a laser-powered 3D camera. It will use the laser to calculate depth, so it knows exactly how far away an object is. This should mean better augmented reality applications, and possibly a portrait mode when recording video.

The latter would keep your subject as the focal point while videoing, and undoubtedly create some pretty cool effects.

So what will the iPhone 12 actually look like? If the rumours are true, it should be reminiscent of iPhones of old.

Expect flat screens as well, in place of the shopping displays seen on the iPhone 11 Pro and Pro Max.

We could be looking at the slimmest iPhone ever thanks to a thinner type of OLED screen, while the battery innards are also thought to be significantly smaller than current models.

Apple could ditch the camera notch from the screen, too. That’s thanks to a new front-facing camera, complete with new Face ID facial recognition tech that could make the camera notch a thing of the past.

We will almost certainly see a new colour too. Last year Midnight Green was the latest colour we saw an iPhone in, and it actually exceeded sales expectations. This year’s could be a colour that’s very on trend - navy blue.

Another rumour floating around is that the iPhone 12 may ditch accessories and ship without EarPods.

Wired EarPod headphones have been a staple of iPhones for years, with the all-white earphones becoming an iconic piece of modern tech. However, now that Apple has shifted to wireless AirPods, and iPhones don’t even have a headphone jack, word is the iPhone 12 could be the release that says bye to the EarPods for good.

A new iPhone will come with a redesigned look and a change to the home screen layout for the first time in years - but will there be any changes to the actual apps you can use?

Well, a hugely popular app that may no longer be available on the Apple app store is of course TikTok. The video app is a global smash, especially amongst the Gen Z demographic, but that could be set to change if President Trump has his way. The US President seems intent on outright banning TikTok due to supposed data and security threats the China-owned app presents. Another popular Chinese app, WeChat, could also soon be banned, as the US government continues to look at Chinese tech in a negative light.

Will there be an iPhone Flip?

There are sure to be plenty more rumours before the iPhone 12 is released, so stay tuned for the latest as it breaks.