iPhone 12 MagSafe: Everything you need to know

You’ve probably seen the headlines about the iPhone 12, so you know it comes in four variants with different sizes, cameras, colours and the like. But you might have missed one new feature that Apple announced. It’s called MagSafe, and it has the potential to change how we use our iPhones for the better.

Here’s what it is, how it works, and what it could mean for the iPhone in the future.

MagSafe is a method of attaching accessories to the back of the iPhone using magnets. The magnetic field it generates helps to ‘snap’ accessories into place, so you don’t have to fiddle with them yourself. 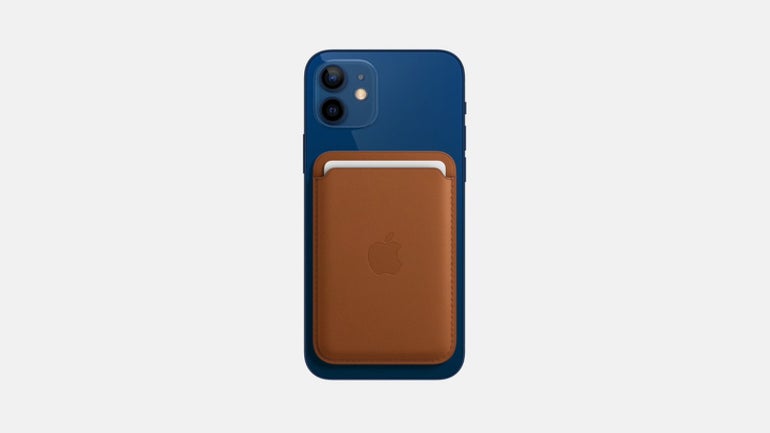 Not only does this mean cases will fit snugly, it also means wireless chargers will be positioned perfectly every time. (At the moment, if your phone isn’t in exactly the right place on a wireless charger, it will charge much slower than otherwise possible.)

Hasn’t it been around for years?

It has, but not in iPhones. MagSafe is a proprietary technology, which means Apple invented it and owns the rights to it, so no one can use it without Apple’s permission.

It was originally found in Apple’s laptops from 2006 onwards. Then, it used magnets to connect the charging cable to the laptop. If someone tripped over the cable when it was plugged into the wall, it would disconnect from the laptop, rather than yanking it onto the floor and causing damage to the machine.

However, Apple started phasing it out in 2016, replacing it with the more popular USB-C connector for faster charging. The iPhone 12 range marks the first time MagSafe has appeared on an iPhone.

What can MagSafe be used for?

All kinds of accessories can use MagSafe. Cases and wireless chargers are the obvious ones. But in future, all manner of add-ons could clip onto your iPhone, from more powerful camera lenses to in-car dashboard docks. The possibilities are endless.

How does MagSafe work?

Modern iPhones already featured a wireless charging coil inside. MagSafe just adds a magnet array to that. There’s also an alignment magnet element, to ensure that everything lines up perfectly every time.

Not only does this make it simple to attach accessories correctly, it also makes it easy to disconnect them. No more frayed charging cables that are tired of being yanked out. You can just take your phone off the wireless charger. And cases won’t become worn by being peeled off your phone. Just snap them off and swap them at will.

Will MagSafe break my contactless card?

When we were young, we were warned about using magnets near computers. One touch could wipe the entire hard drive, we were told. So how come MagSafe doesn’t damage your phone? Or your contactless cards, for that matter?

The reality is that magnets can damage electronics like computers and smartphones, but it would have to be a large and powerful one to do so. The magnets used in MagSafe – and other magnetised cases like those made by Mous – aren’t powerful enough to do any damage to your phone’s GPS, compass or battery. And the same goes for contactless cards. So you can travel safe.

What MagSafe accessories are available?

So far, only a handful of MagSafe accessories have been announced. But if you listen carefully, you can practically hear the case makers beavering away making new products...

Apple has announced its own range of MagSafe cases that clip into place. These include silicone and clear options – the latter is ideal for showing off your new iPhone and its natty colour scheme.

When snapped into place, your iPhone will recognise the case and show a matching animation, so you know it’s on properly.

There’s also a leather MagSafe sleeve from Apple. When your iPhone detects it’s wearing it, it will show a clock which is visible through the sleeve’s window. The clock is colour matched to the sleeve, too. They think of everything.

Want to take your cards with you? Apple has made its own MagSafe leather wallet to hold your credit cards, work passes and the like. Plus it has some leather shell cases waiting in the wings.

It also has a MagSafe charger, and a MagSafe Duo charger, which lets you juice up your Apple Watch and iPhone at the same time. 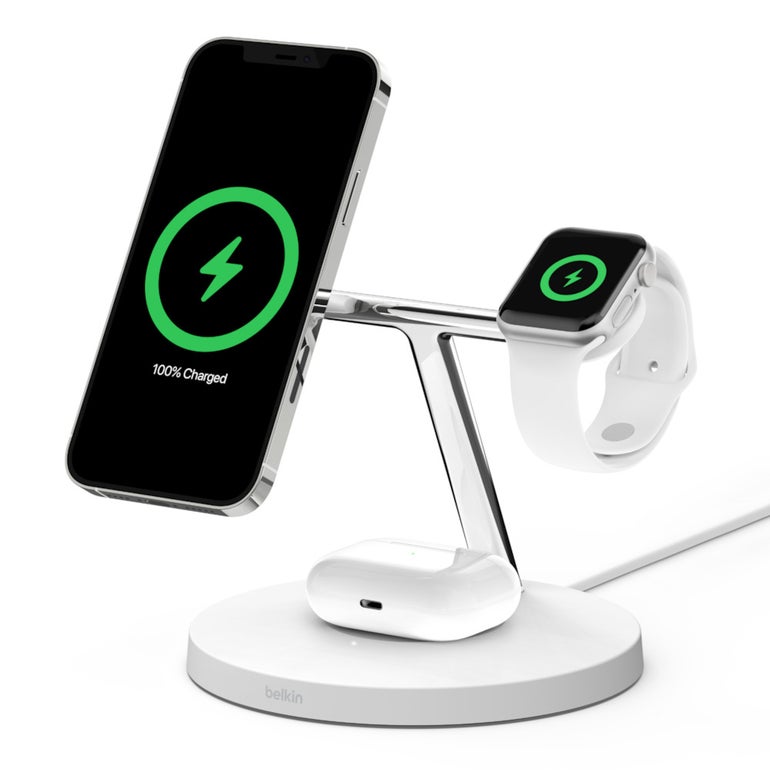 But that’s not all. Apple has promised a whole new ecosystem of iPhone accessories, and that inevitably involves other companies. Belkin was one of the first to announce a MagSafe accessory – a 3-in-1 dock that holds your iPhone and Apple Watch suspended in the air and your AirPods wireless headphones below. Naturally, it charges all three devices at once. Handy for the bedside table.

Expect an avalanche of other third-party MagSafe accessories coming soon.

What could MagSafe mean for the future of the iPhone?

These accessories are all very exciting, but what’s even more exciting is what MagSafe could mean for the future of the iPhone.

For starters, wireless charging will become even more important, as MagSafe makes it more convenient and reliable. It makes it faster, too: when connected correctly with MagSafe, an iPhone 12 can charge at 15W, compared to 7.5W with a bog-standard wireless charger.

With the Lightning port redundant, Apple could remove it from the iPhone altogether, just as it did with the headphone port a few years ago. While it would undoubtedly annoy some iPhone owners, as it would force them to buy a wireless charger, it would allow the iPhone to be even slimmer than now. And it would mean waterproofing could be improved, as there would be no opening to let in the wet stuff.

For now, MagSafe means cooler accessories with improved functionality. But in the coming years, it could mean so much more...