Satellite broadband is an alternative way of getting internet in your home. Just like satellite TV, it’s beamed all the way from space to a satellite dish that’s installed on the property. It then gets hooked up to a Wi-Fi router just like normal broadband. Because it doesn’t rely on a network of cables going into every home, it’s expected to become a favourable option for people living in rural areas in the years to come.
Share this guide 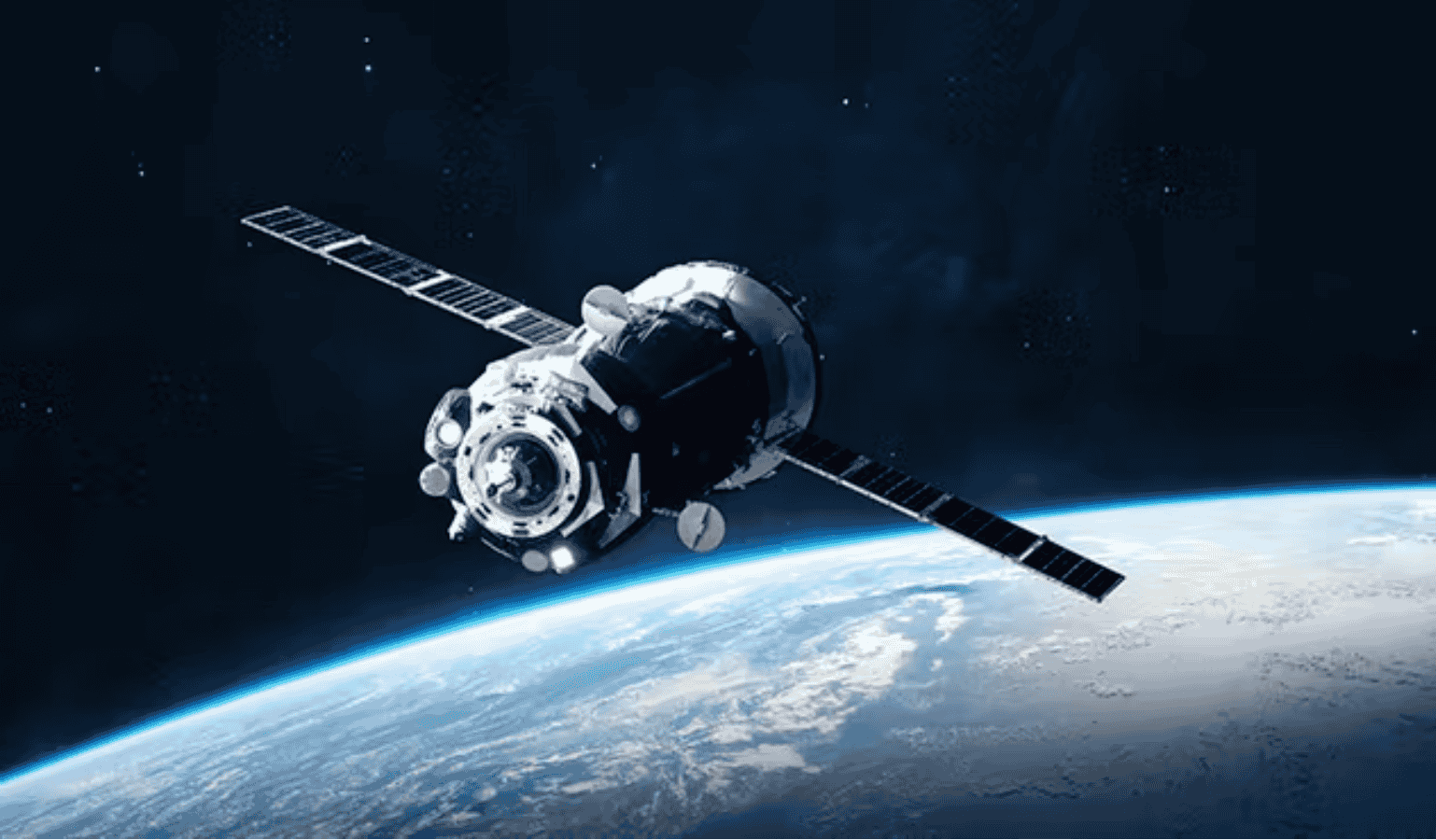 While a small number of UK households already use some form of satellite broadband, new upgrades to the technology and a lot of industry investment is set to make satellite internet a lot faster and more reliable.

Notably, companies like Elon Musk’s SpaceX and OneWeb are revolutionising the technology right now, with satellites now able to provide internet speeds of up to 300Mbps. That’s much faster than the UK average speed, which currently stands at 64Mbps.

To put this into perspective, you could use satellite broadband to download a two-hour HD film in around four and a half minutes, but it would take roughly 18 minutes with a speed of 64Mbps.

Read on to learn about satellite broadband, and if you could benefit from it once it becomes available to you.

What is satellite broadband?

While the rollout of full fibre means that almost all UK households should be getting significantly faster broadband speeds before the end of the decade, many rural properties are unlikely to see the benefits of this any time soon. Full fibre is both difficult and expensive to install at some of these locations, so homeowners often have to look for different types of broadband to get connected to the internet.

This is where satellite broadband could help. This is a home internet connection shared between a personal satellite dish and one of the many signal-boosting machines high above us in low Earth orbit.

For remote areas, or homes that are completely separated from neighbourhoods, a satellite broadband connection is often the answer to getting online. Some properties are just too withdrawn for providers to lay fibre cables. But satellite connections can stretch pretty much anywhere in the world (provided you have a dish to receive it).

How does satellite broadband work?

Normal communications satellites work by transmitting radio waves to antennas down on Earth. Those antennas then provide our connected devices with the signal they need to communicate, and that’s how mobile phone calls and mobile internet tasks usually happen.

These satellites have been providing the internet to a small number of isolated properties for years. But the technology is quite old now, so it’s a lot slower than almost all other types of broadband.

Thankfully, though, this is all set to change. New satellite broadband companies with a lot of money to spend have emerged onto the scene recently, promising a huge overhaul to both the speed and availability of satellite broadband.

The new satellite internet technology that’s currently being introduced is expected to completely replace the older, slower system that currently exists. Led by Elon Musk’s Starlink project (a division of his company SpaceX) and European company OneWeb, these new satellites use lasers instead of radio waves to work.

What’s important to know is that both lasers and radio waves move at the speed of light, so it isn’t technically the ‘speed’ it travels that makes the difference. However, lasers move on a much higher frequency than radio waves do, so much more data can be transferred on them at any given time.

That’s why we often refer to broadband speed as ‘bandwidth’, because it’s not necessarily how fast data travels, but how much data can be transmitted at once.

This key difference is what allows Starlink and OneWeb satellites to provide much faster internet than normal communications satellites, because more data, more often, means you can do a lot more with your broadband.

How fast is satellite broadband?

So what actually are the speeds you can get from satellite broadband?

That’s comparable to speeds you can get with fixed-line full fibre broadband, which is a significant improvement. Those speeds could future-proof a home for years, and could finally provide an ultrafast, ultra-consistent broadband connection for the UK’s most remote homes.

Satellite internet speeds have only reached this maximum level a few times so far. But as these new networks grow and become more robust, we’re likely to see numbers that high a lot more regularly.

If you were to use that connection now, however, you’ll likely see average speeds of 70-100Mbps. That’s still a very reasonable speed for almost everyone, though. It’s about average for the UK and can still cope with multiple people streaming HD video at once. So rural homes that could only manage standard broadband speeds before would still see a huge improvement in their connection.

Which satellite internet providers are in the UK?

There are a number of satellite broadband providers offering the older, slower satellite internet connection to a small number of households in the UK. But as for the new, much faster service, there are currently only two in operation. And only one of them is actually available to parts of the UK for commercial use right now.

Availability is expected to grow rapidly this decade though, so make sure to keep an eye out for where it rolls out. 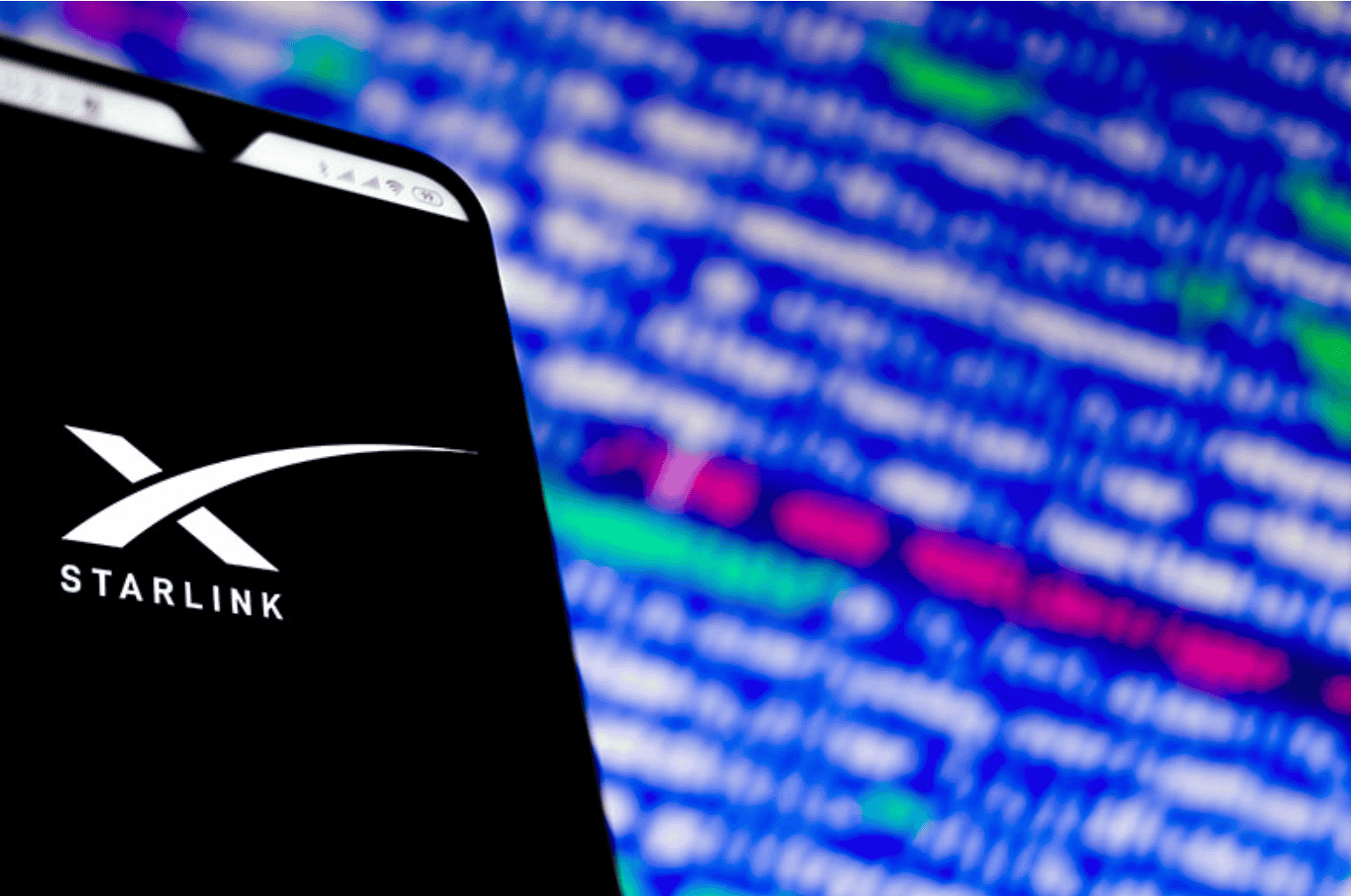 By far the most prominent satellite broadband company, Starlink is owned by Elon Musk’s company SpaceX.

It has already launched well over a thousand satellites into low Earth orbit, and has even started offering broadband packages to a number of lucky customers in the US, Canada and the UK.

Currently, only customers in very select rural areas have been able to use Starlink broadband, given its limited availability and high installation costs.

However, Starlink may soon be able to achieve "blanket" internet coverage across the UK, thanks to a recently-acquired license for a satellite ground station in the Isle of Man.

This would be the third stallite station after its existing ones in Cornwall and Buckinghamshire, and once in operation would be the final piece of the puzzle for covering the entire country.

So keep an eye out for Starlink broadband in the next few months — it might soon make its way to your area.

Find out more about Starlink with our dedicated guide.

OneWeb is a UK-based satellite internet brand that recently restarted operations after initially collapsing in early 2020. The UK government then won the bid for its assets, acquiring it in partnership with Indian company Bharti Global for around $500 million.

It has launched around 288 satellites into low Earth orbit so far, but has not started commercial operations and isn’t available to customers just yet. However, OneWeb chairman Sunil Bharti Mittal has said he hopes for the service to launch in November 2021, with a global operation available by June 2022.

The satellite broadband company also recently launched a partnership with BT, where the pair will search for ways that rural households and people at sea can access much faster broadband. The agreement will also look to improve phone signal for these residents as well.

"It is clear that greater partnership is needed, both with government and within industry, to ensure connectivity can reach every last corner of the country."

There are quite a few satellite internet providers to choose from. However, aside from the above brands, these companies will only be offering standard satellite broadband. This is a lot older, slower and still quite expensive for what you get from it.

If you have 4G coverage where you live, you might be better off looking for a mobile broadband deal. They’re cheaper, faster and a little more reliable than a standard satellite connection.

However, if you’re already in a rural area, 4G might be hard to come by. So a standard satellite broadband or ADSL connection will probably work better for you.

Is satellite broadband available where I live?

It’s unlikely that satellite broadband will be available to your home right now. However, it’s definitely worth checking if you live in a remote area. Just be aware that availability is currently very low.

How to get satellite internet

You can check Starlink’s availability to your address on the Starlink website.

Other satellite internet providers that offer the older technology might have better availability than Starlink at the moment. Take a look at ISPreview’s list of satellite broadband providers available in the UK to see if your home could access their services.

How expensive is satellite broadband?

Due to the advanced equipment you need to use satellite broadband at home and the high costs of business that providers have to deal with, it can be very expensive. It’s especially pricey when compared to other types of broadband that offer the same, or faster, speeds.

Just getting a satellite dish installed at your property for it to work will cost hundreds of pounds, and the monthly bill you’ll then be charged is much higher than most entry-level fibre broadband deals. And Starlink, which offers much faster satellite broadband, currently charges £89 per month. This is significantly more expensive than almost every gigabit-speed broadband service.

These charges make satellite broadband potentially the most expensive type of broadband you can get.

Should I get satellite broadband?

For the vast majority of UK residents, the answer is not yet.

While its speeds will soon skyrocket, it will be a very long time before it’s priced anywhere near the same level as other, much more available types of broadband. If your options for broadband are limited, it might have to be a consideration, but it’s best to avoid if you can help it. At least until it becomes a much more competitive option.

Essentially, you would have to be comfortable with the cost of a satellite broadband service in order to be happy with the service you get from it. And if you’re at all concerned about price, you should definitely seek an alternative type of broadband.

While you wait for satellite broadband to find its feet, it’d certainly benefit you to compare broadband deals in the meantime. Fast fibre deals are getting cheaper by the year, so if you haven’t switched in a while, you could make a huge saving on a speedy package.