Knowing what to do after a car accident will help the insurance claims process go as smoothly as possible. Read on to find out more about the steps you need to take to make a claim on your policy.
Share this guide

It can be a shock if you have had a car accident but your insurer can help you make a claim. Knowing what to do after a car accident will help the insurance claims process go as smoothly as possible. Read on to find out more about the steps you need to take to make a claim on your policy

What should I do after an accident?

If you have been involved in an accident with another driver’s car and need to make a car insurance claim, the first step is to take down the following details and be prepared to do the same for the other car's driver:

You might also want to take the names and contact details of anyone else in the car, any witnesses and particularly anybody injured.

If you are not driving your own car you should provide the name and contact details of the car’s owner.

The Road Traffic Act 1988 s170(2) says if you are the driver and involved in an accident causing damage and/or injury to someone else, the driver must:

“Stop and, if required to do so by any person having reasonable grounds for so requiring, give his name and address and also the name and address of the owner and the identification marks of the vehicle.”

Should I take photos if I have crashed?

It’s best to take photos immediately after an incident. You should also make a sketch showing where the vehicles were, the direction they were travelling and any key other features, such as where witnesses were standing. Note the weather conditions and the road surfaces as well.

This should help you remember the events better if the insurance company needs to get back to you. More importantly it reinforces your statement and helps confirm the details of your claim.

If your car was stolen or the other driver involved in an accident with your car is not insured, you will also need to contact the police to report the incident before you speak to your insurer about making a claim.

If anybody is injured in the accident you must call the police. You should, if possible, get the names and contact details of anybody hurt. 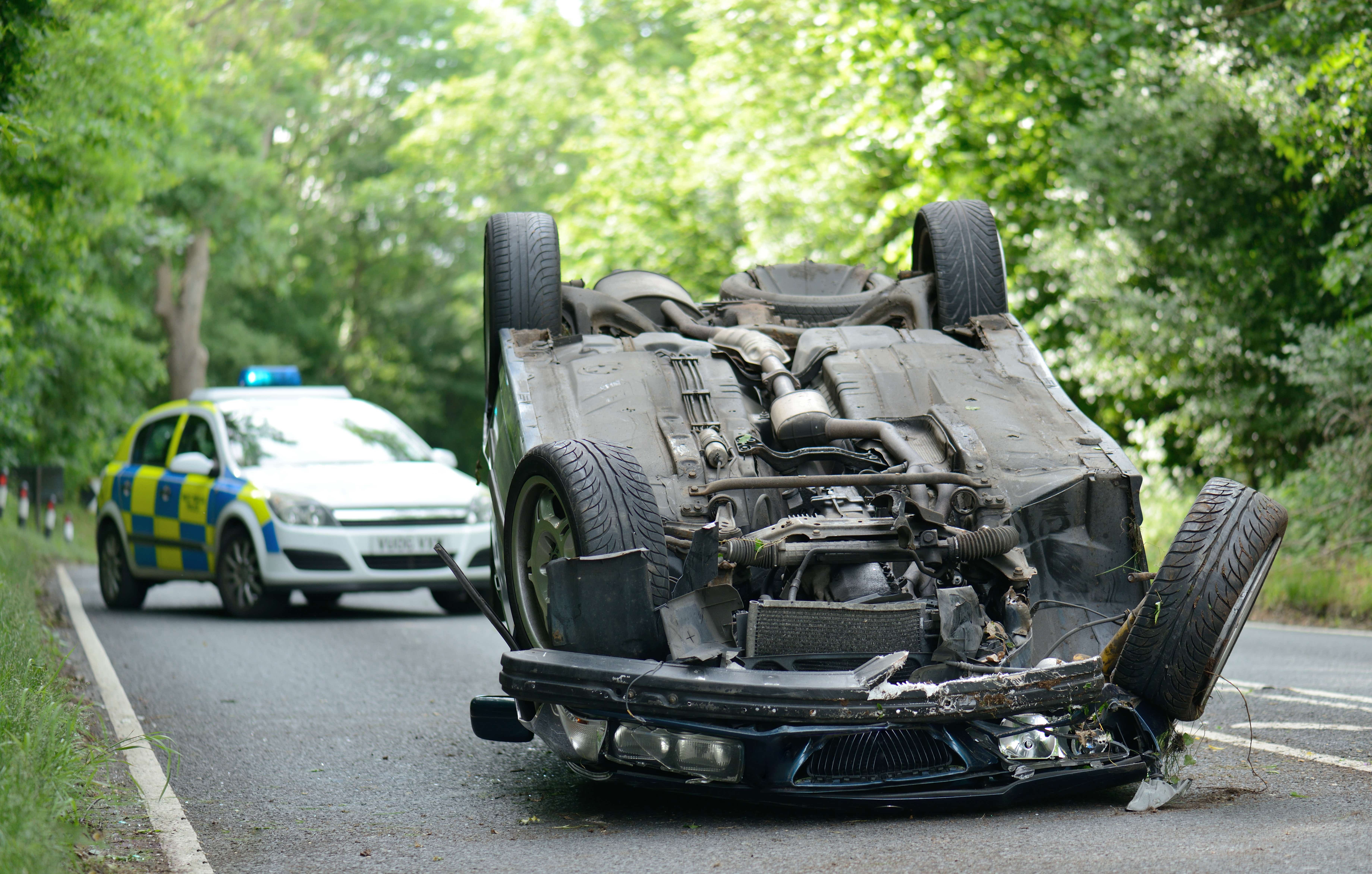 What should I tell my insurer when making a claim?

If the accident involved another car you’ll need to provide your insurer with the details. Here are the eight most important pieces of information your insurer will want to know:

Having all of these details ready to give your insurer can reduce the risk of your car insurance claim being delayed.

Be aware that if you have a minor accident that's below the cost of your excess, the insurance company will expect you to resolve it yourself.

What if the other driver is uninsured?

If the other driver is uninsured, you will need to report the accident to the police as it's required by law for all motorists to have insurance. You'll also need to inform your insurer who should be able to help you with the next steps for making a claim.

How long after an accident can you claim on insurance?

It’s vital you contact your insurer as soon as possible after an accident, ideally within 24 hours, or you could invalidate your cover.

Many car insurance policies will have a set limit on the amount of time you have after an accident to report it. Check your car insurance policy for the details – time periods can vary from two days to two weeks after the incident.

How do I make a car insurance claim?

To help you make a successful claim, follow our car insurance checklist:

Once you’ve contacted your insurer you'll usually be sent a form to complete — try to give your insurer as much information as possible and provide all relevant documents when making a car insurance claim.

Notify your insurer even if it’s only a minor accident — failure to do this could invalidate your car insurance.

Can I make a car insurance claim if it wasn’t my fault?

If you are involved in an accident that wasn’t your fault, this could be considered a ‘non-fault claim’. The no-fault claims process is just the same as if you were at fault. But  your insurance provider will try to recover the cost of any repairs from the other driver’s insurance provider.

It’s also possible that you will lose some or all of your no claims bonus (NCB) with a non-fault claim unless it was protected at the time of the accident.

You can find out more about non-fault claims in our guide.

If other people were involved in the accident, your insurer will contact the insurance companies of the other people to resolve the claims. Some insurers only agree to pay for car repairs carried out by their own approved mechanics — wait for your insurer to contact you with the garage details before rushing to have your car fixed as you could end up paying for the repairs yourself.

You may not have to pay any excess if it can be proved that the accident was not your fault and your insurance company can recover the money from the other driver's insurance. If you caused the accident then you will almost certainly have to pay the excess and, as a result, your car insurance premium is likely to increase in the future.

The length of time it will take to receive your settlement will depend on a number of factors, including how quickly you reported the accident and whether it’s clear who was at fault.

If there is a dispute over who was to blame, if the accident was severe, or there is a lack of evidence, it’s likely to take longer.

Your insurer could reject your car insurance claim for reasons such as:

If your insurer does turn down your claim, it must give you a reason. If you think your insurer’s decision is unreasonable, you can try to negotiate.

What if a car insurance claim is made against me?

If the other driver decides to make a claim against your insurance and the accident was your fault, the process should be straightforward, providing you agree you were to blame.

Once you have informed your insurer, they will take over handling the claims process and you will not need to do anything else. You will not have to pay an excess if a third party is claiming against you.

If you don’t agree that the accident was your fault, your insurer will investigate the evidence further to determine who was to blame. The claim will either then be settled in full by either driver or on a split liability percentage between both parties.

Why does car insurance go up after a claim?

The size of your car insurance premium increase will depend on whether or not you were at fault. If the accident was not your fault, the price hike will be much smaller than if you were to blame.

Your premium increase will also depend on other factors such as whether you’ve made a claim on your insurance before, the cause and severity of the accident, and your overall driving history. However, you’ll usually be looking at an increase of between 20%-50%.

You will also generally lose any no-claims discount you have built up, unless you have protected this. Be aware, however, that even if it’s protected you could still see your premiums rise.  This is because a no-claims discount is a reduction from a baseline car insurance premium. Having an accident could increase this baseline charge, meaning - even though the size of the discount is the same - you will see higher premiums overall as a result.

When taking out car insurance, you will usually be asked to disclose details of any accidents you’ve been involved in over the past five years. This includes those where you were not at fault.

If you are not honest about your claims history, your policy may be invalidated and any future claims would be rejected.

Will I get a criminal record after a car accident?