What is whiplash and how easy is it to claim compensation? This guide spells out how a whiplash injury is caused, who is liable and how to make a claim, as well as the impact of government efforts to cut out fraudulent claims.
Share this guide 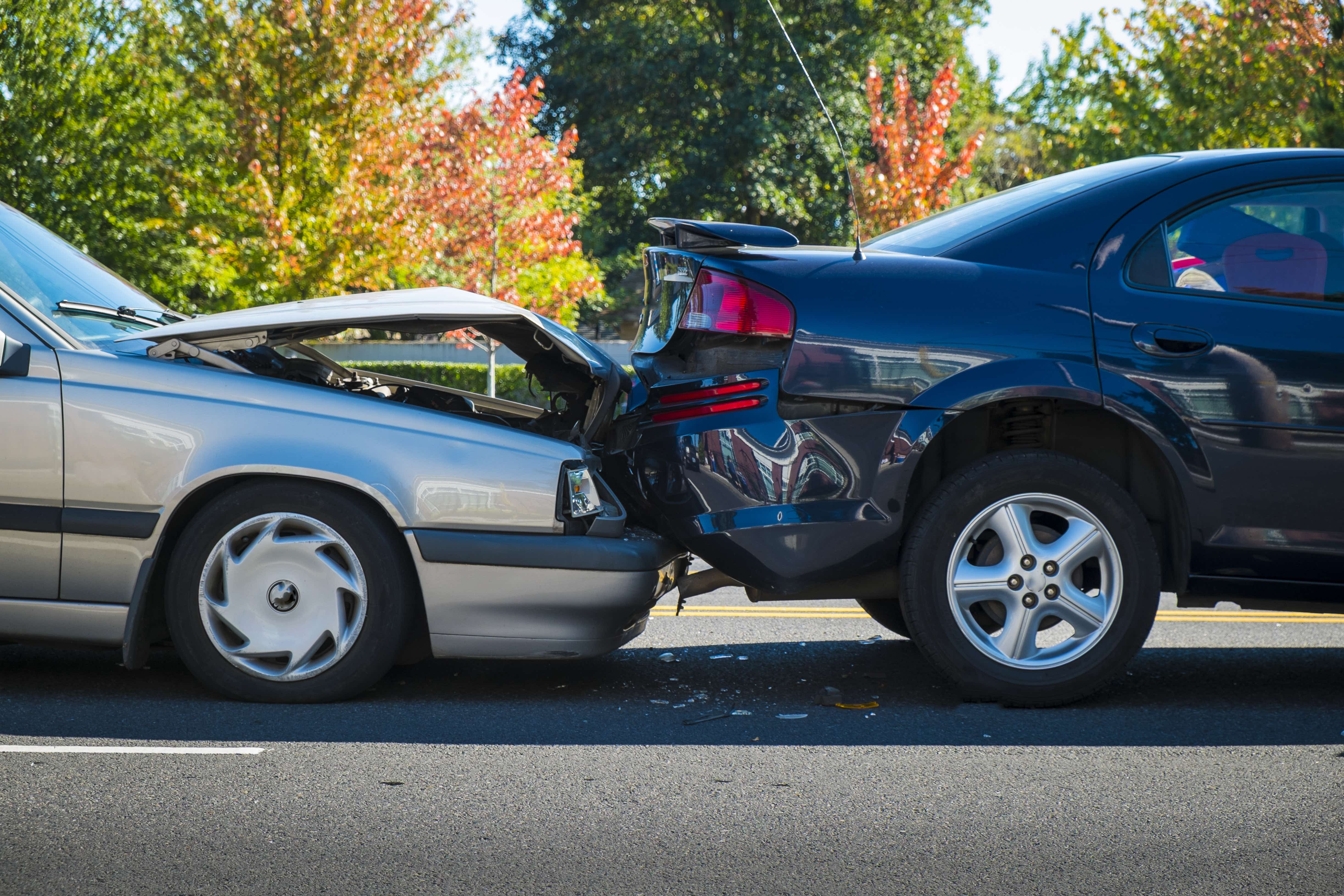 Can you claim for whiplash after a car accident?

Whiplash is the most frequently claimed injury on UK car insurance policies, according to the Association of British Insurers, with more than 1,500 claims a day. In 2018 the UK government introduced new measures aimed at reducing the number of whiplash claims.

You can still claim for whiplash injuries, but in April 2021 the process became more rigorous,

While whiplash is a non-medical term, it describes the movement of the head and neck when sustaining this type of injury.

A whiplash injury can result in chronic pain for many years following an accident and while the symptoms are not difficult to diagnose, physical signs of damage – such as fractures and torn ligaments – are not always apparent.

Whiplash can be caused by a sudden jolt, for example in a motor vehicle accident, the head is thrown forward rapidly - like the "lashing" of a whip. This is followed immediately by the recoil effect as the head is thrown backwards when the body meets the resistance of the car safety belt.

This sudden and forceful movement can overstretch ligaments and muscles causing some short-term problems with pain and mobility. In extreme cases, whiplash can result in spinal damage, causing long-term chronic pain that may require medical treatments such as physiotherapy and pain management.

How do I know I have whiplash?

Whiplash symptoms may appear just a few hours after the incident that caused the whiplash injury. Usually beginning with a headache, stiffness in the neck is likely to follow, and aches in the shoulders, back and arms can also develop.

These symptoms can worsen in the following days, sometimes resulting in muscle spasm and difficulty in moving the head. In the worst cases, whiplash may cause spinal or nerve damage that results in shooting pains and feelings of weakness in the arms and legs.

The NHS recommends an urgent GP appointment or call 111 if:

Should I claim for whiplash?

In most cases, the symptoms of whiplash will fade in a few days or weeks, and painkillers will provide the only medical treatment needed.

If, however, the symptoms continue or get worse it may be necessary to seek further medical treatment. Compensation payment may be required to meet the cost of treatments such as physiotherapy and pain management therapy.

Who is liable for a whiplash injury?

If your whiplash injury is the result of an accident you caused, any claim for personal injury damages is likely to fail, unless you have personal accident cover on your car insurance policy.

However, if it was the fault of another driver, you have a claim. Always be sure to get the names and addresses of any witnesses to the accident so there’s proof of liability.

There are some cases where both parties are partially to blame for an accident – both denying full liability. Such “liability disputes” are handled by the legal representatives of both parties, and a split in liability will be negotiated.

In such disputes it is important to get the names of witnesses and other evidence in support of your liability claim, as any damages due will be divided in accordance with the split in liability: for example, if you are found to be 25% liable for the accident, any compensation payment will be split 75/25 in your favour.

How do I make a whiplash claim?

There are hundreds of personal injury lawyers who can manage the whole process for you but it became more difficult to claim for whiplash when in December 2018, the Civil Liability Act was introduced. The act was aimed to help reduce the number of personal injury claims that the government said were "symptomatic of a wider compensation culture".

To avoid fraudulent or exaggerated whiplash claims for minor injuries, the government set limits on compensation payments and required all claims to be supported by medical evidence. These whiplash reform measures are due to be implemented in April 2021.

Do I need a lawyer to claim damages for a whiplash injury?

Most cases are settled out of court and your legal representative will usually, for either a fixed cost or a percentage of the compensation award, present your claim on a "no win, no fee" basis.

From April 2021, however, under the Civil Liability Act reforms, the government is increasing the small claims threshold from £1,000 to £5,000 for road traffic accident injury claims – including whiplash.

While it aims to simplify the personal injury claims process, it also means that those seeking claims of £5,000 or less will be unable to instruct professional legal representation.

You must present your claim yourself through a new online claims portal and provide medical documentation to prove a genuine whiplash injury.

How do I prove my whiplash injury is genuine?

Presuming you have already visited a doctor who has diagnosed your whiplash symptoms, the most important thing you will need to provide in support of your whiplash claim is a medical report to prove your injury.

This is now standard procedure and, for the cost of £180, medical reports must be sourced through MedCo.org.uk.

This is a web portal set up by the government to tackle the increase in compensation claims for injuries caused by road traffic accidents. The MedCo board consists of representatives of the following organisations:

Do whiplash claims get rejected?

Make sure you have the names and addresses and phone numbers of any witnesses to the accident. Take photos of the accident scene, particularly the damage to your car. Get copies of any police paperwork if they made a report on the accident.

How much can I claim for whiplash?

There is no set amount but after April 2021 any claims below £5,000 will have to be handled without legal aid through the online claims portal.

Insurers will defend a claim against them if they think it is fraudulent or spurious in any way, so don’t be tempted to exaggerate your symptoms or the severity of the accident. Despite the “no win, no fee” mantra of most injury lawyers, you could end up paying costs if your claim goes to court and you lose.

Insurer Aviva notes that fraudulent claims, including “crash for cash” scams, cost the insurance industry around £340m a year. It, and many other insurers, are investing more in defending claims and in 2017 Aviva successfully defended 800 of its customers against spurious claims.

Why are the new whiplash measures?

In its paper introducing the Civil Liability Act, the government said in 2017 personal injury claims after road traffic accidents were up by 50% from 10 years previously, despite substantial advances in car safety.

While it is difficult to say exactly what impact such claims have on the cost of insurance, the ABI estimates that the cost of whiplash claims adds £90 to the average premium.

The government aims to stop fraudulent and exaggerated claims for minor injuries by placing more of the burden upon the claimant and less on the legal profession.

These measures, the ABI hopes, will save the car insurance industry up to £2bn a year – savings insurers can pass on to policyholders in the form of cheaper premiums.

What is the average payout for whiplash?

Currently, most cases will be settled for between £1,000 and £2,750, with the average payment being just below £2,000. Most of these are settled out of court between the claimant’s insurer and that of the liable party.

From April 2021, however, the whiplash reforms under the Civil Liability Act will fix the amounts paid for injuries that last less than two years, ranging between £235 and £3,910 - depending on the severity.

Legal experts will still act on behalf of those who have sustained long-term pain and hardship through a whiplash injury, and who are seeking well beyond the £5,000 limit awarded in small claims settlements. Such claims can amount to tens of thousands of pounds.

Can I claim for whiplash on any car insurance policy?

You can claim for whiplash injury compensation if the accident was not your fault as you will be claiming against the insurer of the other party involved.

If your injury is the result of an accident that was your fault, personal accident cover on your car insurance policy will usually pay out for whiplash claims.

But personal accident cover doesn’t always come as standard. Check what is offered when selecting a policy. Many comprehensive policies include personal injury cover, but most third-party, fire and theft policies do not.

Check also if personal injury cover comes included if you are buying some of the more bespoke products such as multi-car insurance or temporary insurance.

How can I avoid whiplash?

Most modern cars are fitted with safety features designed to minimise trauma to the head and neck to reduce the risk or severity of whiplash.

In addition to the mandatory seat belts, airbags are fitted to the steering wheel and passenger dashboard and, increasingly, to door panels to minimise the effects of side-on impacts.

Headrests are designed to ensure the head isn’t thrown back violently in the recoil after coming to a sudden stop. All the safety features in the world cannot remove all risk, however.

And while there is nothing you can do about reckless behaviour by other road users, you can minimise the risk of whiplash or other road accident injuries by driving responsibly.