Bicycles and cars: can cyclists and car drivers get along?

British roads are a battlefield in the war between car drivers and cyclists. But is it all Lycra-clad louts versus polluting cage drivers? The latest evidence from insurers shows it is the cyclists who come off worse and the car drivers’ insurers who pick up the bills.
Share this guide 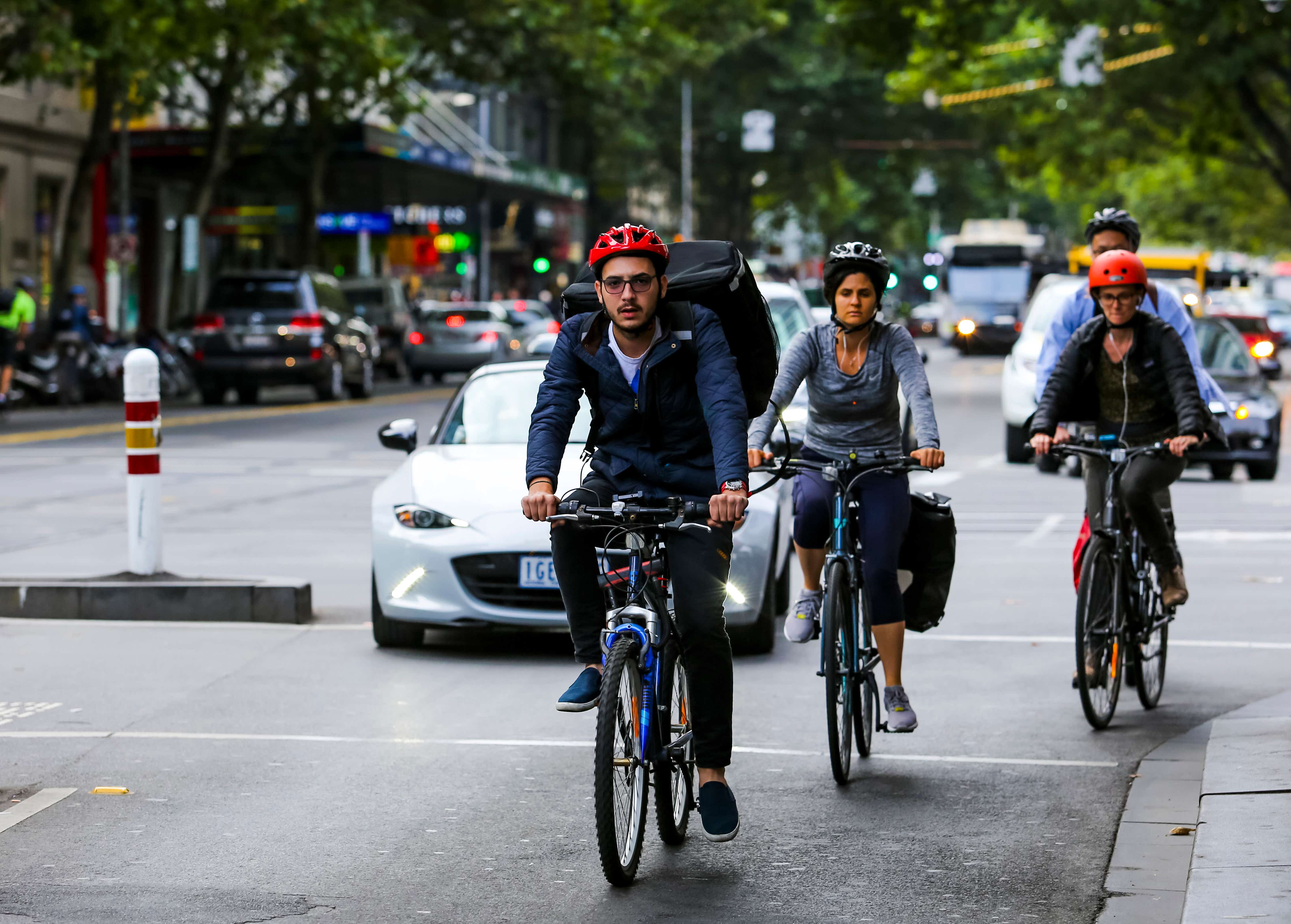 Insurance claims from cyclists against drivers for bodily injury are rising. Research from insurer More Than reckons such claims have doubled, from one in 10 to one in five. Lockdown UK is part of the reason. More of us are on the road on a bike, trying to stay fit and avoid bus and train virus risk.

No road user, though, has a monopoly on saintly road manners. Some cyclists also re-write the Highway Code from time to time. So, whose side is the law on?

Car or bike: whose side is the law on?

The law errs on the side of cyclists. That’s because they’re physically more exposed. The potential harm anyone can cause on UK roads is linked to their basic duty of care.

Everyone, says David Bott, a specialist cycling accident solicitor, is entitled to be on the road – and the duty of care owed by a driver to a cyclist is always greater.

“If it’s cyclist versus car,” says Bott, “the chances are the worst thing that will happen to a driver is they’ve got a repair bill. But if you’re a cyclist, there’s every chance there may be broken bones. Even long-term consequences.”

“Cyclists, along with pedestrians, children and horses are [classed as] vulnerable road users and rightly so, because the level of harm that can happen to you is intense.” - David Bott

In that sense, road UK road law is cycle-friendly. The worst that can happen, in most circumstances, is that the cyclist can be partially to blame, says Bott. 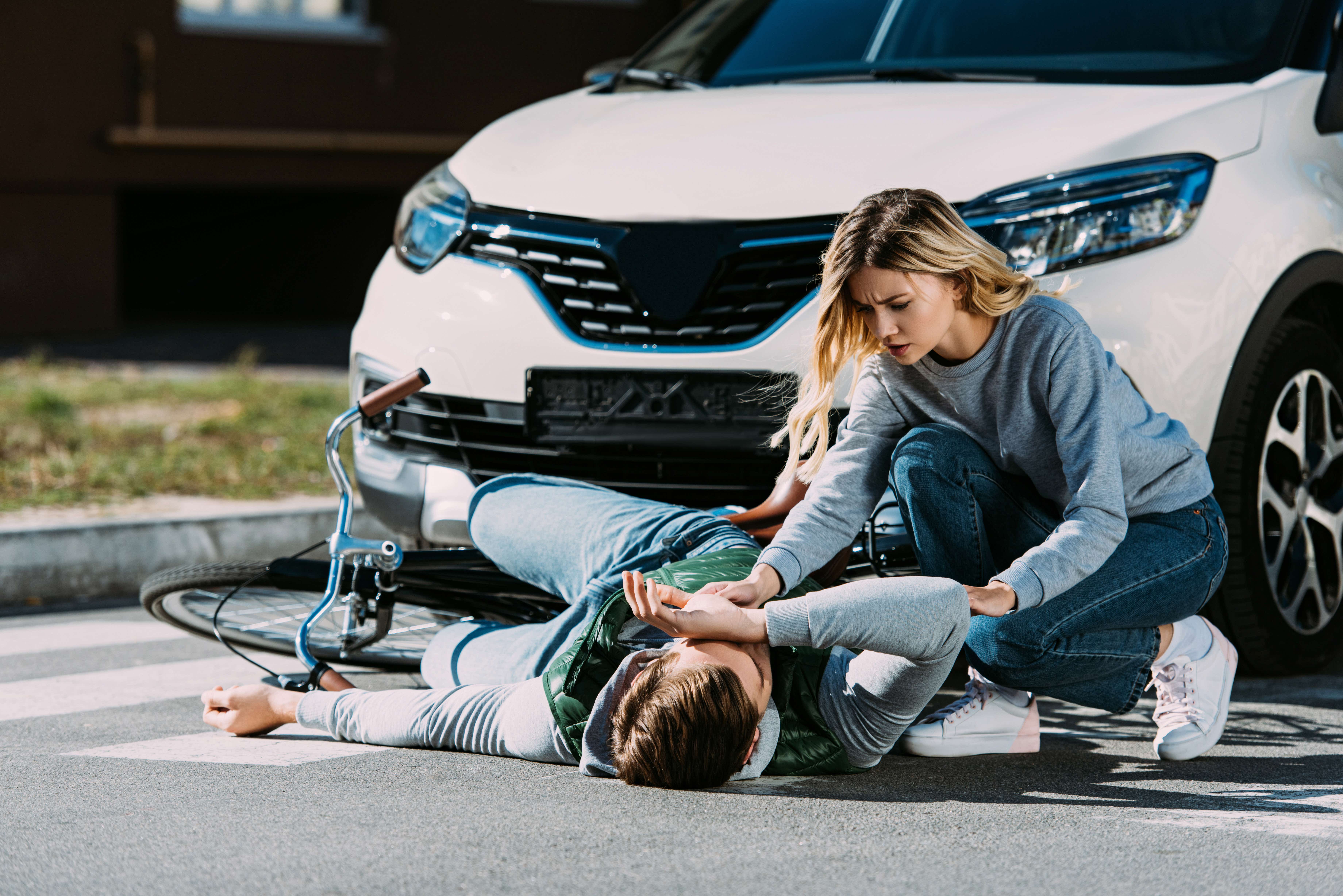 Bike accidents – the low down

Why do accidents happen?

The vast majority of crashes happen due to human error.

The driver or rider failed to look properly (44% of cases) or failed to judge the other person’s path or speed (23%), or was simply careless, reckless or in a hurry (18%).

When are cars most likely to collide with a cyclist?

Most crashes happen at:

How much room should you give a cyclist when overtaking?

As much room as you would give a car when overtaking

When do crashes happen most often?

Answer: 80% of them are in the day time – but night time is when most serious accidents tend to happen.

Should cyclists be tested?

Some motorists complain that many cyclists have never driven and never taken a practical test or passed the Highway Code theory test. But Claire Beaumont of London’s Condor Cycles, which sells 3,000 hand-built bikes a year, doesn’t think tests are the way to go.

“That would decrease people using their bicycles but the government, TFL and the government body British Cycling, should communicate more effectively the messaging about how to behave on the road.”

She adds: “A number of social media messages we get are from people asking if we know about cycle training, or how to ride with one hand for signalling.”

“Too many cyclists think it is acceptable to go through red lights,” says Beaumont. “If car drivers decided they should do that we, as cyclists, would be outraged. Once we have these things covered I think we may see a decrease in incidents."

When you’ve had a bike knock, you might be in shock. You might have witnesses, or you might not. Whatever’s happened says Ciaran Carleton, owner of Push, a bike shop in Hackney, North London, try and have the presence of mind to get the driver’s details.

“You might feel okay when, actually, you’re not okay,” says Carleton. “There might be blood coming out of your elbow you haven’t noticed.”

If they’re in the wrong, many car drivers realise their insurance will go up if there’s a claim against them. So it’s often best for a driver to settle quickly in cash with a cyclist.

“A lot of times a car driver will ring me up and pay me directly,” says Carleton. “That happens nine times out of 10, if not more.”

How does Carleton think cyclists can improve their chances of getting justice after an accident?

“I suppose it’s about having the poise to do it. Even if the bike looks fine, it’s best to say, ‘hold on a minute, do you mind if I get your details?’. That’s hard to do when the adrenalin’s pumping.”

As mentioned, 10% of car insurance claims for bodily injury involve cyclists, pedestrians and motorcyclists, claims insurer More Than – but this has doubled to 20% in 2020.

Should cyclists be forced to buy insurance?

If car drivers have to buy compulsory cover, why not cyclists? Some argue it would go against Government efforts to cut congestion and pollution.

“Making it more expensive and onerous to cycle would not encourage more people to take up cycling, including children, who presumably would also have to be covered by such a compulsory system,” says Cycling UK, a charity that lobbies on behalf of cyclists.

“We recommend regular cyclists take up a third party liability insurance scheme to protect themselves in the event that they cause an accident or damage and we offer this with our membership [£39 a year] package,” says Richard Wevill, Cycling UK’s spokesperson.

But British Cycling policy manager Nick Chamberlin told USwitch compulsory insurance would be impossible to enforce, “which is why there are hardly any countries in the world that have seriously entertained the idea. We should be striving to make it easier for people to get out on their bikes – not more difficult.”

However, research by Admiral suggested that 75% of all road users believed cyclists should have mandatory insurance.

How do the Dutch make every-day cycling safer?

More than 500 people every year in England, Scotland and Wales are injured in ‘car dooring’ incidents, according to Cycling UK. 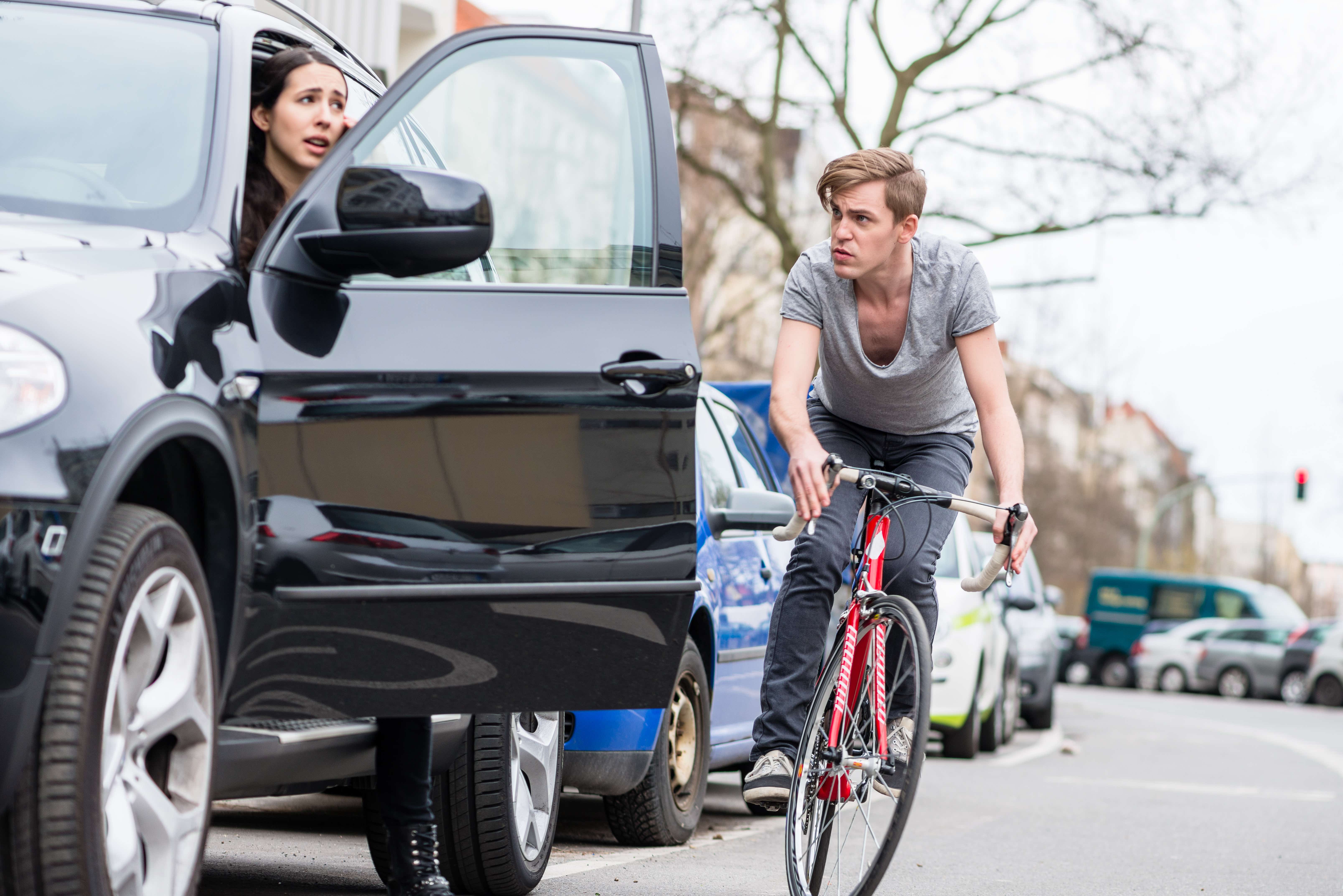 To cut this risk, try the The Dutch Reach says Cycling UK. Instead of using the hand – the right hand for most UK drivers – closest to the driver’s door to open it, use the other hand – the left. “This naturally means you have to turn your body towards the window, helping you spot approaching cyclists,” says the cycling charity.

‘Car dooring’ is when a car driver opens their car door into the path of a passing cyclist causing them to come off their bike. In reality, many more cyclists are affected as some instances are not reported to the police.

“It’s a near impossibility for the cyclist to found at fault in Holland,” another road claims lawyer told USwitch. “The drivers know that so they’re wary of cyclists. Here, even though case law is supportive of the cyclist, many drivers act as if cyclists are trespassers [of the road].”

Lancaster offers some of the best air quality and safest roads out of the 39 cities studied. In 2018/19, the city recorded one accident per 729 people.

Exeter scores strongly for good air quality and cycling and walking statistics. In 2018, 21% of the city’s population regularly cycled more than once a week.

Bradford is one of the safest for travellers leaving their bikes with only one bike theft for every 1,934 people reported in the city. This is compared to a theft for one in every 81 people in Oxford, the highest recorded rate in the country.

The capital was the worst city for cyclists with maximum theft and road accident statistics.

Machester was rated second worst with bad theft and air pollution issues but scored better than London for cost of public transport.

Peterborough was judged third worst for cyclists with a high-level of bike theft, however local transport was considered fair value.

Better out of town?

Rural insurer NFU Mutual told USwitch it had 75 car and bike collisions on its books since the start of the first lockdown.

The majority of bike collisions, NFU Mutual said, “were with private cars and fleet vehicles, followed by commercial vehicles like lorries and vans. Seven of the claims were cyclist collisions with agricultural vehicles.”

It went on: “The figures are proportionately higher than we would expect in a typical year and have been steadily increasing.”

Three rural risks for all

“On average,” NFU Mutual added, “our claims injury costs are at least double that of other road collision claims and more often than not, with life threatening or life changing injuries for cyclists involved.”

Not in cycling lawyer’s David Bott’s view. Not long ago Bott was thrown off his bike when a driver pulled out in front of him. His bike was a write-off. Bott had no broken bones but he was shaken up.

“When the insurance company got to looking at my bike,” he says, “the form they used was the same as you’d use for a car. So when they showed me their report of what had happened to my bike, there was a picture of a car – and information indicating rear wheel car damage.”

Unbelievably, the insurer had also labelled his bike as a tricycle.

Not a great experience, with no bespoke bike process. “I’m not aware of any company who’s obviously better. It seems to be across the board.” Bott said.

When in the year do most bike accidents happen?

According to claims data from insurer Admiral, July and June see the highest percentage of bike accidents. August, September and October take the second highest percentage. In other words, when the weather’s better, accidents rise.

Autumn leaves and winter black ice change conditions dramatically – but there are also fewer cyclists on the road. Auto tyres maker Etyres told USwitch it predicts more accidents between cyclists and car drivers in cities and towns that remain Tier 3 in the early months of 2021, following research.

They blame less familiarity on the road and less all-round driving confidence.

Which may mean some struggle to remember basic safe driving habits: stalling, not checking mirrors or forgetting to indicate. The sort of every-day situations many urban cyclists are familiar with.