Compare car insurance for your Land Rover
Share this guide

Land Rover is the UK's bestselling range of 4x4s, and the most long lived. It’s come a long way from the Defender, a model that’s traditionally been synonymous with army use, as well by the Queen on her country estates.

While those looking for off-road capability continue to be drawn to the Land Rover Defender, the group’s cars now appear well suited to the motorway and everyday living, be it in the suburbs or the country, from the stylish Range Rover Evoque to the racy Range Rover Sport.

Land Rover insurance groups fall in quite a wide range, from 24 to 50, depending on the model.

The Association of British Insurers and Lloyd’s of London set your car’s insurance group from 1 to 50. In theory, the higher the insurance group, the greater your insurance premium will be. You can use Uswitch to shop for offers on Land Rover car insurance. 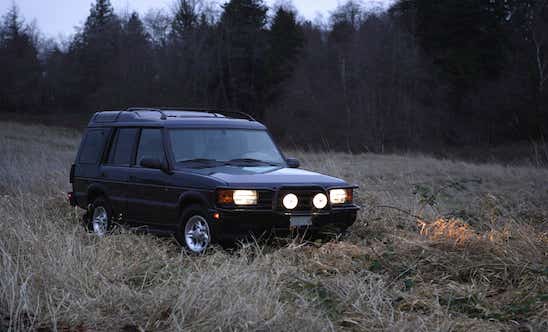 Classic Land Rovers have wide appeal, from that original Series 1 that was launched just after the second world war to the first Range Rovers that came on the scene in 1970. Insurance for classic cars is a specialist market, though Uswitch can help you find quotes for Classic Land Rover models as well as the much newer Land Rovers.

The Land Rover Defender has been around a long time, so it’s a testament to the company’s success that the latest Defenders are consistently getting top-notch reviews. The newer Defender comes with quite a bit of high-tech equipment but the 4x4 continues to be lauded for its prowess off road, over rugged terrain.

Even recent versions of the Land Rover Defender have a wide span of insurance groups, depending on the exact model, ranging from 27 to 44.

Retailing at over £60,000, this is one of the pricier Land Rover models on the market, with a firm focus on the leisure and family market. However, not to be confused with the separate Range Rover model, which costs over £80,000. The Range Rover Sport falls in the higher insurance groups, from 38 to 50.

The launch of the Range Rover in 1970 was a major turning point, when Land Rover began to target a wider pool of buyers, with more of a focus on leisure use.

Ownership has changed over the years, having been most recently acquired by Tata Motors in 2008, when it established Jaguar Land Rover as a subsidiary. The Land Rover marque, nevertheless, has continued to maintain a formidable reputation for 4x4 excellence.

Car insurance for your Land Rover

You can find cheap car insurance quotes for all these models and more:

In the movies. Stars get behind the wheel of a Land Rover in Bond film The Living Daylights, comedy Ace Ventura and action flick Tomb Raider.