Electric vehicles: Is it time to join the charge?

By 2030 anyone hankering after a new car will need to look beyond petrol or diesel motors, because they will be obsolete. Electric vehicles – called EVs – will be the norm. Here’s why.
Share this guide 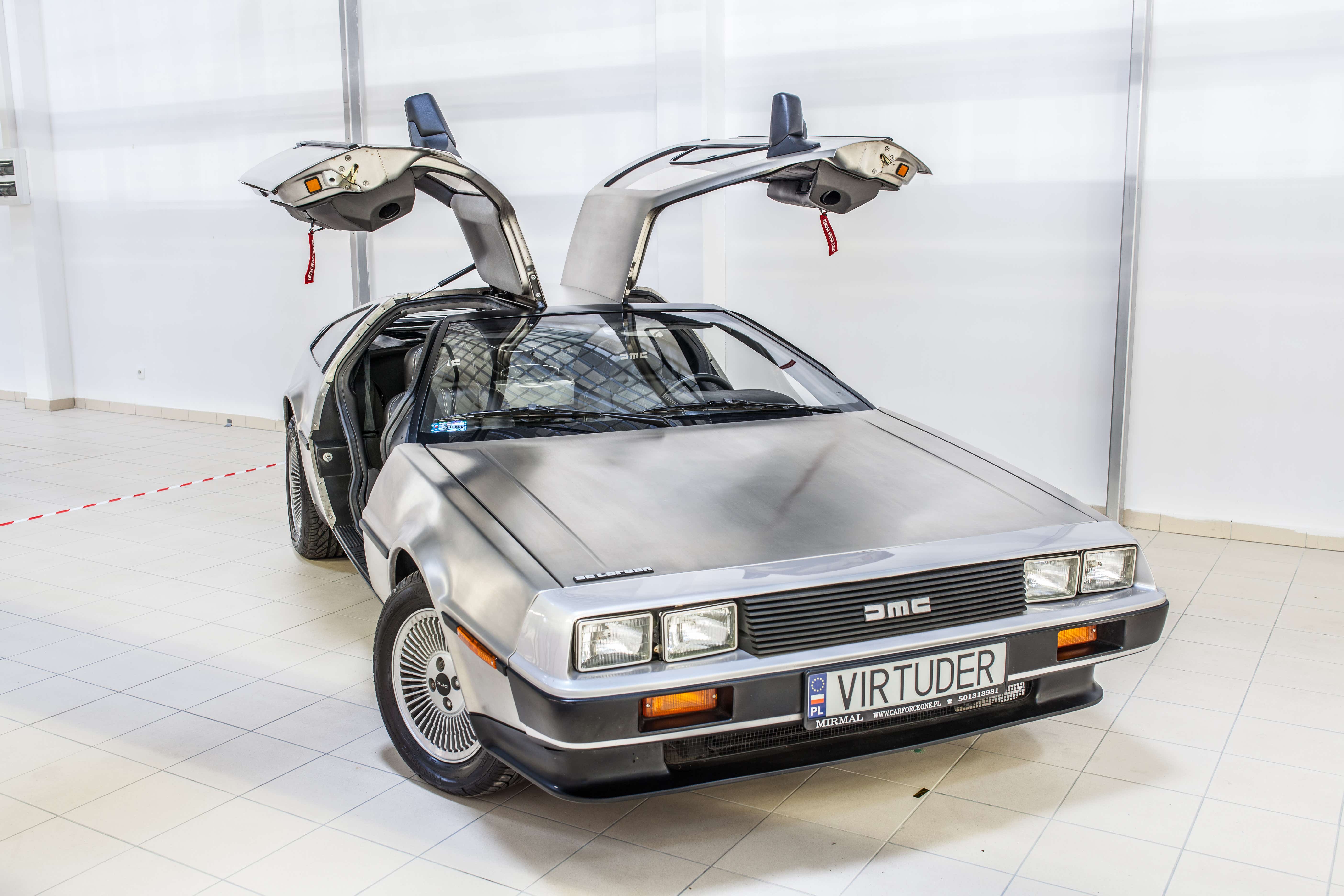 Electric vehicles: Is it time to join the charge?

By 2030 anyone planning to buy a new car will need to look beyond petrol or diesel motors, because they will be obsolete. Electric vehicles – called EVs – will be the norm. Here’s why.

The heat is on the motor industry. Climate change is very much in the headlights, and there is no escaping the fact that fuel-driven cars represent a huge roadblock, and not just in terms of the plumes of noxious fumes they emit.

Demand for the latest models sees tanker-full loads shipped all around the globe at great expense and damage to the environment.

While this second issue is hard to resolve, there’s a lot of impetus behind the growth of green vehicles, which sooner or later will affect us all.

Governments are under pressure to meet carbon neutral deadlines, while oil and gas companies are moving their business models towards more sustainable, greener sources of energy.

What are the rules on petrol and diesel cars?

Fast forward a decade and the streets will sound quieter and smell sweeter, as by 2030 the production and sale of new petrol and diesel cars and vans will have ceased.

While older models will be able to roll along the streets, tax and other pro-green incentives will see their popularity steadily decrease before the end of the decade.

The government’s ambition to phase out non-fully zero emission new cars and vans is well known. Initially it was designed to come into effect by 2040, but in 2020 the government shifted the goalposts.

The government has earmarked £1.8bn to support the roll-out of fully green vehicles. New measures include discounts for the purchase of some brand new low-emission vehicles, and off the cost of installing chargepoints in homes, on streets and motorwaysWhat electric cars are on the market?

A raft of new electric cars, vans and motorcycles have been appearing in UK showrooms, and on retailer websites, in the past few years. Unsurprisingly, the so-called higher end models are often very pricey, although other cars are closer to what you’d pay for a diesel or petrol equivalent.

At the top end of the price scale, you can expect to spend from £80,000 for the basic model of a highly-rated top-end e-car.

Exclusive models, especially those that have captured the public’s imagination, such as Tesla, can cost a small fortune.

Midsize, small and supermini cars may lack the storage space of SUVs and saloons, but they have enough room for the average family, plus luggage. More recent models are arguably closer in price to what you’d expect to pay for a fossil fuel equivalent.

How much do electric motorcycles cost?

Many bikers will doubtless be relieved that motorcycles are not included in the 2030 ban on new fossil-fuel vehicles. But even though e-motorbikes sometimes cost more than their petrol equivalents the gaps have narrowed. As such, it’s worthwhile checking out the cost differentials.

What’s the deal with electric vans?

Van manufacturers such as Nissan and Renault have been pretty canny in recent times, clearly mindful of the fact that diesel vehicle drivers are particularly vulnerable to any emissions penalties.

The potential of this sector has drawn in big players from other areas, including VW, Ford and Vauxhall parent group PSA. Partly as it’s relatively easy to convert a conventional van into an EV due to the large amount of space to play with.

Prices are now very similar. The Peugeot e-Partner, for example, costs from £22,300, while the diesel edition costs from £23,265

Battery ranges tend to be low for vans. The Peugeot e-Partner claims a range up to 171 miles and the Volkswagen ID Buzz, which costs £46,621, has a range of 256 miles.

What are the pros and cons with electric vehicles?

Electric vehicles represent the future because they are better for the environment than petrol and diesel cars. Most importantly, they have the backing of the UK government, so you can bank on higher taxes for those of us who resist the e-revolution,

Take up is increasing, with an estimated 520,000 battery vehicles on UK roads in 2022, according to ZapMap.

But the number of EVs on Britain’s roads still lags way behind fossil-fuel cars, vans and motorbikes. So, where do the ticks and crosses fall when considering the merits or otherwise of electric vehicles?

The pros of electric vehicles

Several benefits and features associated with EVs are winning over motorists, including:

Electric vehicles and the environment

EVs don’t have an exhaust system. This means they don’t emit pollutants such as CO2, nitrogen oxides and particulate matter.

The only caveat here is that the cobalt and lithium batteries need to be mass produced in factories and produce toxic waste that must be disposed of responsibly.

Electric vehicles do not pay Vehicle Excise Duty, although drivers must still apply for an annual exemption.

New EVs must take a MOT test after three years, just like other road vehicles. But as they don’t have a tailpipe or emit fumes, there is less to check.

During the coronavirus epidemic the London Congestion Charge was raised to £15 per day, with longer hours covered. Previously the charge was £12.50. Electric cars are exempt from this fee, as they come under the Cleaner Vehicle Discount.

Government grants can cut the cost of EV ownership

The government provides grants to soften the blow of investing in an EV. The plug-in grant is available to manufacturers and dealerships selling new EVs. It offers a discount that is automatically passed to the buyer.

The size of the government’s grant depends on the type of vehicle being bought. But the maximum grant available for cars is £2,500. The grant will be included in the price offered at the dealership.

The Electric Vehicle Homecharging Scheme (EVHS) has also been an incentive for people thinking of buying an electric car. The EVHS offers up to £350 or 75% towards the cost of a charging point at home. However, this grant scheme is ending on 31 March 2022. So far, take up of the grant has been relatively limited because of lockdown and the shortage of new cars. However, government research suggests that 80% of electric vehicles (EVs) are charged at home because it’s cheaper and more convenient.

At the beginning of 2022 it typically cost between £7 and £10 to charge an electric car or van to 80% battery capacity at a public rapid charger, of the type found at service stations. It was even cheaper if you had a slow home charger, where a full charge could cost around £5. But electricity prices have been soaring and price caps doubling, so the cost of EVs is rising fast.

You can save money by purchasing a home charge point, for around £800. Under the government Electric Vehicle Homecharge Scheme, drivers are currently able to get a grant of up to 75% of this cost, capped at a maximum grant of £350.

Electric cars have fewer moving parts and no exhaust units, meaning they are much quieter than traditional combustion engines. Of course, this does have its own issues, if pedestrians can’t hear an e-car coming and step off the kerb.

The cons of electric vehicles

Not everyone is convinced that EVs are right for them, with several concerns feeding into the reluctance to do trade in their old petrol or diesel motor for a new green option. Obstacles include:

Electric cars, vans and bikes can still cost more than their fossil fuel equivalents, and even though the gap is closing there is still some way to go, as the stats show.

New EV registrations have increased in recent times, but they form only a minority of overall sales. According to the Society of Motor Manufacturers and Traders, battery electric cars snatched 9.9% of the market, to July 2022, but those numbers were dropping.

If travelling takes you the length of the UK, an EV will extend your journey time significantly as you stop more frequently, and for longer, to charge up.

Whereas filling up with petrol at a motorway service station takes a few minutes, it can take anywhere from 30 to 60 minutes to recharge a car battery to 80% capacity. If you rely on a three-pin plug at home to recharge it can take up to 17 hours.

Chargepoint recharge times seems a problem now, and may well remain one if you’re going on a long trip, but as more chargepoints are rolled out at golf clubs, supermarkets, gyms and cinemas, it is increasingly becoming less of an issue for everyday local travellers.

The ideal solution to charging is to do it at home, and indeed the government as introduced the Electric Vehicle Homecharge Scheme to address this very point (but only if you have off-street parking for your EV).

The scheme comprises a grant that’s available to homeowners who drive a qualifying EV. The scheme means drivers can get up to 75% (capped at £350, including VAT) off the cost of installing a charger at home.

This doesn’t help anyone who is a tenant or lives in a block of flats. Likewise, as the average cost of having a chargepoint installed can be as much as £800, according to the RAC, it’s an additional expense some drivers may not be willing to cover.

The internal combustion engine has been around for more than a century, offering plenty of time to iron out any wrinkles that could cause problems for the average driver. However, EVs are relying on batteries which, the fear is, will burn out.

This can be a concern, and while manufacturers offer reassurances, they might not be enough for some drivers. For example, Nissan offers a three year or 60,000-miles warranty. You would not want to be away from home when the battery fails.

You cannot change the battery yourself. The average car battery weighs 41Ib (18.6kg). The Nissan Leaf’s battery weighs in at 648lb (294 kg). The cost of a new battery can be very high – Renault reckons it costs around £7,500.

The future of EVs

What will clog up our roads in 10 or 20 years’ time? As petrol and diesel fall away, some hybrids may linger, but the future surely belongs to EVs and hydrogen-run vehicles, as offered by the likes of Toyota.

We can expect to see more of the big players entering the market. Bentley, for instance, is planning to enter the market by 2025. Others are sure to follow.

Elon Musk, head of Tesla, has pointed out that the company is moving toward producing vehicles that will have super-charged batteries, ending anxieties about potential queues to top up at service points.

What are insurers' experiences of EVs?

Electric vehicles can cost more to insure than conventional cars or bike, although according to the British Insurance Brokers’ Association the gap is closing.

Where they are more expensive to insure the reason tends to reflect the more expensive technology incorporated in EVs, which are pricier to repair and make the models more attractive to thieves.

Additionally, insurer LV=, conducted research, shared with Uswitch, showing 52% of drivers surveyed worry about the lack of charging points, 48% fear being stranded if they run out of power and 45% find the cost of EVs prohibitive.

Electric vehicles are an emerging market, with issues that will take time to resolve.