How to read the secret language of number plates 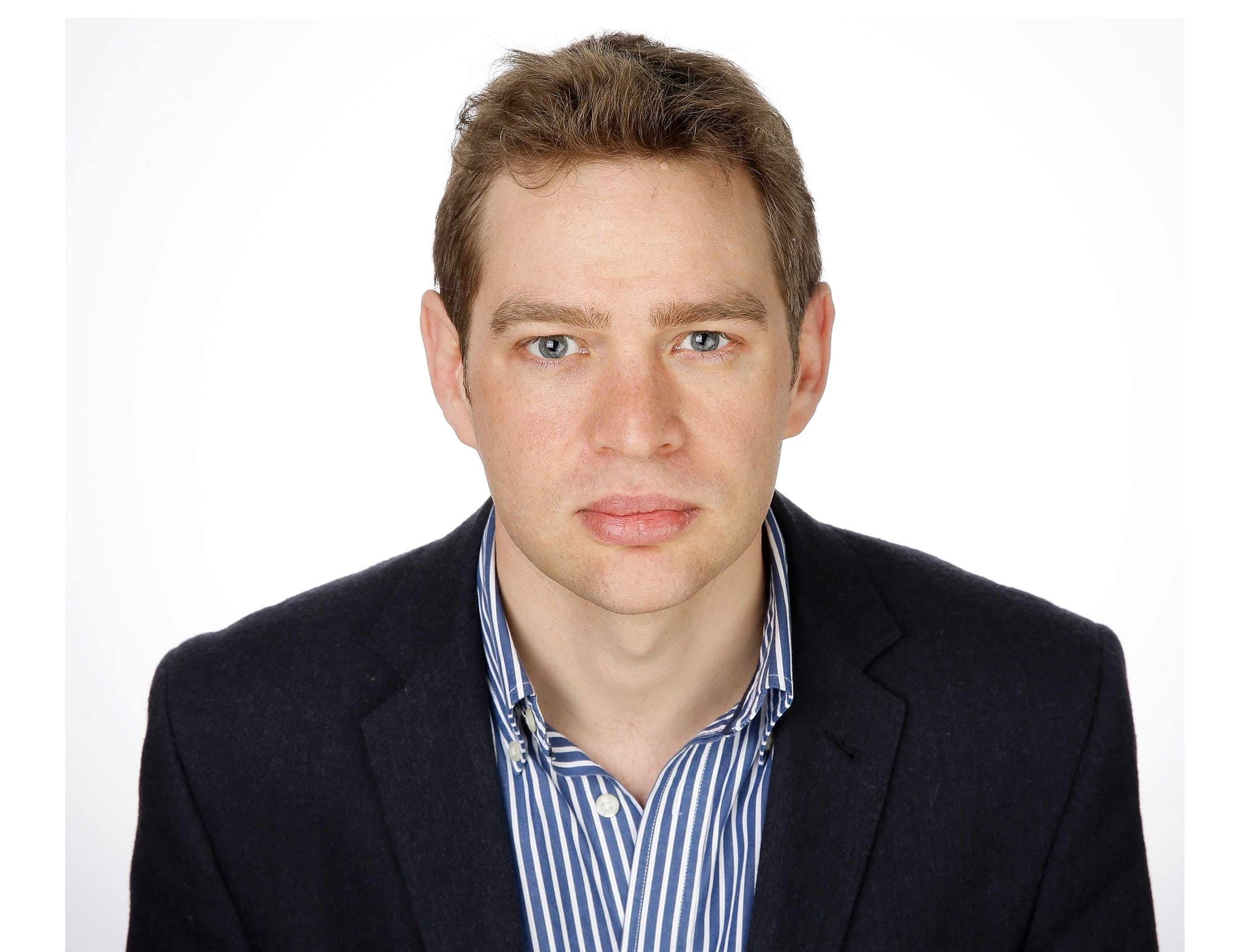 In recent weeks, Australian celebrity barrister, Peter Lavac, hit the headlines after the controversial number plate ‘LGOPNR’ on his canary yellow Lamborghini was banned by Transport NSW for being too offensive.

Number plates also regularly make the news when the DVLA releases its bi-annual list of banned combinations that reference swear words, sexual slang, or other phrases it deems offensive when new plates are launched.

But despite the risk, and limiting of options by the DVLA, many motorists still design a number plate to showcase their personality by using letters and numbers to symbolise a name, location, or even their favourite football team.

You can buy personalised plates straight from the DVLA, with prices starting from £250, or from a private seller or at an auction, and fit them to your vehicle as long as they don’t make your car look younger than it is.

However, with more than 45 million private number plates currently registered in the UK, you aren’t always able to secure your desired combination of letters and numbers, meaning you’ll need to use clever substitutions in order to trick the eye.

“If you’re smart, you can find a combination of numbers and letters that both says what you want it to and doesn’t cost the Earth to buy.

“The key is to substitute letters and numbers that are close enough to what you want to say that they trick the brain into reading them as that, rather than what they actually are.

“This is how the process of substituting letter or digit combinations works, and how the language of number plates was born.”

When creating a unique number plate, it’s worth considering how easy it is for others to interpret. If you substitute too many digits or letters, your message could get lost in translation, leaving other road users baffled.

Have you ever noticed a striking private number plate on a vehicle, but been left unable to translate it?

If you want to know how to easily crack the code or you’re thinking of designing your own personalised registration, we’ve compiled the ultimate guide to help you understand the language of number plates.

Take a look below to see which common letters and numbers are often used as substitutes to trick the eye. 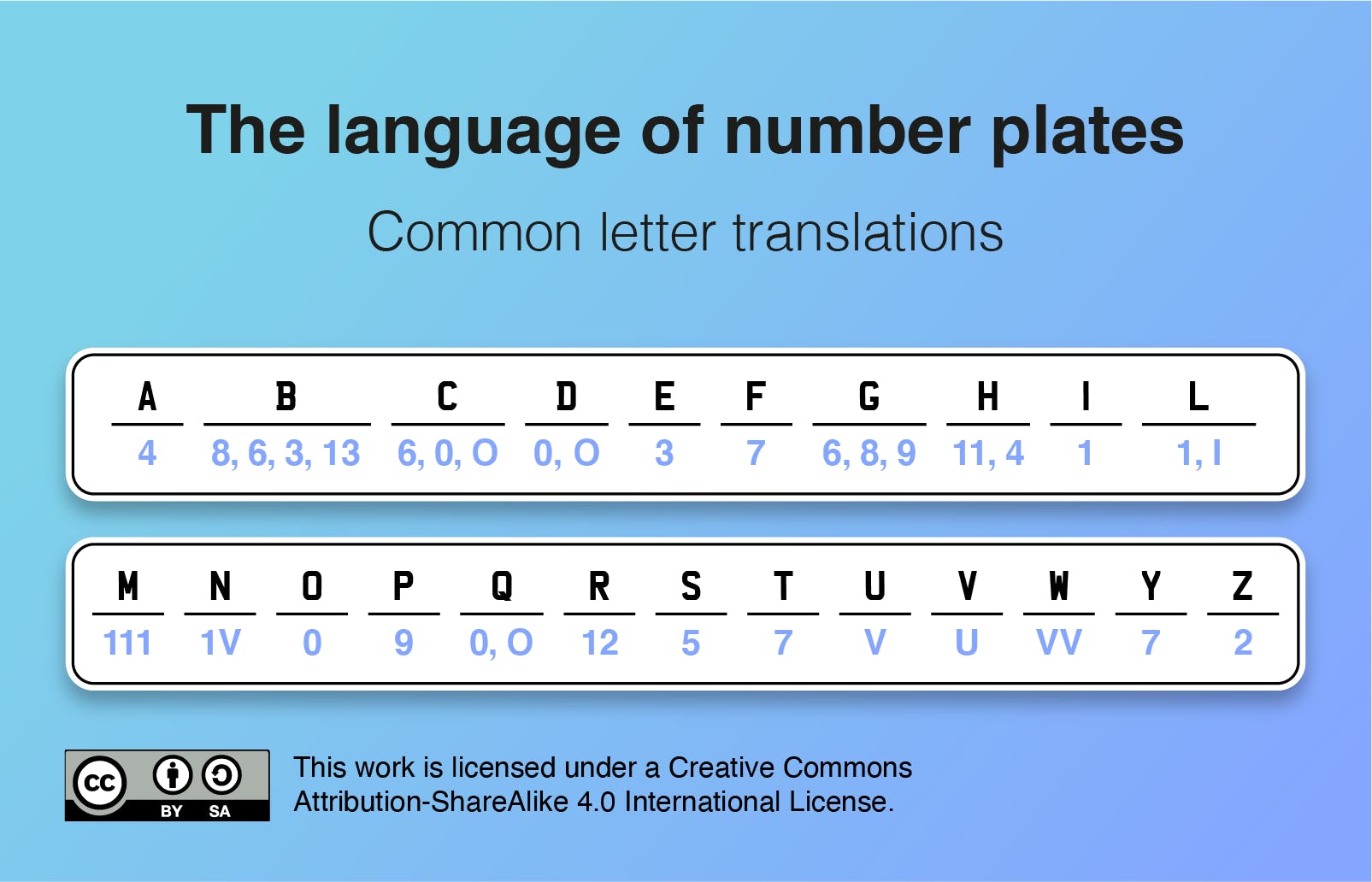 What about the characters on standard registration plates?

While you may think the characters on a standard number plate are completely random, it turns out they actually reveal a lot of information about the history of your car.

The first section of a number plate is the local memory tag - the first two letters of the plate - which identifies where the vehicle was registered.

The first letter stands for the local area, for example E denotes Essex, while L stands for London.

The plate's second letter then identifies at which DVLA office in that area the registration took place - multiple letters can signify the same DVLA office.

The letters I, Q and Z are not used as local office identifiers, while Z can be used only as a random letter. 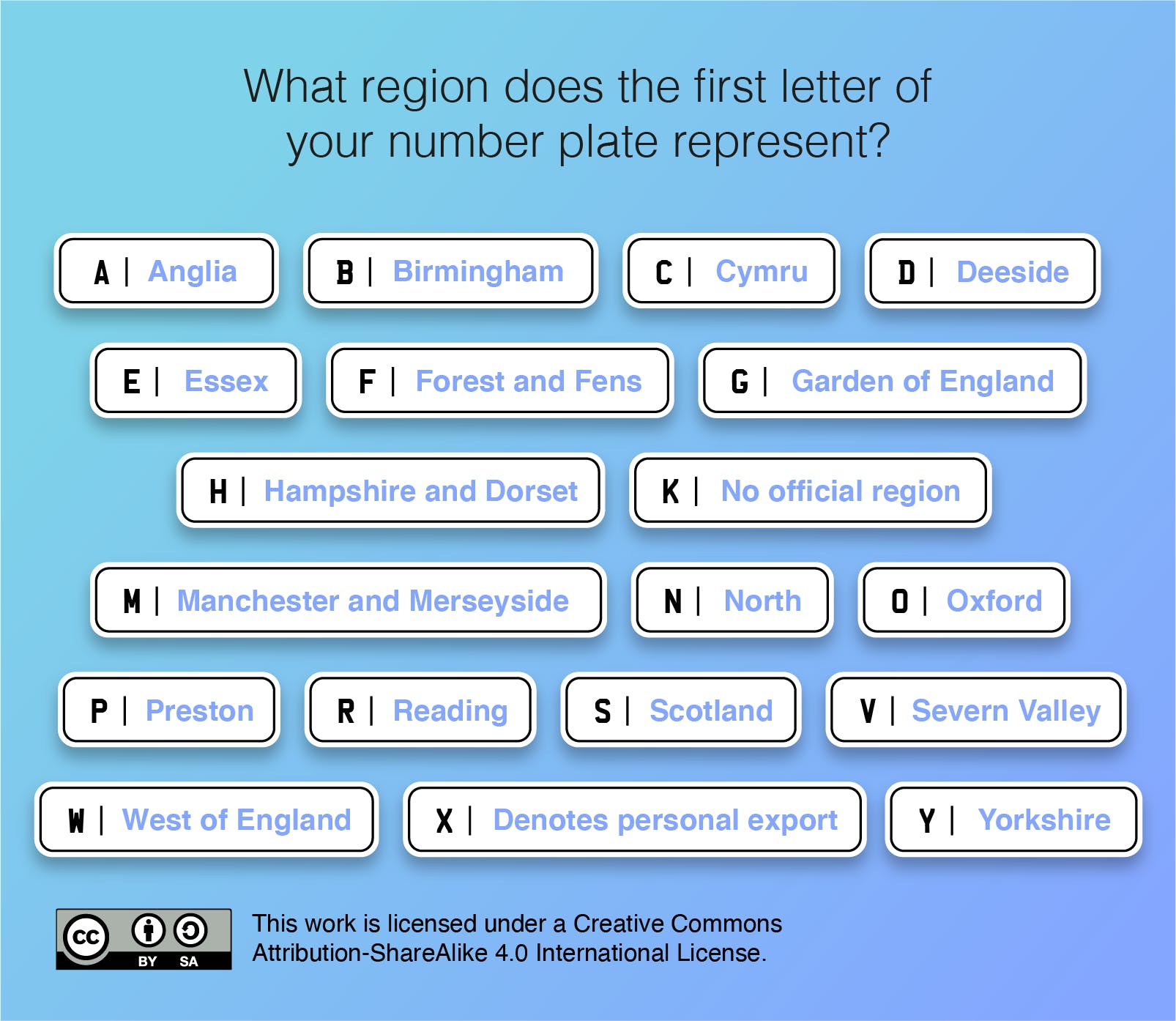 How do you identify the age of your car using your number plate?

If you want to know the age of your vehicle, the two numbers in the middle of your plate can be used to identify the year it was registered.

The DVLA issues two lots of number plate combinations each year, the first on March 1 and the second on September 1.

All plates issued between March 1 and August 31 use the same two numbers as the year they were registered to help you identify the age of the vehicle. For example, a car registered in April 2021 will use the numbers “21”.

Number plates registered between September 1 and the end of February use a slightly different format. To reveal the age, we use the digits from the year and add 50. For example, if the car is made in September 2020, it will feature a ‘70’, because 20+50 = 70.

Is any of a number plate random?

Although we might wish that there was another secret code to crack, the final three letters of the number plate tend to be a random combination of letters that make the registration unique.

However, interestingly, the letters "Q" and "I" are excluded from the random sequence, along with any phrases that are deemed offensive.

Using the current scheme, research from the DVLA revealed there will be sufficient combinations to last until the end of February 2051.

Is it more expensive to insure a car with a personalised number plate?

If you’re thinking of getting a personalised number plate but are worried about what it will do to your car insurance, the good news is it’s unlikely you’ll see your premiums increase.

You will need to inform your provider if you are adding new plates, however, and failure to do so could breach the terms of your insurance.

And if the plates were particularly expensive, you also need to think about how they will affect the overall value of your car to make sure it is adequately covered.

“Personalised plates are generally seen as part of a car, rather than as a modification, so it’s rare for them to affect premiums. It’s worth double-checking this with your provider, however, in case it takes a different view.

“But being seen as part of the car itself also means they revert to being owned by your insurer if you make a claim for the whole value of the car.”

If you want to keep the plates, make sure you tell your insurer that when you put in your claim. You can generally get them back for no more than a settlement price.

Your provider also needs to write a letter of non-interest to the DVLA, allowing you to keep ownership of them and transfer the plates to a new vehicle.

But if you’re too slow to act, and the car is scrapped, there’s a risk they could be lost forever.

If you’re looking for more advice, take a look at how to find the cheapest cars to insure and the best first cars for new drivers.