A whole range of rules, regulations and changes are expected to affect drivers throughout 2017. Find out whether these changes could hit your pocket.

The penalties for using a handheld mobile phone while driving doubled earlier in 2017. The previous punishment for drivers caught using their phone while driving wass a £100 on the spot fine and 3 penalty points (sometimes higher in the case of an accident). The penalties apply whether you’re cruising along the road or stationary in traffic. In March these penalties doubled to a £200 on the spot fine and 6 points on your licence.

The latest rules mean some drivers could be disqualified from driving after just one mobile phone offence. Drivers who have held their licence for less than two years face it being revoked after receiving 6 points, while drivers with more experience will face disqualification after accruing 12 points.

When? New penalties came into force on 1 March 2017

New EU guidelines came into force this March that changed the way child car seats are approved for use. This means backless booster seats will only be approved for children over 125cm or 22kg (roughly six years old). It's important to highlight that this is a regulation for manufacturers, not users. If you’ve got an existing booster seat you can continue to use it without breaking any laws, but for new equipment usage guidelines have changed.

Other laws around child car seats remain the same — children must use a child car seat until they are 12 years old or 135cm (4ft 5in) tall, whichever comes first. Drivers are responsible for ensuring all passengers aged 14 and under are using appropriate restraints, and can be fined £100 if they don’t comply.

In what may be a welcome change for drivers, insurers are now required to include details of last year’s premium on insurance renewal notices. It’s hoped the new renewal notice guidelines will help customers to make more informed decisions and encourage them to seek better deals rather than automatically renewing their insurance policies.

When? All renewal notices have included last year’s premiums from 1 April 2017, although some insurers already included this information

A new system for Vehicle Excise Duty (VED — more commonly known as car tax or road tax) has been introduced for cars registered on or after 1 April 2017.

Drivers now have to pay a one-off tax charge for the first year, based on the car’s emissions. This ranges from £10 for greener cars to £2,000 for the most polluting. The following years’ tax charges will be a flat rate of £140 per year for petrol and diesel cars, and £130 for cars that run on alternative fuel. The only exemptions are for zero-emissions vehicles.

Under the previous system (cars registered before April 2017), the tax rate for the first and following years was determined by the car's CO2 emissions. The new system means many new low-emission (but not zero-emission) cars are more expensive to tax, with some increasing from zero tax to £140 per year after the first year’s one-off payment, simply based on whether the car is registered before or after April 1, 2017.

Drivers planning to buy a luxury car face an extra charge. Cars registered after 1 April 2017 with a list price of over £40,000 incur an extra £310 annual supplement for their first five years on the road.

When? The new car tax bands apply to cars registered on or after 1 April 2017

When? The new speeding fine cap came into place on 24 April 2017 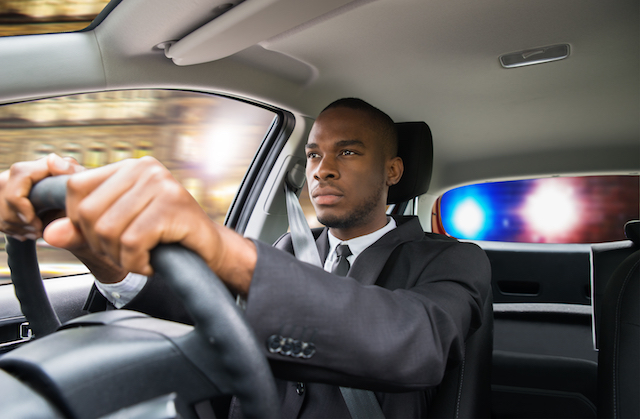 The previous rate of IPT currently stood at 10%, but this increased to 12% in June 2017. This is likely to result in an increase to drivers’ insurance bills. While insurers are not obliged to pass the tax increase on to customers, previous IPT rises have resulted in an increase in costs to drivers. IPT has increased rapidly in the past few years, rising from 6% to 9.5% in 2015, and to 10% in 2016. In this time, the average comprehensive car insurance premium has risen by more than 11% (AA British Insurance Premium Index Q3 2015 - Q4 2016).

After a consultation and trials across the country last year, the practical driving test is set to change later this year. The independent driving section of the practical test will increase to 20 minutes and will include following instructions from a sat nav. Drivers on their test will also be required to answer a ‘show me, tell me’ question while driving.

Two of the compulsory driving manoeuvres — turn in the road and reverse around a corner — will be replaced with more ‘realistic’ manoeuvres, including driving into and out of a parking bay.

When? The new tests will begin from 4 December 2017