The most popular fictional cars around the world

Some things in pop culture are enduring: outfits, songs, characters, and quotes spring to mind. And sometimes the most enduring character of all has four wheels - with cars outshining stars in films and TV series as well as in computer games, music videos and more.
Share this guide 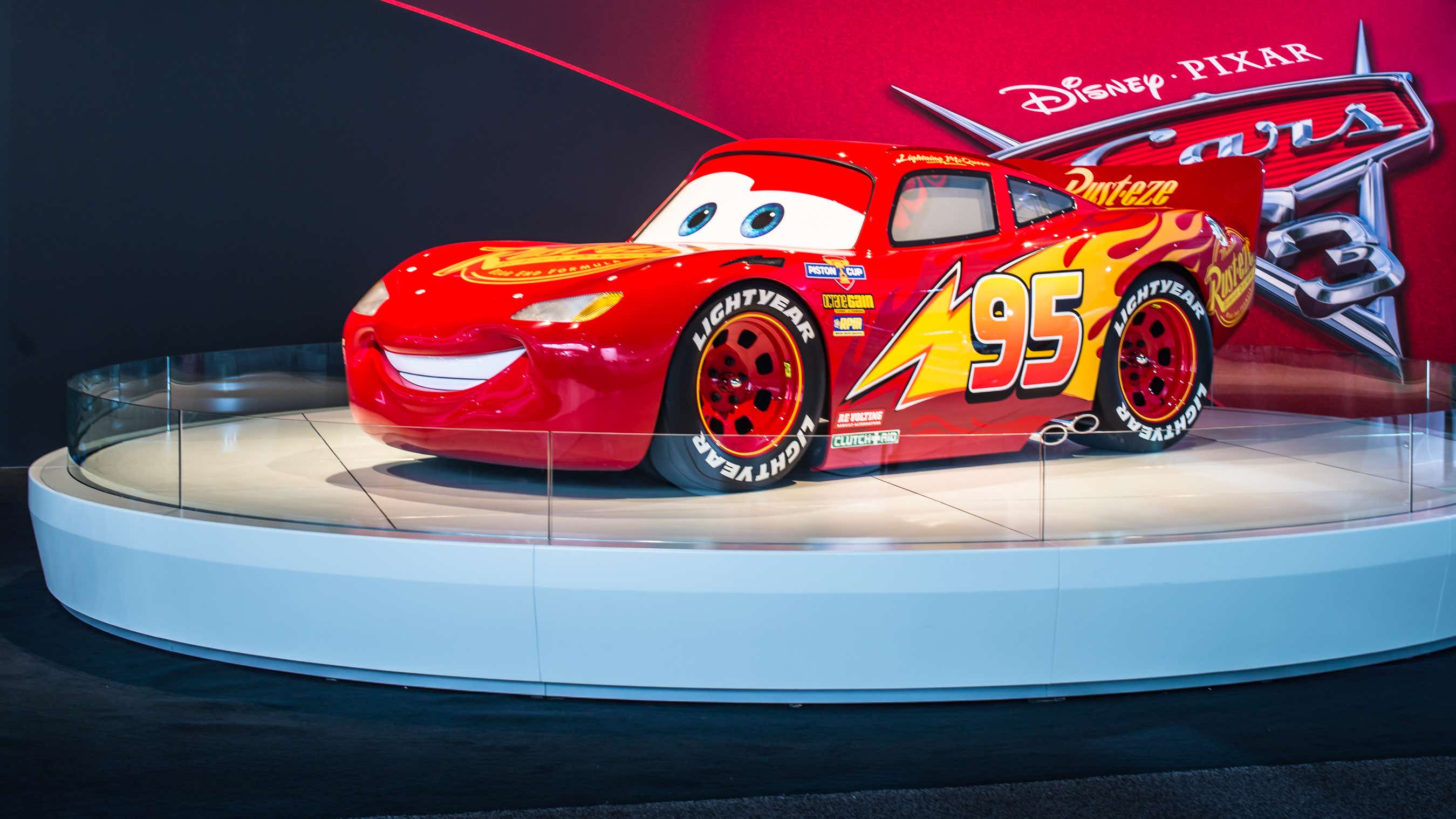 Can you imagine The Italian Job without the iconic nippy Mini Coopers or the final scene or Thelma and Louise without the Turquoise hue of the 1960s Ford Thunderbird? They just would not be the same.

So, with the DMC DeLorean celebrating its 40th anniversary this year, and Wayne’s World’s Mirthmobile turning 30 next year, we decided to take a look back at some of the more memorable vehicles from pop culture and find out which are the most popular.

Our car insurance comparison experts analysed online searches for 19 of the most popular fictional cars, in 18 countries around the world to find out which is the world’s most beloved.

He may not be real, but Lightning McQueen is the world’s most searched-for fictional car. Coming in pole position in every country bar one (France), Cars’ main protagonist ranked first with more than 800,000 searches over the past 12 months.

Disney Pixar’s Lightning McQueen, modelled on a Corvette, is instantly recognisable by his bright red body work and yellow and orange details. Voiced by Owen Wilson, he first raced onto our screens in 2006’s Cars. Since then, he’s led two sequels to Cars, and had a cameo in Planes: Fire & Rescue from 2014.

Not just commanding children’s attention, car fans around the globe have customised their cars to emulate the design of Lightning McQueen, cementing his place in culture, 15 years after release.

One game vehicle is the MVP

A vehicle that gamers will know all too well is the Warthog. The fictional military light utility vehicle has appeared in the Halo video game franchise since 2001 and is almost as famous as the Master Chief. And with over 211,000 searches over the last year, it’s the second most popular fictional game on our list.

Some superfans have gone one step further – creating real life Warthogs. Back in 2018, an avid gamer from Michigan in the US, turned a 34-year-old pickup truck into a custom-made replica of the Warthog.

The A-Team may have ended in the 1980s, but it still holds a place in our hearts. Commanding nearly 75,000 searches, the pop culture symbol was a customised GMC Vandura and was a firm fixture on the A-Team throughout its 4-year run.

Although the van was a real GMC vehicle, the A-Team van was very much fictional; a whole host of optional extras were seen in the back of the van, including an audio surveillance recording device, weapon storage locker and a mini printing press, but to name a few.

One of the six vans used in the show went up for auction in January this year without a reserve, however it is unknown who won the 1979 van, complete with a replica 50 calibre machine gun can-mounted to the floor, or how much they paid.

It seems nostalgia has played a big part in our search habits over the last 12 months. The Mystery Machine (from Scooby Doo), Herbie and the car from Chitty Chitty Bang Bang came in fourth, fifth and sixth place, respectively.

The Audi RSQ concept car used in 2004’s I, Robot is arguably more famous than the film itself. According to reports, the car took four designers and 10 model engineers just 10 weeks to create. but its legacy lives on much longer. As such, over the past 17 years, it’s been frequently referred to on both film and car fan sites.

It may be 40 years old, but the DMC DeLorean is still one of the most popular cars from film. Despite now being a collector’s item, the car wasn’t an instant hit and sold poorly upon release. It was its appearance in the Back to the Future Trilogy between 1985 and 1990 that made it an icon and, as such, models now command upwards of £40,000.

Despite the Despicable Me films being one of the most lucrative franchises in the world, grossing over $3.5bn, it seems Gru’s Evil Machine didn’t capture our attention. It totalled exactly 0 notable searches between February 2020 and January 2021 across the world.

We collated a list of some of the most popular fictional cars based on appearances in pop culture lists. We then looked at the historical Google search annual volumes between February 2020 and January 2021 for the terms documented in the table above to get the total figures.