iPhone 7 and iPhone 7 Plus camera review

06 October 2016 Last updated: 16 December 2019
Comment
Share
Tweet
Apple claims it's the best iPhone camera so far. But is it really as picture perfect as all that? We find out.

When Apple announced the new iPhone 7 and iPhone 7 Plus, it said that the onboard camera represented a “huge advancement” in image quality, and that everything inside was “entirely new”. But is it that really the case?

Both the phones feature a 12-megapixel sensor - the same resolution as the iPhone 6S, but we’re told it’s not the same sensor.

The iPhone 7 has a 28mm equivalent lens, with a new maximum aperture of f/1.8. This extra width (from f/2.2 on the iPhone 6S) lets in approximately 50% more light, so it should make the camera perform better in lower light conditions.

The camera is also said to be 60% faster, and 30% more efficient, which should help when it comes to battery life - especially if you are a prolific photographer.

While the iPhone 7 Plus is equipped the same sensor and lens, it also has a second camera, with a 56mm (equivalent) lens - in other words you’ve got a 2x optical zoom available.

The maximum aperture of this second lens is f/2.8. On paper at least, that may mean it’s not quite as good in lower light scenarios.

On the front of both of the phones is a new seven-megapixel FaceTime HD camera (up from five megapixels of the iPhone 6S).

Other notable photographic features include the ability to capture raw files in third-party applications, a QuadLED TrueTone flash and an image signal processor which is apparently capable of processing 100 billion operations per image in just 25 milliseconds.

Looking for a good iPhone 7 deal? We've rounded up the best on our dedicated iPhone 7 comparison page.

Using the iPhone 7 and iPhone 7 Plus cameras

Apple has pretty much stuck with how the camera has always operated for the iPhone 7, with just a couple of additions to take into account the second lens on the iPhone 7 Plus.

Since the introduction of iOS 10, you can now access the camera directly from the lock screen by a simple swipe to the left.

You don’t need to press the home button since the iPhone now also has the lift-to-wake feature (this is also true of the iPhone 6S with updated software).

Once you’re in the camera app, you’ll see the familiar layout you’re used to if you’ve owned iPhones before.

It’s a simple setup, with options along the bottom that you can scroll between depending on whether you want to shoot a timelapse, slow motion video, a standard video, a standard photo, a square photo or a panoramic photo.

Along the top you’ll see options for switching on the flash, turning on on HDR, switching on Live Photos, the self-timer, and for activating a number of digital filters that the camera offers.

Unlike a number of Android smartphones currently on the market, you don’t have anything like a “Pro” mode which gives you the opportunity to alter settings from the native app.

You can adjust exposure by moving your finger up and down on the screen - but that’s it.

There are a number of different apps on the market which give you more control, including the new ability to shoot in raw format.

While this may be appealing to experienced photographers, for everyday users it’s probably not something you want to bother with. Especially given how large the file sizes are for raw files.

For the iPhone 7 Plus, there have been some additions to the interface.

You’ll see that there’s “1x” written in a circle - give this a tap and you’ll see it now says “2x”, this is switching between the wide-angle camera, and the telephoto camera. You can swipe to activate it up to 10x digital zoom too. 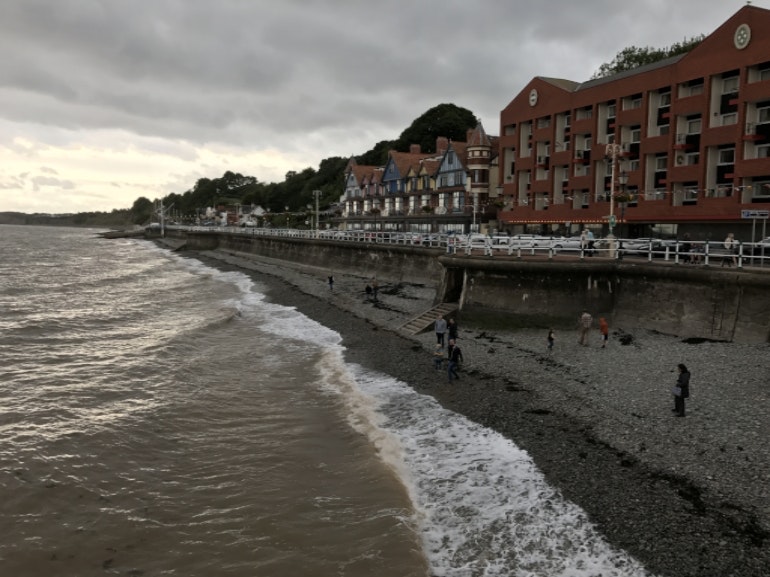 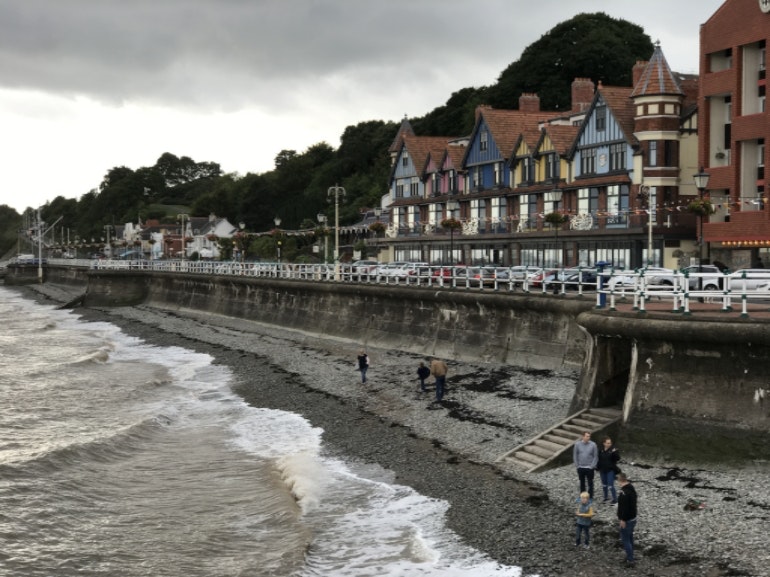 One of the exciting new features of the iPhone 7 Plus is its ability to use both the lenses to create a shallow depth of field effect that's similar to that produced by professional DSLR cameras.

This feature is available only as an incomplete trial version right now - but anybody can try it out by signing up for Apple's beta trial program.

The full version of the software will be made available later this year.

The new “Portrait” mode, which creates the shallow depth of field effect, is found among the options at the bottom of the camera app. 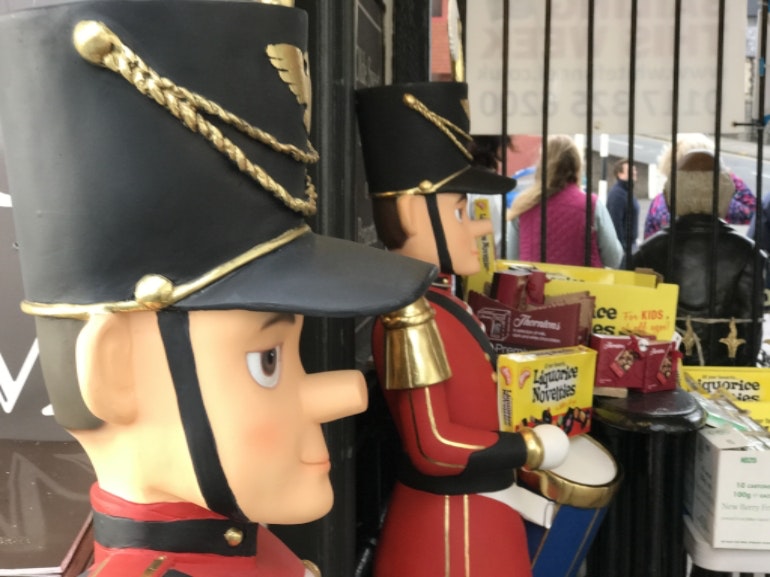 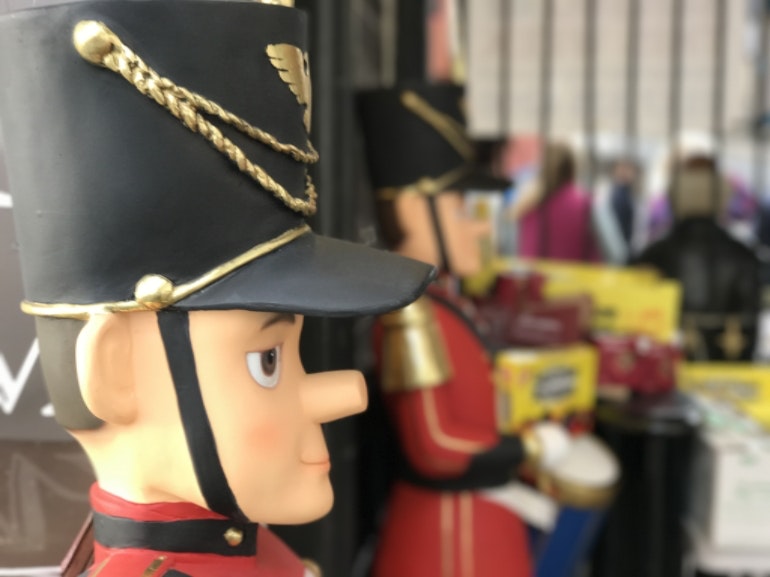 Despite the name, you don’t have to use it only for portraits. You can use it for any subject you want to isolate from the background.

There are some caveats, though - you need to place the subject within 2.5 metres of the camera, but you can’t get too close to it.

You’ll also find that if the light is a little low, the iPhone will inform you that it's too dark.

Once you do have the correct distance and light, you’ll see that the phone displays “DEPTH EFFECT” to let you know it is working. From that point you can simply take the photo as you would ordinarily. 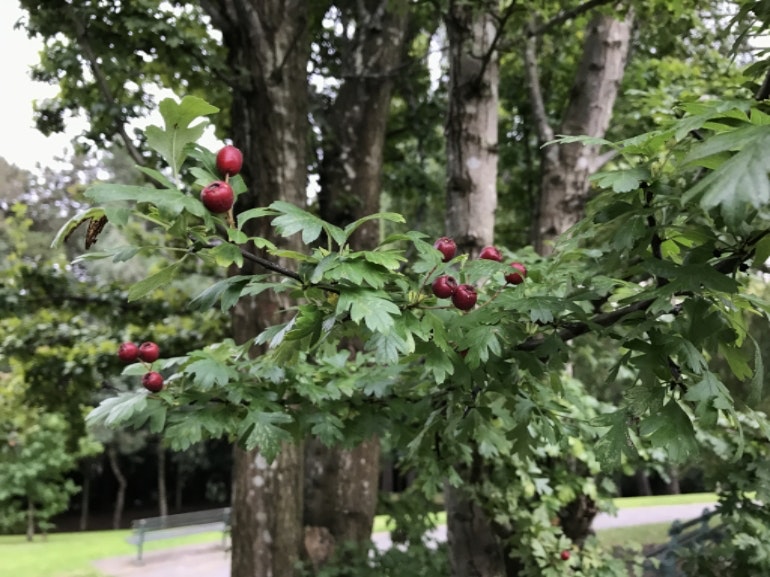 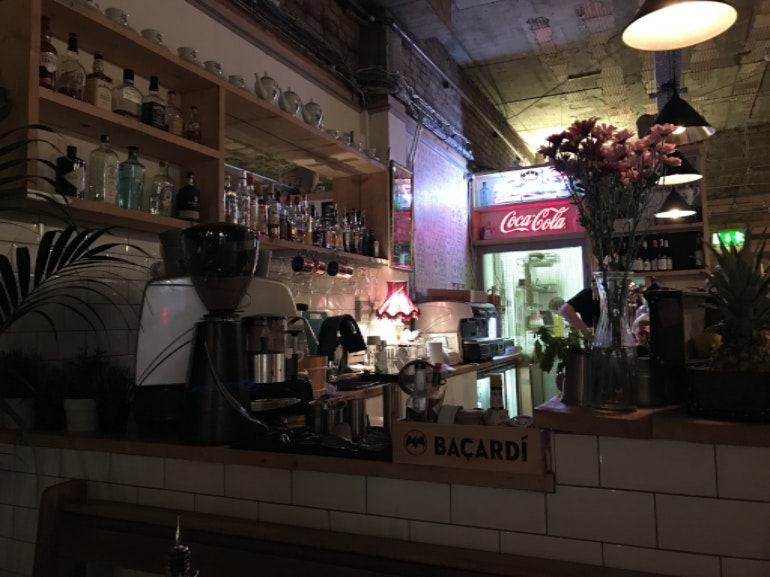 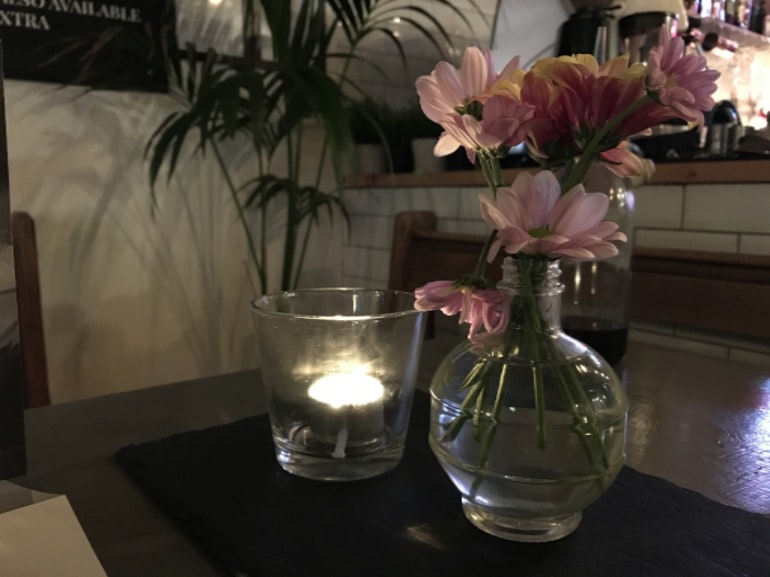 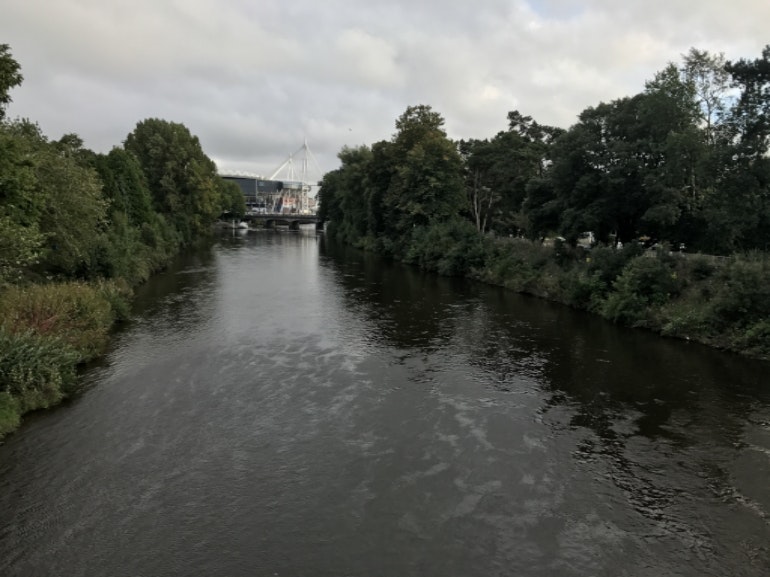 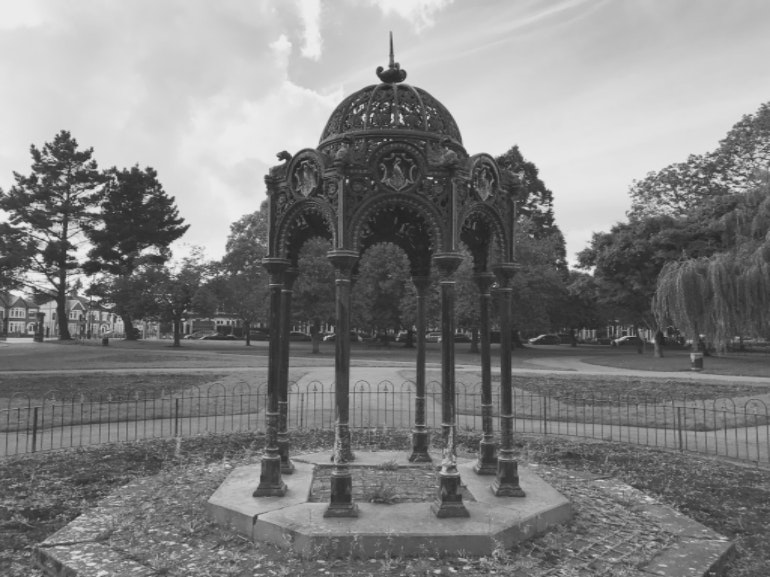 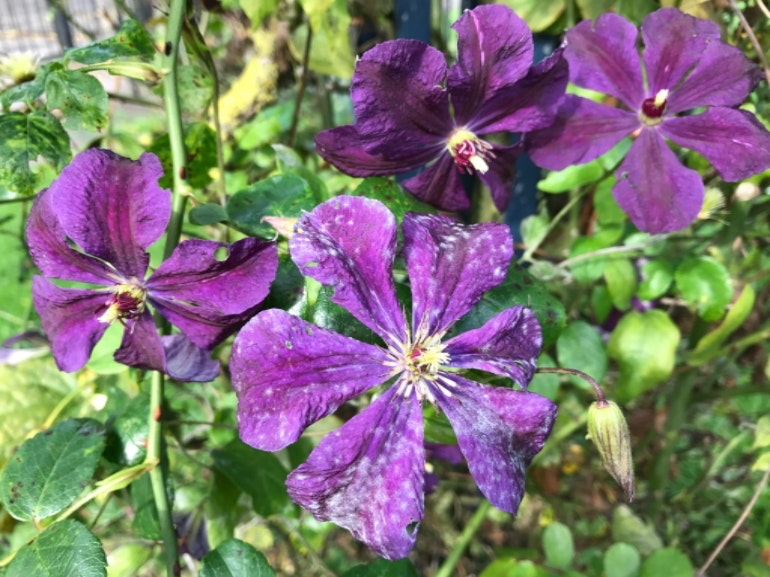 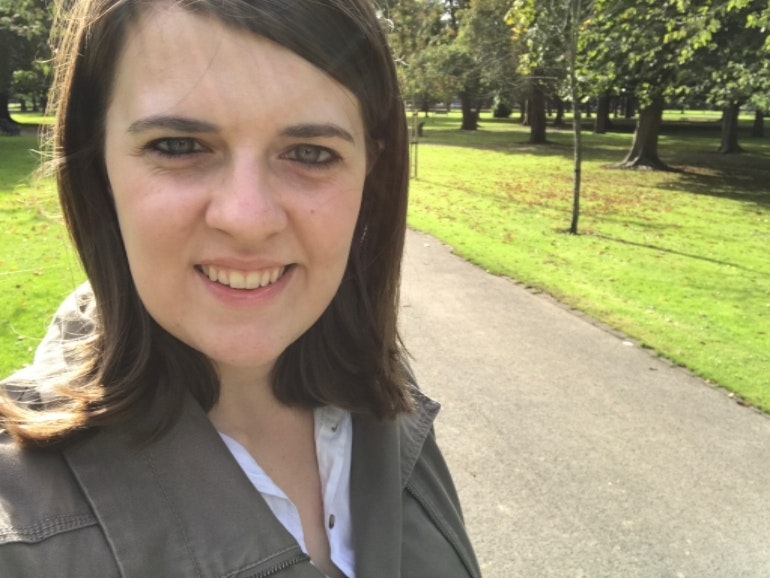 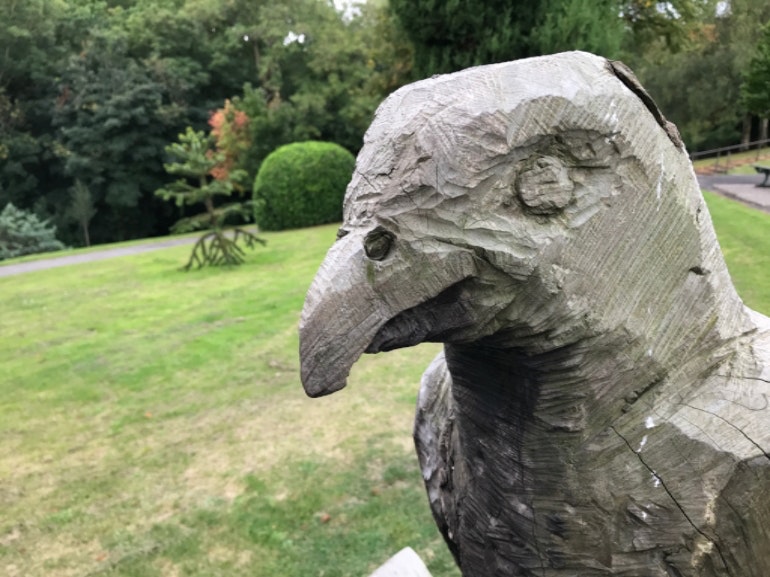 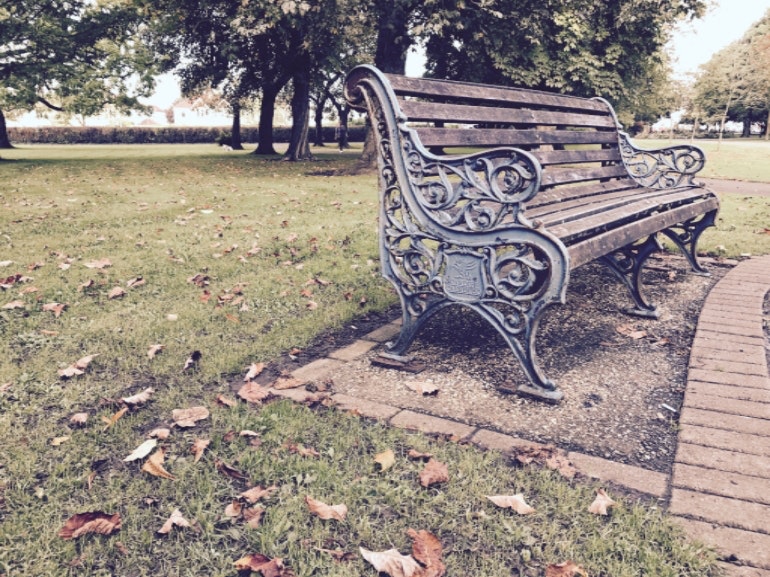 The iPhone 7 is capable of producing some very impressive shots. It copes extremely well with shooting in outdoor conditions to produce crisp and sharp images, which have well-balanced exposures.

Although you can alter exposure, it’s rare that you will find it necessary. Generally only very high contrast conditions cause problems.

By default, it’s worth leaving HDR switched on. This helps to get a balanced exposure and ensure that all areas of the frame have a good amount of detail.

If you’re shooting something which doesn’t have any high areas of contrast, switching the HDR off can lead to a slightly brighter image which may be preferable.

White balance is also impressive, with the camera able to accurately determine colours and toning to produce realistic images, even when presented with artificial lighting conditions.

Apple has made much of the increased wide colour gamut for the new iPhone cameras.

In real terms, this means that when you view your images on the iPhone or other devices capable of displaying wide colour gamuts, you’ll see richer and more vibrant colour tones than those taken (and viewed) on the iPhone 6S.

Optical Image Stabilisation, which was previously only present on the iPhone 6 Plus, is now available on the standard sized iPhone 7.

This translates into images which are generally sharper in the same conditions - it won’t help if the subject is moving, though.

It's not perfect by any stretch of the imagination. But considering the small size of the sensor, you can get some impressive images that are easily good enough for sharing on social networking sites.

The front facing ‘selfie’ camera has improved too, with better detail resolution - but again performance is best when the light is good. 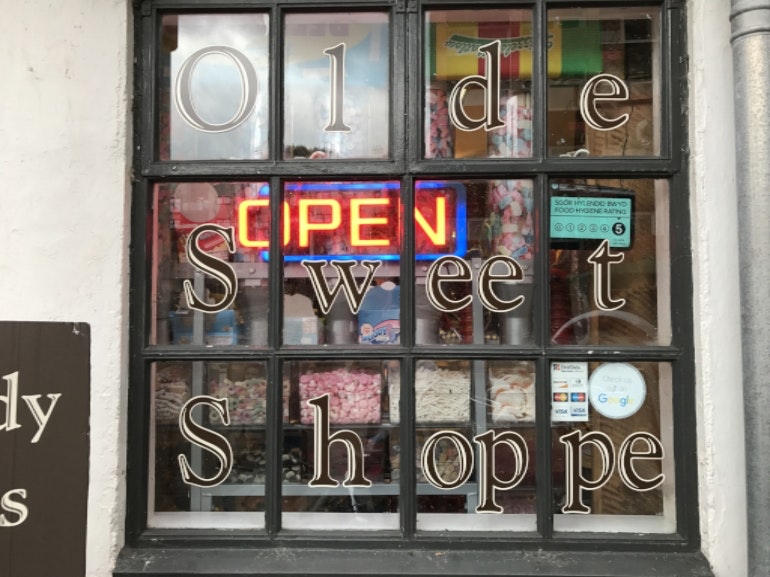 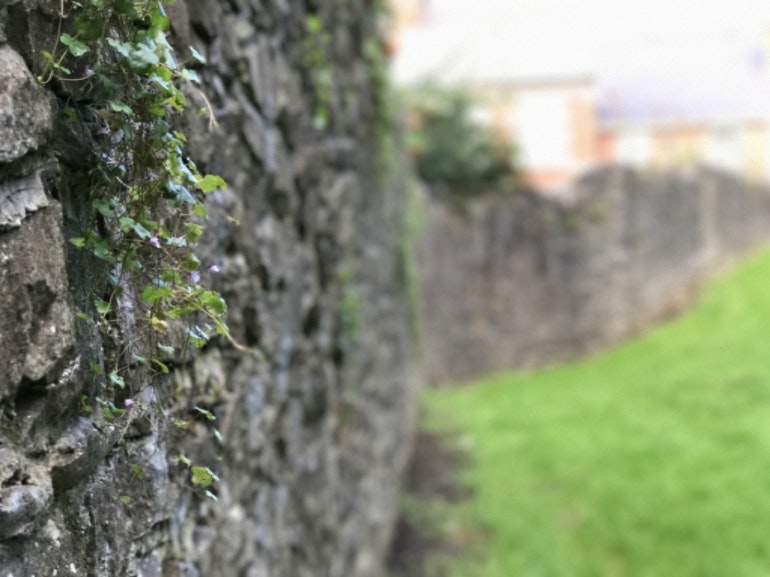 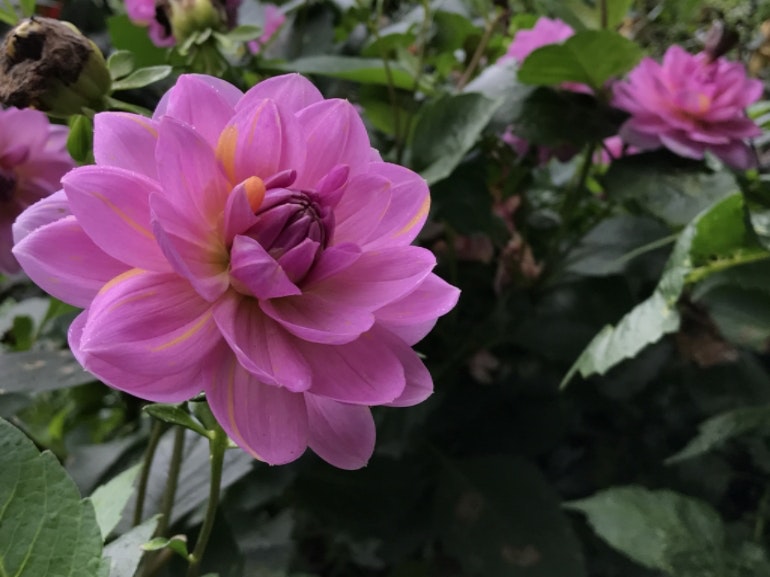 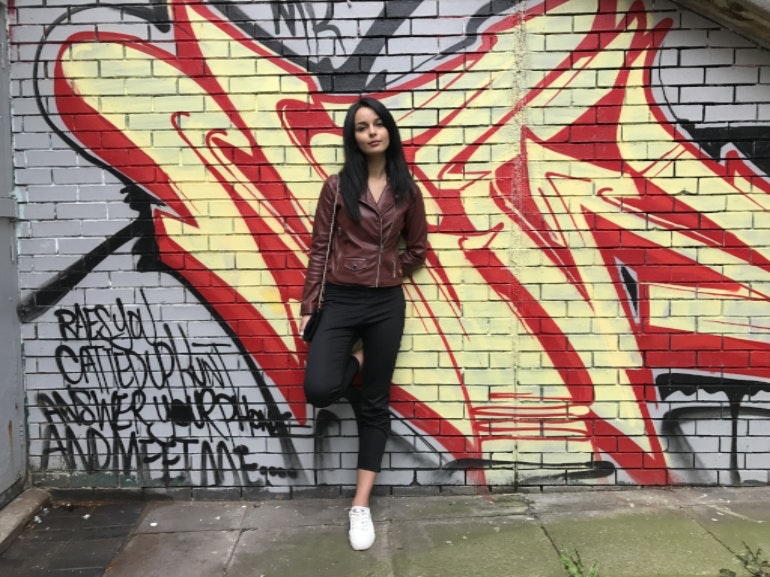 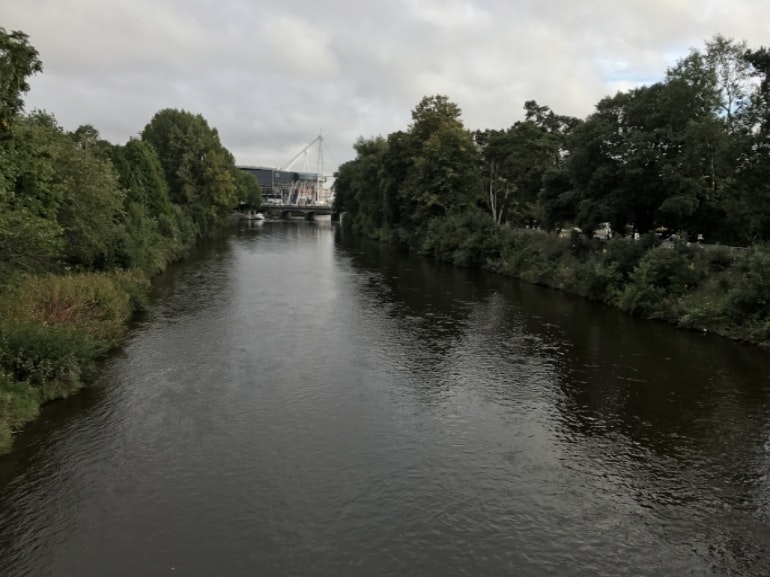 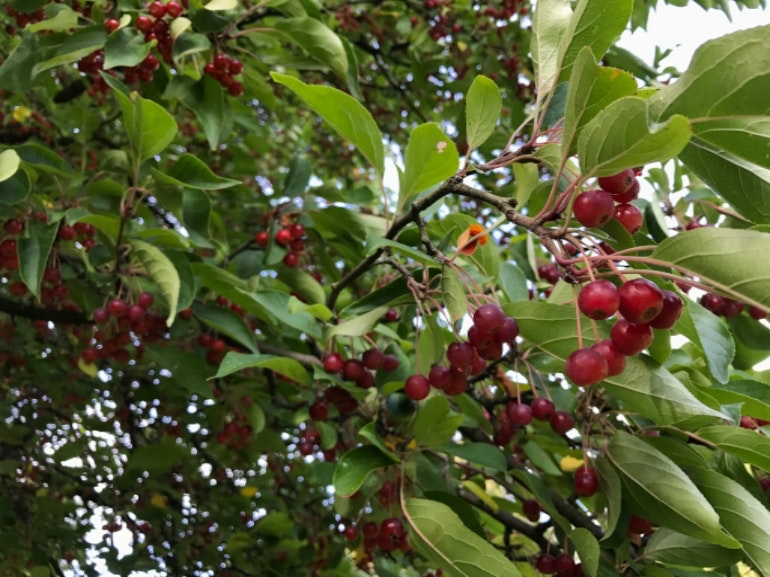 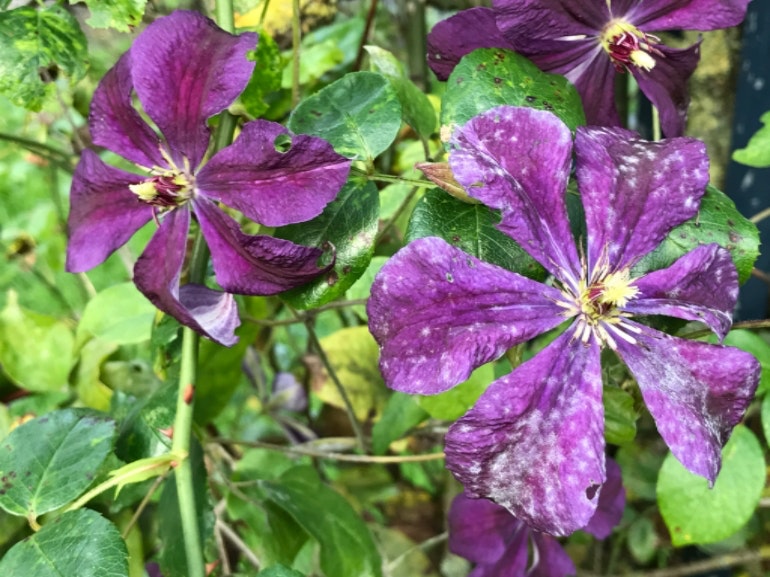 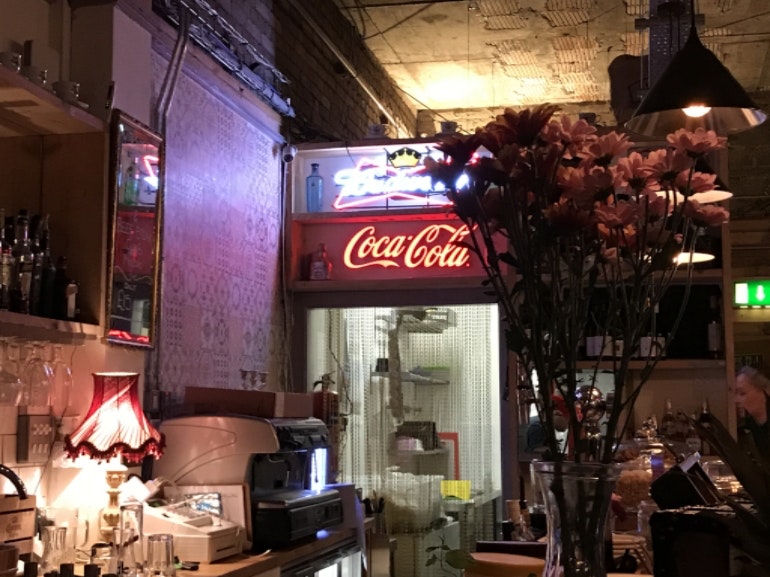 For the iPhone 7 Plus, image quality for the wide angle lens camera is identical to the iPhone 7.

The additional camera allows you to get closer to your subject without deploying a digital zoom, which produces much better images.

The extra distance is useful in many scenarios, and like the wide angle camera, the second produces crisp and detailed images in bright light.

As the aperture can’t go quite as wide (f/2.8), in lower light conditions the second camera doesn’t fare quite so well.

It’s still very capable of producing usable images for social networking though, and if you need that extra focal length it’s certainly preferable to using the digital zoom.

The depth effect from portrait mode yields mixed results. It's impressive up to a point, so long as you don’t scrutinise it too closely.

When viewed on the iPhone 7 Plus screen, or indeed any reasonably small screen, the image quality is good. But as soon as you enlarge the image, or view it on a computer (for example), you can see that there are areas of the image that don't look quite right.

You'd almost certainly get a better effect from even the cheapest DSLR camera. But considering this is something you can fit it your pocket it’s definitely a step in the right direction. 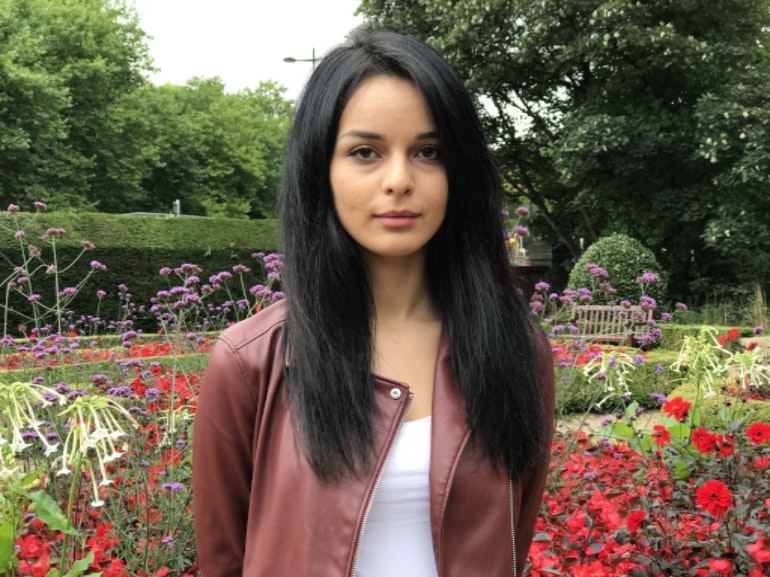 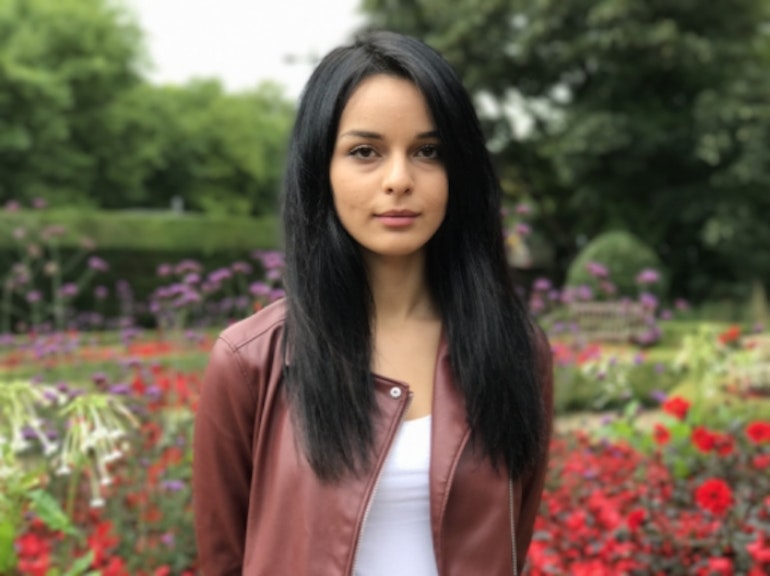 It’s also worth noting that Portrait mode is still only a work-in-progress at the moment, so the finished version could actually be even better.

Once again, if you want to can't wait to try it sign up to Apple's beta testing program and you can see for yourself. 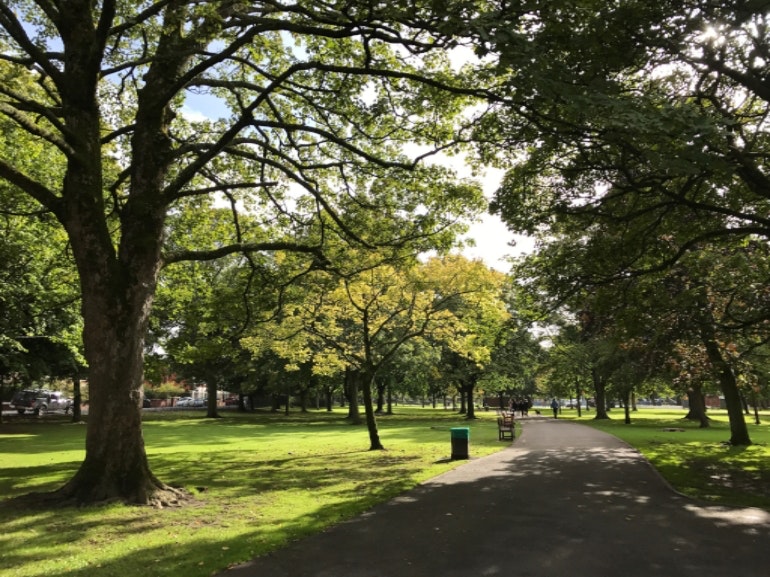 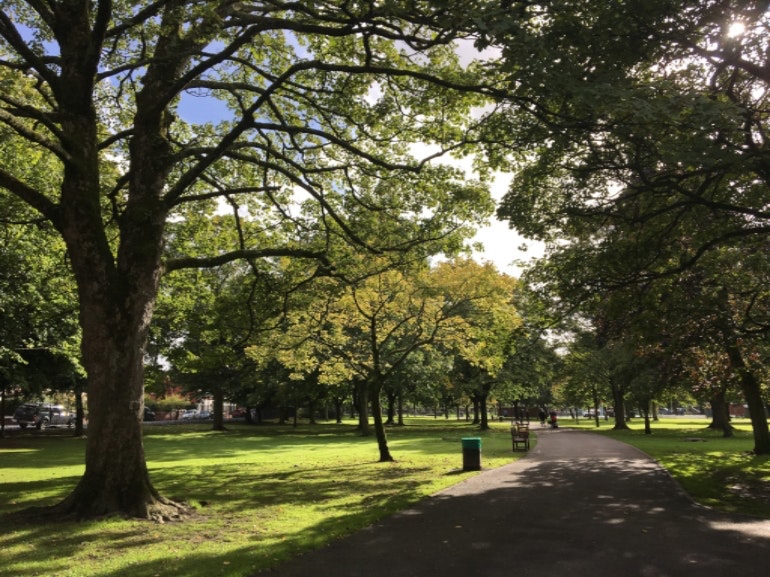 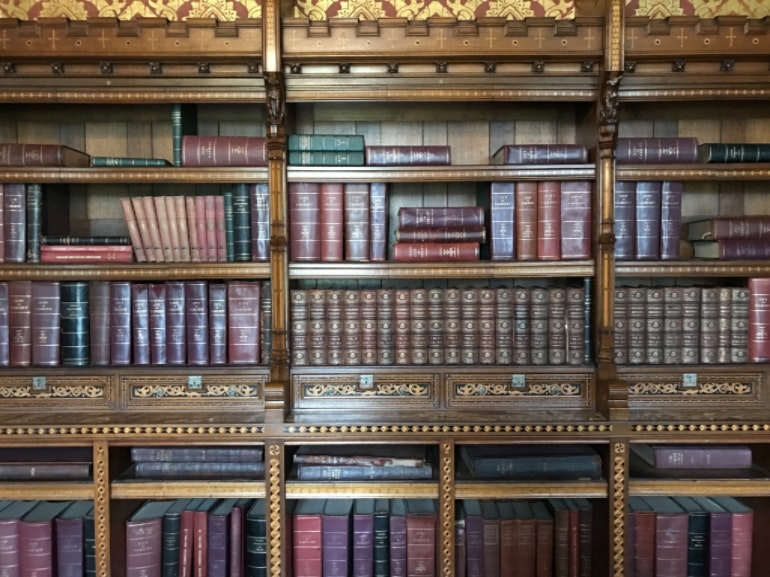 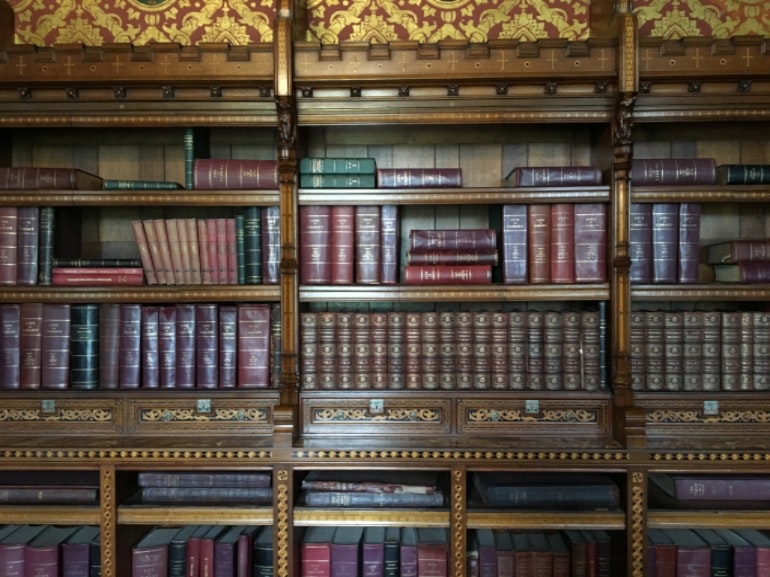 For everyday users who mainly want to take outdoor photographs, upgrading to the Plus may not be worth it. But if you’re somebody who frequently likes to take pictures indoors (such as at social occasions), you should be pleased with the trade up.

iPhone 7 Plus vs Huawei P9 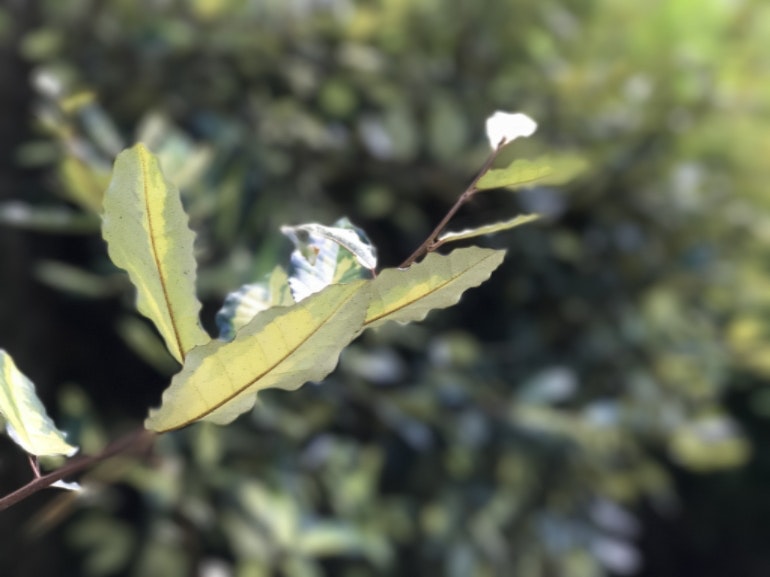 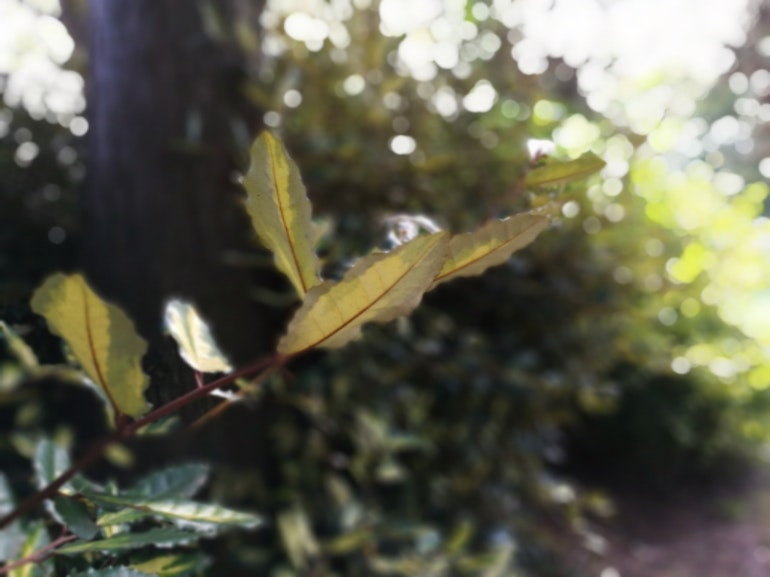 Like the iPhone 7 Plus, the Huawei P9 has a dual camera setup, and one of its key features is the ability to take shallow depth-of-field images.

iPhone 7 and iPhone 7 Plus camera verdict

It’s clear that for Apple the camera aspect of its phones is very important, and it has worked hard to produce high-performing optics.

In good light both the iPhone 7 and the iPhone 7 Plus can take wonderful photos, and the addition of the second camera to give you a second focal length is very useful.

For the moment, Portrait mode is good but not amazing. We’ll see how Apple continues to develop that particular aspect as time goes on.

As the light drops, you’ll find that the camera is a little less capable than it is in brighter conditions. But that's to be expected, and there is a notable improvement from the iPhone 6S.

It’ll be interesting to see what camera innovations Apple brings for next year's iPhone. But for now users should be very pleased with what the current models have to offer.

Considering an iPhone 7? Head to Uswitch Tech's reviews section for our verdict.