The Samsung Galaxy S20 Ultra is the highest-specced device from the Korean brand's current line-up.

The large 7-inch AMOLED screen, fast processor and a massive 5,000mAh battery are joined by a quad-camera setup to make this one of the best phones money can buy. 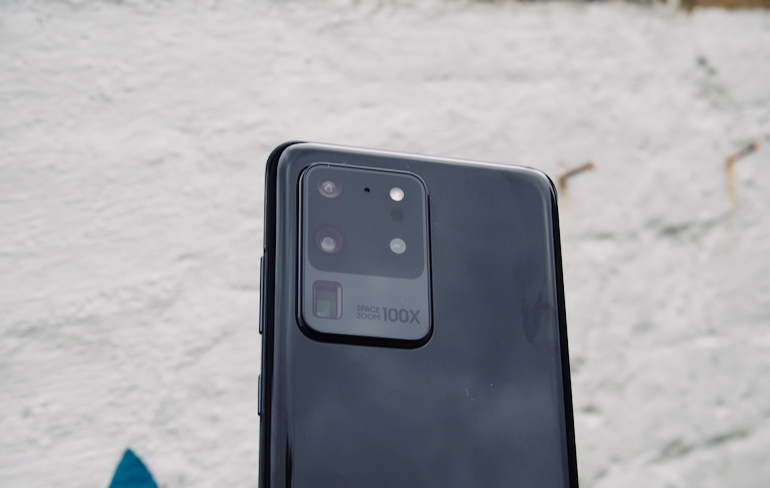 Four lenses plus a depth sensor fill up the camera bump at the back of the device.

Compared to the S20 and S20 Plus, the quad-lens setup found on the S20 Ultra includes a considerably more powerful telephoto camera.

The primary camera relies on a large sensor with a nominal resolution of 108MP. The sensor has a colour filter that uses 9 pixels to represent each primary colour which minimises image noise in low light.

For the zoom camera, Samsung has found a way around the space limitations by adopting a periscope-style construction, similar to what we have seen on Huawei phones.

The S20 Ultra telephoto is capable of a 4x optical zoom that can stretch to a hybrid 10x zoom by combining both the 108MP main camera together with the dedicated 48MPtelephoto. Both lenses have optical image stabilisation and phase detection autofocus.

Moving on to the ultra-wide camera, Samsung has implemented the same wide-angle lens and sensor found in the rest of the S20 series, a 12MP that although less capable than the main shooter in low light conditions, is still perfectly adequate for capturing outdoor scenes.

The fourth lens is a depth sensor. Only active in portrait mode, the dedicated lens builds a 3D model of the subject so that the camera can produce a more accurate bokeh effect.

The Galaxy S20 Ultra uses the same camera app as the rest of the S20 series. It is highly customisable, a rare feature even among high-end phones, and very responsive thanks to the adequately powerful processor at the heart of the device.

Swipe sideways to switch between modes and vertically to toggle between the rear and front (selfie) camera.

The icon with two trees is the standard camera, tapping the one on its left with three trees will enable the ultra-wide. Finally, the symbol with only one tree on the right is the zoom.

Here Samsung has made an interesting interface decision, as the zoom icon enables an enhanced 5x zoom instead of the optical 4x as you would expect. To toggle to the native 4x, you'll need to tap again on another set of icons, and confusingly, the tree icons will be depicting two trees again.

Apart from the zoom, you will find the usual set of icons at the top, including the very comprehensive settings panel in which you can customise the interface to your heart's content.

The first thing that you will notice when shooting outdoors on a sunny day is the high saturation of the sky. A deep blue sky has been a signature feature of Samsung cameras for some time now, and the S20 Ultra is another model that offers consistently bolder colours than the likes of the iPhone 11 Pro.

For outdoor shots the level of noise is negligible, and it only becomes noticeable in poor lighting. The rendering of detail can, however, show some unnatural artefacts due to oversharpening. In other words, intricate details will look sharp with well-defined edges, but when enlarged, they will reveal a significant amount of unnaturally contrasting contours. 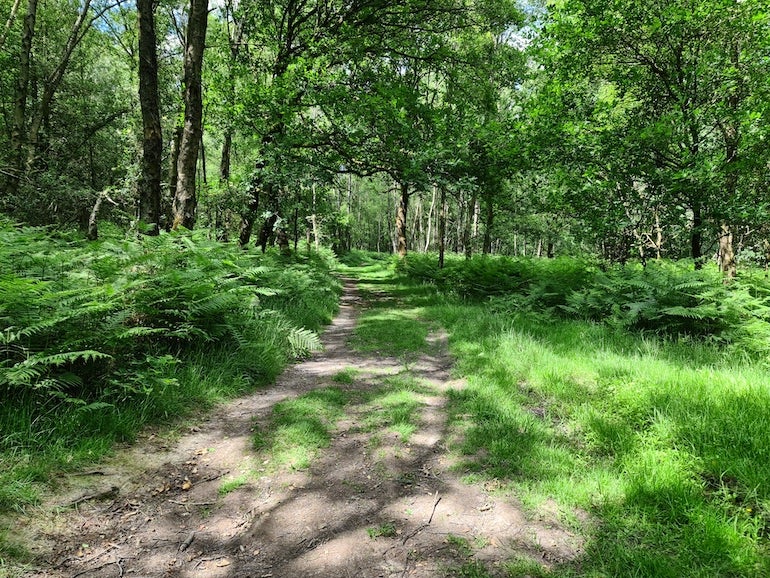 You’ll want to make the most of the S20 Ultra’s camera on a beautiful summer day. Thanks to the automatic scene detection, the camera adjusts its exposure and colour balance to enhance the right elements. In this case, nature. Green tones take priority and are rendered more vividly. Unlike lesser competitors these enhancements are not applied at the expense of realistic colours. 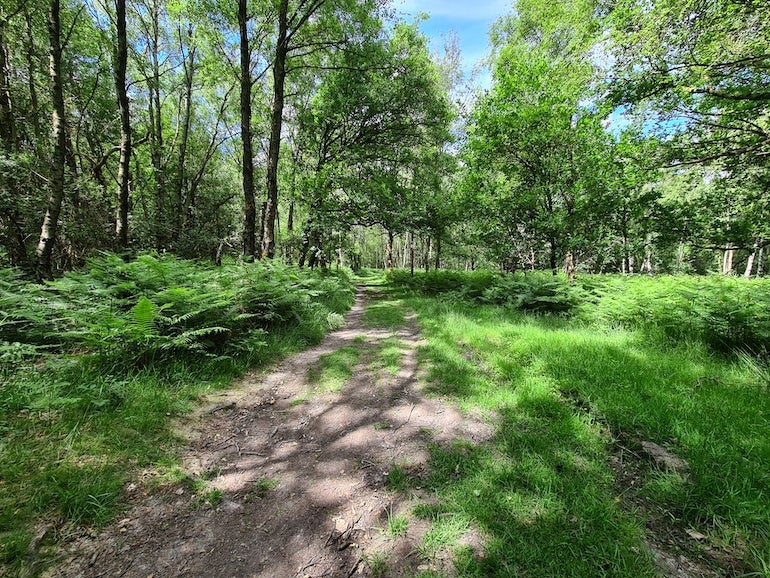 The same scene but using the wide-angle. For an outdoor scene of this kind, the 120-degrees ultra-wide lens delivers the same level of detail and only minimal distortion that can be detected at the corners. 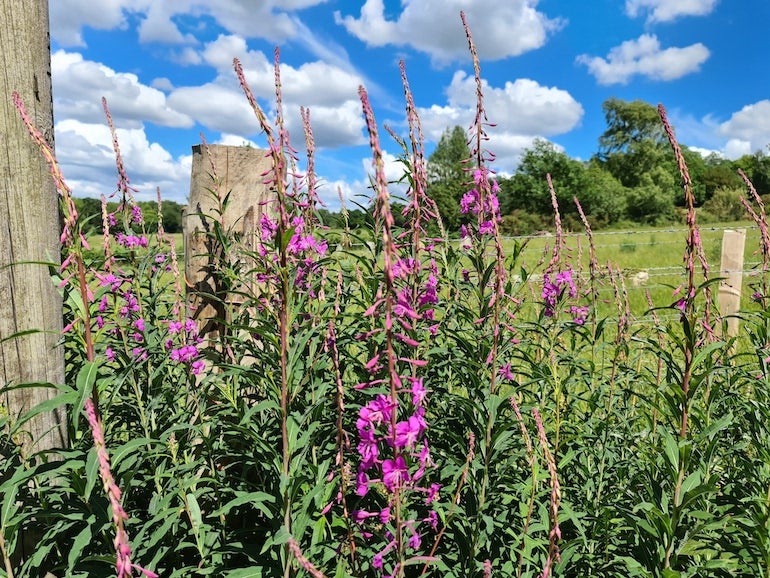 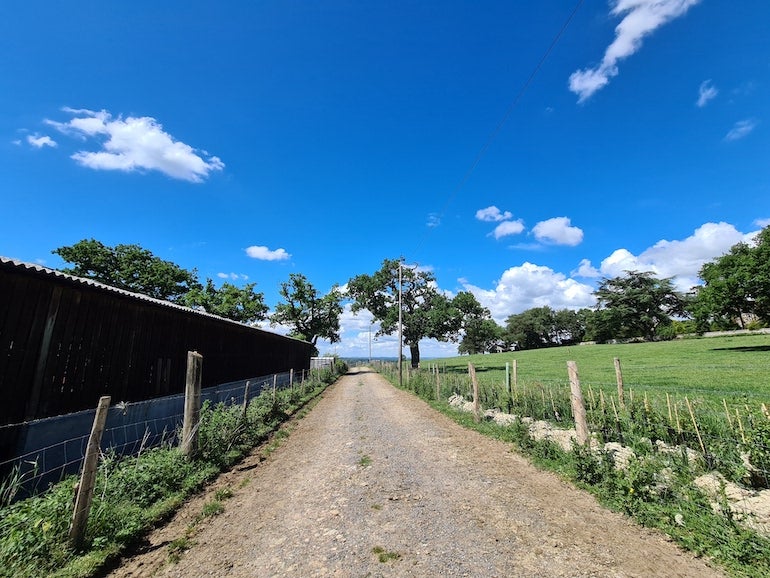 Skies get the unmistakable Samsung treatment. A deep, saturated blue that you’re not going to get with any other brand of camera phones. 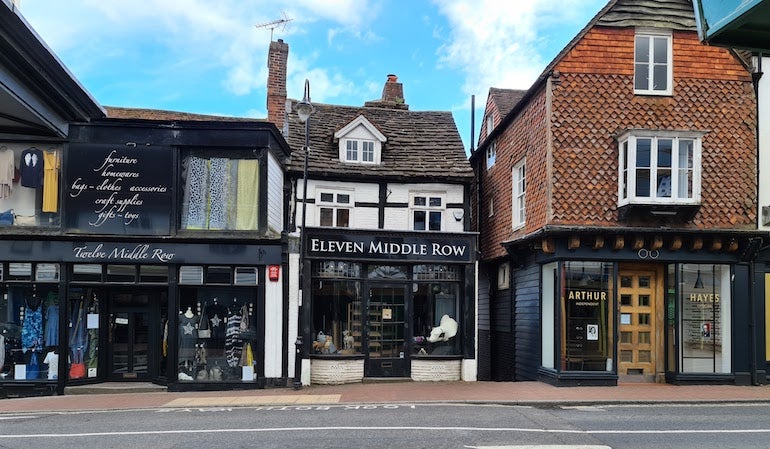 Exposure centred on a darker street level however the camera tries too hard to compensate. Shaded areas are well defined but the sky gets overexposed. This results in a strange, unnatural blue. 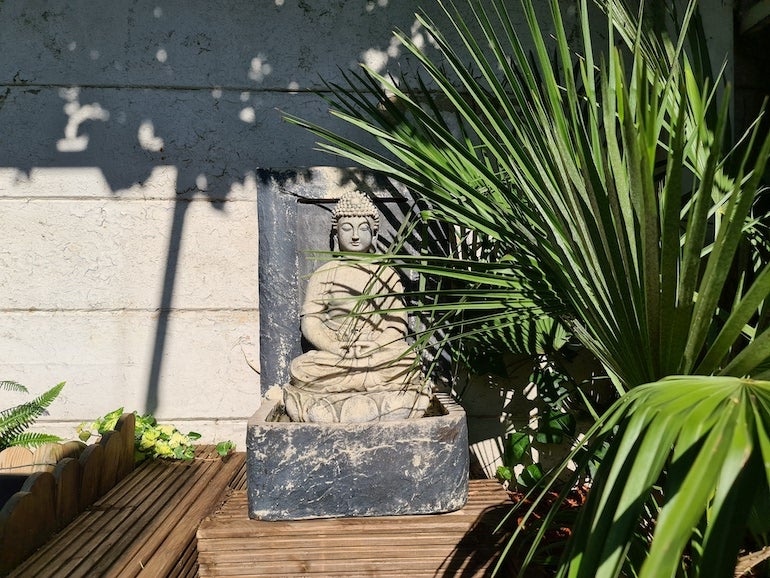 Dynamic range is impressive. Notice the detail of the shaded areas that also maintain a good colour rendering 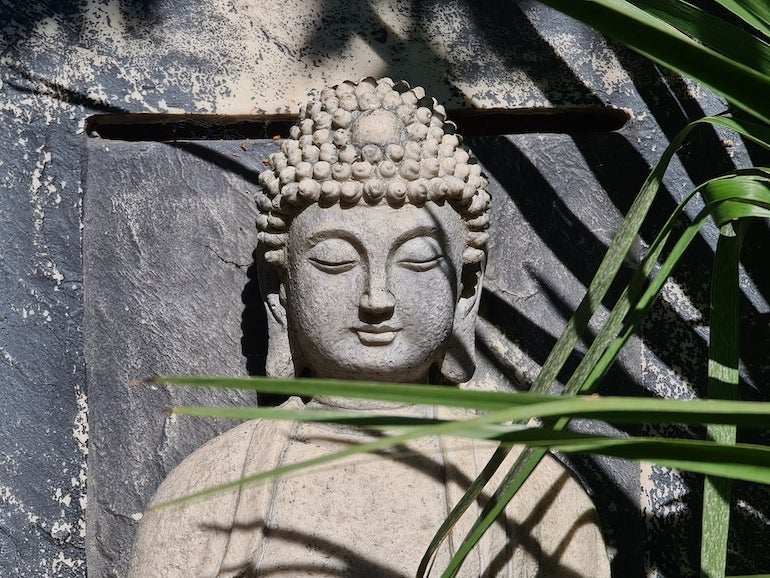 Sharp shadows can easily turn out too dark but even when zooming, the auto HDR helps to produce well balanced images.

When it comes to the telephoto lens, Samsung has overcome the apparent space limitations by implementing a periscope-style lens.

You will find a 4x optical zoom coupled with a 10x hybrid zoom that combines the information from the zoom and the 108MP primary sensor.

When using the 4x optical zoom, you'll find that there is minimal compromise in colour rendering and exposure.

The optical telephoto lens, aided by autofocus and optical image stabilisation generates images that are free from visible noise and distortion.

The 10x zoom is, of course, a different matter. When pushing the zoom past 5x, results suffer from noise and considerable distortion, especially around the edges. That is not to say that the hybrid zoom doesn't have its useful applications, and it can be an invaluable tool to share nature shots and landscapes on social media. 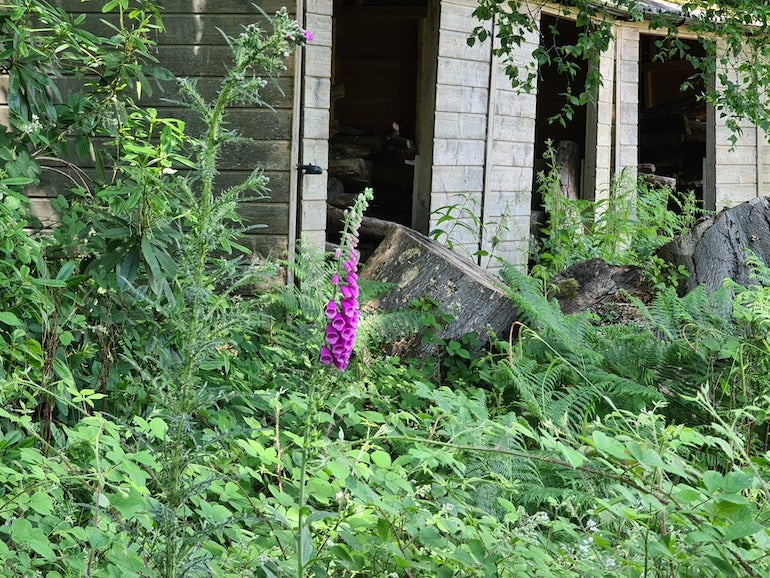 At close inspection the zoom lens is missing the sharpness of detail of the standard lens. 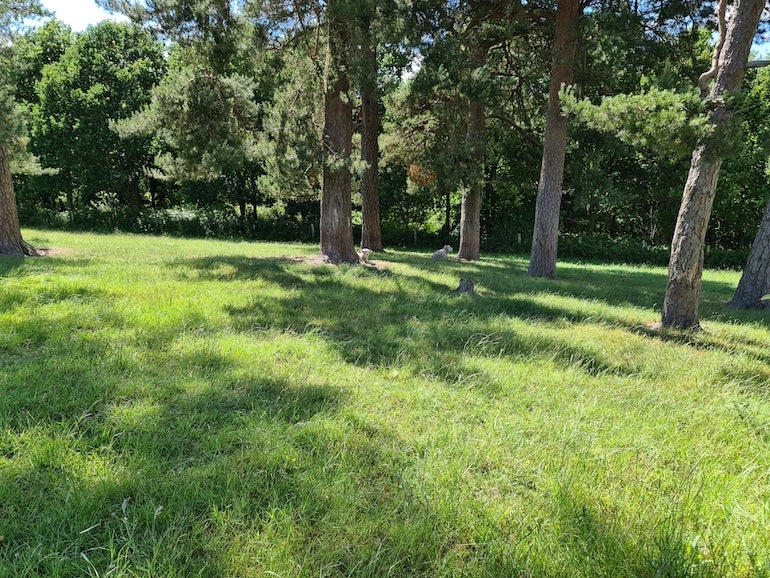 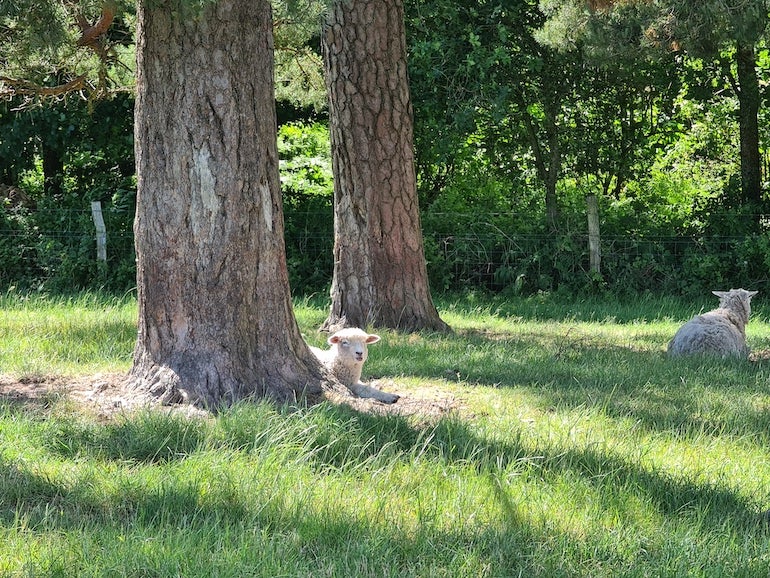 The S20 Ultra brings little innovation in its portrait pode. Almost identical in options and performance to what we have observed on the rest of the S20 series, the soft-focus background effect makes this an excellent device for portrait photography.

Compared to the iPhone 11 Pro Samsung's rendering of the subject's edges is slightly weaker as well as tending to overexpose the foreground. The S20 Ultra portrait mode images may not be as striking as the one produced by the latest iPhone series, with their sharp edges and highly contrasted subject, but what you get in return, however, is a high level of consistency. Depth of field detection is very accurate, resulting in soft-focus shots with a natural quality to them in a wide variety of conditions. 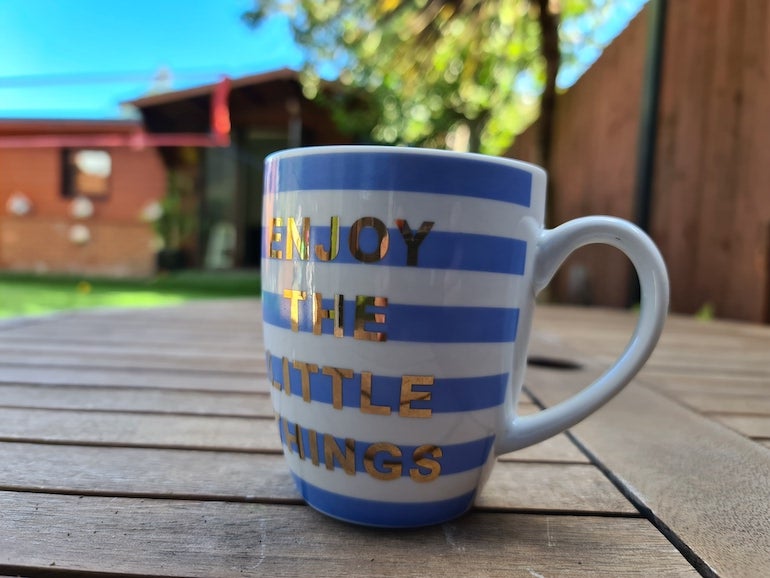 Not a trace of artefacts around the edges when bokeh is used on simple objects. Things may not pop as much as you can observe with the iPhone but the S20 Ultra+ treatment of soft focus is based on consistent results. 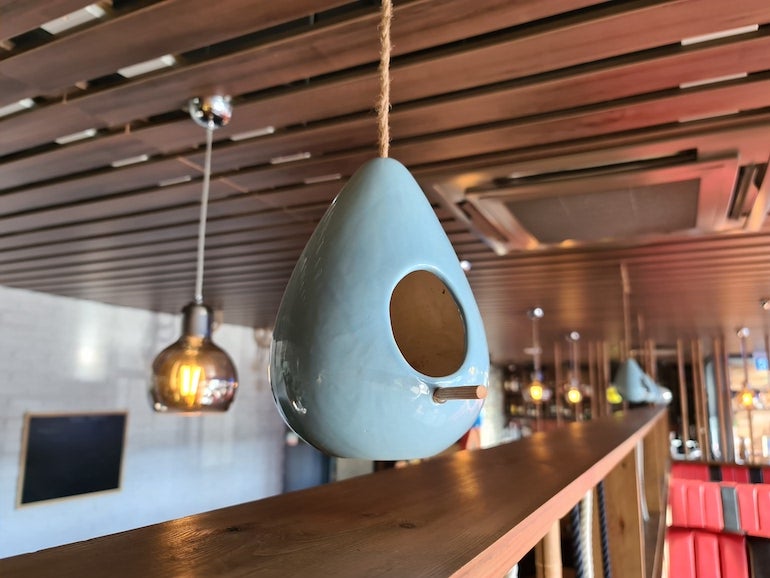 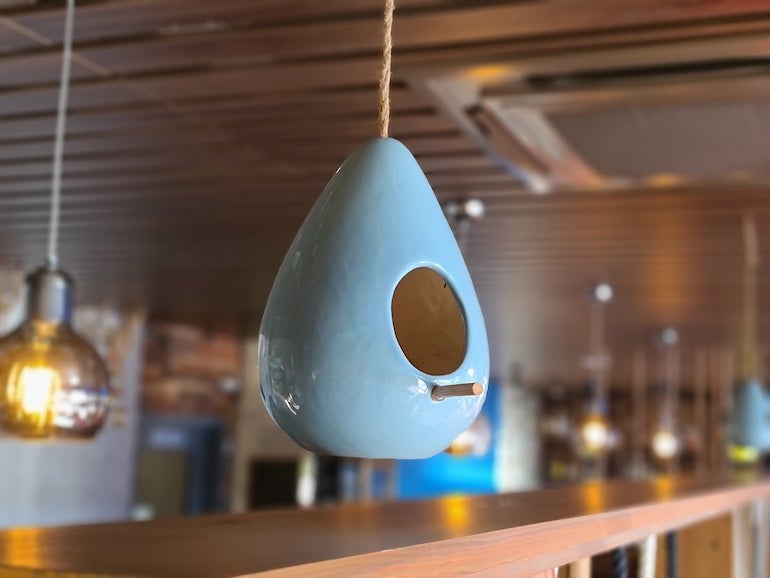 Background blur processing usually struggles with elements like the cord at the top. Amazingly there is no trace of blurring around it and it is instead rendered correctly. 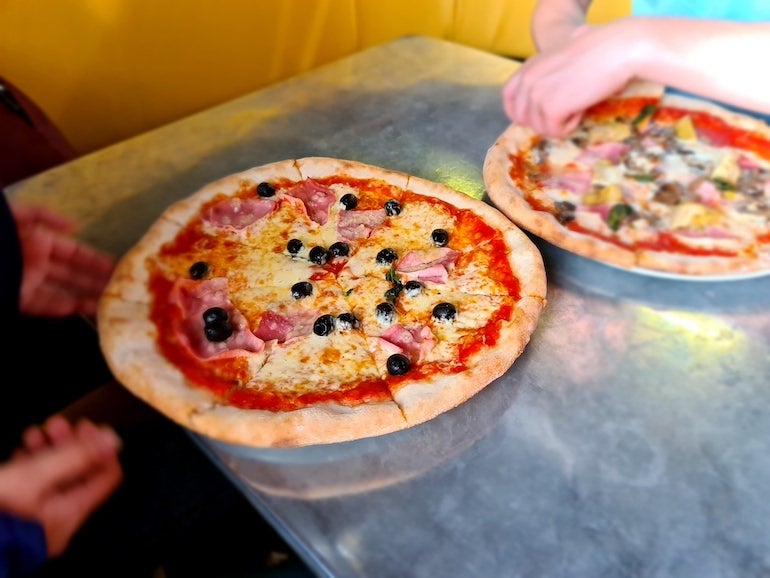 If you’re in the habit of documenting your dinner you can rely on the S20 Ultra to make a colourful pizza pop. Mmm, I can almost smell it.

If you like experimenting with wide-angle, there is precious little out there that can rival Samsung.

Colours and exposure are excellent, and distortion is minimal. 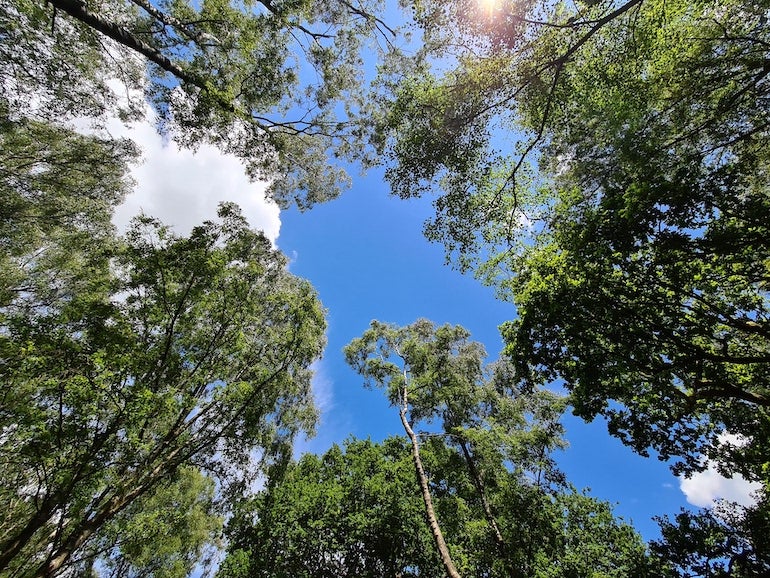 The wide angle is not only useful for panoramas and real estate indoor photography. Looking up can result in some striking shot like this of tree tops framing a patch of blue sky 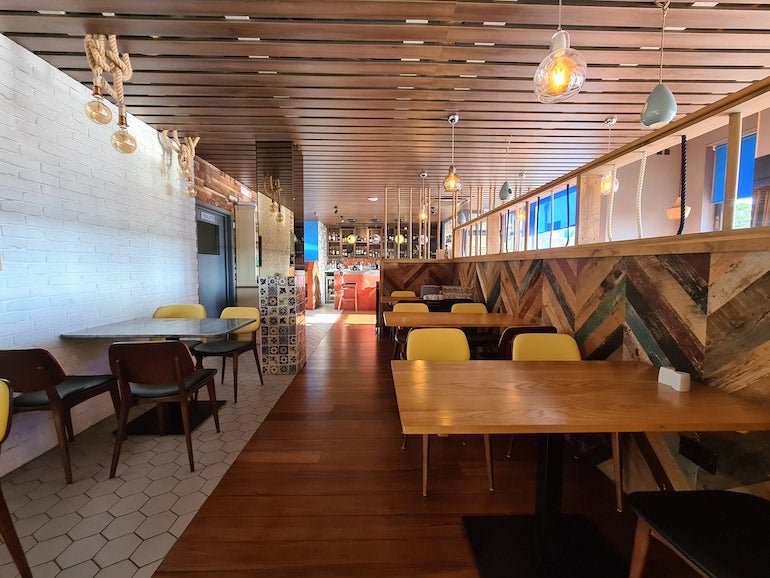 The distortion is there if you care to look, and the low light makes the wide-angle struggle with sharpness. 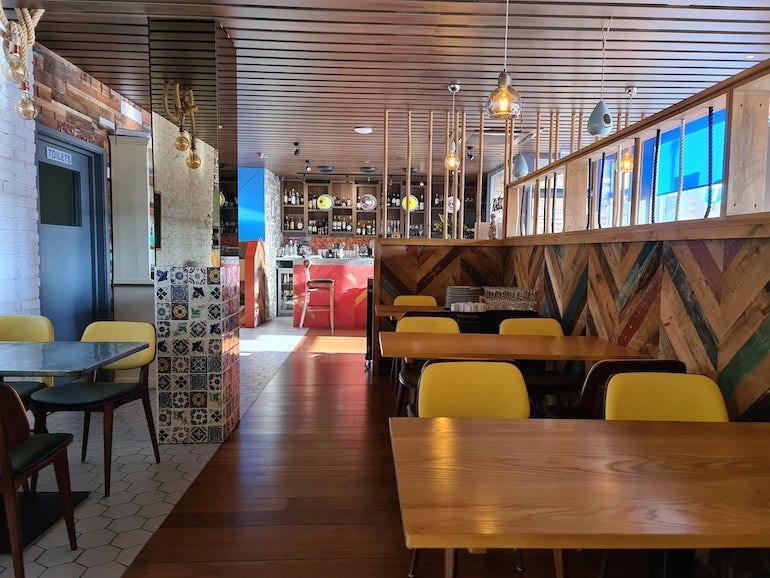 Better colours and details with the standard camera. 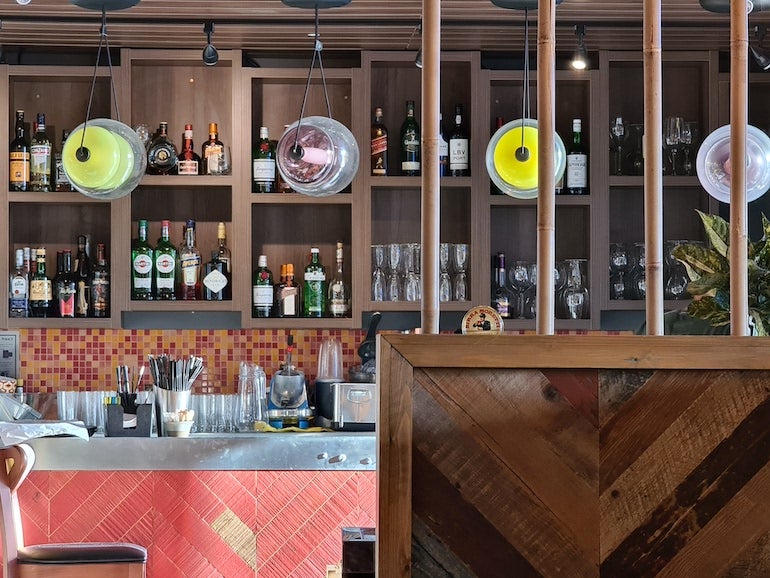 Incredible results with the zoom lens 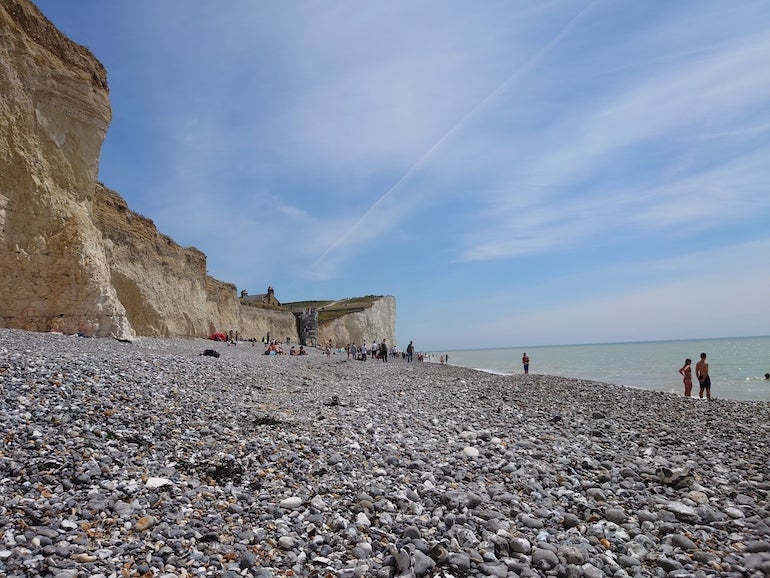 Wide angle, rather gloomy and a bit too much noise on the cliff surface 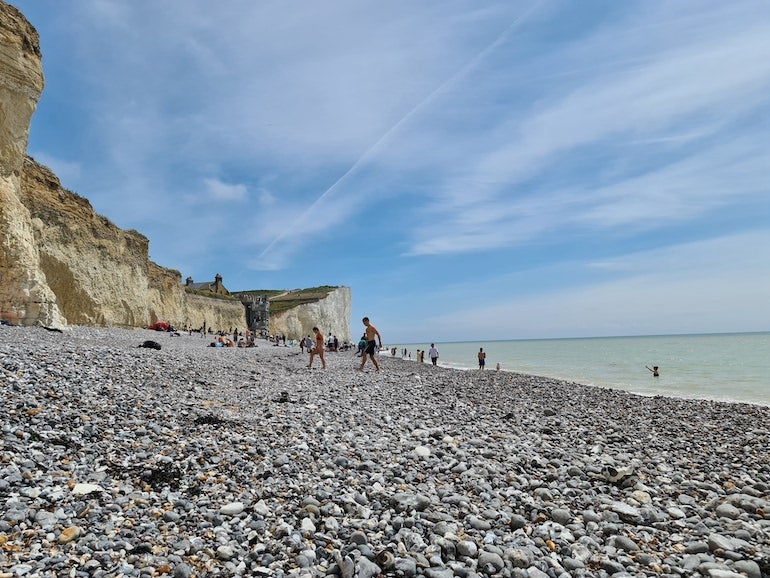 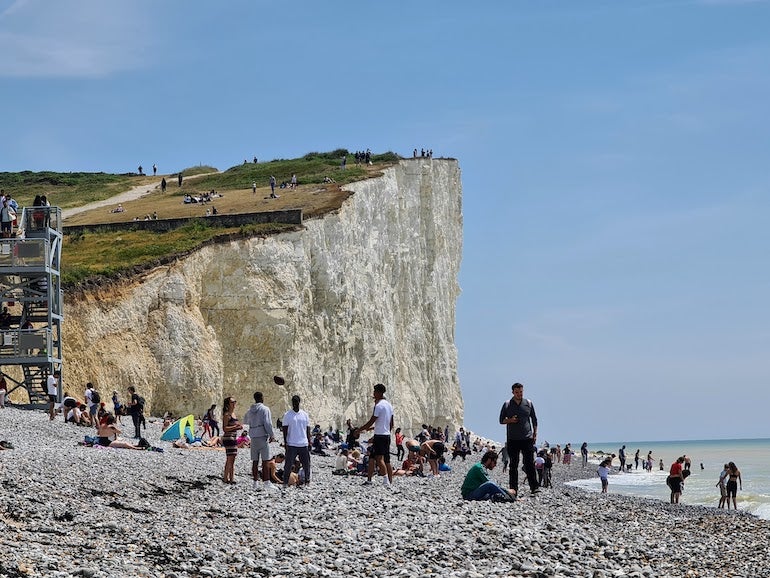 Nothing to complain about with a zoom lens. 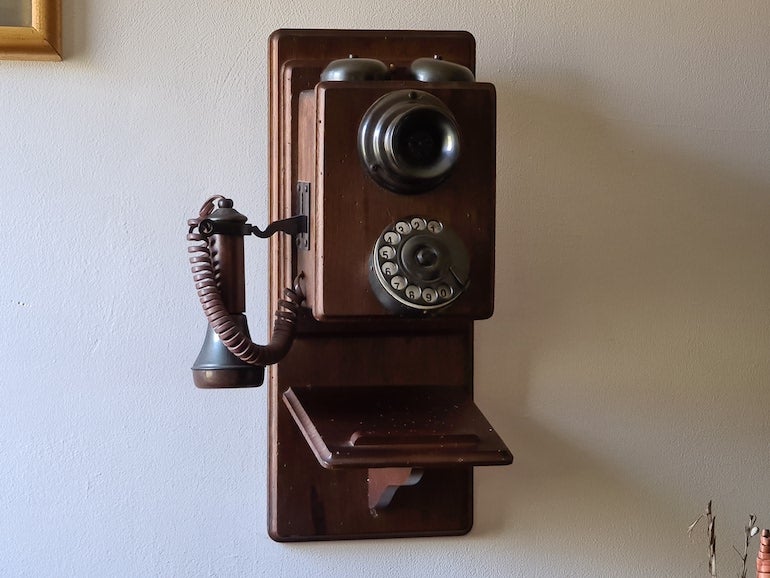 Zooming in low light is not recommended. Overall compensation is good at first impression and the scene appears well-lit but edges are too soft and there is plenty of noise in the lighter areas. 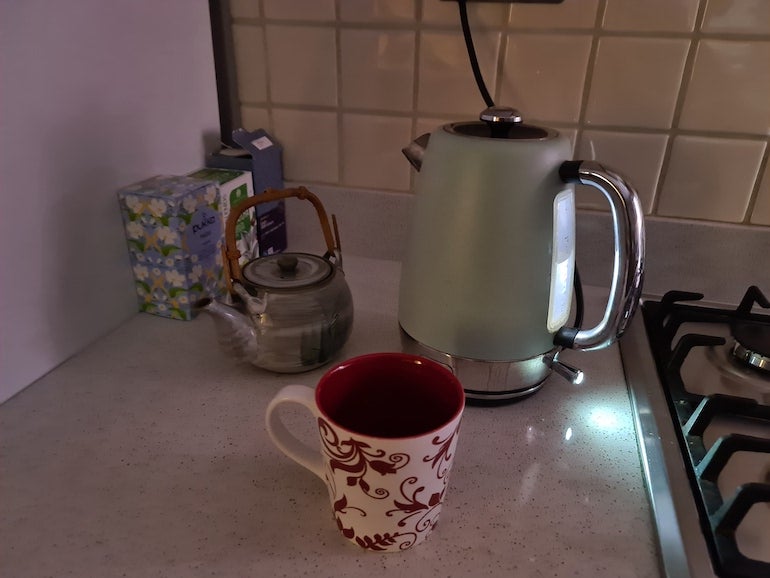 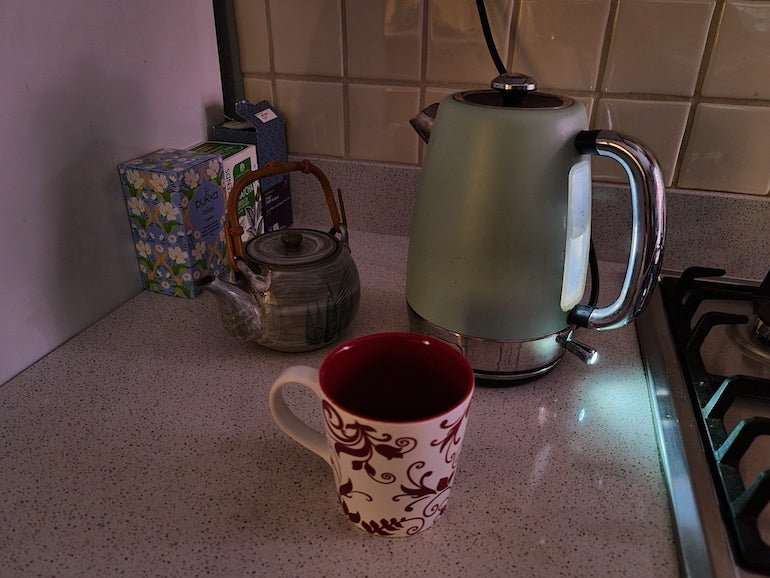 A very low-light photo taken in standard mode, and then the same using the dedicated "Night Mode". The latter requires you to keep your hands steady for a few seconds but the extra effort is more than worth it. You get incredibly sharp lines and none of that watercolour-like smudging. 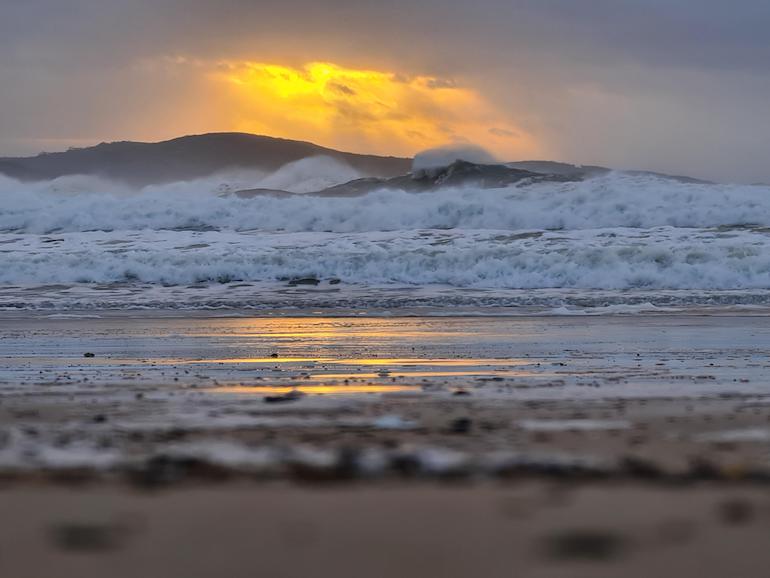 *Details are secondary in certain situations. If you experiment with telephoto and focus point you can produce some pretty amazing results.

Realistic colours, consistently of exposure and good handling of details make the Samsung Galaxy S20 Ultra one of the most accomplished smartphones when it comes to photography. The bokeh portrait mode is impressive, and the ultra-wide is capable and can allow you to capture more with minimal distortion.

Low light performance is not groundbreaking though, especially when compared with the Huawei P40 Pro and Google Pixel but results can be remarkable, especially if you’re willing to experiment with the dedicated night mode.

The same goes with the zoom capabilities; this is not the first smartphone sporting a 5x optical zoom, but this is only one of the features that makes the S20 camera so versatile.