npower is now part of the E.ON group - all of its customers have been moved over to E.ON Next.

Most UK energy suppliers are subject to Ofgem's energy price cap, and npower is no exception. The price cap sets the maximum amount suppliers can charge customers for average dual fuel usage on a standard variable or default tariff. These tariffs are usually the most expensive type of energy plan.

In February 2021, Ofgem announced it would be increasing the price cap rate from April 2021. The new maximum rate increased in April by £96 to £1,138 per year.npower reacted to the new price cap rate by announcing it would increase the cost of its standard variable tariff in line with the new cap - a price rise of 9% or an average of £96 per year for customers on npower's standard variable tariff (known as Standard (Paperless)).

The npower price rise only affects households on the Standard (Paperless) tariff. If you are on a fixed plan from npower or any other energy supplier, the rate you pay per unit of energy will remain fixed until the plan comes to an end. After this, it's likely your supplier will automatically place you on its standard variable or default tariff.

In August 2020, npower announced a 7% average annual price drop for its standard variable tariff customers, which came into effect on 1 October 2020. This was in reaction to a cut in the price cap rate announced by Ofgem.

Earlier in 2020, npower's also implemented a price drop in reaction to a drop in the energy price cap. The supplier reduced its prices on standard variable tariffs in line with the cap change in April 2020.

Prior to this, in October 2019, npower reduced the cost of its standard variable tariff by 6%, also in reaction to a drop in the price cap rate.

Though prices had some price cuts, npower has tended towards raising its prices in recent years:

What can I do about the npower price change?

If you're currently on an npower standard variable rate plan, your npower energy prices will have increased by an average of £96 from April 2021. If this affects you, you can shop around for a better deal and switch before the price rise comes into effect.

If you are on npower's Standard (Paperless) plan, then it's a good idea to switch to its cheapest fixed plan or look to switch to a new supplier.If you're already on a fixed plan from npower, your rates will stay the same for the remainder of the contract. But remember that npower will automatically place you onto its standard variable tariff when your fixed deal ends, which could offer worse value. You can switch to a cheaper deal around 49 days before your plan ends without having to pay an exit fee.

Which energy suppliers have changed their prices in 2021?

Following the price cap review in February 2021, many energy suppliers raised their prices alongside npower in line with the new cap level.You can read about previous price changes from the rest of the big six below:

Will there be another npower price rise in 2021?

The energy price cap is reviewed twice per year, in February and August (to come into force in April and October). Following the February announcement, prices have already risen by an average of £96 in April. However it's yet to be seen whether there will be another energy price rise announced in August, or whether the price cap rate will be reduced.If you have been affected by an energy price change, then run a energy comparison to see if you can save on your bills.

Ofgem – Discover the role of the energy market regulator

Find out how Ofgem works with both energy suppliers and consumers. Discover how the UK energy regulator helps ensure consumers get a fair deal on their energy. 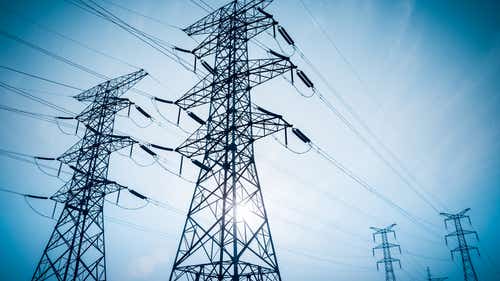 How to compare and switch UK electricity suppliers

Are you one of the households overpaying for your domestic household electricity? Compare electricity prices here and switch today saving you money on your energy bills in 2022.