A series of mocked-up images have given a tantalising glimpse of what a foldable iPhone could look like, less than a week after Samsung officially pulled the wrappers of its Galaxy Fold. 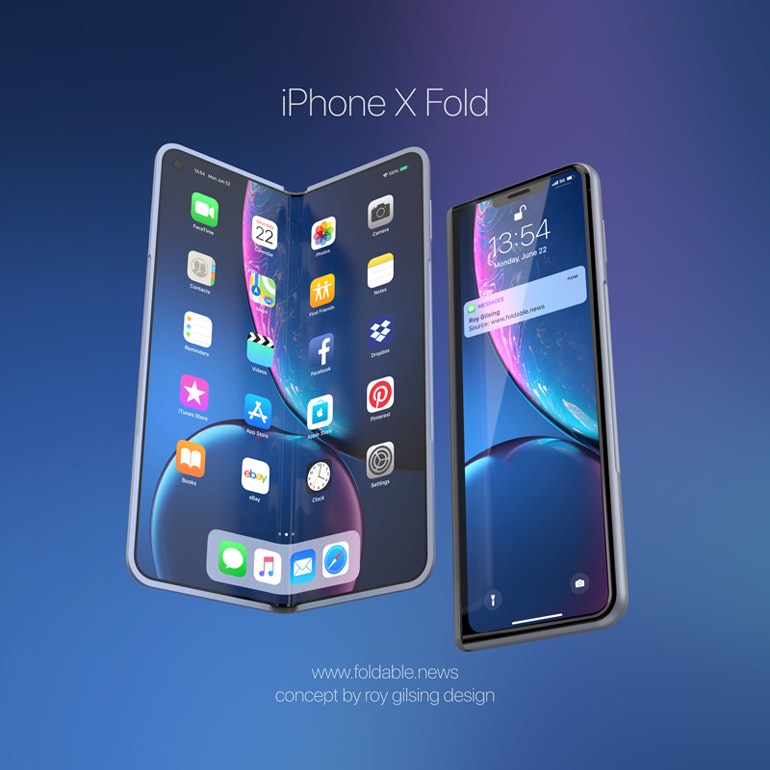 Like the Galaxy Fold, it opens out from a tablet–sized device, with a smaller screen when folded for use as a smartphone.

Gilsing says that the main iPad screen comes in at 1:3, with a 2:3 aspect ratio for the iPhone screen on the outside of the device.

Interestingly, he has also imagined being able to use the foldable iPhone like a laptop, with one area available as a keyboard and the other as a screen for productivity apps. 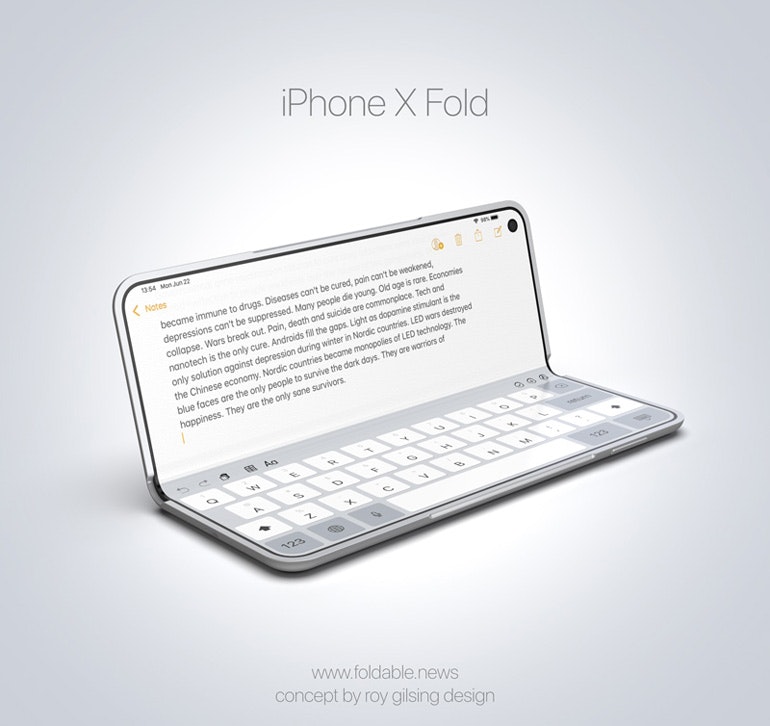 While these are only drawings, hype about a foldable iPhone is only going to build over the coming months.

Samsung’s new device is likely to herald a wave of new folding phones, after Huawei joined the Korean tech giant when it unveiled the Mate X at Mobile World Congress yesterday.

Apple’s own plans are shrouded in secrecy, although leaked patent filings at least suggest it is toying with the idea of a foldable iPhone. Last week, 24 official drawings of a folding iPhone appeared online, showcasing a variety of designs.

Any such device would be unlikely to launch in 2019, with Apple expected to wait until at least 2020 to release its own take. This follows Apple’s usual tried and tested pattern of seeing what comes to market before offering its own version.

Samsung’s Galaxy Fold has won plaudits since its launch, despite the fact it is expected to cost around $2,000. The phone features six different cameras, the option to use three apps at once and is set to come in 4G and 5G options.

You can now get the iPhone 13 lineup with Three.

Yes, you can play Snake on it.