Apple has already patented a folding iPhone, but could it be making a folding iPad as well? Here’s a render imagining how it would look.

This image comes courtesy of LetsGoDigital. They imagine the device as a “complete workstation” – i.e. it would work as a tablet for all your desktop needs – but also fold down to fit in your pocket.

There’s more fuel for the rumour fire too – Samsung has reportedly sent Apple a set of folding screens. The screens are said to measure 7.2 inches diagonally, which is slightly smaller than Samsung’s Galaxy Fold phone.

Samsung – or rather Samsung Display, its division that deals solely with screens – currently supplies Apple with OLED screens for its iPhone XS and XS Max. So the two could extend the relationship, with Samsung supplying panels for Apple’s rumoured folding devices too. 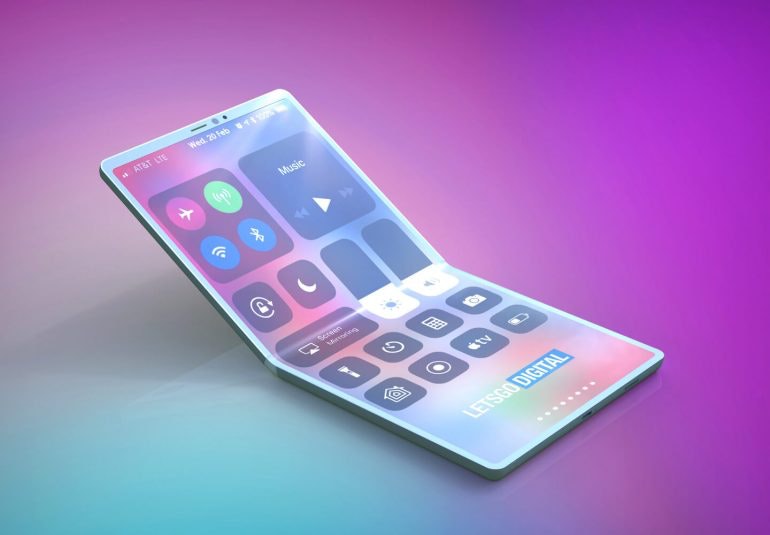 According to the report, Samsung Display has also sent the displays to Google “in order to fully expand its folder-based display business and uncover customers”.

The report comes from ET News, which has a somewhat patchy track record when it comes to accuracy. So we’ll take this report with a pinch of salt for now.

Previous rumours suggested Samsung could withhold its folding screens from rivals in order to maintain an advantage over them. But this report contradicts that.

Of course, there’s no guarantee Apple is working on folding devices of any kind – just because it has patented some designs, that’s no guarantee it will ever make said products.

Folding phones are very expensive at the moment, with some costing more than £2,000. That’s about twice as much as a new iPhone. So they’re likely to remain a niche product exclusively for early adopters for now.

The most notable folders so far are the Samsung Galaxy Fold and Huawei Mate X. The Mate X has larger screens and is substantially slimmer when closed. It will go on sale in June, while Samsung’s model will hit the shops next month.