The Samsung Galaxy Fold will hit the shops on 3rd May, but still Samsung hasn’t let anyone get hands-on with the device. Except for these robots, that is.

The firm has posted a video of the device’s folding mechanism being tested by machines, set to an upbeat soundtrack. We see the phone being folded and unfolded over and over again to see if the screen stands up to the repeated action and keeps switching on when unfolded.

It’s one of the best looks yet at how the mechanism works. 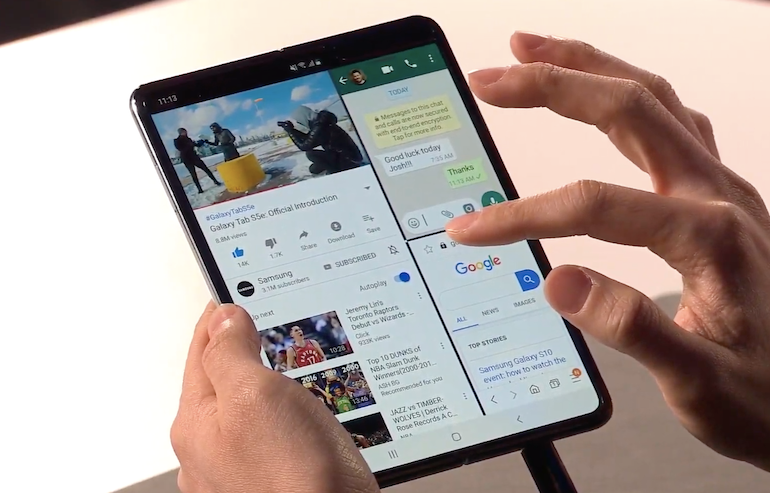 From the looks of it, there’s no visible crease down the middle of the screen, as in some early reports. Though we’ll have to wait until we get a device for ourselves to confirm this.

According to Samsung, the device will withstand over 200,000 folds and unfolds, which it estimates is around five years of use, assuming 100 folds a day. Five years is an age in smartphone terms – five years ago we were cooing over the iPhone 6 – so it should last you more than long enough. 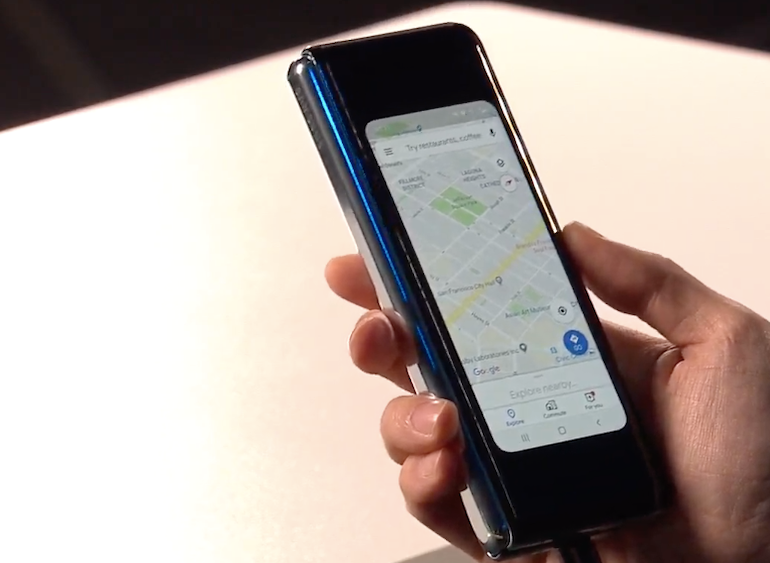 When it goes on sale on 3rd May, the Fold will be the first foldable phone to hit the UK. Mobile operator EE will be the exclusive UK network for the device, and the Fold will also be sold through Samsung’s Online Shop and its Experience Stores.

You can register your interest in the device now. Pre-orders go live on 26th April. 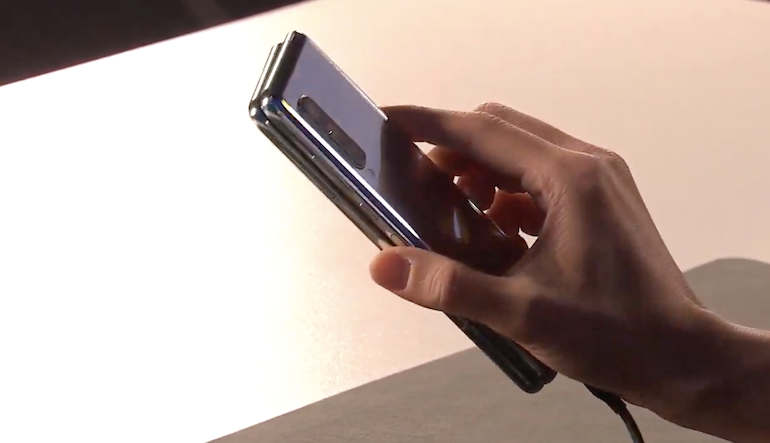 The device will cost £1,799, which is around twice the price of a standard flagship smartphone. It will come with Samsung’s Galaxy Buds wireless headphones and a slim protective Kevlar case.

You get a choice of four colours: Space Silver, Cosmos Black, and (exclusive to Samsung purchasers) Martian Green and Astro Blue. These last two come with a choice of hinge colour too: either Dark Silver or Gold.

When folded, the Fold has a 4.6-inch screen, and when unfolded in tablet mode, it spans 7.3 inches.

Only a million units will go on sale. Coupled with the high price, don’t expect to see this in every workplace and pub in the UK.