House of Tech: Inside the smart home of 2040 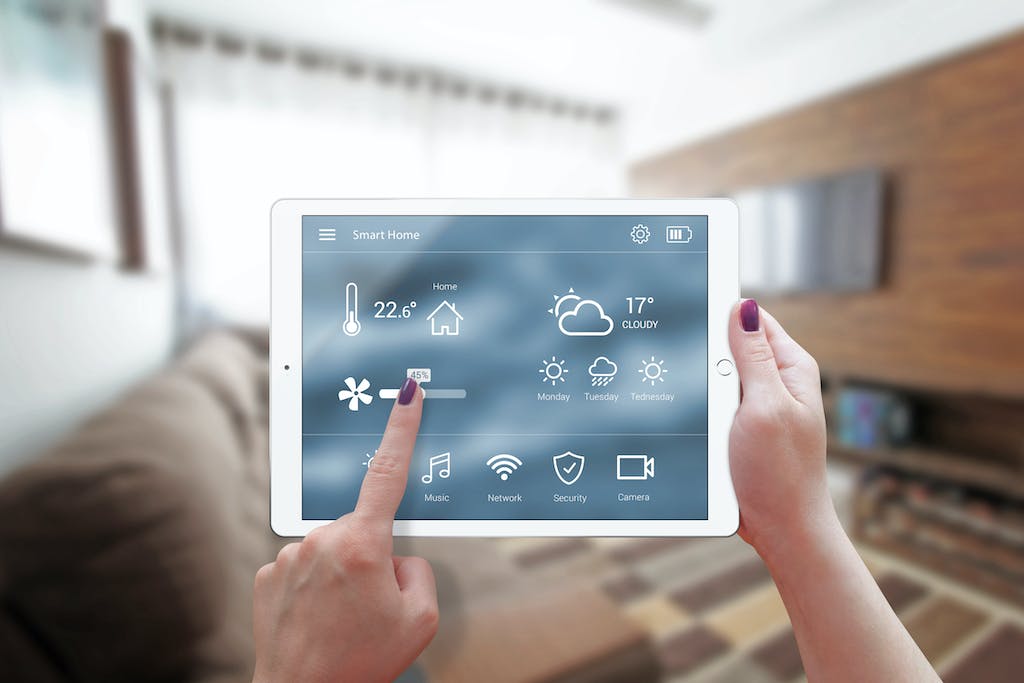 Our homes have changed a lot in the past twenty years. With computer technology rapidly advancing, environmental sustainability becoming ever more important and, perhaps most crucially, internet access becoming an essential utility, houses in the UK are starting to look very different in the couple of decades since the turn of the Millennium.

Uswitch has taken a journey through time to remember the home gadgets we all relied on back in 2000, the best tech we have available right now in 2020 and what we expect to change in the next 20 years, as we approach the halfway point of this century, in 2040.

Here are our homes of the 21st Century so far...

Technology moves forward so quickly that we often forget to stop and reflect on just how quickly our gadgets have evolved. Here’s the tech we remember from the home of 2000.

Recognise anything? Click or tap on the tech to learn more:

Although the World Wide Web had been invented well before 2000, internet access in the home was still a ‘nice to have’ rather than a necessity. With slow dial-up internet wired into desktop PCs, rudimentary processing power and low storage capacity, electronics paled in comparison to the home technology we see today, but understandably back then we had fewer daily tasks that relied on a strong, far-reaching broadband connection.

Televisions, telephones, screens and speakers were all plugged into the wall and were way too chunky to carry around with us, so they just stayed put and we came to them for entertainment instead.

And don’t forget — along with our kitchen appliances, they were more often powered by non-sustainable energy sources than they are today. We’re still very much tied to non-renewable energy, but thankfully in 2020 we are (mostly) much more aware of the damage it causes to our environment, and we’re making more of an effort to cut it down and — eventually — out.

Look around, you’re in one!

Browse some of the tech that’s very much available to many homes today. We live in incredible times.

The two decades since the new Millennium feel like they’ve flown by.

The explosion of information and endless connectivity provided to us by a ubiquitous internet has only increased the speed at which technology advances. And thanks to wireless connectivity developments like Wi-Fi and Bluetooth finally making their way into consumers’ homes (and their pockets), connectivity between devices — a feature simply labelled ‘smart’ — has also proved a huge step forward in the way we use tech at home. If your broadband feels more like the year 2000 and not 2020 compare our broadband deals.

Though still in their early stages, electric car charging points, smart climate control systems and electricity-first energy plans are now attainable in many homes across the UK, and of course we’re now as likely to have portable devices like laptops, tablets and smartphones lying about as we are a TV (which is now also smart).

Now for the main event. By researching emerging trends and evolving existing ideas, we have some predictions for the high-tech home of the future.

All this technology, while ambitious, is expected to be operational in 20 years time, and we can’t wait to see some of it in our homes. Take a look:

While we’re currently seeing the number of Alexa or Google Nest-powered devices increase by the shedload, our prediction is that by 2040, this phenomenon (dubbed the ‘Internet of Things’) will be centrally controlled by a ‘master’ virtual assistant that has control of every connected device in the home. Think HAL from 2001: A Space Odyssey, but much less ominous — this tech will relieve us of having to interact with each connected device individually and automate many of our boring household tasks like ordering groceries and hoovering.

Facilitated by our access to the right tech but enforced by the COVID-19 pandemic and ensuing lockdown, work-from-home culture is now expected to boom throughout the next two decades.

Tying this in with VR technology, which is bound to infiltrate more industries in the future — and unfathomably fast broadband speeds of 100Gbps and higher — we predict that in 2040, many people will have a ‘VR workstation’, where they can work from the comfort of their own home while interacting with their colleagues in a much more personal way than video calls.

Finally, allow us to go full Jetsons (or Bladerunner, depending on how you feel about it) as we predict flying cars too. The staple of a futuristic society, flying cars have often been joked about as an unattainable mode of transport, but right now in 2020 we’re actually seeing genuinely promising prototypes developed by the likes of Uber and Airbus. So while they’ll be rare and very expensive, we’re sure to see some driveways (or ‘auto-pads’) holding flying cars in 2040.

Uswitch is celebrating 20 years as a switching service by exploring how technology, and the public’s perception of it, has changed since the site was founded in the year 2000.

A survey conducted by Uswitch as part of this campaign revealed that in order to improve communication, a quarter of people (around 12 million) are willing to have some form of tech surgically implanted into their body in the next 20 years. It also found that consumers are spending more money on technology than ever before, with the price of home gadgets increasing by 150% since 2000.

“Household gadgets have come a long way since the year 2000, when mobile phones were a novelty and we were only just discovering the joys of the internet.

“It was a simpler time of Tamagotchis, Walkmans and Ceefax. Now we can browse the web from the smartphones in our pocket and watch television or films on the go.

“Today, many devices we have around the house are connected directly to the internet, with households boasting smart speakers, smart fridges, and even smart toothbrushes. And this is a trend that will continue with the advent of truly smart homes and the growth of the Internet of Things.

“We’ve really enjoyed being part of people’s lives for the last 20 years - but it’s even more  exciting to think what the next 20 years will bring, I wouldn’t be surprised to see devices linking our brains to machines to create an augmented reality, allowing us to access the internet or communicate with others using only our mind.”

Thinking of switching your broadband, energy or mobile provider? See how you could save almost £1000 a year with Uswitch.com. Don't want to wait until 2040 for faster broadband in your home? Compare our fibre broadband deals.