Fronting is falsely putting somebody who is cheaper to insure as the main driver on a policy when the real main driver would be more expensive to insure.

Car insurance fronting is a worrying and illegal trend that has emerged in an effort to reduce car insurance costs for young drivers. Fronting has serious repercussions for the policyholder and the named drivers.

The cost of learning to drive

Many struggle with these high costs:

What is car insurance fronting?

Many young drivers try to keep the cost down by buying a cheap second-hand car, but it’s an unfortunate fact that the first year’s car insurance may cost more than the car itself.

Just as some parents want to help to get their teenagers on the road by buying their first car or paying for lessons, some may wish to help out with the insurance.

Unfortunately, some choose to do this by ‘fronting’ their child’s car insurance policy.  This most commonly occurs when a parent takes out a car insurance policy and declares themselves as the main driver, adding the young driver as a named driver despite the fact that the child will be driving the car more than the parent.

It doesn’t matter whether the parent or the child is paying for the insurance – the applicant (in this case the parent) has committed fraud by lying on the application.

Fronting is defined as providing false information to try to get a cheaper premium on behalf of an at-risk driver.

Why you may be committing car insurance fraud without realising

Fronting is one of the biggest problems facing the insurance industry, because many people commit this type of fraud without realising.

While car insurance fronting is most common among parents and their children, it can also occur when any car insurance application is taken out in one driver’s name on behalf of another in order to cut the cost.

Who is the main driver?

To avoid accusations of fronting, it’s important to identify the main driver correctly in your car insurance application.

The main driver is: 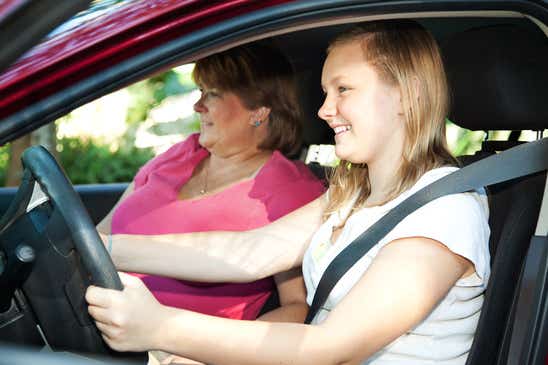 The dangers of car insurance fronting

Many people are tempted to cut the cost of insurance by exploiting what they see as a loophole in the car insurance system. The fact is, fronting is not a loophole, it’s insurance fraud.

Most insurers have methods in place to detect fronting, and as it’s a criminal offence, the penalties can be severe.

What happens if I’m caught fronting?

Firstly, your policy will be cancelled by your insurer if you’re caught fronting. If this happens you will find it much more difficult to get affordable car insurance in the future.

If you make a claim it will be rejected

If fronting is detected when you’re making a claim, your claim will be rejected and you will have to pay any costs yourself.

You may end up in court

Fronting cases often go to court, resulting in a fine of up to £5,000 along with six penalty points — enough for an instant driving ban for those who have held their licence for less than two years.

Fronting and why ignorance is no defence

Some people willingly break the law by fronting a car insurance policy for their child, while others using price comparison websites simply notice that their quotes are significantly lower by submitting a parent’s name as the main driver.

The key thing to remember about car insurance fronting is that ignorance is not a defence — you will still be punished whether or not you knew you were committing a crime.

The long-term implications of fronting

Aside from the legal ramifications, there are other downsides to fronting a car insurance policy.

The good news is that there are ways to cut the cost of young drivers’ car insurance without resorting to fronting.

Parents or more experienced drivers can still add themselves to a young driver’s car insurance policy as a named driver, providing they will make occasional use of the car. This is likely to reduce the cost of the young driver’s insurance while allowing them to build their own no claims discount.

Save on kind of car you drive

The type of car you drive will often have an impact on the amount you pay for insurance – but with provisional driver’s insurance most policies will cover you for any car up to a certain value or insurance group (usually a value of £20,000 or around insurance group 30).

This is great if you want to learn in your parents’ car and then you can choose a cheaper car to insure once you’ve passed your test.

When buying a first car, the type of car you choose will have a big impact on how much you’ll pay for car insurance.

By shopping around it's possible to get driver cover for the equivalent of a couple of pounds per day. The driver insurance is one that offers good value and sufficient cover for your needs, without too large an excess.

This will result in a cheaper monthly premium. Before you take out car insurance make sure you can afford any voluntary excess. This excess is in addition to the compulsory excess set by your insurance provider. This is what you would have to pay if you ever have to claim. Pay upfront

Limiting your miles makes you less of an insurance risk. Simply because you are reducing your risk of having an accident. When you take out your car insurance policy the insurer always asks for an estimate of your maximum annual mileage. You need to try and you’re your mileage low, although you need to be realistic as to how much you will drive. Extra security

Black box, or telematics, insurance can help reduce your car insurance over a period of time.

A small device, a black box, is installed in your car: