With two thirds of Brits holidaying in the EU on a regular basis, and well over half driving, Uswitch conducted a survey to ask just how confident they felt about understanding various EU road signs.
Share this guide 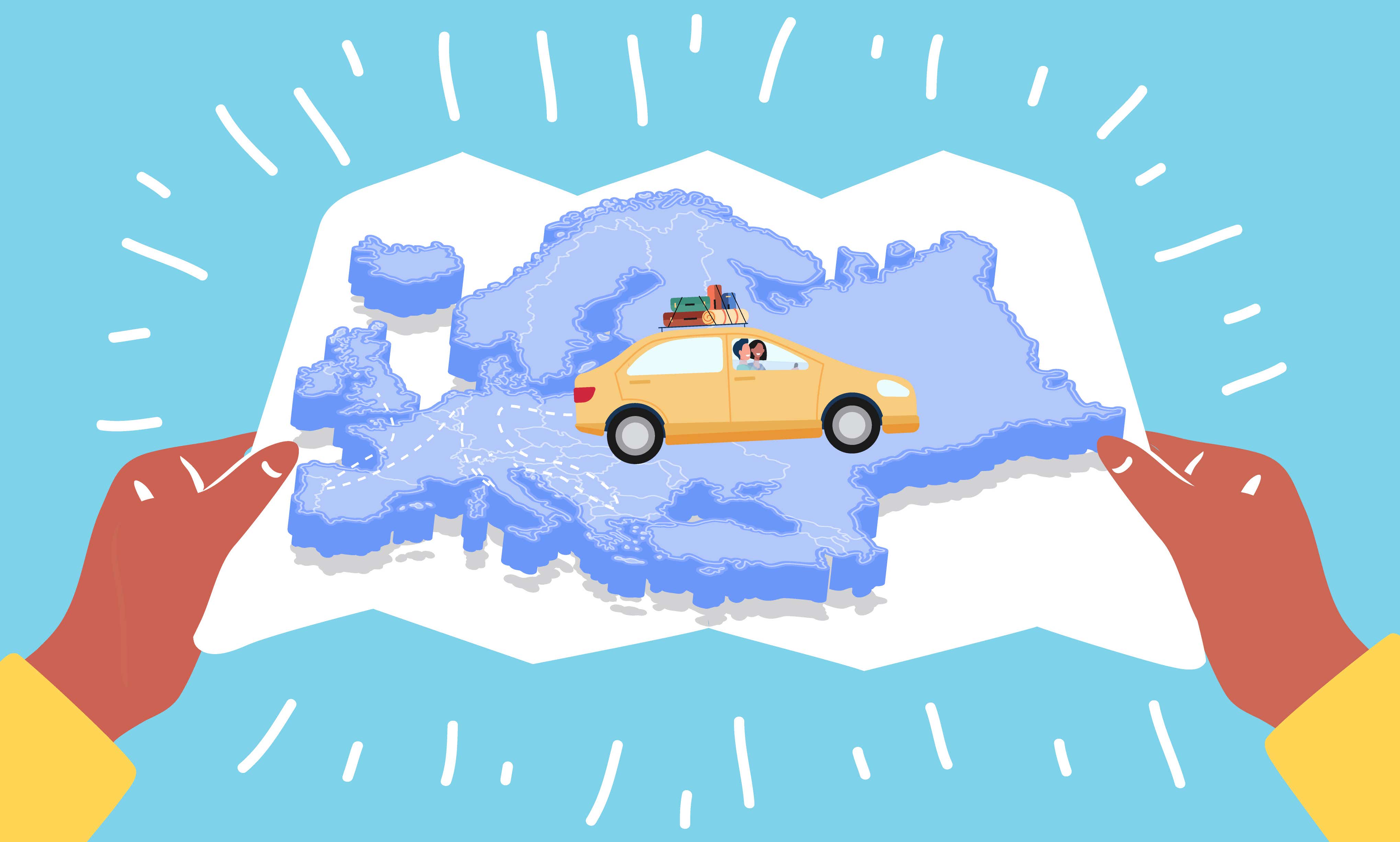 Despite 96% of people saying they feel confident in their road sign knowledge, only 1 in 4 participants identified the correct meaning behind the road signs given to them in the survey. The survey further highlighted that it is women who drive in the EU more frequently than men, with 55% answering that they did, compared to 46% of men. 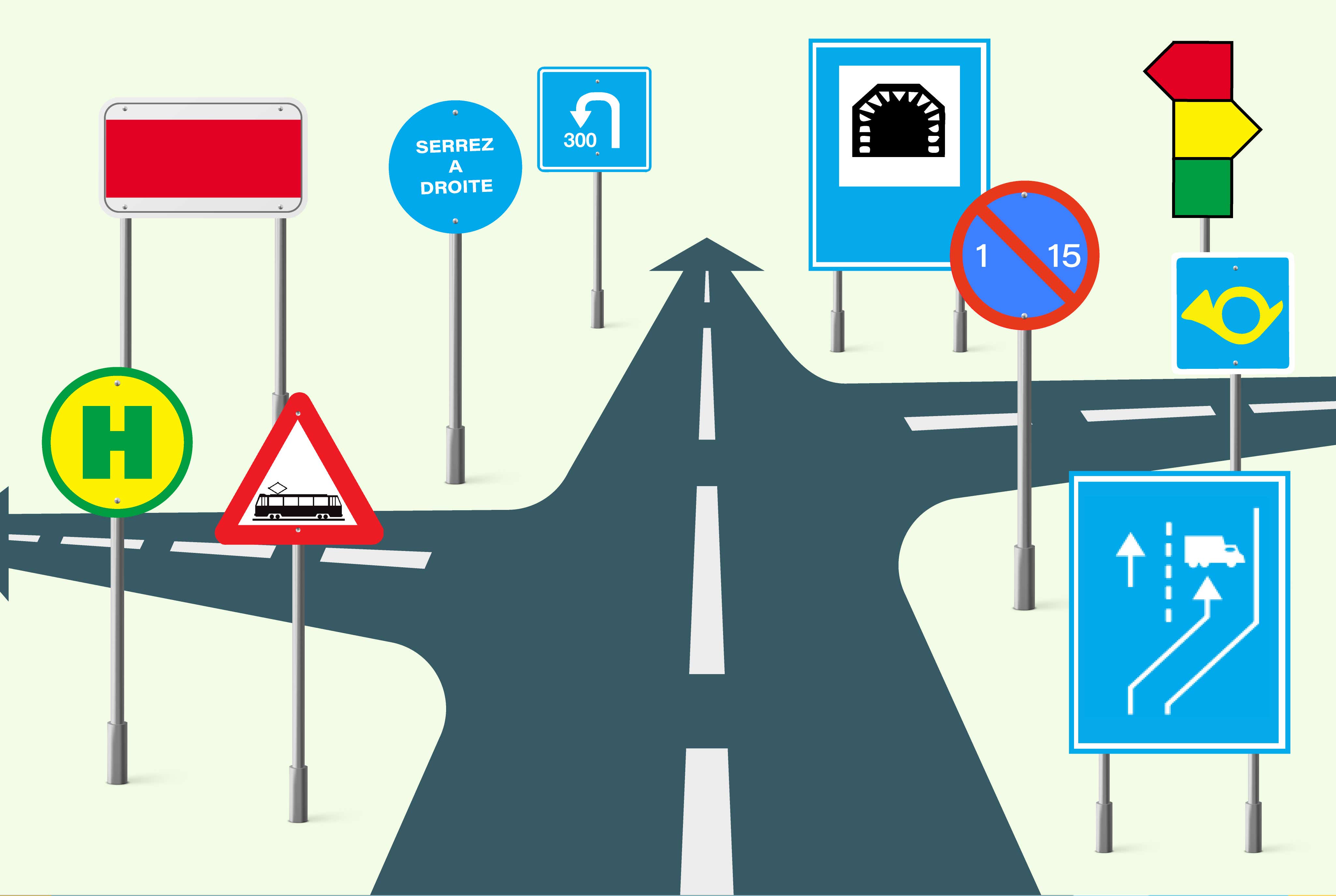 Despite 95% of people saying they were somewhat confident - confident in their knowledge of EU road signs, our survey highlighted that 3 in 4 Brits who drive abroad need to brush up on their traffic sign knowledge. Below we highlighted the top 5 signs that were the most misunderstood.

56% of people thought the Belgian sign for ‘No parking between the 1st and the 15th of the month means between 1.00 and 15.00hrs of the day, risking getting caught out from parking in the wrong zones.

Only a quarter of drivers knew the Swiss road sign for ‘tunnel coming up, lights compulsory’, with the majority thinking it was optional and 29% thinking it was just a warning for a low bearing tunnel.

UK drivers not used to European cities with tramlines and crossings

Almost half of Brits thought the Dutch sign for ‘danger trams crossing’ meant ‘no cars permitted’ (32%) or ‘no left or right turning’ (15%).

“Before driving abroad, make sure you look up the common local road signs and their meanings. You could also print them out to take with you for reference.

Correctly understanding road signs means you can avoid unnecessary confusion, fines and long journeys. More importantly, you can also make sure that you, your passengers and other road users are as safe as possible.”

To test your knowledge on EU road signs, try our quiz below:

Uswitch’s survey highlighted that almost 3 in 4 men feel confident in their knowledge and understanding of common UK road signs, compared to 2 in 4 women. Despite this, women scored higher than men when it came to questions about cyclist priority and speed limits.

When asking the meaning of the UK road sign which showed that cars had ‘priority over drivers from the right’, only 36% of people managed to answer the question correctly. 20% of people thought the opposite, and 19% thought it meant ‘approaching a junction with a dual carriageway’.

Driving etiquette and road crossing knowledge is one of the most important things when it comes to driving. With zebra crossings being a universal way to let pedestrians cross, a staggering 27% of people thought this meant there were pedestrians walking alongside the road, and 31% thought they would be met with traffic lights before they needed to stop.

Only a quarter (26%) of people knew what an emergency diversion route sign meant, with 46% of people stating they had no clue, and 11% of people worryingly thinking it meant the sign for services.

1 in 5 cyclists at risk due to driver ignorance

We asked drivers what they thought the ‘cycle route ahead’ (displayed along the road) sign meant, of which 48% answered correctly, but 20% of people thought it meant ‘no cyclists allowed’. According to GOV UK, around 16,884 pedal cyclists accidents happen in the UK per year, and with more bikes on the road this lack of knowledge could have serious implications.

“Everyone can benefit from brushing up on their driving knowledge, both in and out of the car. As driving test regulations have changed since 1973, those aged 48+ could see a significant benefit in some catch-up work.

We would advise looking through the GOV UK highway code every once in a while to make sure you still know what you would have learned for your driving test. Road signs can vary across the country, so it is also important to check that your driving knowledge covers the whole of the UK.”

If you're looking to share your drive with follow holiday-goers make sure they are covered by your multicar insurance policy, or opt for a hourly car insurance option to make sure you stay covered on your holiday.

Those asked questions about EU road signs answered ‘yes’ to whether they drive in the EU regularly (before COVID-19).

History of the highway code