This is a confusing time for energy customers, with prices soaring and suppliers worried about staying in business. We've answered some of your questions here.
Share this guide 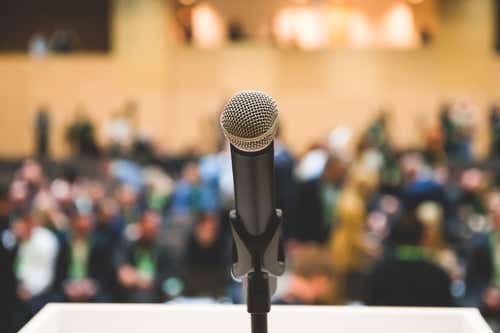 What does the energy price freeze mean for me?

"The new price cap level of £3,549 was announced by Ofgem in August. However, with evidence of the financial pressure this would have put UK households under growing, the government announced that it would reduce the cap to £2,500 and freeze the level for six months from 1 October."

"For average use customers on dual fuel standard variable tariffs, this means that the rate they pay for each unit of energy they use will still be capped, but at a much higher level than ever before."

Is the government doing anything about it?

"In the wake of the announcement, the government unveiled a package of relief measures designed to help alleviate financial pressures on households (not necessarily solely caused by energy bills but by a general increase in the cost of living).

"These measures included a discount of £400 on energy bills for every UK household, various means-tested one-off payments for vulnerable households, and a rebate of £150 on Council Tax for those in bands A-D in England. The government also further committed to widening the net of eligibility for the Warm Home Discount, which will increase from £140 to £150 from this year."

I'm worried about rising energy prices - should I switch my deal now?

"Even though there are deals available directly through suppliers, we would urge you to consider all your options and not feel forced into making a switch that could be harmful in the long term. Most fixed tariffs are now significantly more expensive than the capped standard variable tariff, so you may want to wait until more deals become available. While some smaller suppliers may have deals that look attractive, they could be more vulnerable to going bust at the moment.

"You may need to weigh up whether to go with a standard variable deal that's capped so you pay less than most fixed deals, or to keep your eyes peeled for a new fixed plan that costs more than the current price cap but might allow you to save later if prices continue to rise.

"Uswitch can let you know when more deals come onto the market, along with tips and insight, when you sign up with your email address below."

There aren’t any deals available through Uswitch but I’ve seen deals offered in whole-of-market results - why isn’t Uswitch offering deals?

"Although some suppliers are still offering deals which can be seen on our whole-of-market results table, they're not available via our own switching service. If you want to switch to one of those deals, you'll have to go directly through the supplier. In the meantime, we’re working hard to get more suitable deals available soon - you can sign up above to be notified when we have more deals on offer."

Why is there a shortage of gas?

“There are a lot of factors that have caused this shortage. As the world has emerged from the pandemic, global demand for energy has soared and sent wholesale gas prices rising.

“Last year’s long cold winter depleted gas stores, but they weren’t replenished as usual this summer as prices rose. In addition, it’s been a calm, still few months, meaning that a lack of wind power has resulted in a higher demand for gas.”

Why does this mean my bills will increase?

“As demand for gas increases, the wholesale price your supplier pays for energy rises. A lot of electricity is also generated by gas-powered plants, meaning there has been a similar knock-on effect on electricity supplies.

“If you’re on a fixed deal, you’re protected from the rises in the market at least until your current deal runs out. If you're on a standard variable tariff, it's likely that prices will rise in line with the price cap.”

Can I still switch supplier?

“While you might find it’s better to wait for a while, there are still some providers offering fixed deals so you can still switch should you wish to do so."

I'm concerned my supplier will go bust - can I switch or should I wait?

“Customers can still switch as usual if their deal is coming to an end, but there is no need to be concerned about your energy supply. Even if your supplier goes bust, customers should be reassured that their energy supply will continue as normal and any credit balances they built up with those suppliers will be protected.”

What will happen if my energy supplier goes bust?

"If your energy supplier goes bust, Ofgem will begin the Supplier of Last Resort process to confirm a supplier which will take on the energy supply of the failed supplier's customers. This means you will be moved onto a supplier that Ofgem chooses (based on several criteria). As mentioned above, you won't lose your energy supply at any time, and your credit balance will be protected. The exception is Bulb, which went bust but had too many customers for them all to be moved to one supplier - it is operating more or less as normal, albeit in special administration while a more permanent solution is found.

"However, if you were on a fixed deal, be aware that you'll be moved onto your new supplier's standard variable tariff. You should therefore assess your options in the same way that we've already mentioned."

I've heard about suppliers potentially entering "special administration" - what does this mean?

"Ofgem's special administration measure (officially called Energy Supply Company Administration) is designed to ensure that customers of a large energy supplier are supported in the event of the supplier becoming insolvent. This is what happened to Bulb, as mentioned above. It's similar to the Supplier of Last Resort measure, which is designed for smaller suppliers going out of business. However, because there are likely to be more customers with a large supplier, they won't be moved to a different supplier until either a buyer or new investment is found, or a solution that allows customers to move to other suppliers over a longer period of time is agreed. As with the SoLR process, customers won't lose energy supply at any time."

What will happen if I'm mid-switch between two suppliers and they both go bust?

When is this situation likely to be resolved?

“It’s difficult to say. The government is taking the situation seriously and is working with suppliers and Ofgem to work out the best ways to support consumers, along with businesses and energy providers.”

I'm worried about being in debt to my supplier - what should I do?

“If you’re struggling to pay your bills, get in touch with your supplier as soon as possible. Many energy suppliers offer tailored help to customers who may be struggling with their bills, from debt repayment plans to energy efficiency schemes.

“You should also see if you are eligible for any government schemes, such as the Warm Home Discount and Winter Fuel Payment.

Is there any help for households?

“There is also extra help available for vulnerable consumers through schemes like the Winter Fuel Payment, Cold Weather Payment, and Warm Home Discount.”

How much could bills rise by?

"SVT tariffs will stay set to the level of the cap. It’s possible that this will increase again in six months’ time but that depends on what happens with wholesale prices."

Is the energy price cap in danger of rising before next year?

"It doesn't sound like it - with the price cap frozen at £2,500 for six months, it shouldn't change before then. However, it will rise to £3,000 from April 2023 and, as always, the more energy you use, the more you'll pay - this is a cap on unit rates and standing charges, not a cap on bills."

Is my credit at risk?

"No - even if your supplier goes bust, customers should be reassured that their energy supply will continue as normal and any credit balances they built up with those suppliers will be protected."

What should I do if I'm on a prepayment meter?

"Prepayment customers are already protected by the prepayment price cap, which also rose to and was frozen at £2,500 on 1 October. There is no need to top up a lot right now, especially if that puts you into financial difficulty.

"If you are on a prepayment meter and your supplier goes bust, don't worry, you will still be able to top up and your credit will be protected. The new supplier would be in touch to let you know of any changes in payment arrangements."

What else can I do to lower my bills?

"Pay less - as mentioned at the top of the page, you need to really think about the deal you're currently on and the potential costs of deals available on the market at the moment. Paying less may not be possible right now, but as deals come back onto the market, the situation may change.

Waste less - be as energy-efficient as possible by tracking your energy usage with a smart meter, beefing up your insulation and switching off plugs that aren't being used.

Use less - take a look at our energy saving tips, which cover everything from efficient lightbulbs to thermostats and colder washes."

Are business energy customers affected by the current situation?

"The business energy market is similarly affected by high prices in the energy market, but business customers looking to switch their energy can still run a comparison or talk to their supplier to see if they can negotiate a better contract than the one they're currently on."