The retail energy market - delivering a better deal for consumers?

The fifth wave of the Retail Energy Market Tracker shows an improvement in consumers' experiences with the energy market. The reduction in the level of the SVT price cap from 1 October appears to have had a minimal effect on year-on-year switching volumes, and 2019 remains on course to be a record year for energy switching.

Most cost metrics fell during this quarter, aside from the price of the very cheapest tariff. Over the course of 2019, Uswitch has observed record switching levels driven by the increase to the level of the price cap in April, followed by strong competition for customers throughout the autumn, which have pushed annual switching totals towards a record total. The increases in 'high action' and significant improvement in consumer attitudes recorded in this wave of data suggest that people who have taken action on their energy bills feel more positive about the market in general.

As highlighted in the previous wave of Uswitch research, new approaches to engaging consumers are required to remove the pre-price cap status quo of price dictating consumer attitudes towards the market. This trend continues to be observed in the fifth wave of data, where greater interaction with the market appears to correlate with increased consumer satisfaction and experiences.

The retail energy market at a glance 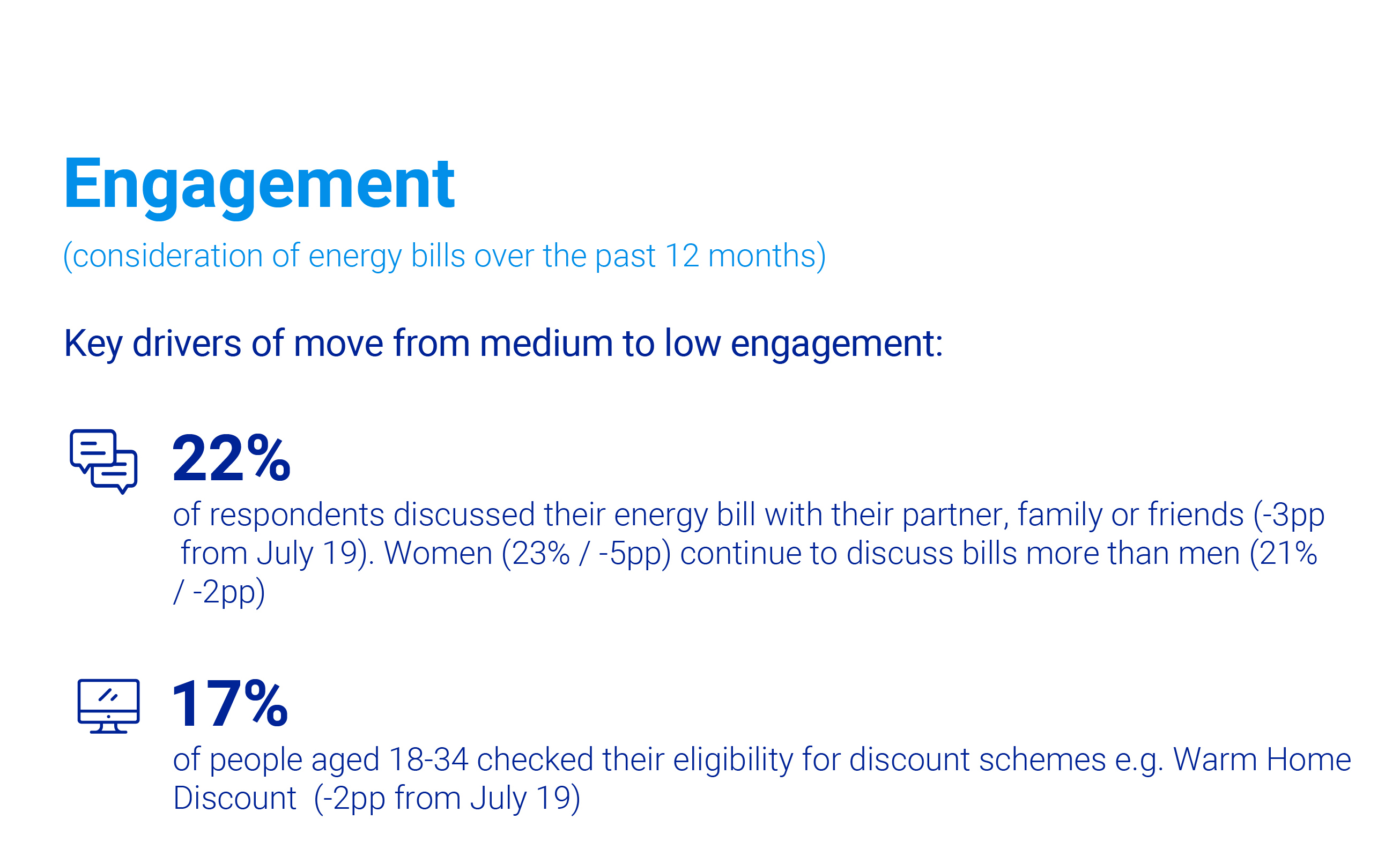 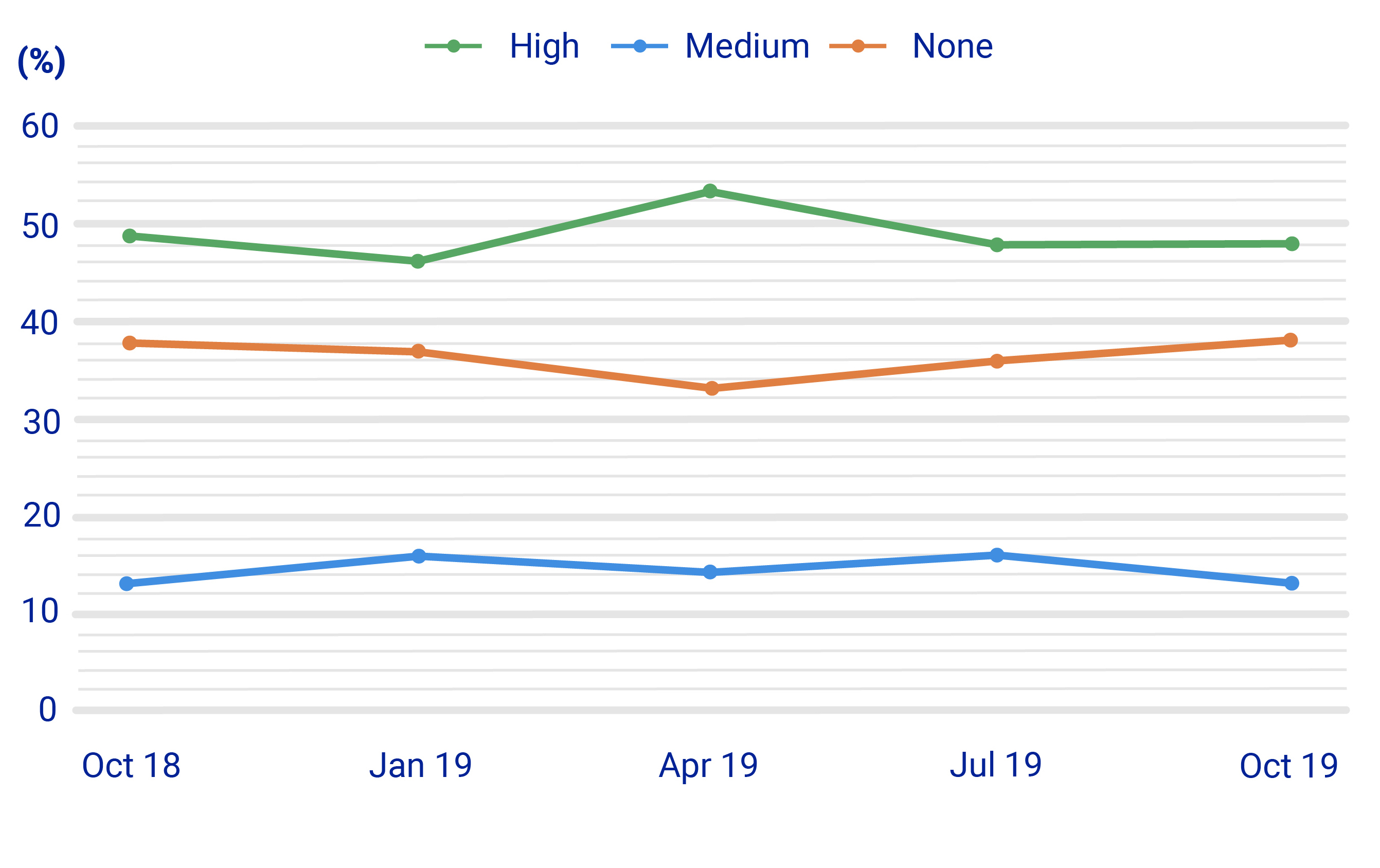 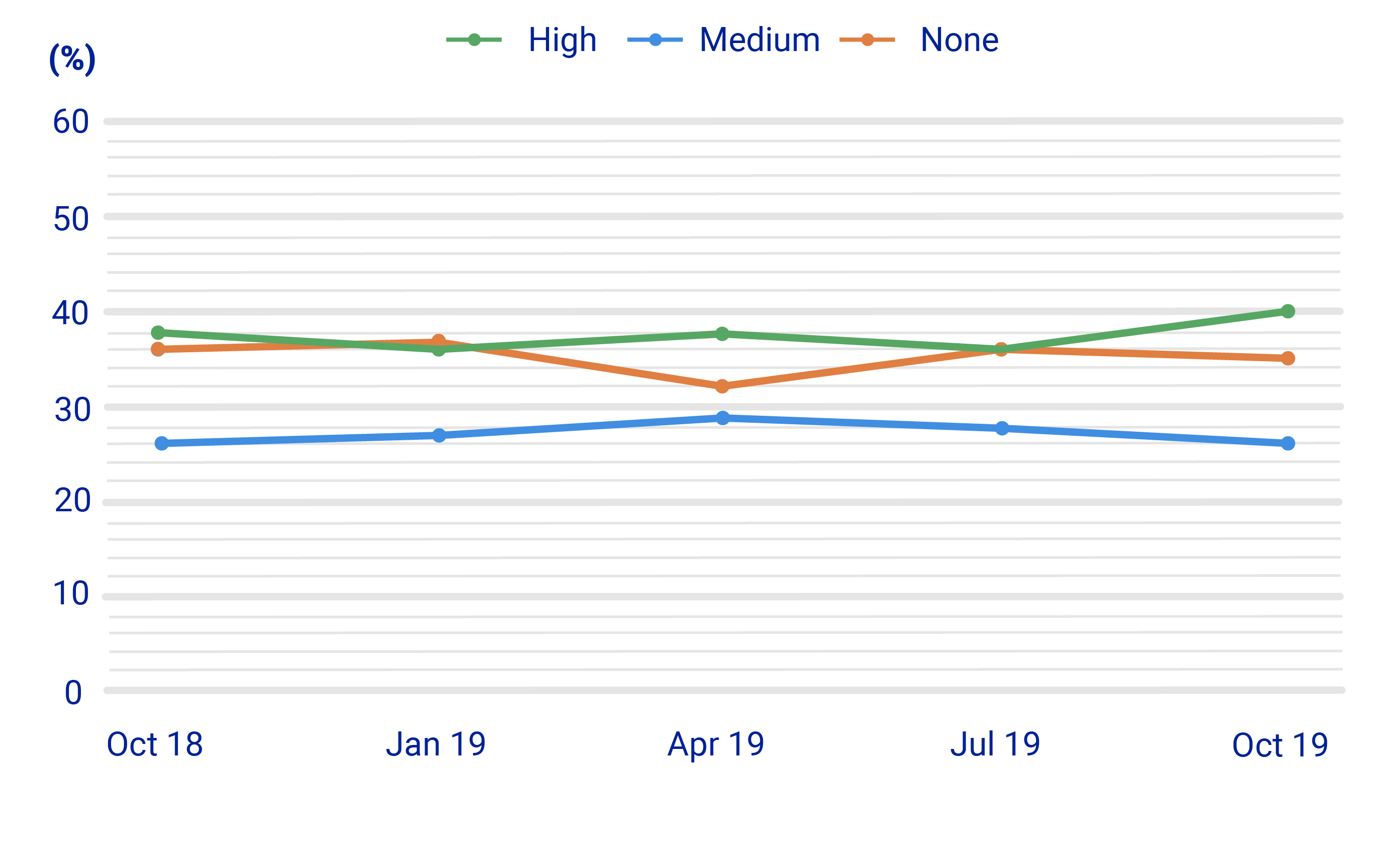 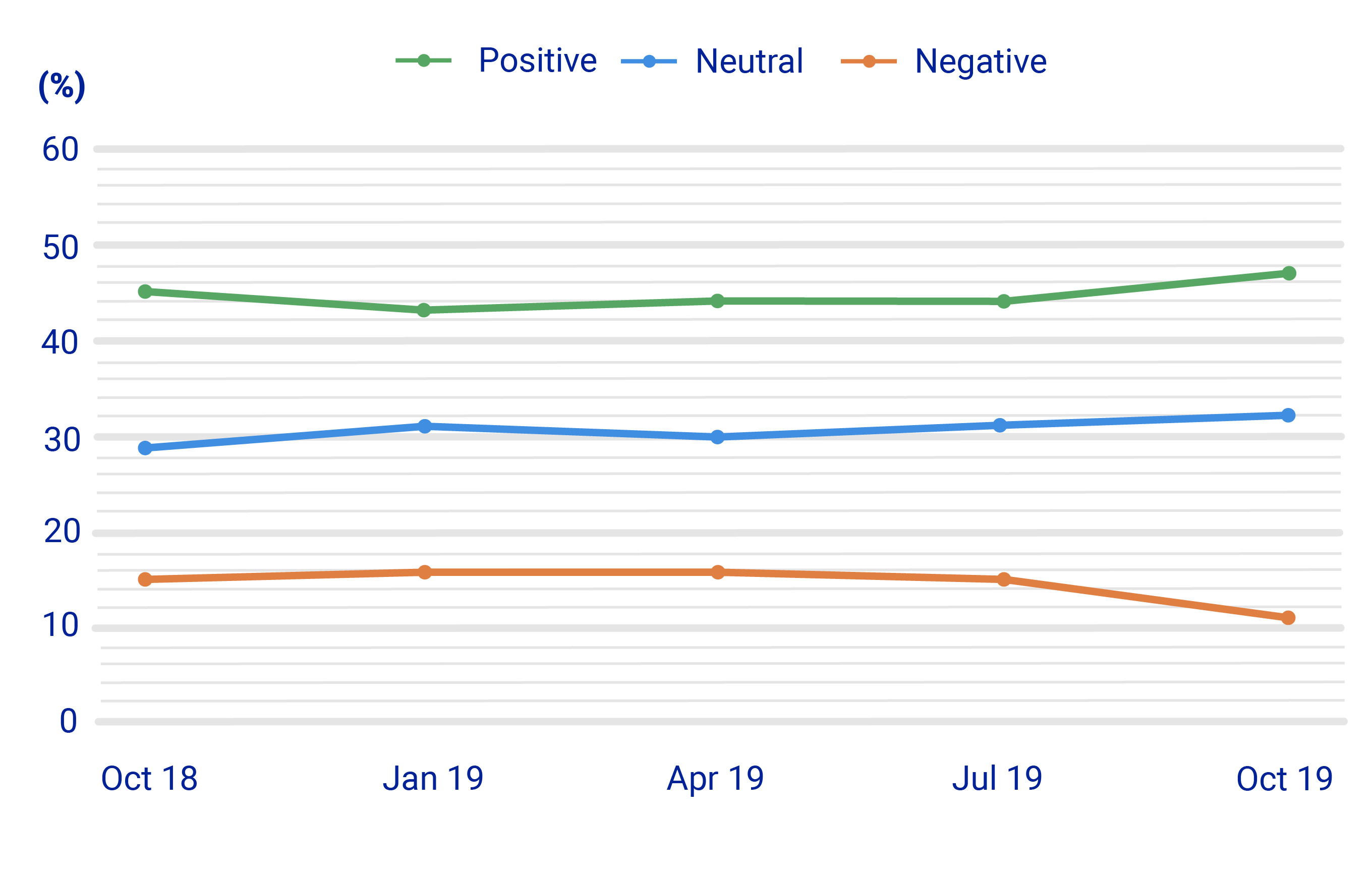 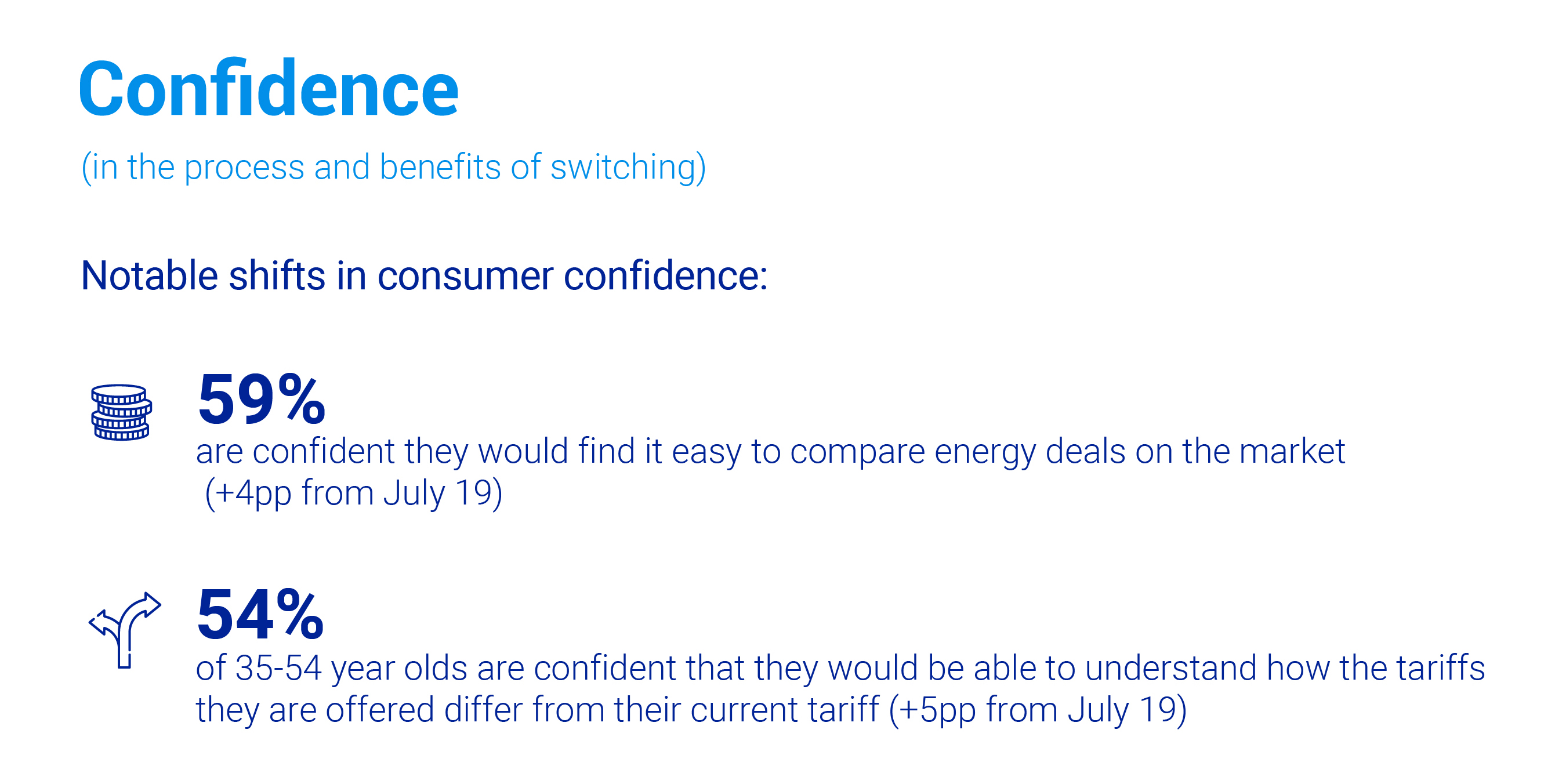 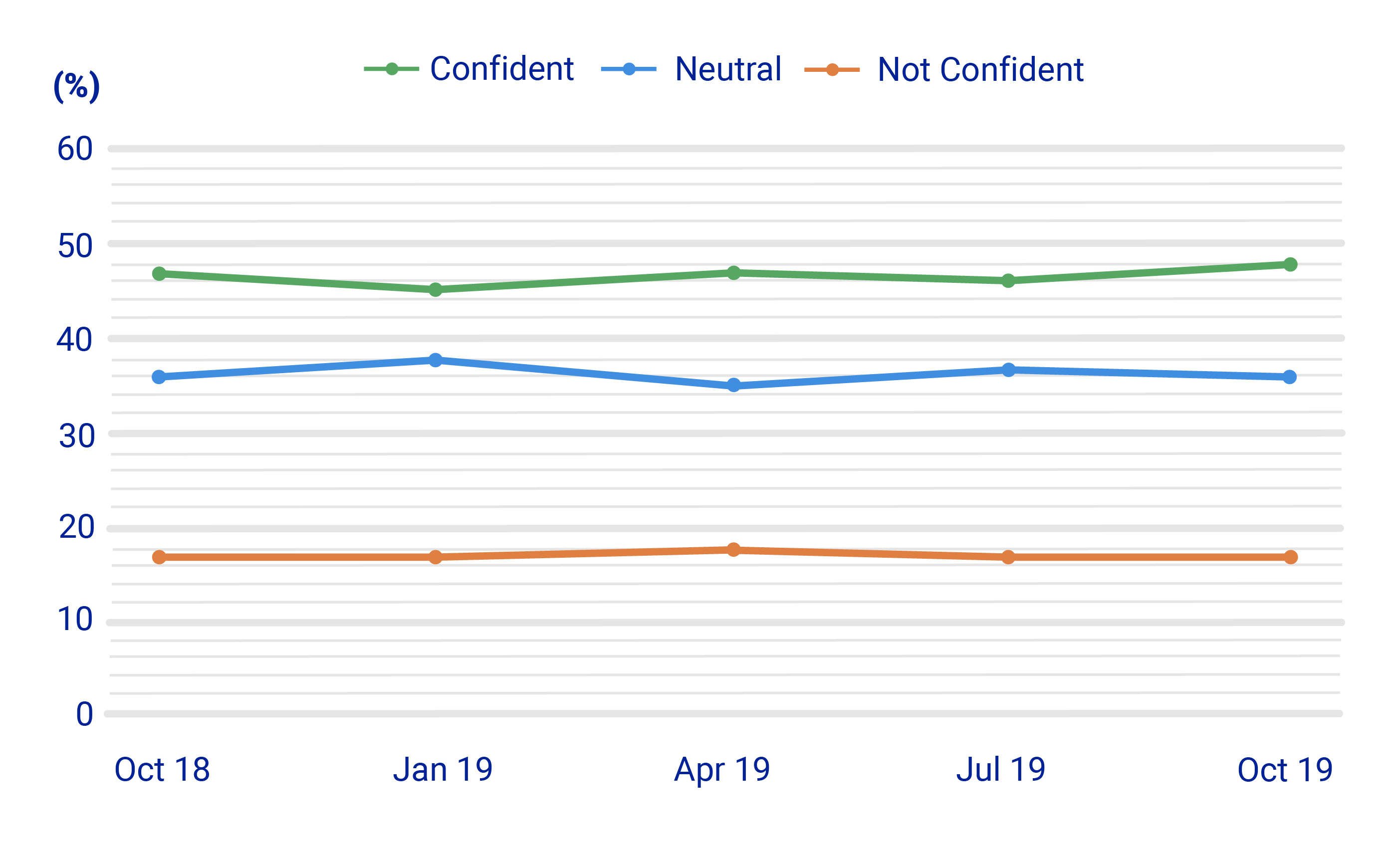 **Research on 5,001 energy bill payers conducted by Opinium between 18-29 October 2019, weighted to be nationally representative