Top 20 Instagrammable greenhouses around the world 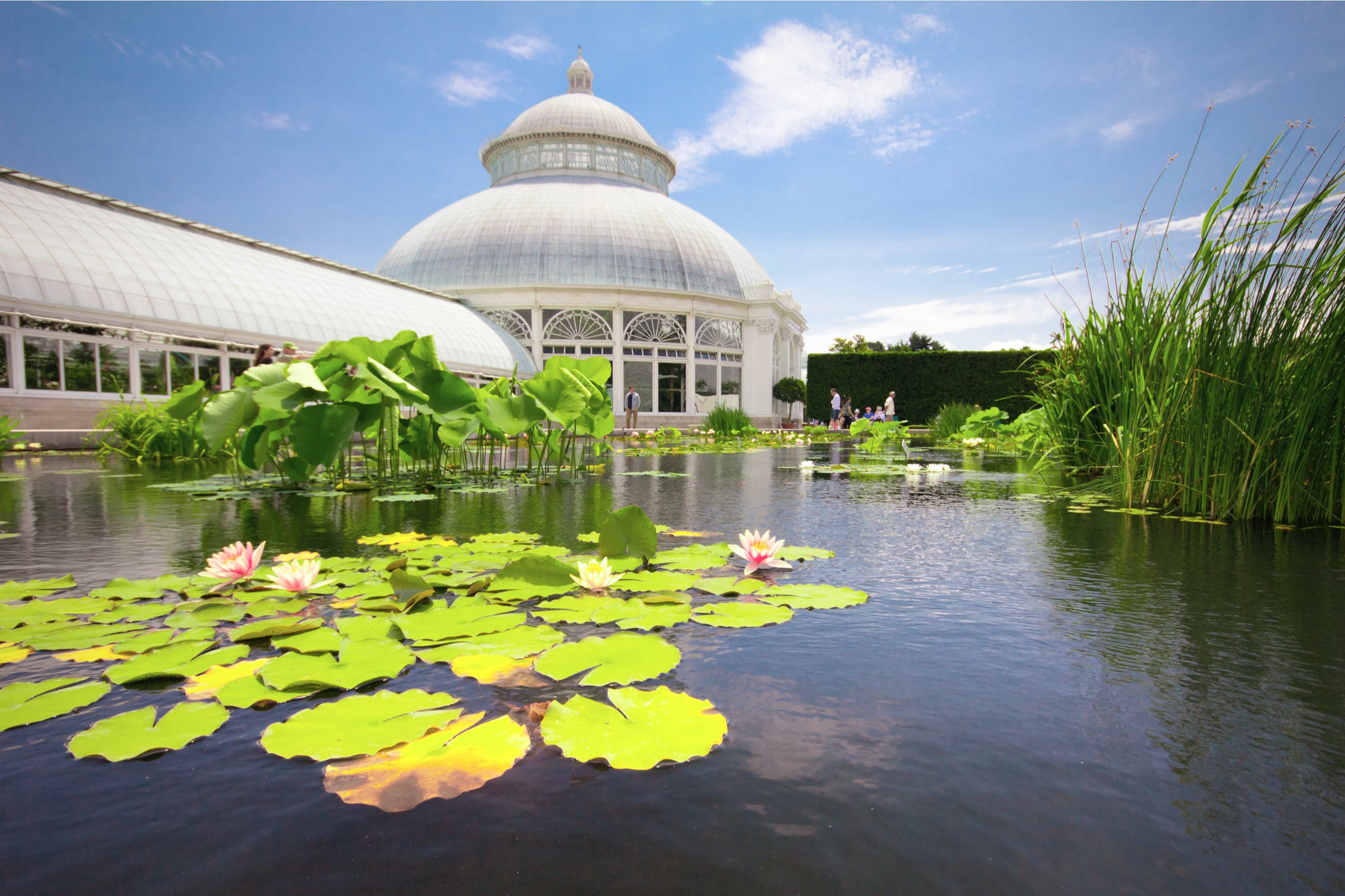 After months of little to no opportunities for a photo op, now’s the time to fill your feed with your best outdoor snaps. So as attractions open and the temperature rises, we’ve looked at the most Instagrammable greenhouses around the globe. The space-like structure consists of different biomes and hosts the largest indoor rainforest in the world. Opening to the public in 2000 it went on to be featured in the James Bond film, Die Another Day and has hosted a series of musical performances since. 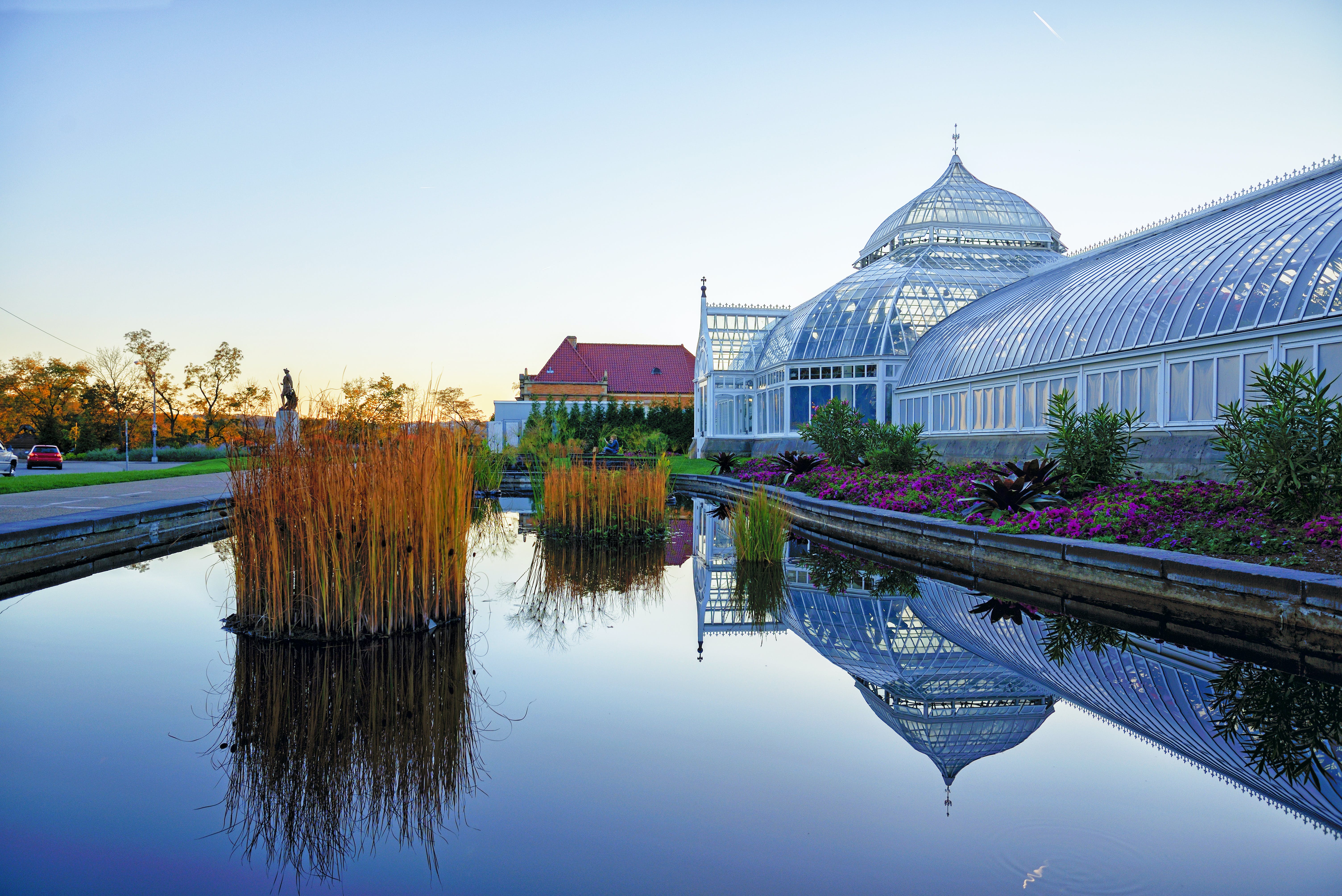 The Phipps Conservatory was founded in 1893 and is on the National Register of Historic Places. It’s considered an interesting example of Vicotrian greenhouse architecture. As one of the “greenest” facilities in the world it produces all of its own energy making it entirely self-sufficient. 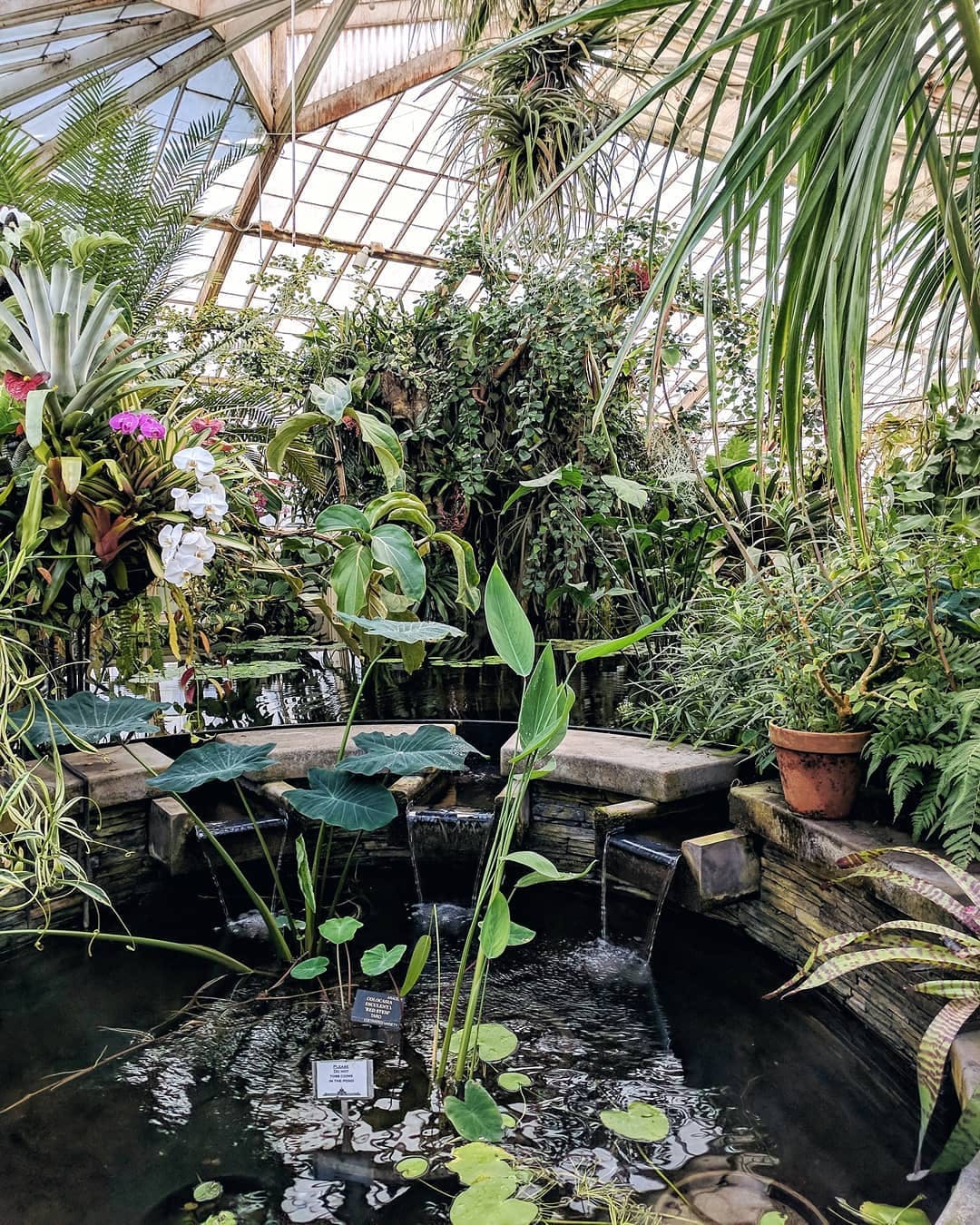 Completed in 1879, it’s one of the first municipal conservatories constructed in the United States and is the oldest remaining municipal wooden conservatory in the country. It still stands tall having survived a fire, an earthquake, and neglect during the depression era. 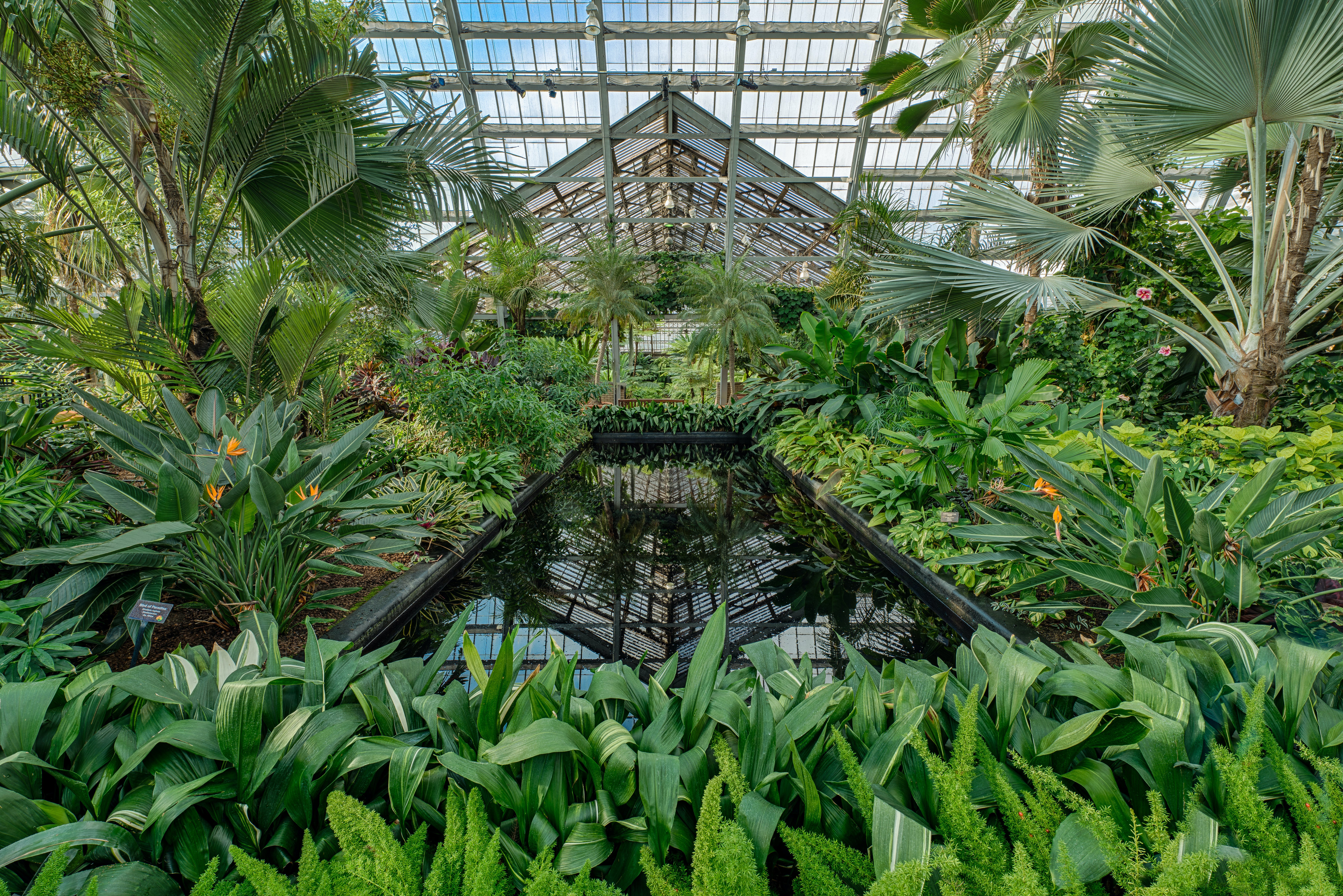 Constructed between 1906 and 1907, it’s often referred to as “landscape under the glass” it is one of the largest greenhouse conservatories in the US. However, in 2011 it suffered catastrophic damage after a night of heavy hail, but was rapidly repaired and opened fully again within a year. 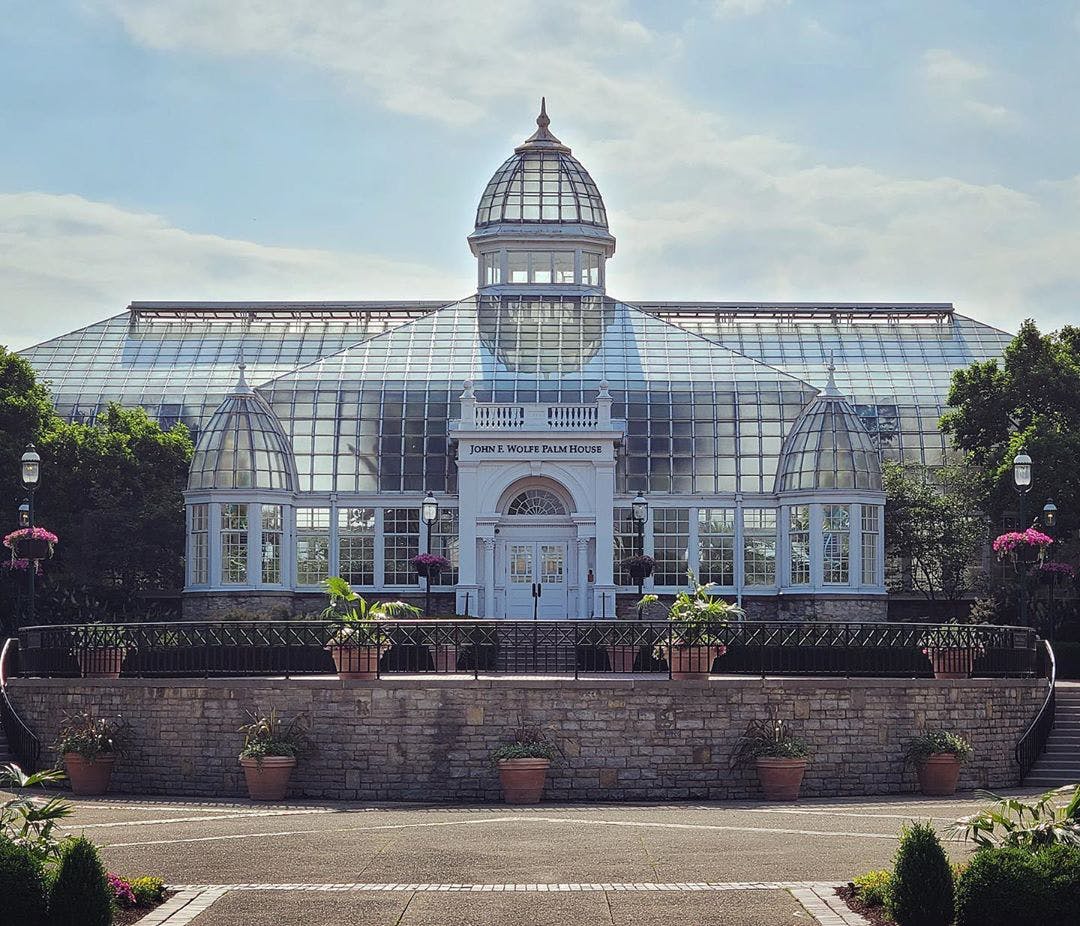 Built in 1895 and added to the National Register of Historic Places in 1974, it is a horticultural and educational institution. Interestingly, for a short period, animals were kept in the conservatory in the 1920’s, but as of late it has taken to displaying artwork and sculptures. 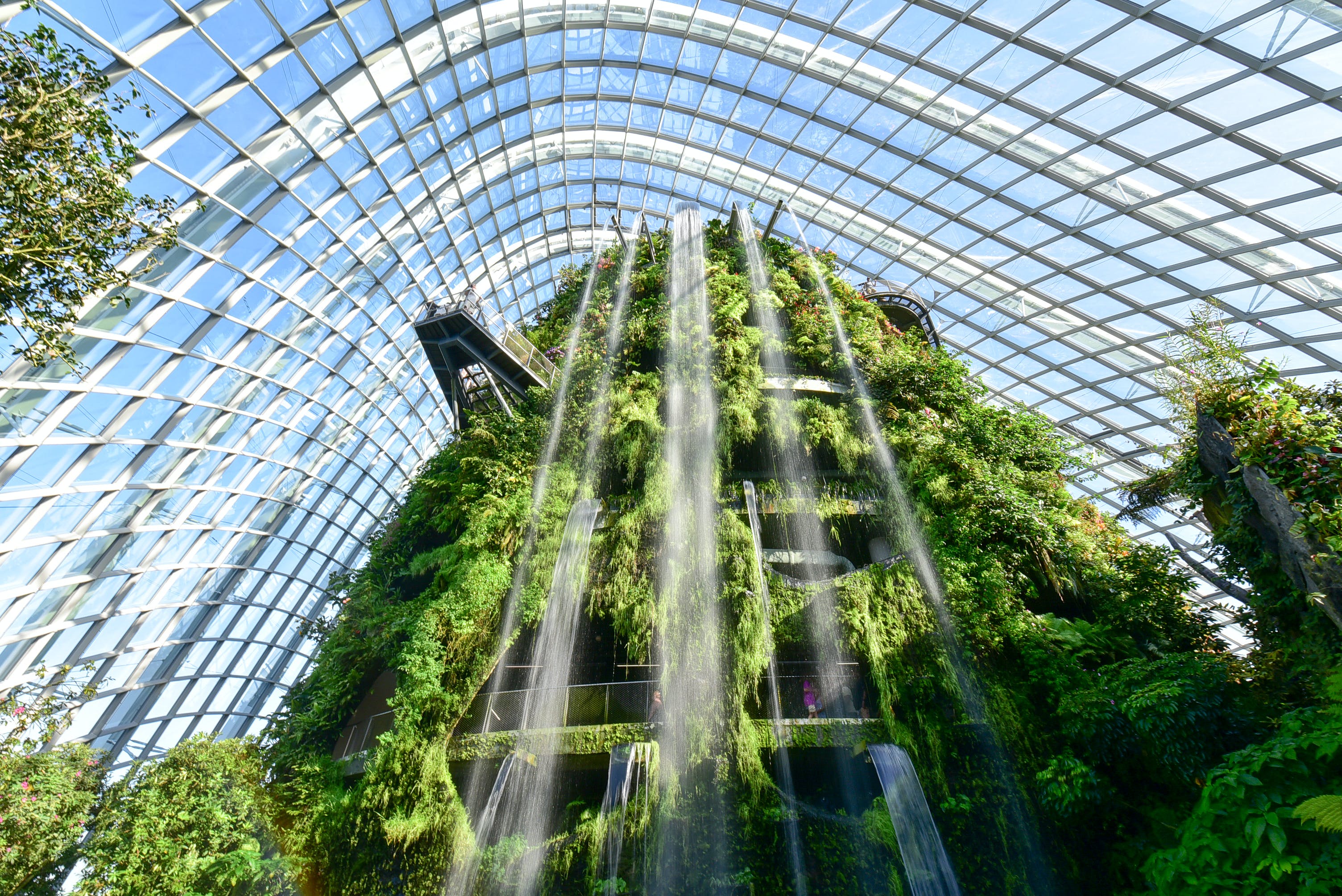 The Flower Dome is the largest greenhouse in the world entering the Guinness Book of Records in 2015. Part of the Gardens by the Bay nature park in Singapore it replicates a cool-dry mediterranean climate. For being a relatively new construct, it’s made its mark as an iconic tourist attraction. 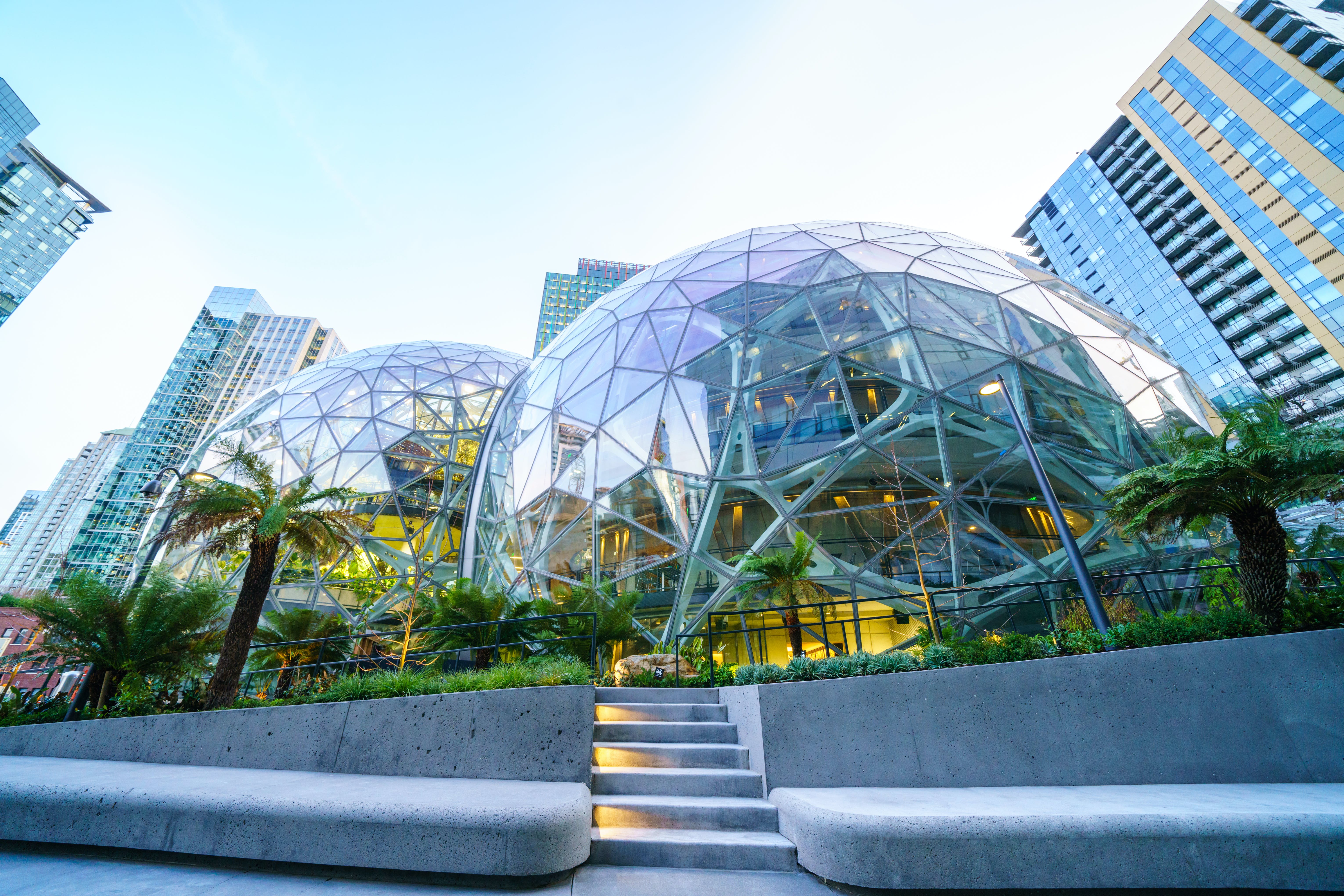 These three spherical conservatories form part of the Amazon headquarters in Seattle, Washington. As well as housing 40,000 plants, they also serve as an employee lounge and workspace. Public access is limited. 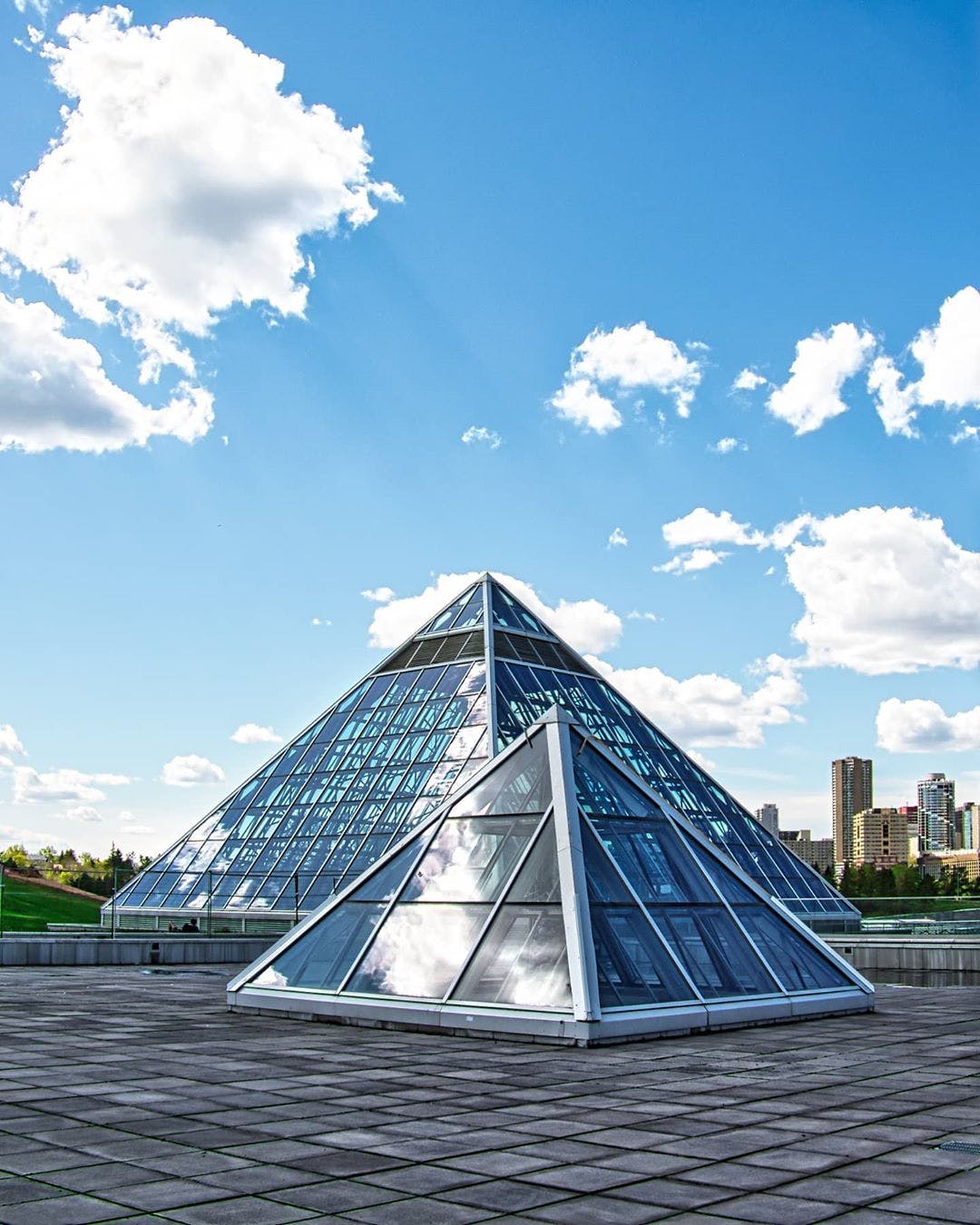 Established in 1976, it consists of four glass pyramids each hosting different climates. It’s currently closed for rehabilitation work until 2021 but it's one of the best-known landmarks of Edmonton. 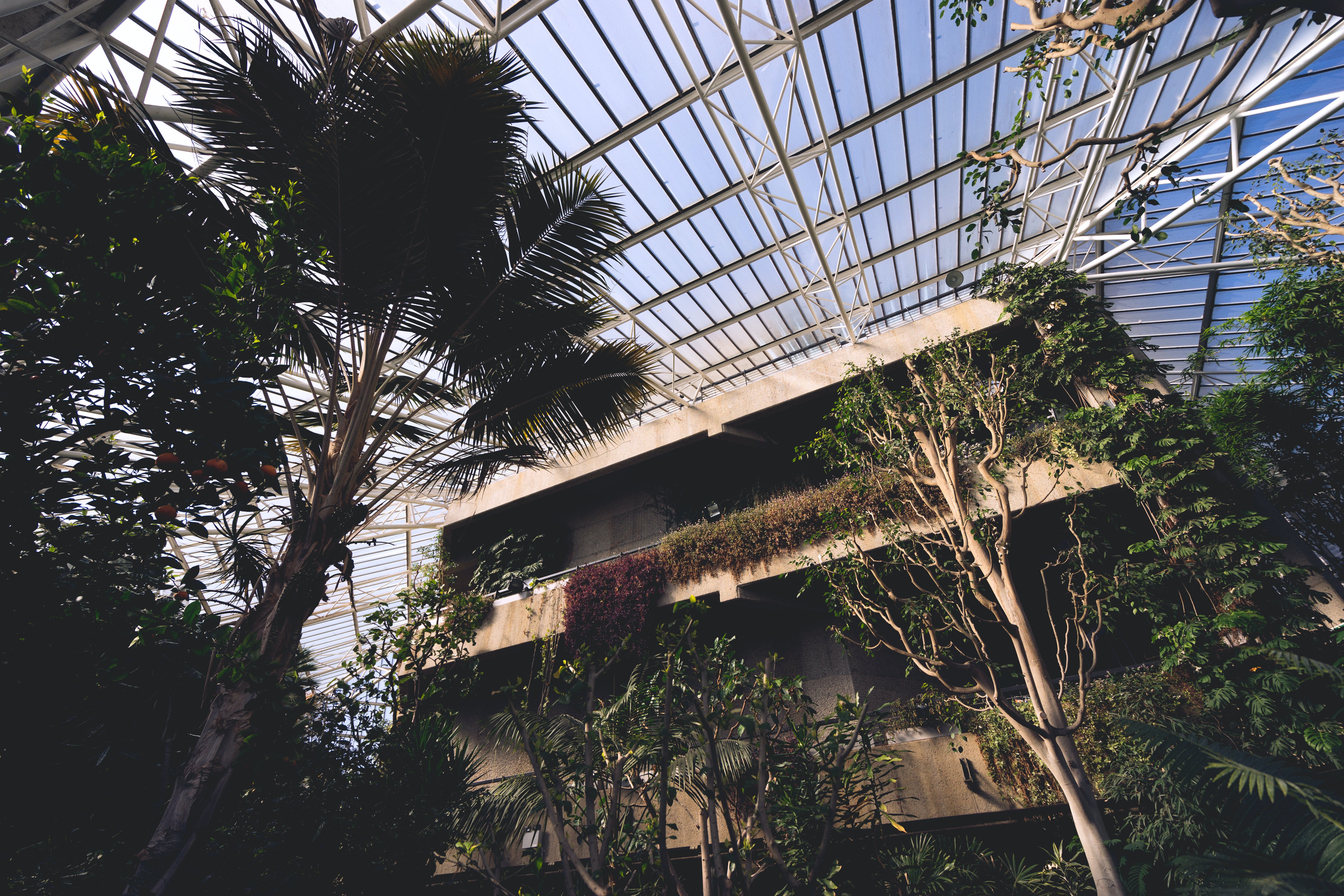 The second largest conservatory in London is located in the heart of the City of London and features 2000 species of plants and trees, as well as terrapins and koi carp.Currently it’s only open to the public on Sunday afternoons and some bank holidays. 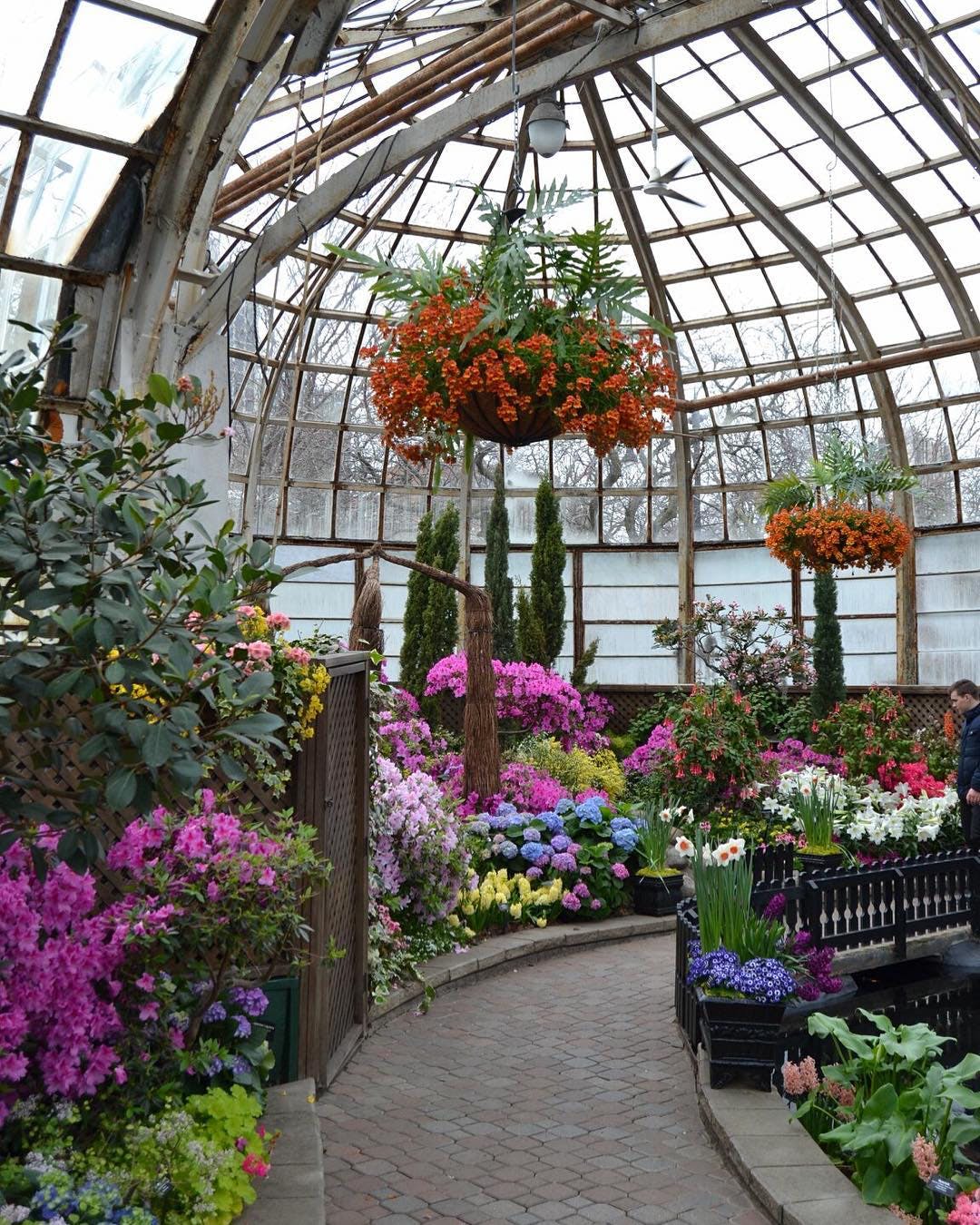 Lincoln Park Conservatory is a Victorian Era glass house, built in the late nineteenth century. It contains four rooms displaying exotic plants from around the world. Rare orchids, like the Moth orchid, can be found in the Orchid room. 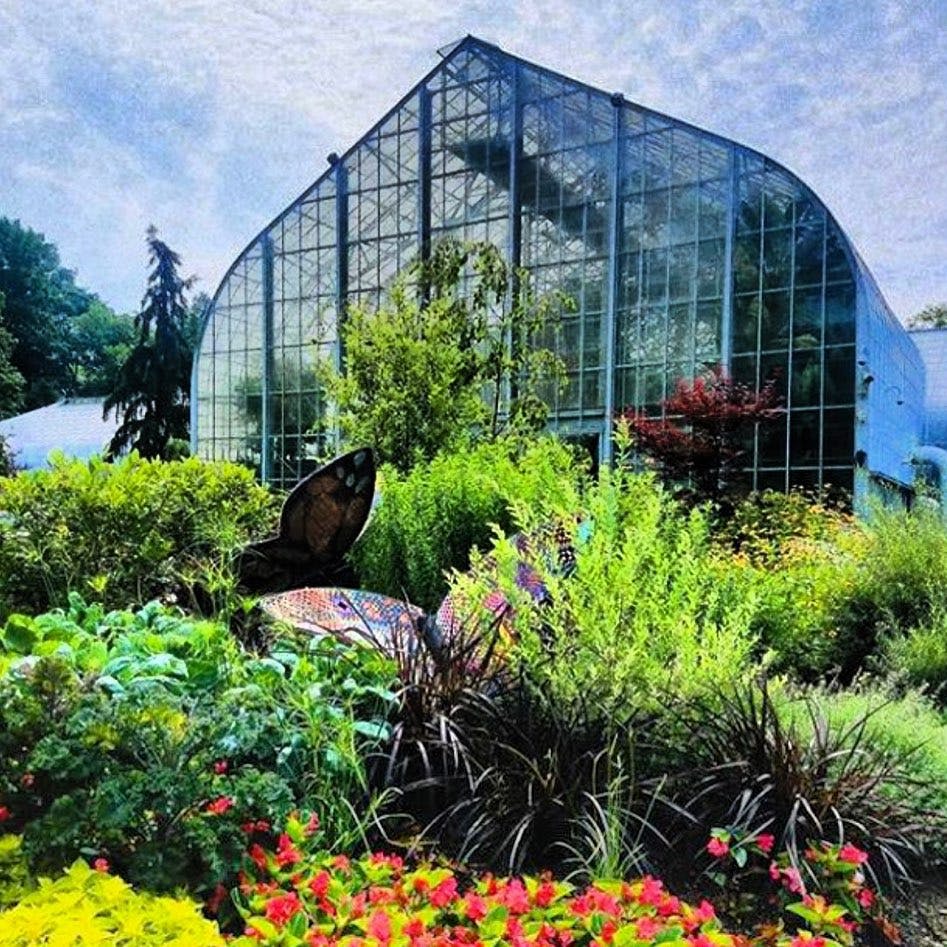 More than just a greenhouse, Krohn Conservatory often hosts weddings and other private events. Opening in 1933, 33 years later it was subjected to a hailstorm where it received extensive damage. After this, its original wood was replaced with aluminium. 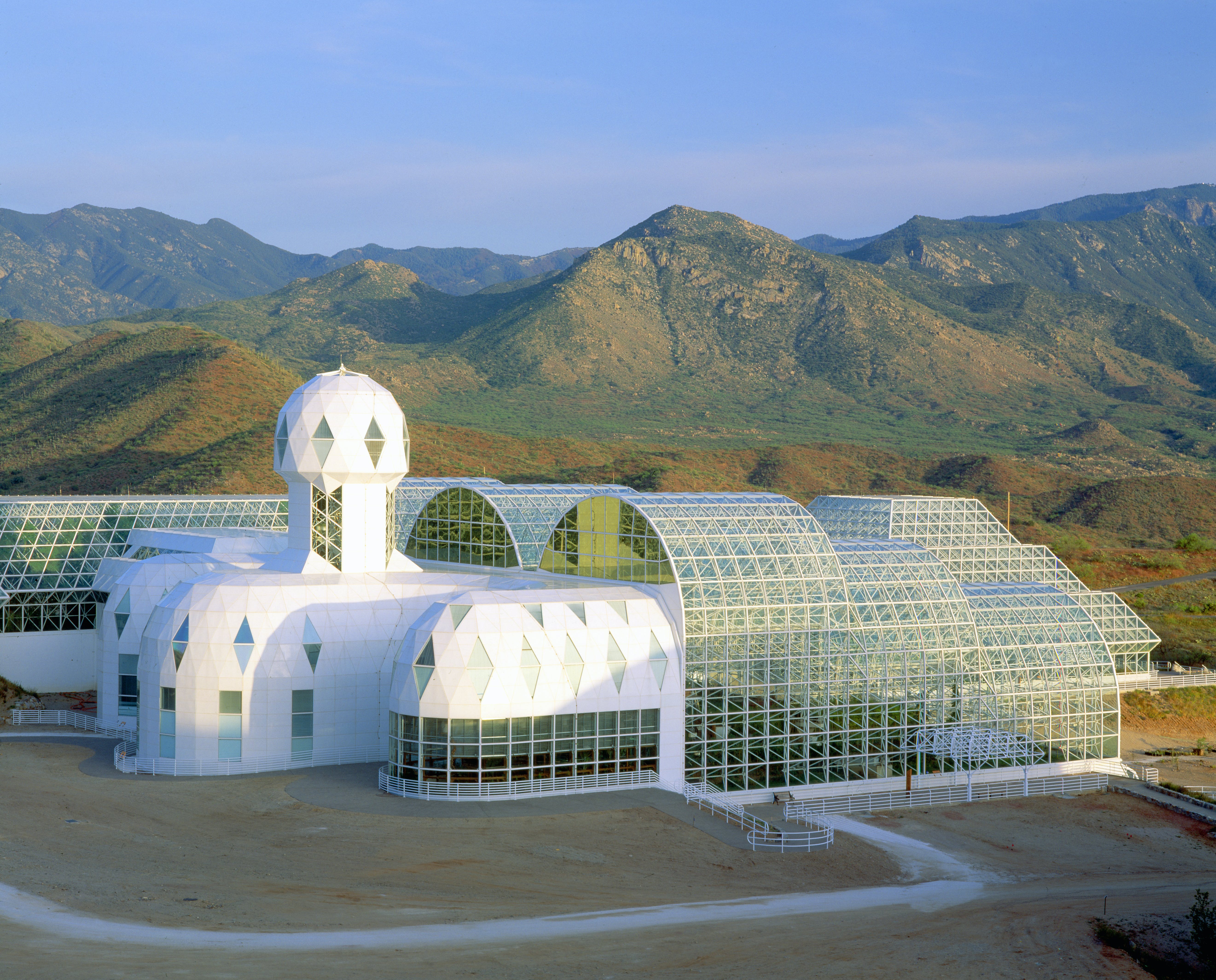 University of Arizona owned, its mission is to serve as a center for research, outreach, teaching, and lifelong learning about Earth, its living systems, and its place in the universe. Named "Biosphere 2" because it was meant to be the second fully self-sufficient biosphere, after the Earth itself. 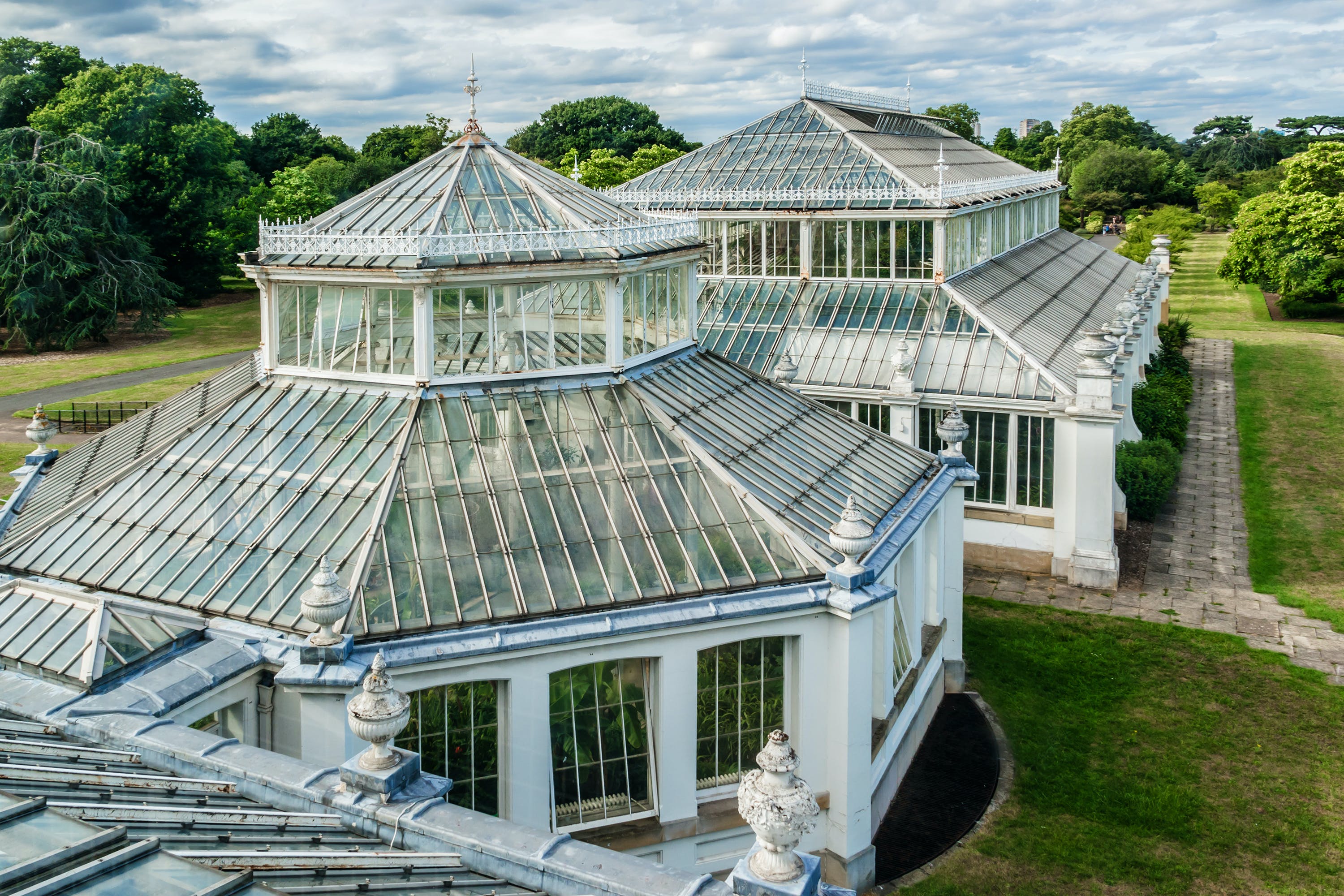 The 628ft long greenhouse is the largest surviving Victorian glasshouse in the world. Opening in 1862, the Grade-I listed building went under a 5 year renovation process opening again in 2018 and sits within Kew Gardens. 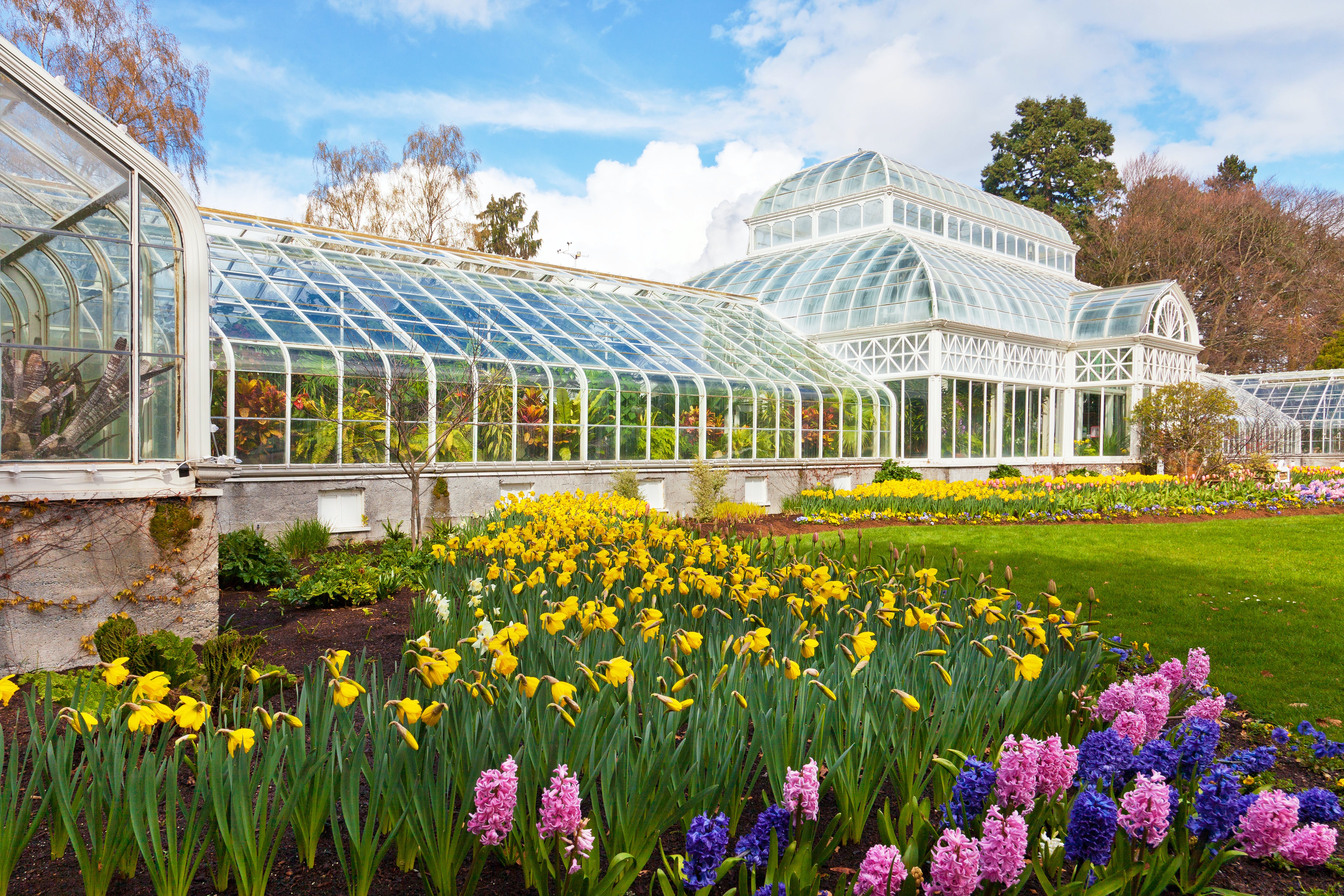 Made up of 3,426 glass panes fit into a wood and iron framework, this Victorian-style greenhouse structure is modeled on London's Crystal Palace. Inside, the Volunteer Park Conservatory is divided into five display houses: bromeliads, ferns, palms, seasonal, and cacti/succulents. In 2005, 2008 and 2014, the Conservatory witnessed the rare flowering of a corpse flower which is only likely to bloom two to three times within their 40-year life spans. 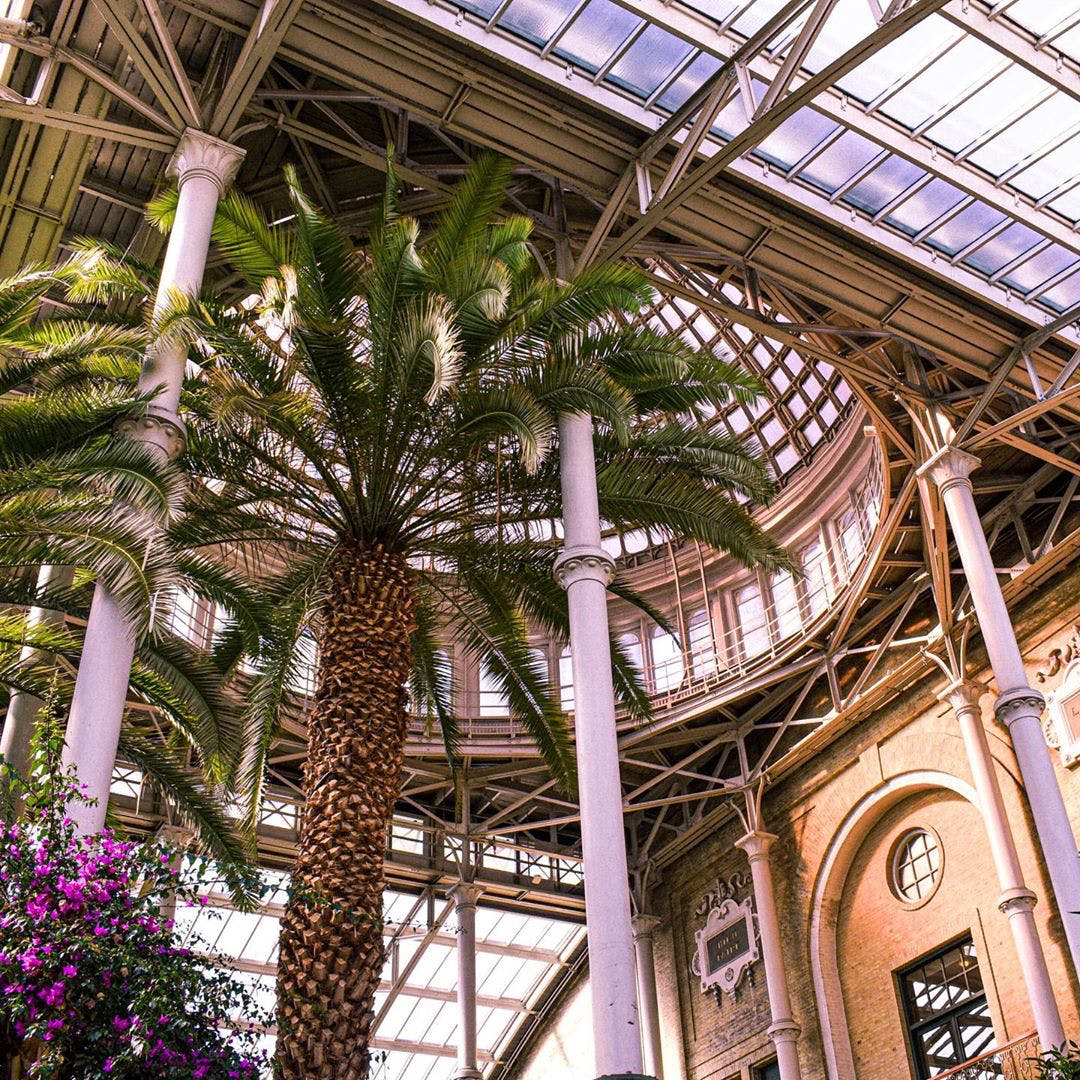 Primarily an art museum featuring mediterraneann sculptures, it also features a palm garden under a glass dome. Established in 1882 it’s shown artworks from painters such as Jacques-Louis David, Monet, Pissarro, Renoir, Degas and Cézanne, as well as those by Post-impressionists such as van Gogh, Toulouse-Lautrec and Bonnard. 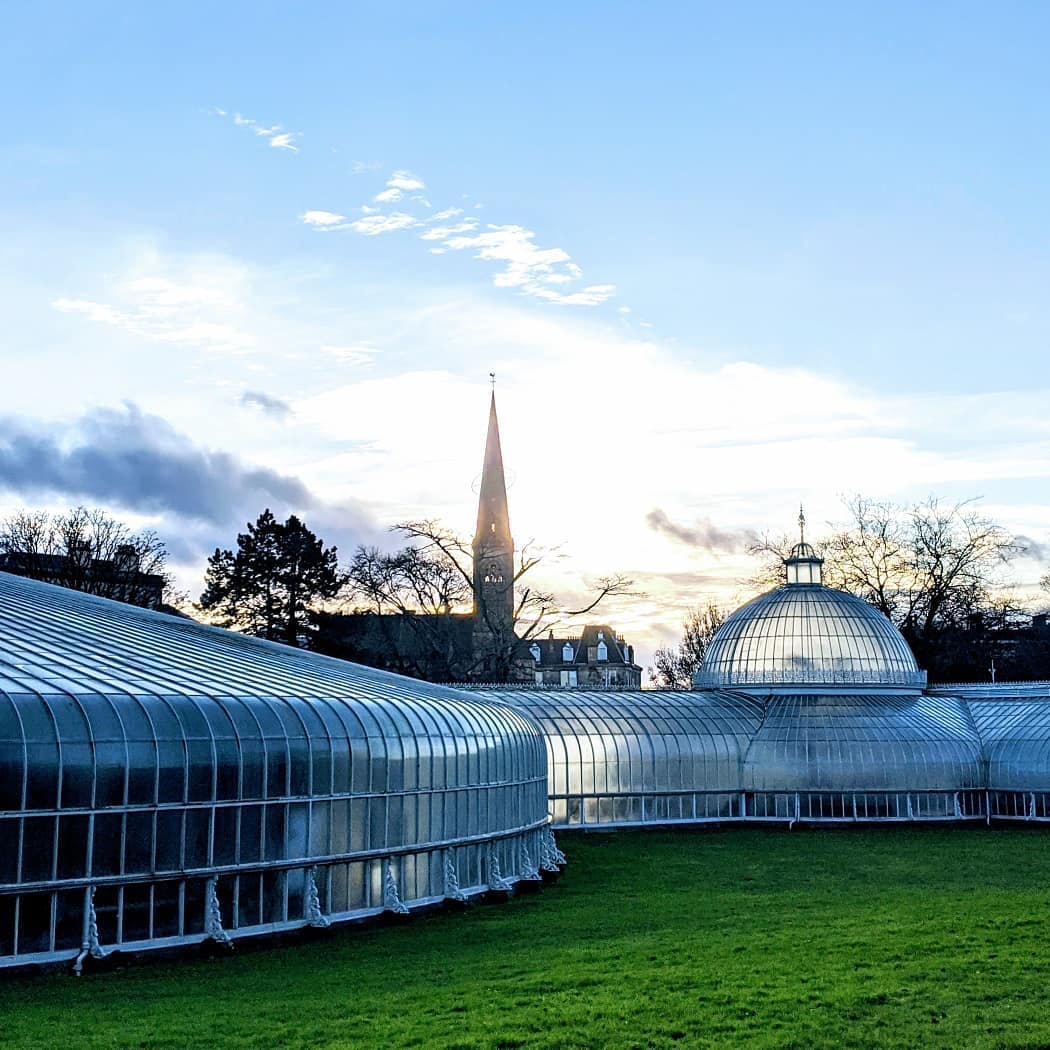 Kibble Palace is the most notable of the glasshouses in Glasgow’s Botanic Gardens. The building structure is of curved wrought iron and glass supported by cast iron beams resting on ornate columns, surmounted on masonry foundations. It was initially used as an exhibition and concert venue, before being used for growing plants from the 1880s. 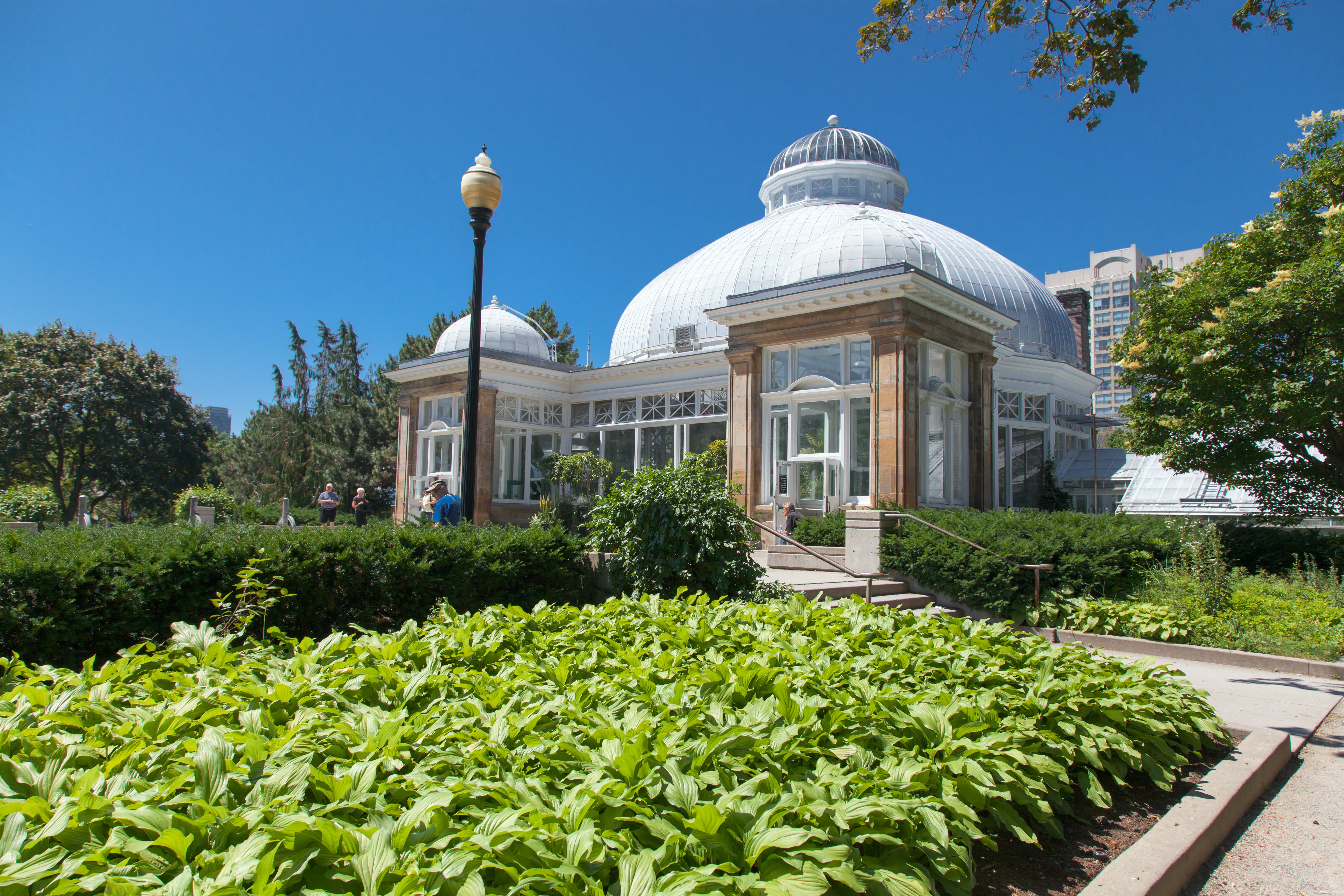 Allan Gardens (founded in 1858) is one of the oldest parks in Toronto, Ontario, Canada. The southern "Tropical House" has a waterwheel and tropical plants like orchids and bromeliads. The "Cool House" has a waterfall, Kashmirian Cypress, small pond and citrus trees. 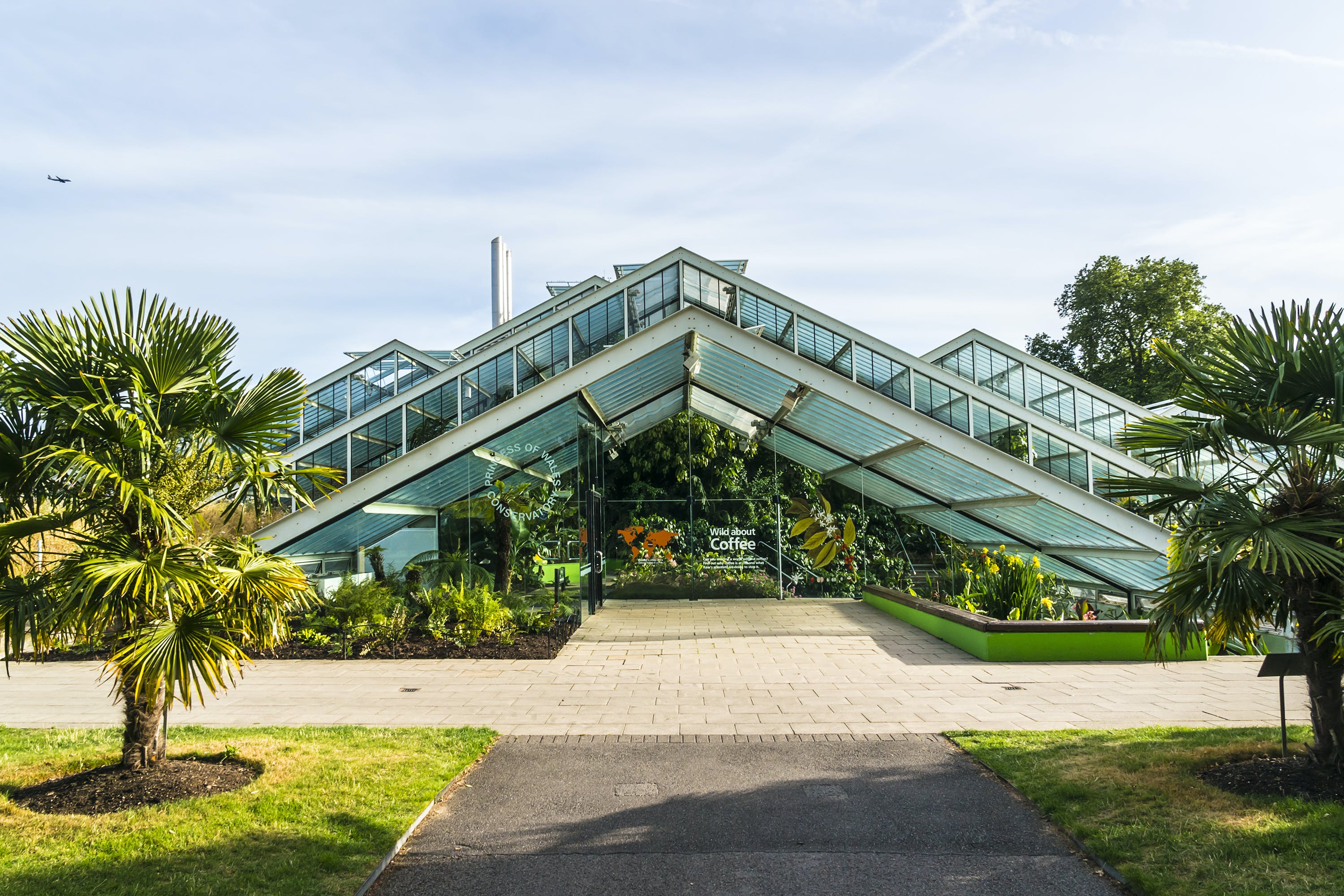 Opened by Diana, Princess of Wales in 1987 it is the third major conservatory of Kew Gardens. During its construction a time capsule was buried containing the seeds of basic crops, an endangered plant species, and key publications on conservation. 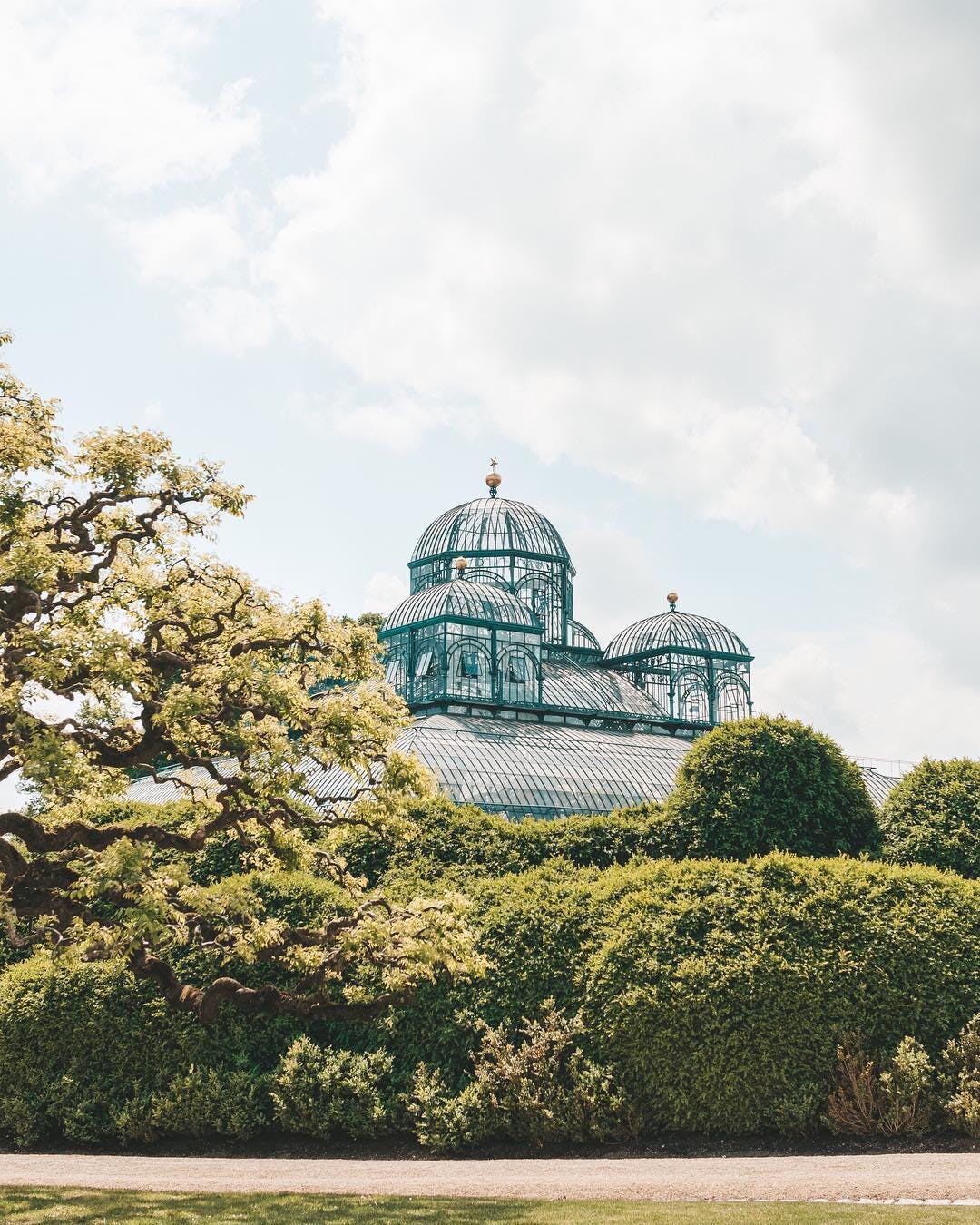 The Royal Greenhouses of Laeken are a vast complex of heated greenhouses which date back to the 18th century. Over 800,000 litres of fuel oil are required to heat the buildings each year. Visits are limited to only a two week period between April and May when the flowers are in bloom. 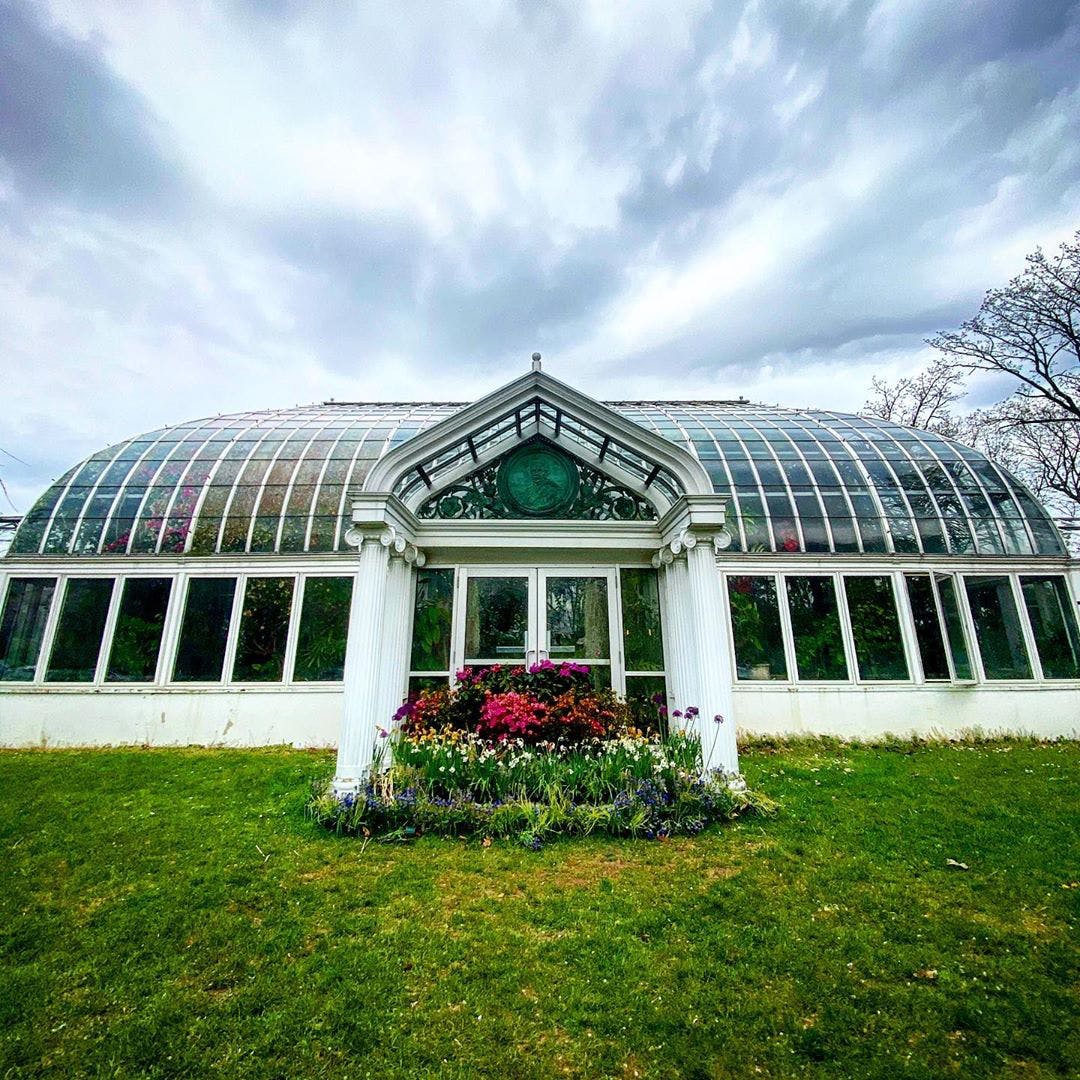 Originally constructed in 1911, the Lamberton Conservatory displays exotic flowers and foliage plants from around the world in lush tropical settings.In 2007, the Parks Department sought one million dollars for a complete tear down and historic reconstruction, maintaining every possible detail of the original design.

Top 20 Instagrammable greenhouses in the world: 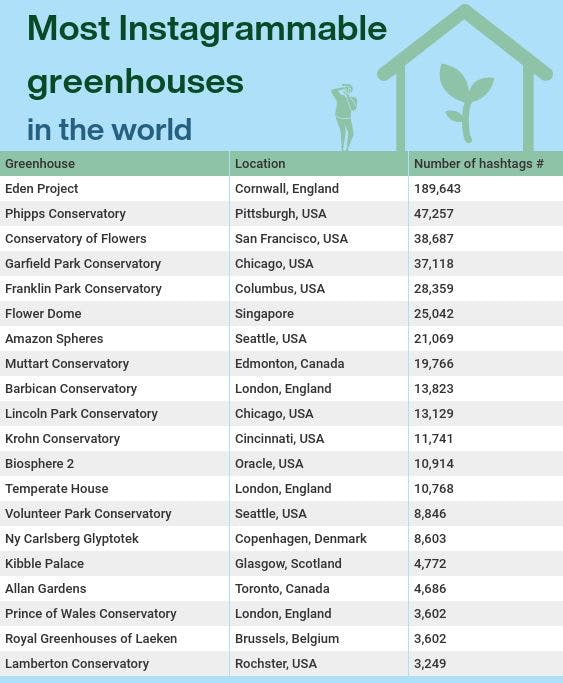 If you like your home to be as warm as a greenhouse, make sure to compare energy prices so you don't have to worry about the heating being left on.

We took the most notable greenhouses according to Wikipedia and created another list through our own research. We then searched on Instagram for how many hashtags each building had and ranked them according to the most hashtags achieved.