Catherine Hiley - 17 November 2017 Last updated: 11 November 2020
Comment
Share
Tweet
Sharpen your elbows and grab your shopping lists now. When it comes to Black Friday, there's no such thing as 'too early'.

Black Friday 2020 is nearly upon us. And it's fair to say there aren't many better times to bag yourself a cheap deal on a smartphone, SIM only deal or that fancy gadget you've been eyeing all year.

But with Black Friday 2020 taking place during a UK-wide lockdown, pretty much all the best bargains will be online this year. So, instead of rushing to the shops or queuing overnight to buy a cut-price TV, you'll need a digital strategy instead.

And this is where we come in. We've compiled a list of great shopping tips and tricks to help you make the most of Black Friday 2020.

Just looking for Black Friday deals? Bookmark this page, where we'll be collating the best offers.

Looking for Black Friday broadband deals? The good news they've started already. Take a look at our pick of the best offers.

1. Make sure you've got a strong, fast internet connection

In previous years, the winners of Black Friday were those with sharp elbows and the time and patience to queue outside department stores from the early hours of the morning.

But this year, the UK will be in lockdown over the Black Friday weekend. So to maximise your chances of bagging some great online bargains, you'll need a reliable and fast internet connection.

Luckily we have all the information you need to help you in our guide explaining the broadband speed you need for Black Friday.

Exercising fiscal discipline isn't easy. Rishi Sunak will tell you that much. But it's also vital if you're going to avoid overspending on things you don't necessarily need.

So decide how much you can afford to spend on Black Friday bargains and stick to it.

3. Do your Christmas shopping

Now that all but non-essential shops are closed until at least the beginning of December, more people than ever will be doing their Christmas shopping online this year.

And with budgets being more stretched than ever this year for a lot of people, Black Friday bargains could really help you get your loved ones the gifts they want without breaking the bank.

We recommend making a list (and checking it twice) of all the presents you need to buy and start looking out for Black Friday deals for those items.

4. Start early, as Black Friday gets earlier every year

In turn, it makes sense to start your bargain-hunting early too. Already you can find a pretty smart selection of smartphones from Samsung, Honor, Xiaomi and Huawei that have been reduced for Black Friday.

Naturally, the best deals at big retailers come and go very quickly. So to give yourself the best chance of getting what you're after, it's a good idea to sign up for online accounts with your favoured stores right now.

That way you won't waste valuable moments entering your account details when you're trying to beat your shopping rivals to the punch.

5. Arm yourself with a plan

In the heat of battle, you need a strategy. The Romans knew it. The Carthaginians knew it. And now you know it.

To ensure you're ready to pounce, it's smart to take a good look around now at the items you've earmarked for purchase and make a shortlist. Note down the standard retail prices too, so you know what a bargain really looks like.

6. Keep an eye out for Black Friday SIM only deals

If previous Black Friday's are anything to go by, SIM only deals and contract phone deals that offer twice as much data (for example 20GB per month for the price of 10GB) are among the most in demand.

In 2018, there was also a range of SIM only deals with a free voucher, some of which were worth around £80.

If you don't fancy trawling through everything that's on offer, no matter. We'll be flagging our favourites on our Black Friday phone deals page.

If you're still under contract with your broadband or mobile provider, you're tied up for now and a good proportion of Black Friday deals that involve a contract won't be available to you.

But if you're out of contract, you're footloose and free to grab yourself a bargain.

How do you find Black Friday deals?

To ensure you know when items you're looking to buy are discounted, set up alerts with retailers. Once it's active, you'll be notified whenever the prices change.

Some retailers publicise their most attention-grabbing deals exclusively on social media sites. So you may also want to set up push notifications for updates from them on Twitter, Facebook and Instagram.

Will there be good Black Friday mobiles deals?

It's not uncommon for networks to cut upfront charges, or even waive them altogether, for phone-and-contract deals on Black Friday.

That goes for new, in-demand phones from the likes of Samsung and Apple, as well as older models.

And is the iPhone 12 worth upgrading to?

iPhone 12: Everything you need to know

All the essential info on Apple’s new handsets. 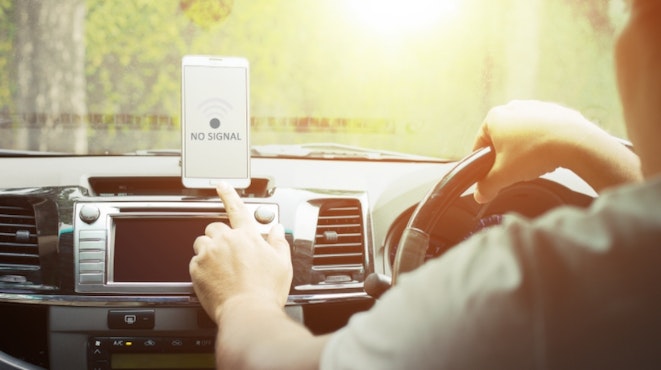 In-car mobile use: Can you use your phone at the wheel?

The law is changing – find out how to make sure you’re not acting illegally.

iPhone 12 MagSafe: Everything you need to know

An old feature that brings something new to the iPhone.

iPhone 12: which models are available?