Apple will launch a new iPhone this year. That much we know. Everything else – including the exact models, design, spec and even the names – is still up for grabs, until Apple makes the official announcement in September.

But we don’t have to wait that long to find out what’s in store. We’ve seen all kinds of leaks, some more reliable than others, that point to what’s coming, so you’ll know what to expect come the big unveil. Which will help you plan whether you want to upgrade to a new Apple phone or to hang on to your current handset.

So what can we expect from the iPhone 13? Let’s have a look and see.

Apple usually launches its new iPhone range in September – it’s one of the biggest dates in the smartphone calendar. But last year, things ran a little differently.

The 2020 launch of the iPhone 12 didn’t happen until 13 October – the launch was delayed because of the coronavirus pandemic causing a shortage of parts (shortages are still plaguing the console world, hence the PS5 and Xbox Series X being in short supply). 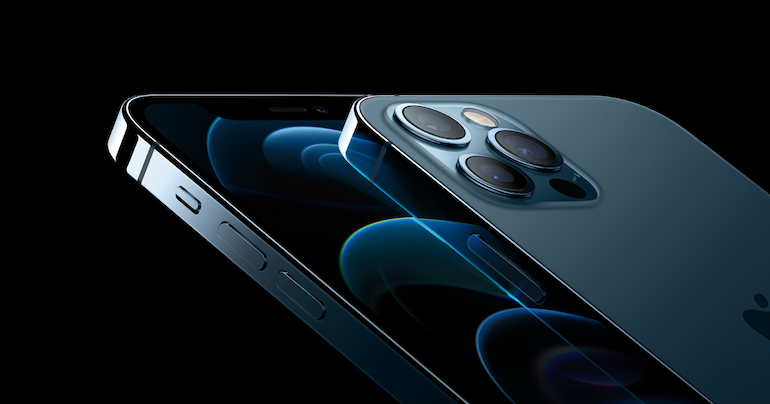 Thankfully, phone fans didn’t have long to wait after launch to get their hands on a new iPhone. The iPhone 12 and 12 Pro opened pre-orders on 16 October, with the phones going on sale a week later, on 23 October. The iPhone 12 Mini and Pro Max followed shortly after: pre-orders for these two started on 6 November, with sales starting on 13 November.

According to sources, there will be no such delay to this year’s launch schedule.

Just before Christmas 2020, noted Apple analyst Ming-Chi Kuo said that iPhone 13 production was on schedule for the usual launch cycle, and that we can “expect all iPhone 13 models available by September 2021 without delays.”

At least two of the new handsets should be available to pre-order shortly after, on 17 September, according to the analysts from Wedbush's supply chain sources. Pencil it in.

Apple keeps mum about the very existence of a new iPhone, so obviously it’s not going to give us any details concerning a price before the phone is even official. But going on our industry knowledge, we can make some educated guesses.

Firstly, the aforementioned shortage of semiconductor chips has led the price of parts to rise across the tech industry as a whole. Combine that with higher import fees due to Brexit, and we could be looking at an iPhone 13 range that’s pricier than its predecessors.

iPhones are known for their slick design, but it’s never a case of style over substance. form and function work hand in hand – the design is always helping to make the phone more pleasurable to use, rather than being design for design’s sake. 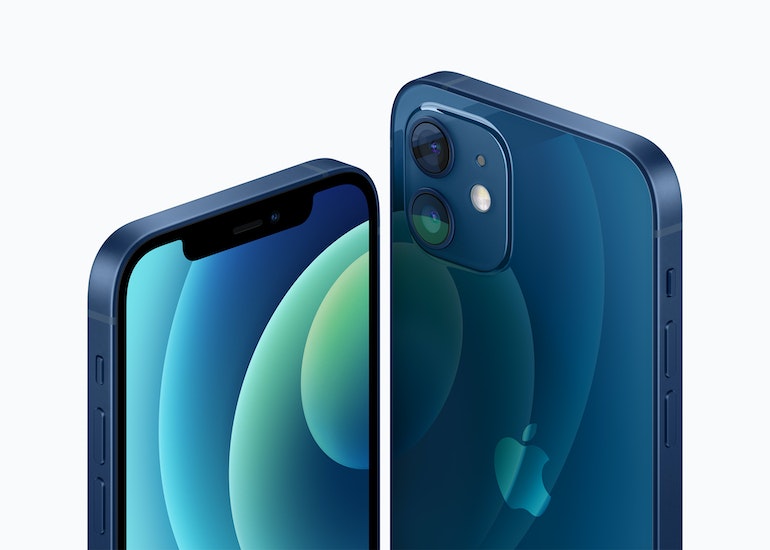 That should still be true of the iPhone 13. According to Kuo, the iPhone 13 line-up will be identical to the iPhone 12, with the same four models available in the same screen sizes.

That contrasts with other rumours that say the iPhone Mini is for the chop. The smallest handset in the iPhone 12 range has reportedly sold poorly compared to its brethren, so while we do expect to see an iPhone 13 Mini, it could be the last in the Mini line.

With screen sizes reportedly staying the same, we’re not expecting any drastic design changes from the iPhone 13 range. Though there will be some differences between it and the iPhone 12.

The notch, for starters. This is the cutout on the screen that houses the front-facing camera for video calls, selfies and Face ID (facial recognition tech for unlocking the phone and authenticating payments). It’s been a feature of the iPhone since 2017, but many say it blights the design, as it stops the phone being all screen.

Update: some industry rumours are speculating that the iPhone 13 could incorporate fingerprint technology already in use in the iPad Pro. This means you'd be able to unlock the new iPhone 13 by touching one of its side buttons. 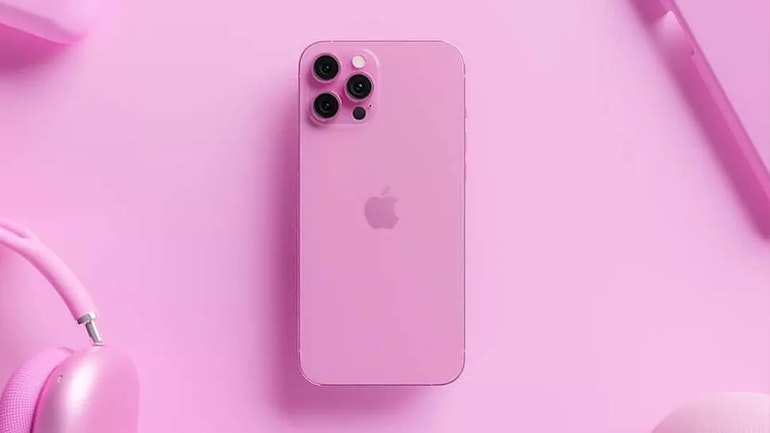 The iPhone 12 was released in four different sizes, including the more compact iPhone 12 mini. However, sales of the smaller iPhone have been disappointing, and unless that changes dramatically with this latest release, the iPhone 13 mini may be the final smaller-sized iPhone model to be released.

A higher refresh rate would mean less blur and more detail during movement. It’s especially useful for fast-moving content like gaming and sports. 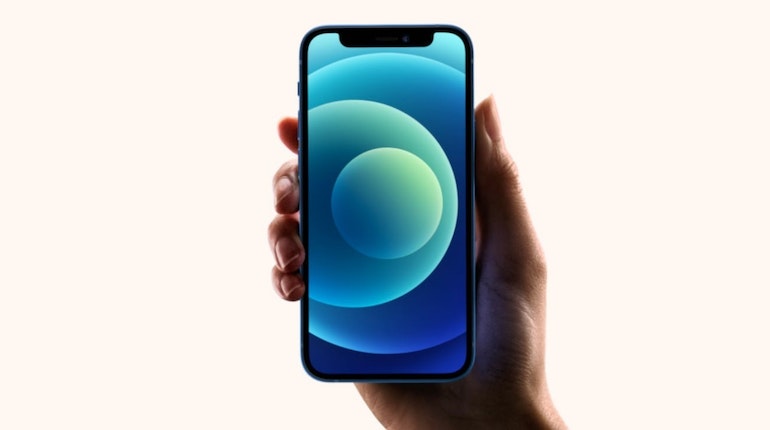 According to Kuo (yes, him again), the two top models will have 120Hz screens. That means the iPhone 13 Pro and Pro Max would offer even smoother scrolling, gaming and video playback.

The screen is said to offer a variable refresh rate, so when it’s showing content that doesn’t need the higher refresh rate (static images, say), it can fall back to a lower rate, which will save battery life.

It should also be thinner than other OLED panels, because it has one fewer layer of components under the screen. That could help the iPhone 13 models be slimmer than their predecessors.

Now let’s get into the nitty gritty. What can this thing actually do? Specs are likely to be very similar to the iPhone 12, but with a few improvements.

Inside should be Qualcomm’s X60 modem. Not only should this make it faster than the iPhone 12, it should also give quicker 5G speeds while being less of a battery drain. It could also offer Apple’s rumoured A15 Bionic chip, giving it even more of an edge over the competition.

It’s also said to support Wi-Fi 6E. This is an improvement on Wi-Fi 6, with even faster mobile internet speeds. Get ready for even slicker streaming.

Will the iPhone 13 include satellite connection?

Rumours have been popping up from reliable sources (including analyst Ming-Chi Kuo) that the iPhone 13 will all you to send messages via a satellite connection. If true, the iPhone 13 will connect to Low Earth Orbit (LEO) satellites using a new form of radio technology. The new integration of this technology could mean that emergency calls could be made wherever you are.

The camera is one of the main selling points of the iPhone 12, and the reason many people buy one. If the rumours are right, the iPhone 13 should be an even more compelling proposition.

It’s said to have a 48-megapixel camera with a new ultra-wide angle lens with autofocus. The bad news? That would make for a bigger camera ‘bump’ on the back.

Apple is also rumoured to be working on a 10x optical zoom, which would match the Samsung Galaxy S21. The S21’s is one of the best cameras going, so this upgrade should level the playing field somewhat.

The iPhone 13 and 13 Mini could also have LiDAR sensors. This would make for a more advanced portrait mode. Sounds like that more than justifies the bigger bump.

We’ll be updating this page as more leaks come our way. So stay tuned, there’s a long time to go until September.

iPhone 13: what do the public want?

With iPhone day almost here, we surveyed 2,000 adults to find out what they're looking forward to seeing from the latest iPhone.

Our research found, ten million mobile users are planning to buy the upcoming iPhone 13 in the next 12 months, with four million fans set to get one as soon as they’re launched!

When it comes to improvements, the feature consumers are most interested in changing is improved battery life, followed by a cheaper price.

More than a quarter would like to see a charger in the box, and more than one in five would like an upgraded camera and faster processor.

Only 14% of people are wanting Apple to change its iconic design.

Meanwhile, more than a third of Apple users say they keep buying iPhones due to brand loyalty, while two fifths say that it is the ease of use that keeps them coming back.

Methodology: Opinium surveyed a sample of 2,000 UK adults from the 27th to 31st August 2021. Results were weighted to reflect a nationally representative criteria.

Wearable tech for your wrist.

The main tech and gadgets you need to know about.