There are now more mobile phones in the world than there are people, so chances are you have an old phone or two knocking around in a drawer.

Even if you don't, when the time comes to buy a new mobile it makes a lot of sense to sell your old one and recoup some of the cost.

But where can you sell yours? And how do you ensure you get the best price? Read on and we'll tell you all you need to know.

Find out how much it's worth

There are thousands of models of mobile phones out there, so the first step is to see which kind you have and, in so doing, establish what its particular selling points may be.

Is it an old Nokia 3310? A recent model of iPhone? Can you browse the web with it? Get emails? Download apps?

These will all have a huge bearing on how much it's worth and how you go about marketing it and making it attractive potential buyers.

If you have the original box, charger, instructions and anything else that came with it, that's a huge plus too.

No one wants to shell out for a phone only to have to then hunt down a charger that's compatible. And the instructions can prove invaluable if someone wants to learn how to use the phone.

Your first step is to see how much other people are selling the same model for.

Obviously you won't get as much as you would for it brand new, so you'll need to scour second-hand and auction sites to find out.

eBay is a good place to start.

As well as giving you a good idea about how to price it, you can see how other people sell theirs and learn from their approach, good and bad (more on this in the 'Make it look as good as possible' section).

Amazon Marketplace also has plenty of phones for sale, both new and second-hand.

Find out how old the model is too, as people will pay more for a more recent phone.

Read about the manufacturer too. Did it stop making phones after yours? Maybe the follow-up received poor reviews compared to the model you've got.

Try and think of anything that makes it more attractive. 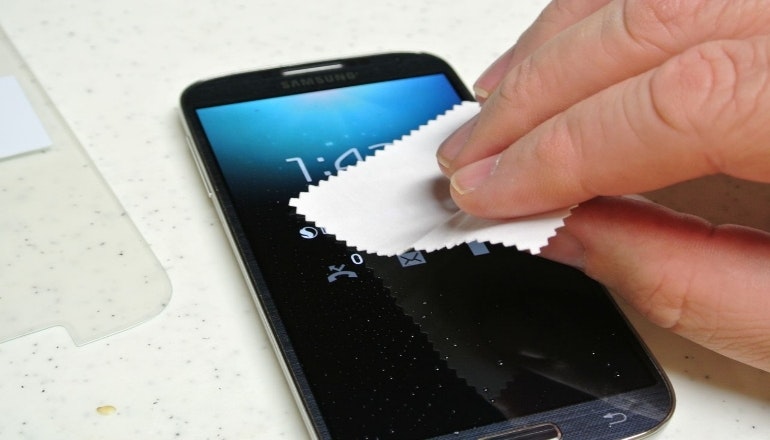 Once you've decided where to sell your phone, it's time to write the listing.

As a cursory glance of an auction site will tell you, there's plenty of competition out there, so do everything you can to make yours stand out.

It's worth taking some time to think about how to position your phone, as the right turn of phrase can make all the difference.

Instead of calling it an old phone, for example, you could market it as a 'retro handset', or a 'design classic'.

If it's in good condition and quite rare, it could fetch a pretty penny.

Spell out exactly what makes it unique. For instance, was it the first phone to come with a stylus?

Was it the last Nokia handset to be released before Microsoft took over Nokia's mobile division?

Maybe it's the first Android handset that Google ever produced.

There are all kinds of collectors out there, and you never know what they're looking for. Bear them in mind when you sell.

If there's nothing particularly special about your phone, play to its other strengths. Maybe it's never let you down in five years. If that's the case, say so.

All many people want is a reliable phone that makes calls and sends texts. Don't underestimate how valuable this is!

Mention everything you have with the phone, such as the box, charger, instructions, bundled headphones, installation CD etc. The more complete the package, the more money you're likely to get.

Make sure to mention all the key specs too, as buyers will want to know things like how powerful it is, which operating system it runs and what kind of camera it has.

You're better off leaving these until the end though, and using your first few sentences to spell out exactly why it's a good purchase.

Having an unlocked phone – i.e. one that's not tied to any network – will also get you more money, because the buyer will still be able to use it if they switch to another network.

So if it's unlocked, make sure you say so.

It's also worth spending some time taking some really good quality photos.

Often people browsing won't read the description unless the phone looks like something they'd want to buy, so give it a wipe down, and experiment with a few different lighting conditions.

It's amazing what a difference a good photo makes.

Finally, think about your postage options. Recorded delivery costs more, so eats into your profits, but will give you peace of mind should the phone go walkabouts in transit.

Whichever you choose, make sure you say so in the listing so the buyer knows how much it'll cost them.

Of course, you don't have to sell on an auction site. There are plenty of other options at your disposal.

All the major networks will gladly take your old phone off your hands. However, make sure you read the small print before you hand it over.

Three, for example, will only take your phone if you sign up to a 12-month contract with it, and instead of paying you money, it'll give you credit to spend with Three.

Though it will match any competitor's offer within seven days.

Vodafone and O2 let you choose between cash or credit, while EE pays either by bank transfer or cheque.

Carphone Warehouse also buys old phones and tablets for cash, even if they're broken.

If you want to switch from your current model to an iPhone, Apple is – unsurprisingly – only too happy to help.

You can trade in your phone online or in store, but Apple will only give you credit or an Apple Store Gift Card. No cash, we're afraid.

While you won't always get cash from these trade-in schemes, they can sometimes be quicker than listing your handset on an auction site.

So if you want cash or credit quickly, they're worth considering.

Or do the charitable thing

Of course, you could always donate your phone to a charity. You won't get any money, but you will feel good that it's helping those less fortunate.

Oxfam recycles phones and puts the money towards water tanks, wells, tools, school books and more in the third world. The British Red Cross has a similar scheme.

If you'd rather your phone gets fixed up and passed on to someone in the developing world, donate it to Envirophone. Because you can't put a price on helping people.

Thinking of buying a refurbished phone? We look at the pros and cons in our guide.