The Coronavirus lockdown has forced many of us to reconsider our mobility choices. The Society of Motor Manufacturers and Traders (SMMT), the body responsible for compiling new UK car sales, says the UK saw a 262% surge in pure-electric registrations back in the first half of 2020. 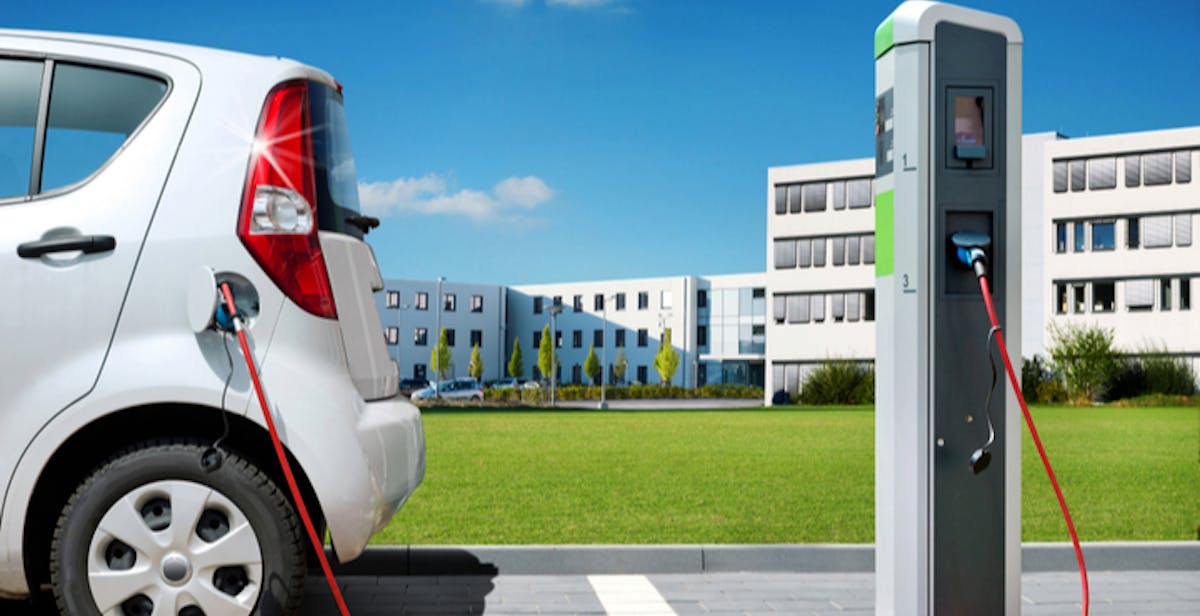 Battery range has vastly improved and the government still has its £3,000 plug in car grant on the table – though it won’t be around forever, you’re warned – to ease the buying burden.

If you lack the courage to make the full EV leap, hybrid car sales are taking up some of the slack nicely. Some models even switch automatically to ‘EV mode’ when entering urban areas.

In the past owners of electric cars might have struggled to find an affordable insurance policy. Insurers base their premiums on previous data, including claims history, for types of vehicle. But when electric car tech was new, there was less data to work from.

But electric car insurance is now increasingly mainstream as EV sales accelerate. The fastest way to find an insurer and compare deals from several different insurers remains via a price comparison website like Uswitch.

How much does electric car insurance cost?

The cost of EV car insurance will vary depending on the usual range of criteria: your age, driving history and postcode. The type of people who bought electric vehicles in the past were often seen as responsible types, helping snip premiums in some cases.

Benefits of an electric car

Although you may not save hugely on insurance, there are many financial benefits of buying an electric car. It’s important to consider any savings over the lifetime of the car (or for the time you will own it). Think long-term overall cost, not just the cost to buy.

Talking of charging, electric cars charge quickly up to 80% capacity. The last 20% slug is always slower to preserve battery life. It’s not your EV being annoying.

The best electric cars in 2021

Consider some of the below popular models, which include SUVs, as well as smaller electric cars. Few of us now bother with the recommended retail price (RRP) of a car. Most opt for a finance deal, but RRP is still a good line-in-the-sand reference.

Always shop around and don’t just focus on the monthly payment. Push for a list price discount first before negotiating a finance deal.

Let’s start at the ‘value’ end of EV ownership. 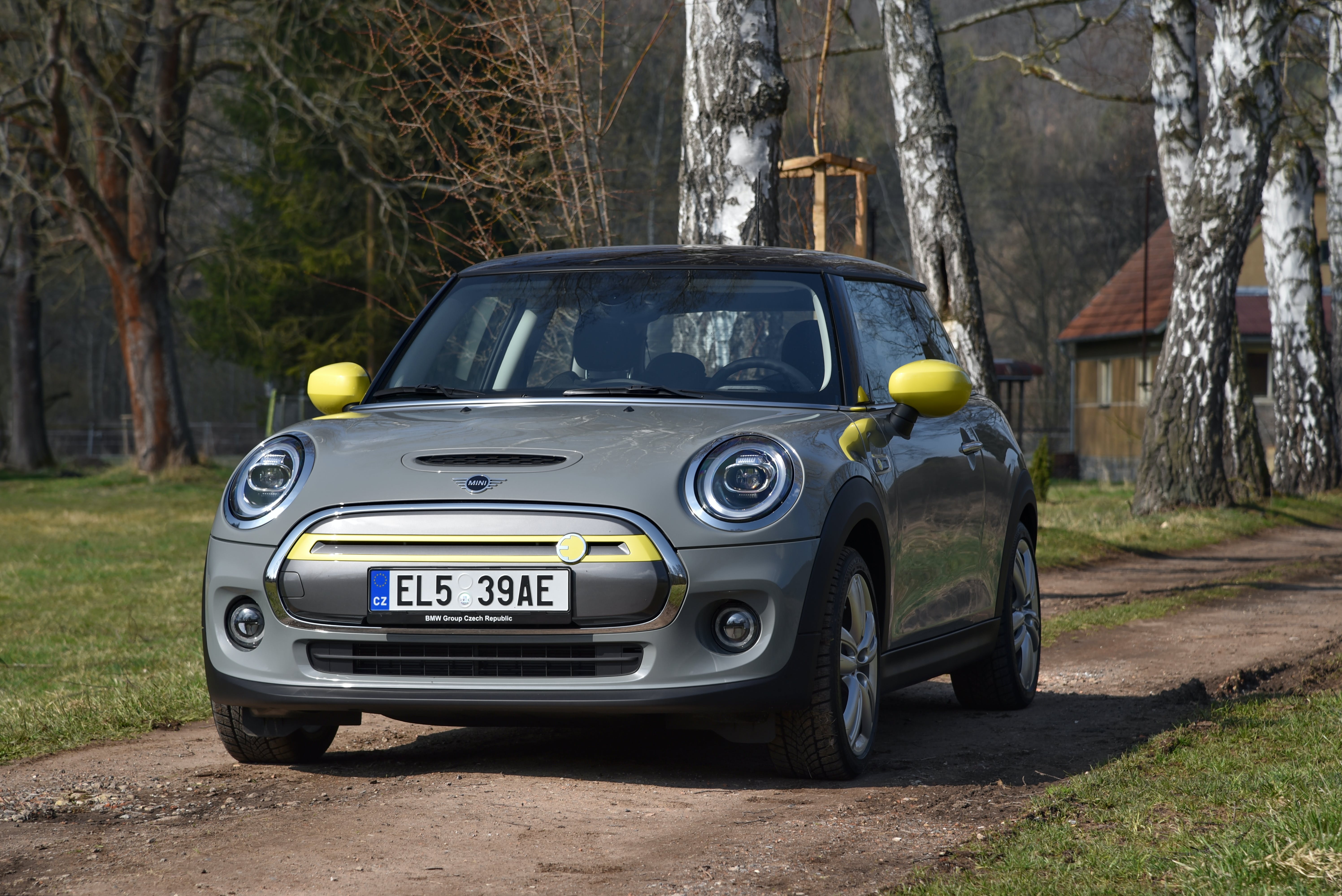 If all-out range isn’t important but fun is buy a Mini Electric (though it’s the only three-door on this list). Like other EVs, your range in reality will be lower than claimed: think a real-world range of 125 miles, perhaps less if your commute involves high-speed dual carriageways.

Driving dynamics are strong though out-right performance isn’t super-zippy. Where the Mini Electric scores is with fit and finish. The interior is in a different class compared to Far Eastern EVs like Hyundai’s Kona or MG’s ZS.

While there’s plenty of cockpit high-tech you’ve still got physical toggle buttons for heating and ventilation. There’s also a good amount of storage space for oddments. You’ll need to get used to the car’s electro-drone to warn pedestrians of your proximity but it’s not a big deal. For some households, this is the perfect city car. 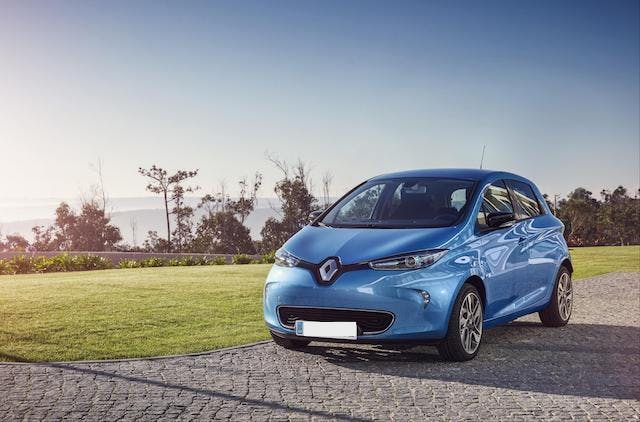 Renault’s Zoe starts from £26,995 after the government’s £3,000 plug-in grant. The standard Zoe claims an almost 250-mile range but this slips to under 200 miles in winter – lower temperatures make EV batteries work harder. Use air con a lot and your range will be further undermined.

Charging from a 7.4KW home wallbox gives you 30 miles range or so after an hour’s charge. If you try and re-charge from a standard UK domestic socket it takes almost 30 hours to re-juice, though this is the charging scenario for most EVs – a public rapid charger is far swifter.

Renault used to offer a monthly battery lease option but that has been ditched, even if it has driven the entry price higher. Although compact and diminutive the Zoe is a full five-door supermini. The Kona is a crossover – a hatchback mixed with SUV styling – and Hyundai has gifted it an exceptional range of nearly 280 miles. Though almost the size of a Focus or Golf, boot and cabin space is on the tight side. But it’s a fine car to get around town.

It’s affordable if you factor in overall running costs plus there’s much cutting edge electronic trickery, including standard adaptive cruise control and lane keep assist, to keep you safe.

If your family is on the tall side, watch the raised floor space (to accommodate the battery); this is exacerbated with cars optioned with a sunroof. Some report that the Kona’s tyre noise is wearing on longer journeys, though this is the same for many EVs shorn of a conventional engine and generous sound insulation. 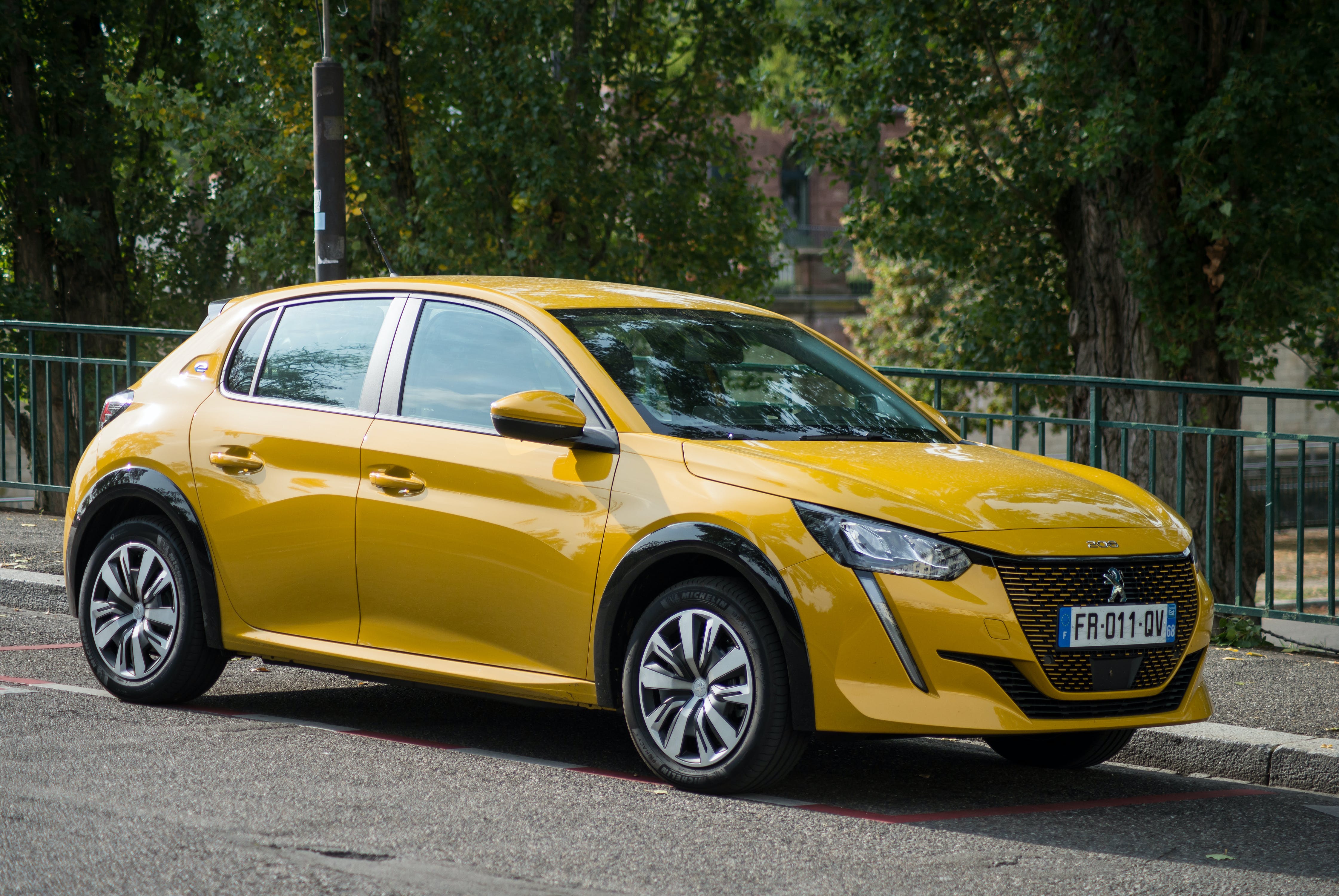 Pert and pretty the e-208 can be topped up to 80% of its 215-mile range within 30 minutes if you’ve a 100kW rapid charging point nearby. French cars traditionally mean soft suspension. However the e-208 weighs almost half a ton heavier than the standard car, thanks to its high-tech drivetrain, which means a ride erring on the firm.

The less-than-plush ride quality is exacerbated by 17-inch wheels on higher trim levels, so try before buying. There’s good quality materials deployed inside though the ‘i-cockpit’ driver ergonomics and dinky steering wheel, sitting well below the instrument cowl, isn’t for all. Watch those thick windscreen pillars, making visibility tricky at roundabouts and intersections.

Some families will welcome the Isofix anchor points on the front passenger seat. Steel wheels are standard on the base model – a bit mean. 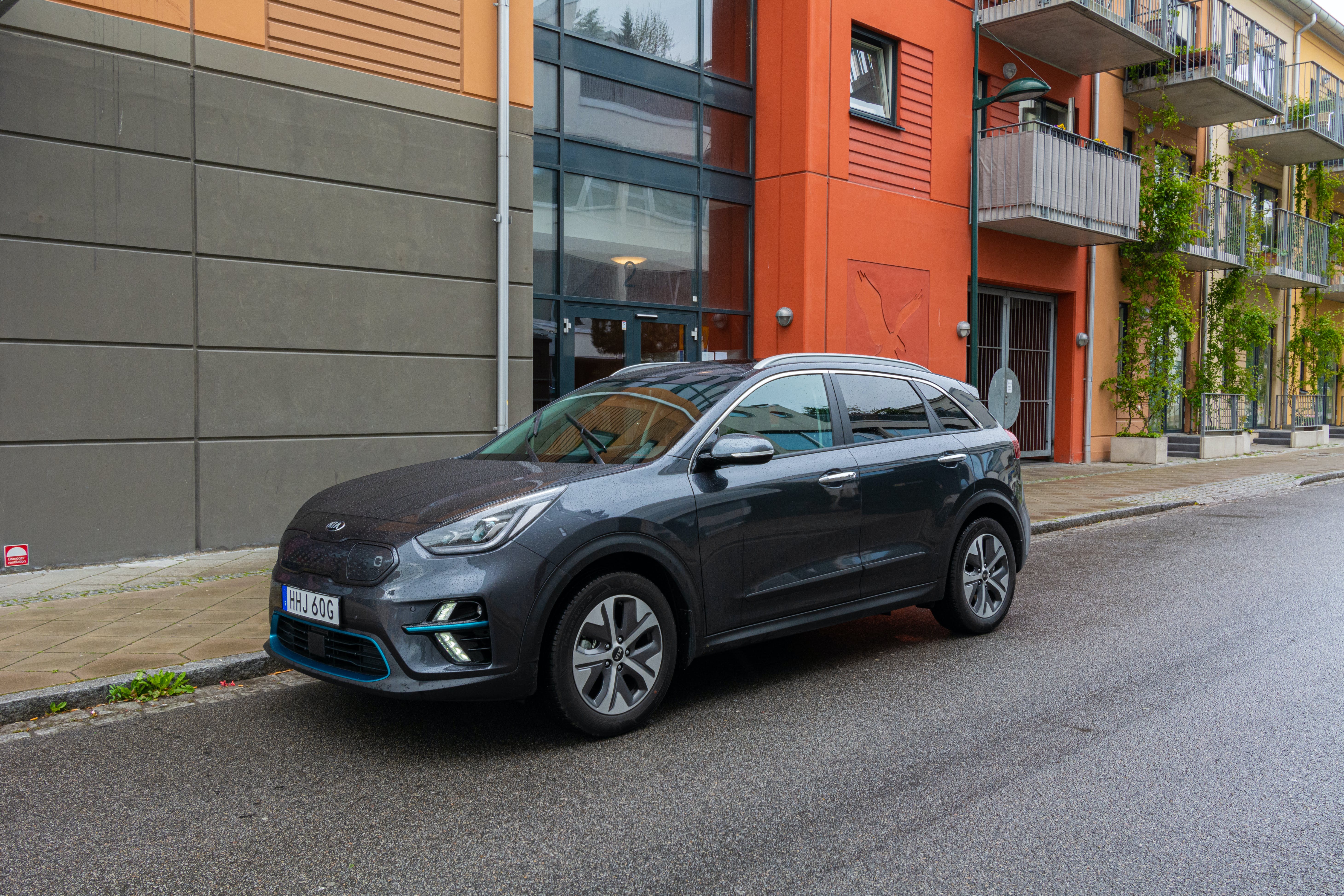 Bigger than a Hyundai Kona the e-Niro is a Swiss army knife do-it-all workhorse, with a larger boot (451 litres versus a Kona’s 322 litres). You can fast-charge the e-Niro to deliver 80% of its 280-mile range within 75 minutes; a home wallbox takes around 10 hours.

Adaptive cruise control and lane-keeping assist is standard and there’s good levels of performance, right down to the entry-level 134bhp model. Long-term reliability is unknown but the e-Niro should retain 80% of its battery range by the time it’s five years old, underpinning resale values.

As with many modern electric cars, there is cacophony of audible warning bongs when starting and getting underway. A seven-year 100,000-mile warranty is highly reassuring as a long-term ownership prospect. 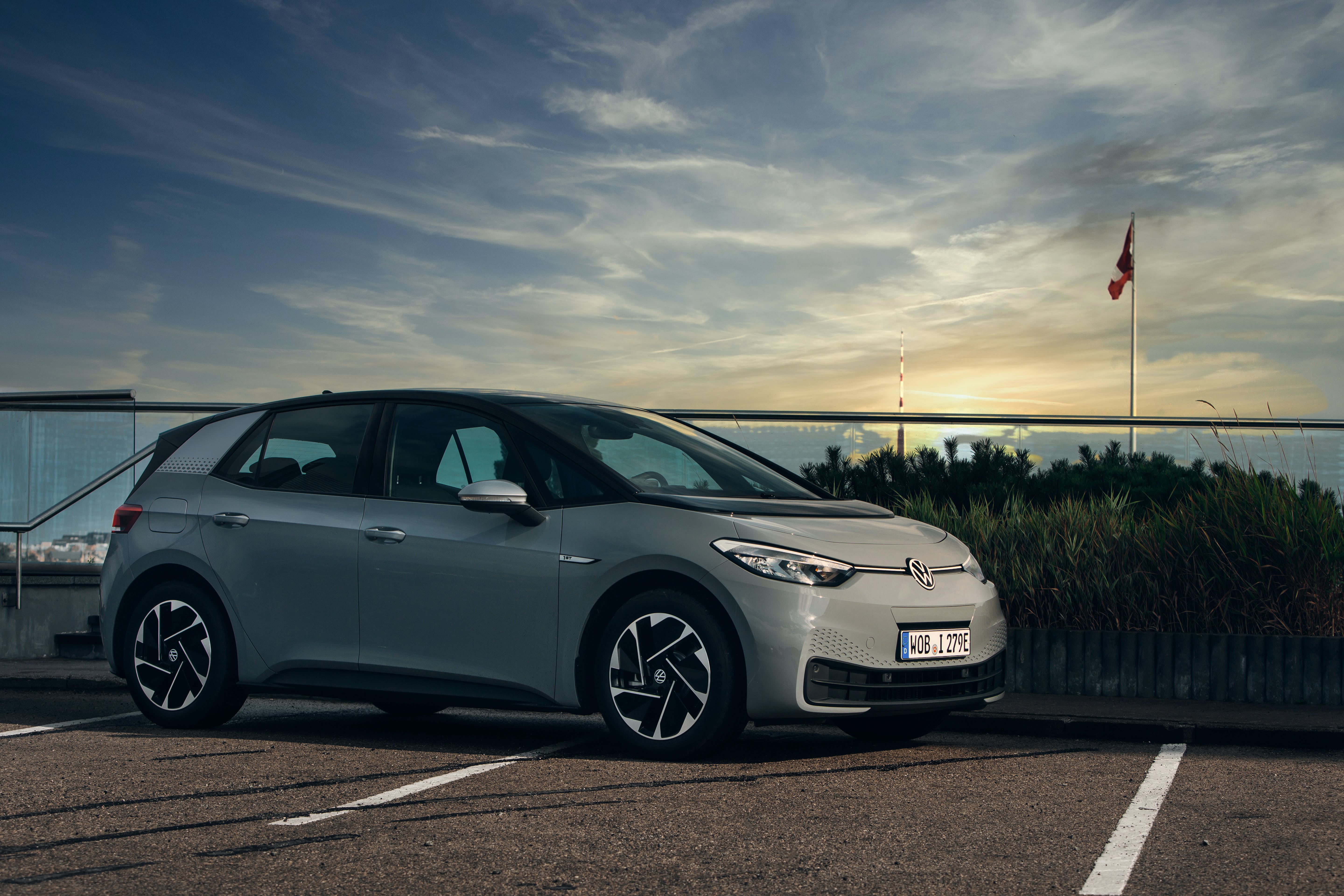 The just-released ID.3 – the name denotes VW’s third technology era Beetle, Golf, ID.3 – may be more important than Tesla and any other car on this list. That’s because the ID.3 is what VW thinks a car for most people most of the time should look like.

Having sold 35 million Golfs, VW has experience of what works. The ID.3 will cost from around £30,000 with a range of up to 340 miles, depending on model. The ID.3 is roomy inside, helped by an absence of a transmission tunnel: this is a car designed from the ground up without an engine or gearbox, liberating packaging creativity.

Crammed with safety kit, including an augmented reality windscreen display option, the ID.3 could be the most well-rounded EV you can buy, even if pricy, high-end versions arrive first.

It looks sharp and goes well but fiddly capacitive slider controls – think fan speed, for example – means taking your eyes off the road to use. A physical knob is safer and more practical. Voice commands are offered even if the software is said to be a bit buggy (for now). Do you really need that Golf? The Model 3 gives you a range of up to 340 miles, depending on model. The interior is more akin to a spaceship and dominated by a large tablet and absolutely no buttons.

Locating on-screen controls for basic functions can be difficult to adjust to so a Model 3 may be a touch-sensitive usability nightmare for some, particularly older people. For others, Tesla’s most affordable model is The Future. Much of the car’s functions can be outsourced to your phone – for example, locking and unlocking the car.

Fit and finish are good if a bit off BMW/Audi standards. The boot is pretty generous though the opening is small. One huge safety boon is Tesla’s standard-fit (since last year) Autopilot, allowing the car to steer, brake and accelerate automatically inside its lane.

Thanks to wide use of aluminium panels, the Model 3 is relatively light at 1,645kg – so not much heavier than Peugeot’s far smaller 1,530kg e-208. The Model 3 is also four-wheel drive and its pace and presence is phenomenal.