What is car remapping – does it work and what do I need to know?

An engine remap improves your car performance, meaning more power and economy. Remapping is often cheap and quick to do – and usually legal. It works by over-writing the settings of your car’s engine control unit (ECU). But it could ramp up your insurance costs and compromise your warranty.
Share this guide 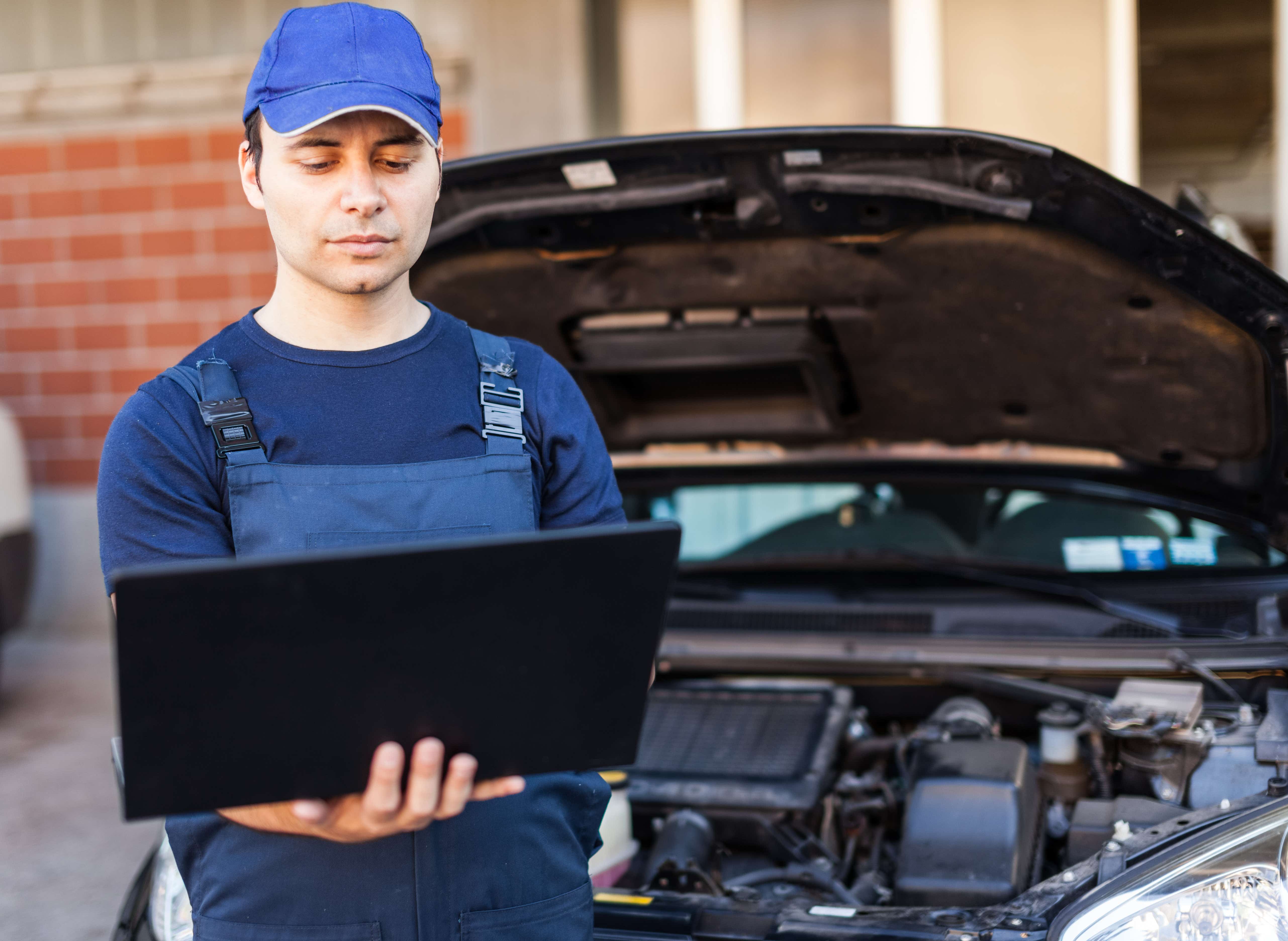 What is car remapping – does it work and what do I need to know?

What is car remapping or car chipping?

Engine remapping is a bit like a software upgrade. Changes are made to your engine’s black box (or ECU) via a software file or ‘map’.

The ECU is crucial as it takes decisions about how your engine works – ignition timing, fuel and boost pressures. It’s the key to remap modifications, potentially changing the ‘personality’ of your engine.

But what are the remap risks – and could they hit your insurance premium? Also, how do you know if your car is already ‘chipped’? Read on as there’s much to learn before investing in a remap.

Engine remapping – what improvements will work best for me?

To help you make your decision, decide what’s your main performance priority – more power, economy or drivability? All three are possible and not just for your car: many vans, motorbikes and trucks are remapable. Even, yes, tractors.

An ECU remap can be tailor-made to your driving style. It can make your vehicle easier to drive, remove flatspots and boost pulling power or torque.

That’s helpful if you tow a lot. Remapping is not all about outright speed.

So be aware of the ECU disadvantages and pick your supplier with care.

The remap advantages sound great – tell me more about them

Car makers have different performance tolerances for different markets and local conditions. That’s why there’s always some ECU ‘wiggle’ for better performance when a vehicle leaves the factory.

A car remap typically tweaks the fuel-to-air mix, boosting turbo pressure. You could see a 25-35% performance jump in some cases. Most diesel and petrol cars can be easily and safely remapped.

How much does an engine remap cost?

The price of ‘chipping’ your car – not stones flying across the road hitting your paintwork – has got cheaper. Some simple engine remaps can cost as little as £150. But you’ll usually have to pay VAT on top – so beware the headline prices.

Most good quality remaps tend to cost between £200-£350. If your ECU needs removing that will usually cost more. Check with your supplier.

As with much in life, the more you pay the more you get. A rolling road test can give you accurate remap performance data. This data can be emailed to you after the job is finished.

As mentioned, remapping may alter your insurance policy. However, as ECU changes have become more mainstream, the attitude of some insurers has become more accommodating.

What about remap risks and problems – I’m naturally cautious

Air flow sensors, engine turbos and clutches, for example, can become more vulnerable to stress and strain as they deal with higher load stresses. Simple components like brake disks may wear out faster.

Remember, your vehicle’s ECU is specifically set up for your own country’s conditions – its unique temperatures and atmospheric conditions. Even the variation in grades of fuel sold there. So while the factory ECU tolerances can be loose, it’s good for long-term reliability.

Is remapping a car safe?

As long as the remap is done competently, remapping or chipping your car is safe. If your car has got a patchy or poor service history then a remap heightens risk. If your car has a running or intermittent fault, then an ECU remap is also not a good idea.

Some cars are just not built for much more power than they were originally designed with. Do your research and find out as much as you can before committing.

Why not join an online car forum where you can discuss options with other members for free? Most car models have their own online clubs.

Can insurers tell if my car’s chipped or remapped?

You should tell your insurer if you have modified you car, including remapping or chipping. When you take out insurance cover you will be asked a specific question, such as – Is your car modified in any way? So always declare.

A car insurer has a legitimate right to refuse an insurance claim or reduce the payout if an ECU is modified and they’ve not been told. If you increase the performance of your vehicle you increase your risk – and your insurer’s risk. And the other party could claim against you also.

While the chances of being discovered might look superficially low, the repercussions are high. However, you may be surprised by the flexibility of your insurer’s response. Not all insurers bump up premiums for remapped cars.

How can I tell if my car’s been remapped?

Were the alloy wheels badly curbed when you bought it? Did cherry air freshener hang from the driving mirror? Some bad remapping stereotypes hang about, still. In fact, it’s not uncommon for leased cars to get chipped (we’ll come to this shortly).

Some companies still make physical tuning boxes says James Reynolds from remapping company Superchips. “These are literally in the engine bay. You can look there and know they’re there.”

Modern ECU remapping, on the other hand, is invisible. “Quite often we will go to a client and plug into their OBD port [the car’s self-diagnostic system] and discover it’s already been re-mapped.” The only way to tell is by having your car’s ECU ‘read’ by a remap specialist, Reynolds says.

Will an ECU remap affect my car’s warranty?

An ECU car remap puts more pressure, however small, on your car’s components; not just the engine and turbo, but gearbox, clutch, flywheel and some electrics. So getting your car chipped will affect your warranty.

Several car makers offer seven-year warranties, including MG, Kia and Ssangyong. You need to think hard about the implications of voiding a warranty early. This could hit its resale value as some warranties are transferable.

Authorised car dealer diagnostics in the past often struggled to know if an ECU had been tampered with. Things are changing and some dealers are adept at sniffing out ‘mods’.

Can I remap my leased car and what are the options?

It’s technically possible, though you should not do it. Your lease contract will be key here so read it carefully.

Remember, you do not own your leased car and you do not want to invalidate your finance arrangement in any way. At the very least you should discuss the issue with your company fleet manager before acting.

If a high-performance leased car – perhaps worth £50,000 plus – is involved in an accident the insurer may want to read the ECU. Some manufacturers are now encrypting ECUs to prevent remaps.

What standards does the remapping industry have?

Some car remapping technicians will hold a qualification or certification from The Institute of the Motor Industry (IMI). Again, it’s up to you to check.

The IMI is the professional body for those working in the UK car industry. It offers extensive training in engine tuning. If you use a remap technician who isn’t IMI accredited there’s a higher chance of entrusting your car to someone not using up-to-date equipment or investing in the latest subscription updates.

You get what you pay for.

Do I get a warranty with a remap?

You might but you need to check with your ECU remap provider. Some might offer a ‘no-argument’ refund within 7-14 days of installation if you’re not happy with the results. Some may offer a longer warranty.

If a warranty is offered it may not be transferable to a new owner. Also, if your car has done a high mileage before a remap, a warranty may be ruled out completely. The onus is on you to check before an ECU remap is carried out.

Can I remap my car’s ECU myself?

Should you open the bonnet and have a pop at the ECU? It’s possible if you have solid programming experience. Remember, many well-paid and well-qualified engineers wrote your car’s ECU code before it was released for sale.

While open-source remapping resources exist online, the risk of destroying an engine is high for a novice. In short, best to leave this to the professionals. Engines and IT are different beasts. Not many know their way around both.

Oh, and consider your stress levels, especially if you rely heavily on your vehicle to get around.

What’s the difference between chipping and remapping?

Chipping and remapping do the same thing, namely increasing your vehicle’s performance. Chipping is usually a tuning box bolted to the engine bay.

Time has moved on and an engine remap is now more about ‘flashing’ a car’s ECU with new instructions. But the term ‘chipping’ never quite died in the transition.

As cars have got increasingly tech-heavy or ‘smart’, there’s less room for bolt-on options. However, a tuning box can be added – and removed – easily. These are simply the facts

What are remapping stages – do I need to know about them?

This is an area for tuning and remapping enthusiasts. There are basically three stages.

A Stage 1 remap is when your car is modified with no additional changes. A remap works with all your car’s standard stock components and stays within standard ECU parameters. It’s the cheapest and most sensible option for most people. Generally £200-£400.

A Stage 2 remap might require more hardware, such as performance intercoolers or an induction kit. There is typically bigger power and torque gain to be had. From £400.

Car makers want their vehicles to be reliable because they care about their reputations. They also care a lot about their bottom line: making many models in a wide variety of ECU tuning isn’t financially sensible.

Extremes of global heat and humidity means more potential for expensive component failure and warranty claims. Inevitably, some ECU compromise is needed to cope with all these market variables.

Car manufacturers are also under huge pressure to reduce emission levels – or face eye-watering regulatory fines. Pumping up performance figures is simply less relevant. Some manufacturers are even limiting top speed. For example, Volvo now has a 112mph speed limit on all cars sold in the UK.

Is there a remapping ‘mod’ scene?

Things aren’t what they were as far as remapping goes. In some ways the ECU scene has got more discrete as well as mainstream. Many of the remap tuning firms are visible presences in business or retail parks. Or have mobile operations too.

In other words, things have got more suited and booted.

You have to roll back to the nineties to find a visible tuning subculture. Or find a car that’s a good 15 years old or more, allowing you customisation options from simpler engineering.