It's the second year two of the smaller suppliers have been included in Uswitch's Energy Awards, and they've managed to come out on top again

Every year, Uswitch runs an independent Energy Customer Satisfaction Report, surveying more than 5,000 energy consumers. Consumers are asked to give their opinions regarding satisfaction with suppliers across 11 categories: asking them about everything from customer service to reward schemes, transfer processes to meter services.

These 11 categories add up to reveal the "overall customer satisfaction" scores.

Here's how the big six and the two most popular smaller suppliers have fared: 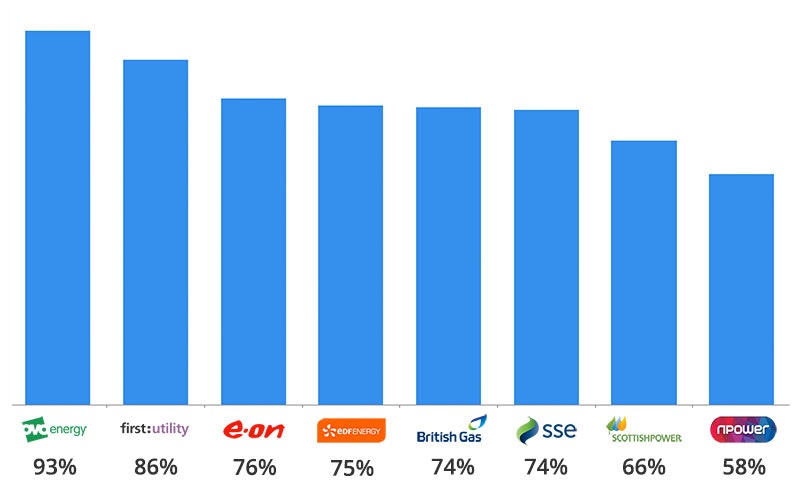 The two smaller suppliers included in the survey, Ovo and First Utility, have come out in the top two spots for overall customer satisfaction, as well as the majority of qualifying categories.

For the second year in a row Ovo has scored highest, with a satisfaction score of 93%; this is the highest customer satisfaction rating ever recorded in the ten year history of Uswitch's Energy Awards!