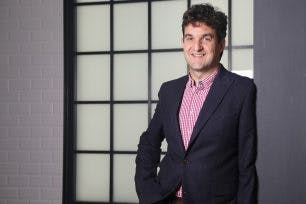 Driverless cars trials are fast becoming a reality, with trials starting this month in selected UK towns and cities. However, almost half (48%) of consumers are unwilling to be a passenger in an autonomous vehicle, according to new research from Uswitch.com, the price comparison and switching service.

Consumers have deep concerns over road safety with no one behind the wheel.  Four in ten (43%) would not trust an autonomous car to drive safely, jeopardising the welfare of drivers, cyclists and pedestrians. And despite trials being well under way in countries including the USA, Japan and Sweden, 16% are actually ‘horrified’ by the idea of driverless cars being allowed on British roads.

With an overwhelming 92% of consumers feeling in the dark about the Government’s £19 million introduction of driverless cars, the new research also reveals widespread confusion around who would pay in the event of the crash involving a driverless car. Almost a third (30%) believe that joint responsibility lies between the ‘driver’ of the autonomous car and the third party involved in the accident – while a quarter (26%) would place the blame solely on the autonomous car manufacturer. 18% would hold the person at the wheel of the autonomous car accountable for the accident.

There are also concerns over the cost of introducing driverless cars, with over a third of consumers (35%) expecting them to drive up insurance premiums. Only 8% believe their premiums would significantly fall, regardless of the Government’s claims that autonomous vehicles will improve road safety.

Despite the country’s reservations, there is some support amongst the British public for driverless cars. Almost a fifth (19%) see the introduction of autonomous vehicles as a positive move to help solve pointless hold-ups and tedious traffic jams and a further fifth (18%) are excited about the technology featuring on Britain’s roads in the coming years.

Rod Jones, Head of Car Insurance at Uswitch.com, says: “We may be years away from driverless cars outnumbering traditional vehicles on British roads, but it’s clear motorists are already questioning the impact they will have on their lives. With human error accounting for around 90% of road accidents, the potential safety benefits of driverless cars are significant and they should have a positive impact on car insurance premiums.

“However, confusion is still widespread and it will be vital for the Government and the insurance industry to clarify the issue of liability over the coming months if driverless technology is to receive the widespread public support it deserves.”

Research carried out online with the Uswitch.com Consumer Opinion Panel in December 2014 amongst a sample of 953 GB adults.