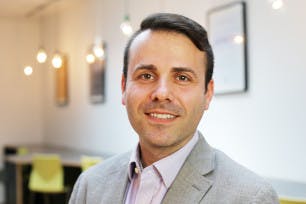 Over a million young people in the UK are trapped in a vicious circle of credit applications and rejections, having been turned down more than five times by banks or credit card companies. This is driving them to payday lenders or pawn shops, as many don’t understand the implications of applying multiple times, according to new research from Uswitch.com, the price comparison and switching service.

The findings reveal that nearly a third of those who have applied for credit in the UK (32%) were turned down, rising to 57% for young people aged 18-34. These young people are most likely to apply for credit multiple times, with nearly two thirds (65%) of those who have been turned down having been turned down more than once and 25% being turned down more than five times – equating to over a million young people. Any application for credit appears on your credit report, and several made in quick succession says to any prospective lender that you are having difficulty in securing credit – so they’ll be less likely to lend to you.

This vicious circle of credit applications and rejections is driving more young people to borrow from unscrupulous lenders than any other age group. 40% of young people who have been turned down for credit said they were forced to take out a payday loan when turned down for credit, compared to just 26% of all other age groups. In addition to this, more than a third (36%) also said they’ve turned to pawn shops or cash for gold services, compared to just 21% of everyone else . And if they are unable to repay loans from these lenders, young people will be facing an even bleaker future with more black marks on their credit report.

With young people now finding it harder than ever to get on the property ladder, many believe that it’s not as necessary to know their credit score as they aren’t applying for mortgages. Nearly half (49%) of young people who hadn’t checked said they had never applied for anything which needed a credit report. However, respondents were unaware that their credit score can affect them in other ways. 54% of 18-34 year olds asked were unaware that their landlords have access to their credit report, and 74% unaware that prospective employers could have access.

The findings also reveal that the costs associated with checking credit reports are preventing young people taking action. A third of young people (33%) who don’t know their credit score don’t want to pay for the information but if the report was free, 93% said that they would check it. This is why Uswitch.com has launched It’s My Report calling for a fairer approach to the way credit reports are created and shared in the UK.

David Mann, Head of Money at Uswitch.com, says: “Young people are blindly reapplying for credit again and again but don’t realise the consequences this scattergun approach has on their finances. To break the endless cycle of credit rejections, they need more information about why they’re being turned down and what they can do about it.

“Although it’s disheartening when you’re rejected for credit, it’s important not to reapply straight away but take stock of your situation and find ways to improve it. By checking your credit report before applying or running a soft check with lenders to see if you’re likely to be approved, you can avoid those black marks on your record and build a strong score. This is why thousands have signed It’s My Report already, calling for credit reports to be free, fair and fit for purpose.

“A poor credit rating could be the final nail in the coffin for young people who are already facing tough decisions – struggling with rising living costs and the challenge of getting onto the housing ladder. Being rejected by banks is driving many to payday lenders with extortionate interest rates, or to pawn their belongings just to make it to the end of the month.”