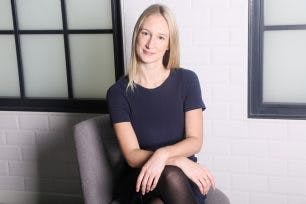 UK homes have paid out over £787 million in unexpected repair bills over the last year, according to new data from Uswitch.com, the price comparison and switching site.

A fifth of households (18%) – almost five million – have experienced at least one boiler breakdown in the last 12 months. The research found that the average repair bill for these breakdowns was £270, adding up to a collective estimated spend of £787 million. But, for almost a quarter of a million households (5% of those experiencing a breakdown) the cost to fix the boiler was more than £1,250.

To cover the cost of an unexpected boiler breakdown, more than half of households (52%) say they would rely on their savings. However, 3.5 million homes (13%) say they would use credit cards or take out a bank loan.

To protect themselves against an unexpected repair bill, Uswitch is calling on consumers to consider taking out boiler cover or making sure they are covered by their home insurance policy. If you do find yourself having to pay out for your boiler, using a 0% purchase or 0% money transfer credit card can help you spread the cost over a number of months.

Emma Bush, Uswitch.com energy expert, says: “It’s easy to take a working boiler for granted, but when things go wrong it can be expensive to fix – not to mention leaving you and your family shivering through a period with no central heating.

“With consumers already facing energy price rises in the coming months, the sudden shock of having to repair a broken boiler – possibly costing over a thousand pounds – could deliver a tough blow to household finances.

“To give yourself some peace of mind and protection against boiler bill shock there are different options available to suit every household. If you are concerned about your boiler and it is over six years old, boiler cover with an annual service could be a good option for extra peace of mind.

“Some home insurance policies have boiler cover included so check yours to see if you are already covered and maybe consider a more comprehensive plan if you aren’t. If you do find yourself caught out with an unexpected and unbudgeted repair bill you can use a 0% purchase credit card or, for those times you do need to pay in cash, a 0% money transfer card – to give yourself some breathing room and spread the cost over a few months.”

Research was conducted online by YouGov between 27th October and 1st November 2016, among 5,028 energy consumers (aged 18+).