Google Home Hub review: the smart display you need in your home

With so much tech vying for our time, attention and money, it’s not always easy to tell the difference between a gimmicky gadget and something that’s genuinely useful.

Luckily, the Google Home Hub fits firmly into the latter category. Even if you’ve already got a smart speaker, it’s worth considering Google’s latest offering. 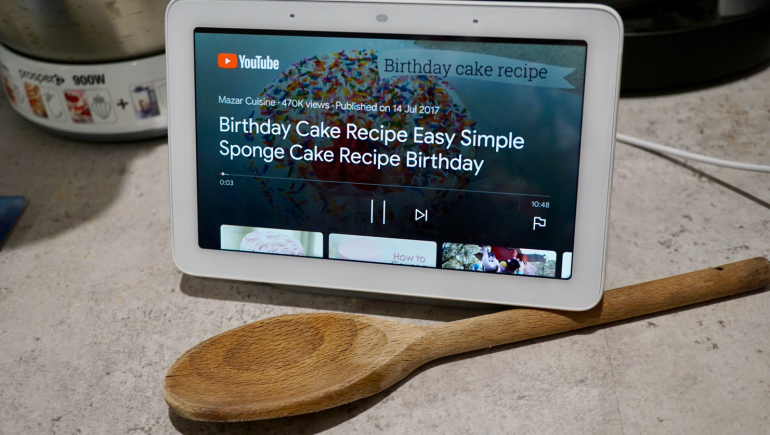 Unlike its previous home products, the Google Home Hub has a screen, meaning that you can use it to watch videos, view the weather forecast and browse through your photos.

To those of us who make do with our smartphones for all such things, this may not sound all that exciting. But if you’ve already got used to the ease and convenience of having a smart speaker in your home, you’ll know that completing tasks by voice command alone can be problematic at times.

So, if you’re sick of having to do everything on your Google Mini using voice commands and the app on your phone, the inclusion of a screen on the Google Home hub renders this first-world problem a thing of the past.

And because it’s made by Google, it already comes with YouTube built-in. So there’s no need to delve deep into the web browser to watch a video.

Of course, the app doesn’t work perfectly. But if you’re looking for something fairly mainstream to watch, like The Killers’ latest music video, or a step-by-step guide to making avocado on toast, you’ll likely find what you’re looking for straight away.

If you’re after something a little less conventional, however, like a recording from a live concert you went to ten years ago, it might take a big of digging. And this process, I’m sorry to say isn’t all that user-friendly, mostly due to the fact that the unobtrusive 7 x 4.5-inch display can only fit a maximum of three videos on it at a time. So you have to do a lot of scrolling to find what you’re looking for.

Still, in a world where YouTube on smart speakers has never really been a viable option before, we’re just happy that it’s here and it works as well as it does.

The device itself has a stylish yet understated design that can blend unnoticed into almost any room. And Google is keen for users to take their Home Hub all over the house. If you’re feeling so inclined, it certainly feels durable enough to have on your kitchen work surface, while the backlight is soft enough to go in your bedroom without disturbing you.

In fact, the Home Hub will automatically adjust the brightness of the screen, depending on the lighting conditions of the room. So if it’s stood by a sun-soaked window, it’ll up the brightness so you can see the screen. Or if you turn down the lights in the bedroom, the display’s brightness will drop.

Not only that, but the ‘Ambient EQ’ feature will kick in, which dials down the blue light output in darkened rooms, so the glare doesn’t hurt your eyes. And the display will become almost invisible when you turn the lights off altogether. So there’s no need to worry about the Home Hub keeping you up at night.

Google Assistant and other apps

Of course, not many of us have anything like that many smart products, but it’s no doubt an investment that will become increasingly important as we move ever closer to the Internet of Things.

But, even with my household’s limited range of smart products, it was easy to see the benefits of the Google Home Hub. It lets us in the house with our smart doorbell, we’re able to control the thermostat and security camera using voice commands and it displays useful videos and information on the screen.

As you’d expect, the Home Hub also has the full range of Google apps available, from Photos and Calendar, to Gmail and Google Play Music. But it also works with third-party apps, such as Uber, Spotify and Deliveroo.

The voice assistant is powered by Google’s unbeatable search engine, making it far smarter and more intuitive than Amazon’s Alexa. Ask Google anything you want and, provided it understands your voice, it’ll give you the correct answer instantly.

Smart speakers tend to give you a visual clue to show they’re listening. In the case of the Home Hub, four coloured dots appear in a white box at the top of the screen while you’re talking and it displays the words you’ve said to check it’s understood you correctly. If only my boyfriend came with a similar feature.

As if this wasn’t already helpful enough, you can train the Home Hub to only respond to certain voices. So if you’ve got over-eager guests or young children around, you can make sure Google won’t respond to them.

How the Google Home Hub compares to other smart displays

Smart displays are still a relatively new thing, with the Amazon Show being Google’s main competitor.

At £139, the Home Hub undercuts Amazon’s offering by £80. And it has a smarter, more intuitive assistant that almost always gives you the answer you want on the first try.

So how does Amazon justify charging so much more for its smart speaker? Well in short, the Amazon Show comes with a camera that you can use for video calls, and the Home Hub doesn’t.

Google understands that most people are concerned about privacy and data protection and it wants the Home Hub to be welcome in any room in your house. So it deliberately omitted the camera in a bid to make users feel safer. And, considering the current climate, it’s a probably a sensible decision.

For one thing, we never found the Show’s camera all that useful. After all, if you want to make a video call, it’s much more convenient, and better quality, to use your smartphone. Either way, you certainly don’t miss having a camera. And if it makes it £80 cheaper, we’re all for leaving it off. 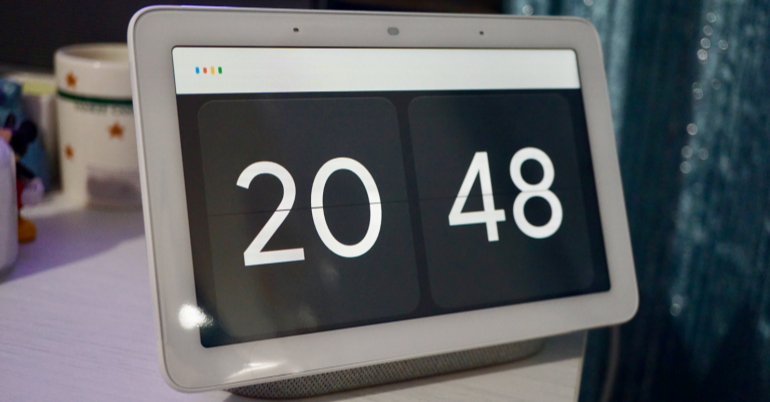 If you’ve ever wished your smart speaker could play YouTube videos or you want to see what your assistant’s talking about, then the Google Home Hub should be top of your Christmas list. And if you’re looking to buy your first smart home product, this is the easiest and most intuitive one we’ve tested.

At a very reasonable £139, the Google Home Hub delivers everything you’d want from a smart speaker. Google’s voice assistant is the smartest you can find and the unobtrusive screen makes every app more useful.

While the speaker isn’t loud enough to replace the need for a proper sound system in your home, you can still ask it questions and hear its response when you’re in a different room.

Convinced you need one? Buy the Google Home Hub.