Despite the US trade ban that prevents Honor from using Google Services, the Chinese brand hasn't stopped its regular release of budget-friendly smartphones. 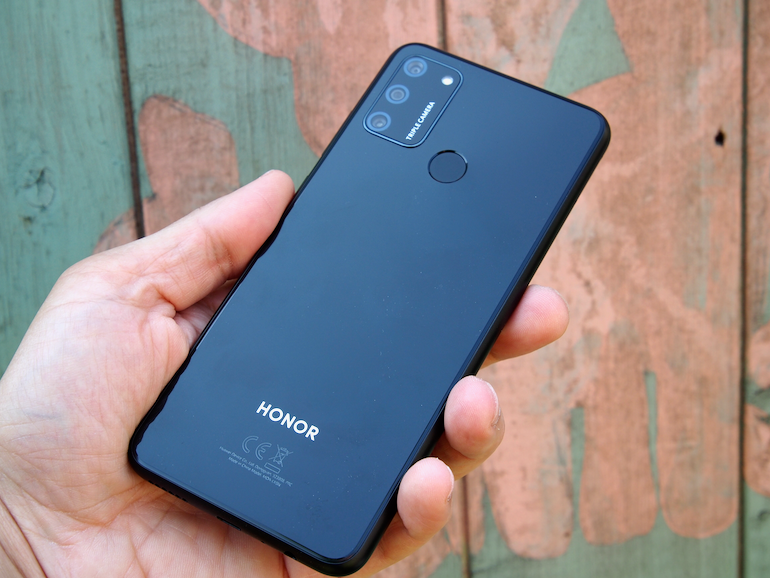 The Honor 9A lacks the eye-catching layered-glass we observed on the more upmarket 9X Pro.

The Honor 9A, especially in its black version of our review unit, has a basic, understated design. The matte-black plastic frame has a solid, sturdy feel to it. 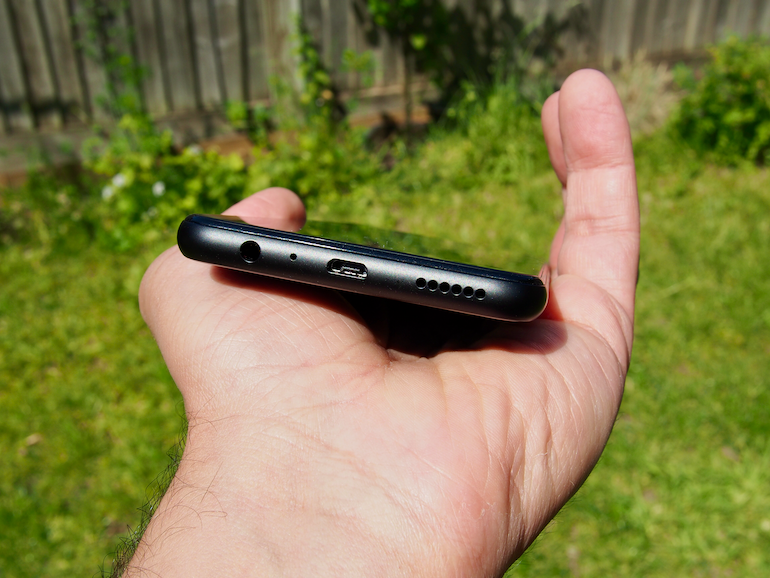 The Honor 9A makes use of the micro-USB socket, but that means no fast charging support. You get a headphone jack though. Good news if you're not keen on Bluetooth headphones 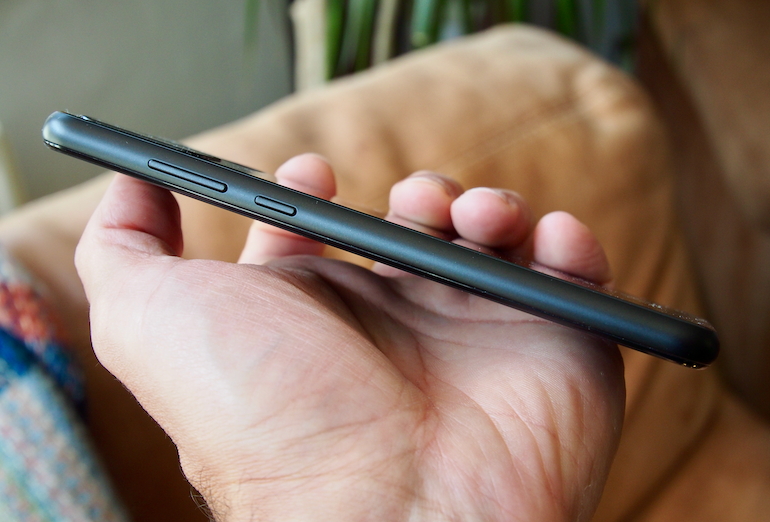 Despite the plastic construction, Honor 9A feels well put together. It is thicker than average, at 9mm, but its lightness balances that. 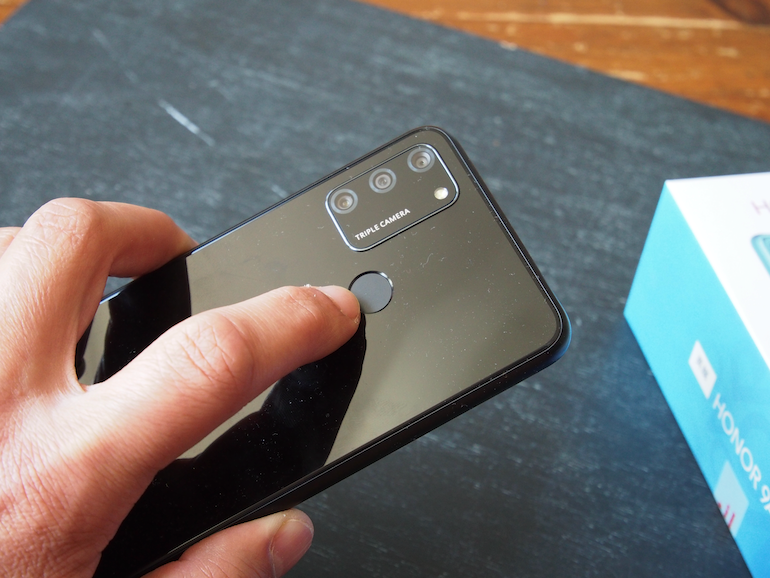 Honor hasn't settled on a standard position for the fingerprint sensor: sometimes it's on the side and sometimes, like on the Honor 9A, it'll be at the back.

Can you call a 6.3-inch screen medium size? In 2020, you can! With average screen sizes now regularly exceeding 6.5-inches even on budget phones, the Honor 9A feels compact. The LCD screen makes good use of the available space but it's not edge-to-edge as more expensive phones. It also has a small notch at the top to host the selfie camera.

The IPS LCD has a relatively low resolution at 720x1600, but this is no surprise for a phone expected to retail at under £200. A pixel density of 278ppi also means that you won't get an immersive experience with games or super smooth text rendering. Yet, it is more than enough for social media and online shopping. 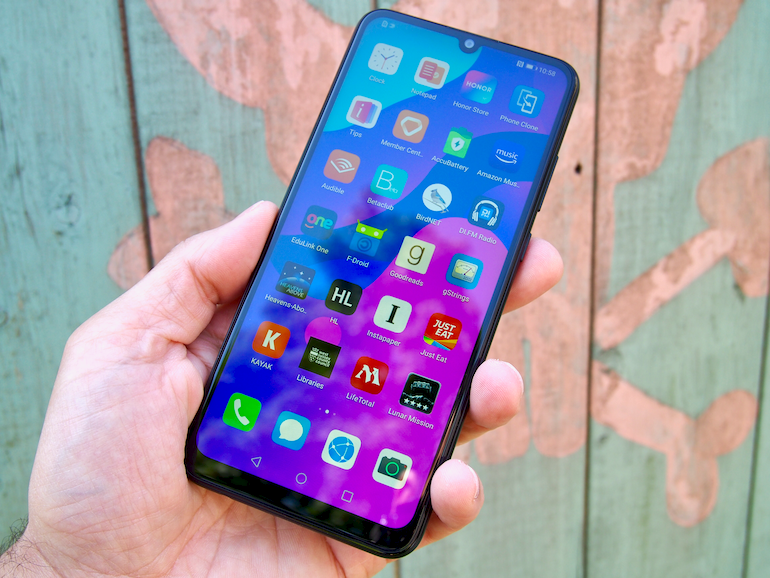 LCD screens cannot compete with more expensive OLED when it comes to brightness, but unless you're using it in full sun, there is plenty of it for most situations. 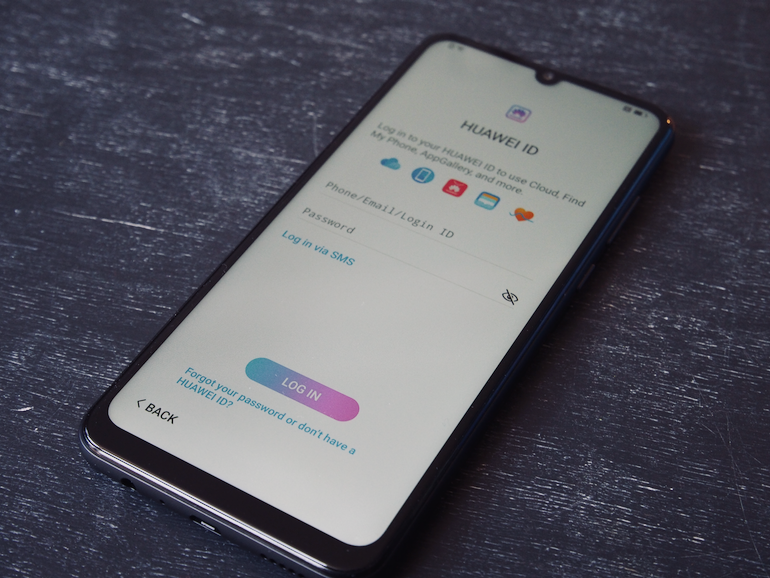 The Honor 9A comes fitted with the Helio P22 processor. This is a common choice for budget devices, and you'll find it powering the lower range phones of better-known brands like Samsung or Sony.

It has in-built graphics processing and supports basic AI tasks like face recognition and Scene detection for photography.

Magic UI, the interface developed by Honor and running on top of Android 10, has now reached a good level of refinement with well thought out system customisation and useful utilities like management.

Of the pre-installed utilities, the ones that stand out are Battery Power Management - an essential tool that you can access from the Preference panels - and the FM radio which, thanks to the built-in antenna, can be played from the speaker without the need of planning. 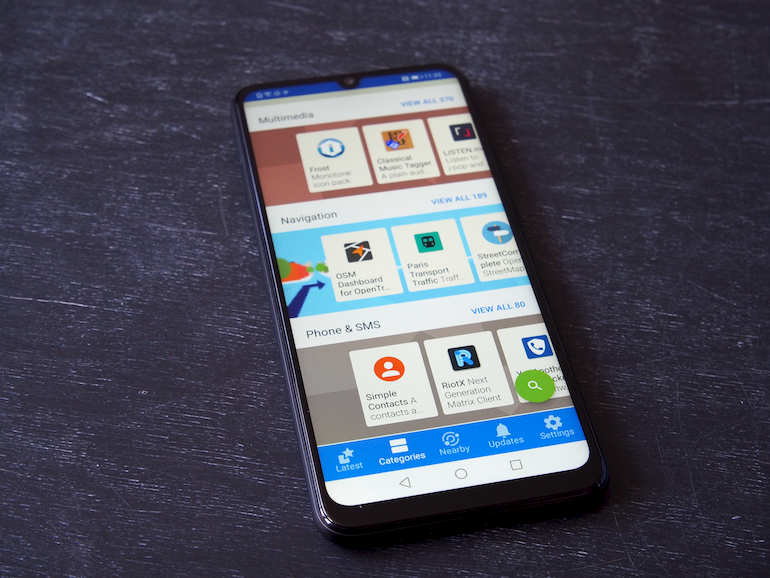 F-Droid is an app store dedicated to open source and ad-free apps. 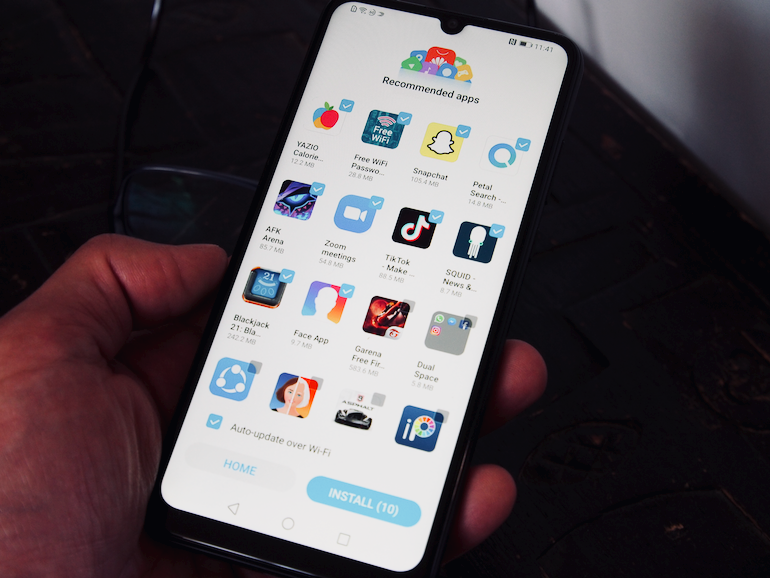 The Huawei app gallery features plenty of apps including some big-name in games and social media.

What you will not find, however, is any support for Google Play services, which means no Google Play Store. The Huawei App Gallery, pre-installed on the Honor 9A, offers a wide selection of games but is still lacking the presence of more established brands and personal finance.

An alternative is F-Droid, a repository of free and open-source software that is a treasure trove of ad-free productivity apps, but you're unlikely to find your bank's or supermarket's smart shop app. 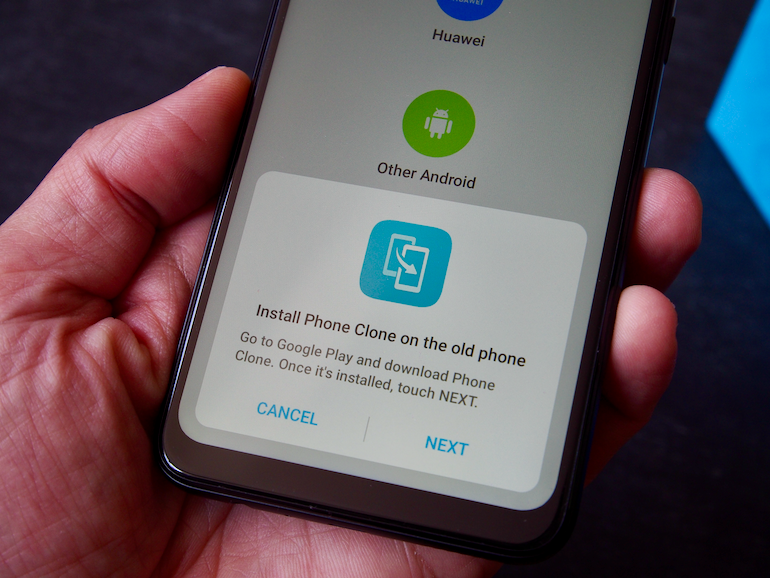 Phone clone will allow you to transfer all your existing apps from your current phone to an Honor device. It is a way to obtain apps purchased from the Play Store, but I have found that the process is not without its flaws. 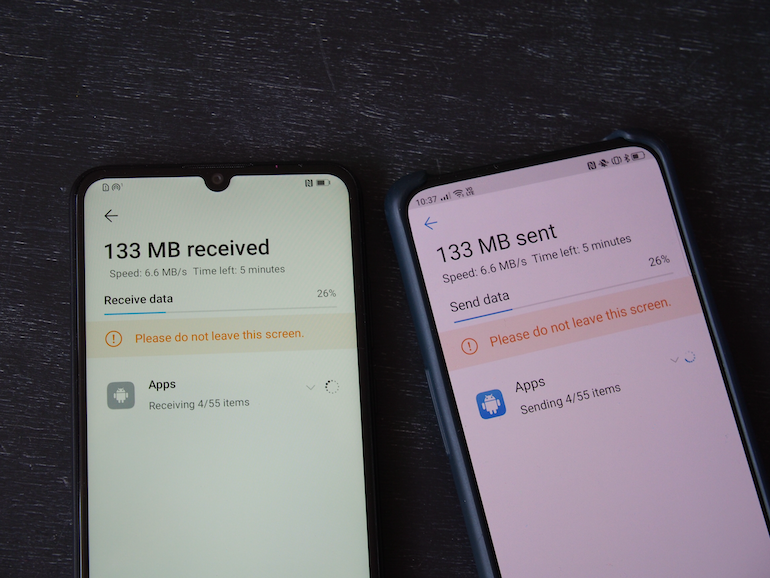 Phone calls records and text messages will be transferred without a glitch, but apps will appear as a clean install without your existing data. 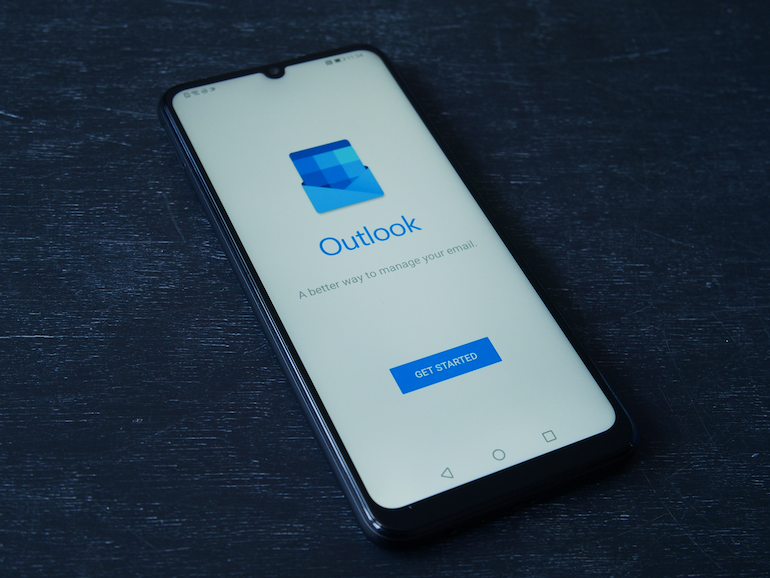 The lack of Google Play Store can be a deal-breaker for many, but there are plenty of alternatives if you don't mind to compromise

The battery is the stand out feature of this phone. With a giant 5,000mAh, this power pack is one of the biggest you'll find on any phone and Honor claims 32 hours of Videos and an incredible 65 hours of call time.

The battery life claim is credible given the screen is not very demanding and, in our combined test, the Honor 9A proved more than capable of taking you to the end of the day without worrying about power. A two-hour YouTube video played at full resolution and sound through the speaker used up around 8% of battery, and it took a further 4 hours of use, including plenty of internet browsing, to use up an additional 5% of charge. 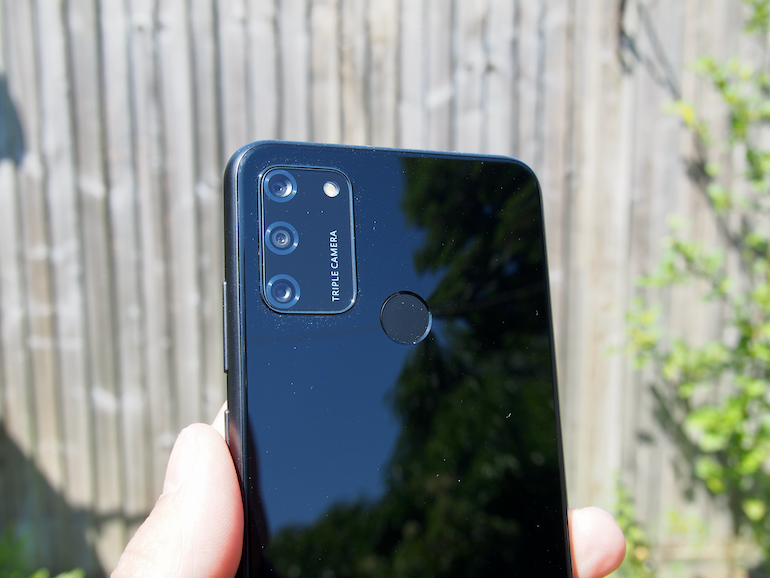 Three lenses at the back. Only the main camera produces sharp results.

You'll find three lenses at the back of the Honor 9A. A standard 13 MP wide-angle, a 5-megapixel ultrawide and depth of field sensor.

There are clear limitations when it comes to picture quality. The primary camera can produce vivid colours, and, with balanced light conditions, results can be surprisingly good. I was particularly impressed by the auto-sharpening that goes a long way to retain a high level of detail for close-ups. However, scenes with large variations of light such as sunny spots next to dark, shaded areas can reveal the limits in dynamic range.

Unsurprisingly, the Honor 9A suffers significantly from this limitation, so makes sure you pay attention to tap on the preview screen to select the best spot for the exposure metering.

High Dynamic Range (HDR), available in the "More" menu can go some way towards improving the colours of the shaded areas, but the overall results can look somewhat artificial.

To Honor's credit, the camera doesn't overpromise by offering the many extra shooting modes we've often seen elsewhere. It only includes "Aperture", to give portraits a soft-focus background and "Beauty Mode" which is best avoided.

Pinching the preview screen will toggle the wide-angle lens. The 5-megapixel secondary camera is considerably lower in quality than the primary one. Less bright, with more noise but, more importantly, it adds some visible distortion to the edges of the picture. 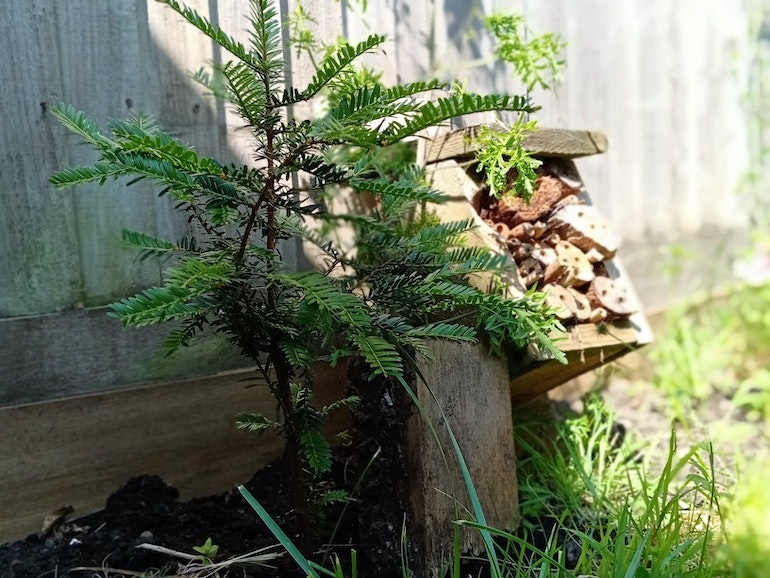 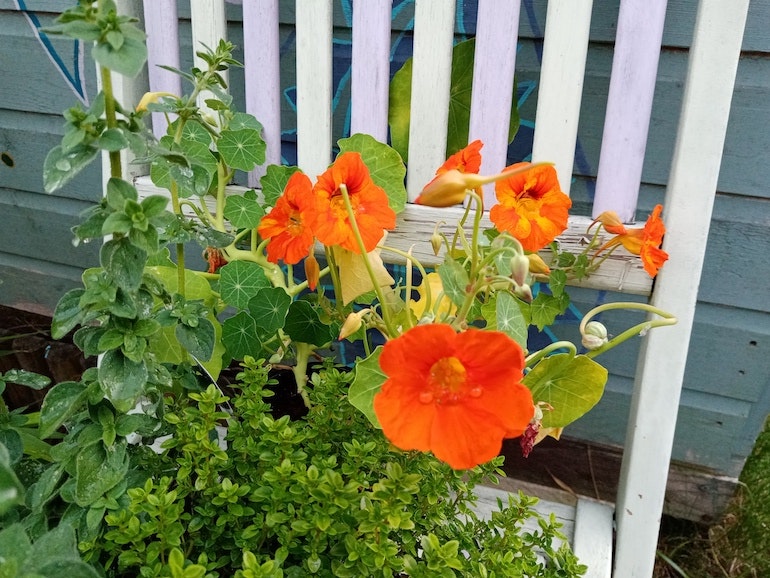 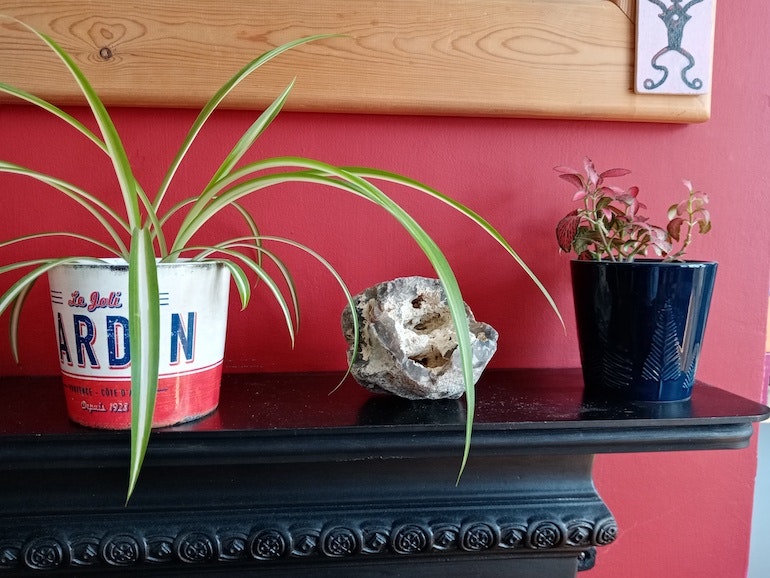 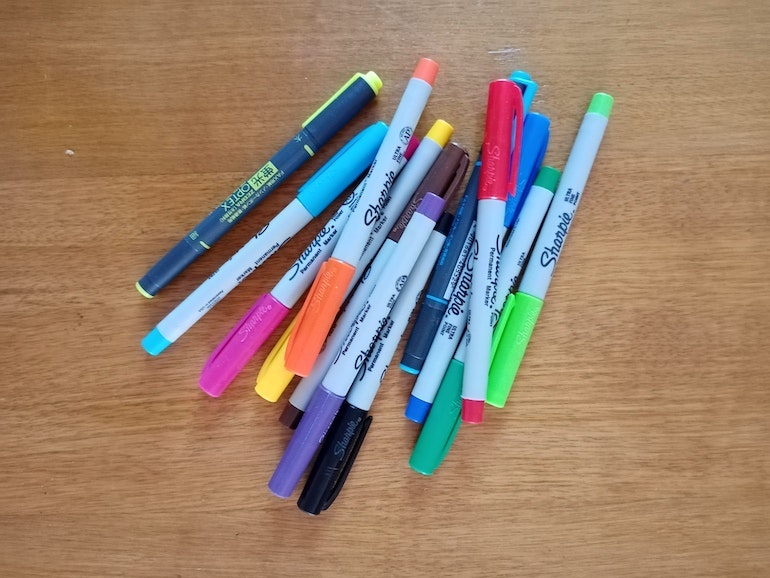 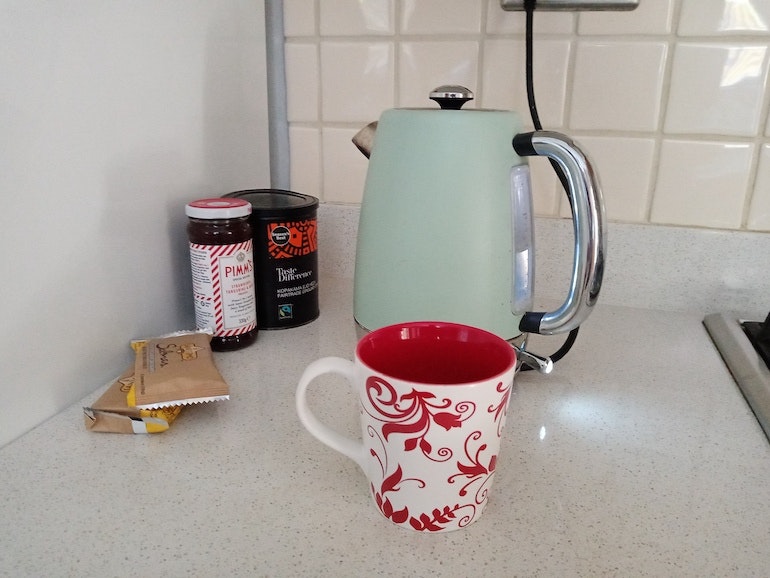 The main camera can produce impressive results in the right conditions with vivid though sometimes oversaturated colours. 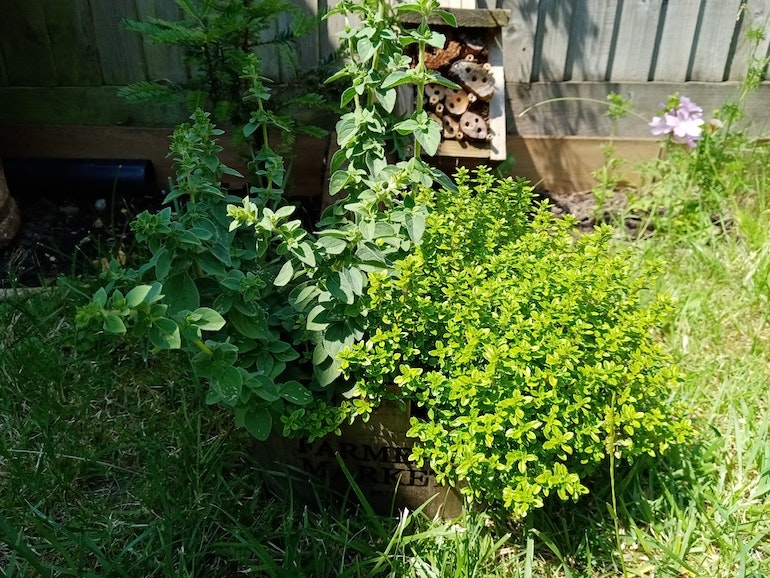 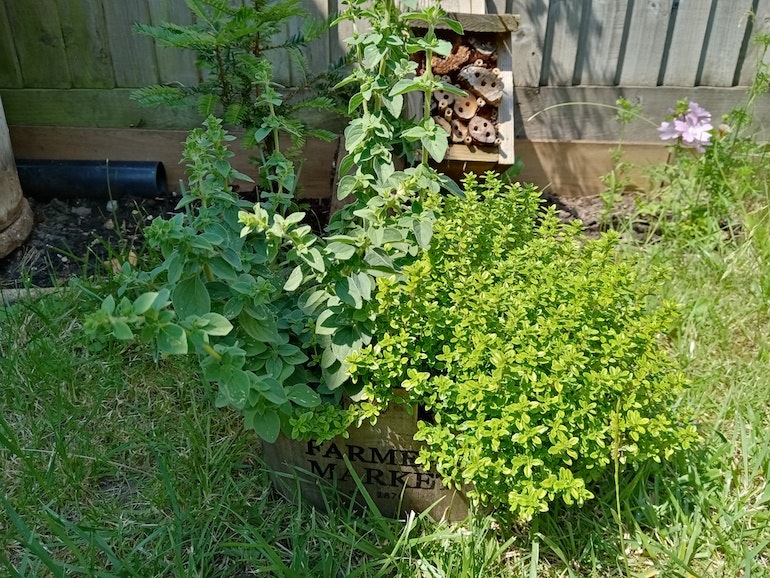 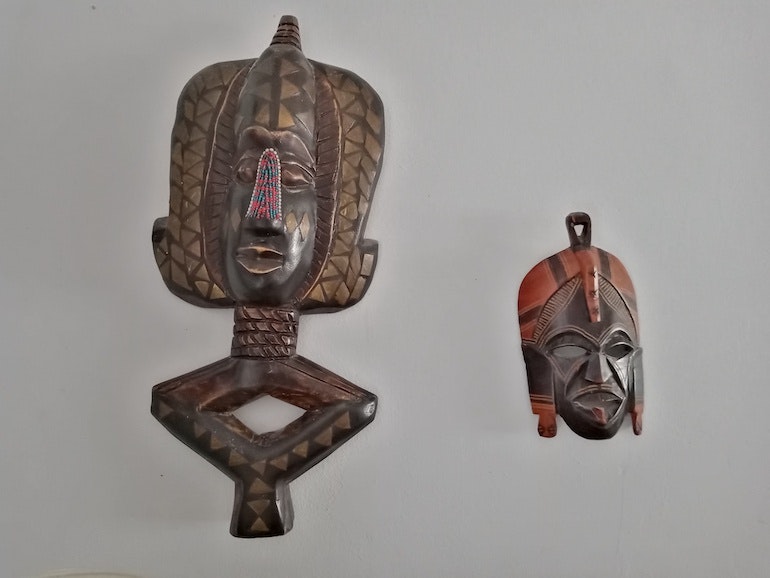 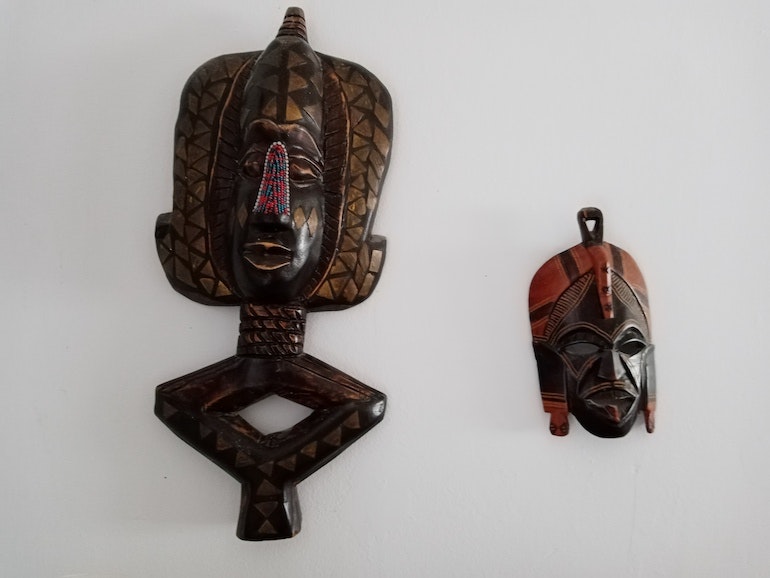 Two examples that illustrate the effect of the HDR mode 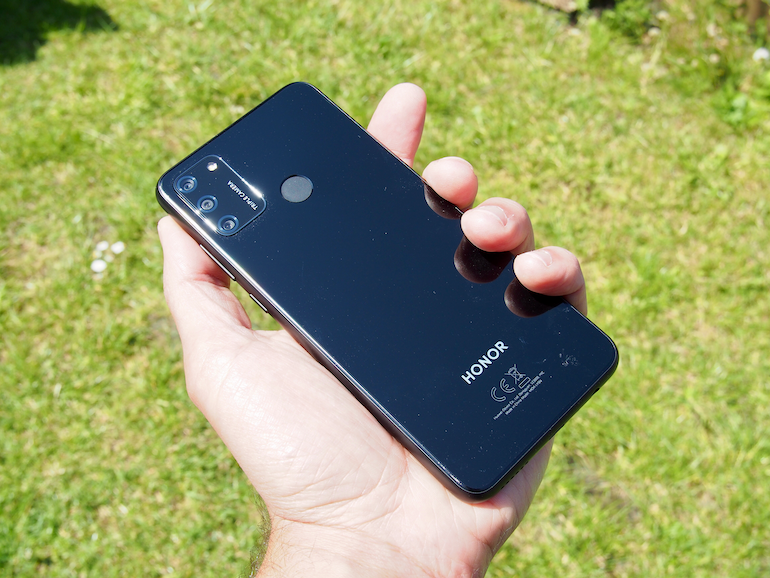 A great looking phone no doubt but with limited market appeal

Long battery life, a compact format and no-nonsense camera would make this a very good buy for people looking to spend as little as possible on a smartphone. The lack of Google Play Store is an issue, but if you can look past that you get a very good budget handset.