Honor phones never disappoint. Beautifully designed and incredibly affordable, they make the perfect phone, particularly for a younger user. The Honor 9X Pro, however is the first model released in the “post Google Play” era and the lack of some apps may be a dealbreaker and blight what would otherwise be a winner among budget phones with large screens. 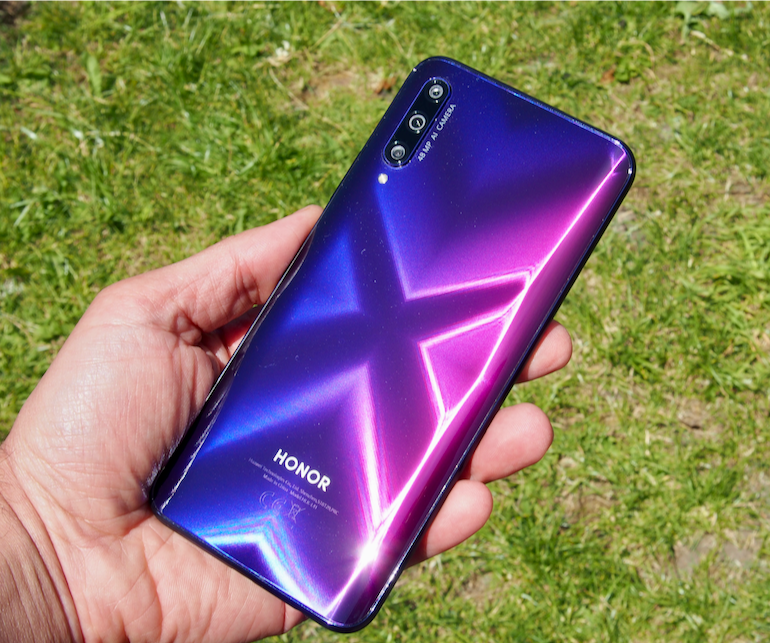 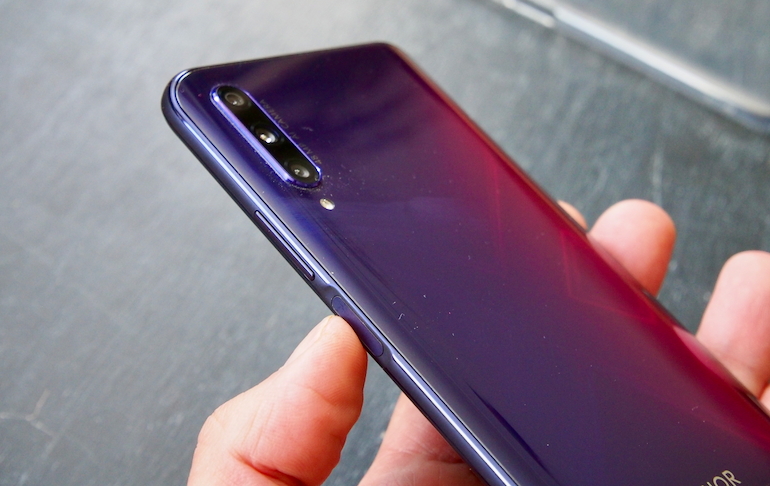 The fingerprint is located on the right-hand side. It's fast and reliable and doesn't take long to get used to. The sensor also doubles as a power/standby button.

At first look, this new iteration of the still impressive Honor 9X differs little from its predecessor. Apart from the side-mounted fingerprint sensor, it has the same dazzling looks that have become Honor's signature style.

Our review unit has the "Phantom Purple" glass back. The layered glass is designed to make an "X" pattern that, unless hit by an intense light, is generally quite subtle.

A "Midnight Black" version is also available for the less adventurous, but I'd advise anyone to go for the purple. The elegant colour layering gives this device a more distinct, refined look that creates the impression you're getting more than your money's worth.

The location of the fingerprint sensor is the only significant physical difference introduced with this new model. Honor has moved the sensor from the back to the right-hand side of the device.

This location may feel jarring at first, but it only needs a little getting used to. The only small disadvantage is that it works best when registering all your fingerprints. Which means that, no no matter how you handle it, the phone will likely be unlocked as you pick it up.

Like its predecessor released last year, and only a few other phones on the market today, the Honor 9X Pro has an edge-to-edge display. The generously sized 6.6-inch screen has wide, round corners that follow the whole contour of the body and is unmarred by notches or camera punch holes.

The approach adopted by Honor to avoid upsetting the display's clean lines is that of a pop-up selfie camera. The motorised module, located at the top of the device, appears only when needed.

Durability and shock resistance can be a bit of a sore point for lower-end devices. The glass used is generally a lower strength compared to the likes of the Huawei P series and the Samsung Galaxy. So protecting it with a case is a must.

The display has a 2,340x1,080 resolution with a 391ppi pixel density, making it a fantastic screen at this price point. However its brightness does fall slightly behind some of its more expensive rivals, but that's only to be expected.

Colour reproduction is accurate and can be tweaked to your liking thanks to its customisable colour options. By default, the phone will have a 'Vivid Colour' setting. But the livelier colours can be tiring so I'd advise you to switch it to the warmer 'Normal Mode' in the Display Settings.

Despite the impressive performance, you won't be able to use the screen to watch Netflix as its app and streaming format are not supported. Given the lack of support for Google Apps, there is no YouTube app.

And while the site can be accessed through the browser, full screen, edge-to-edge viewing is not supported. Amazon Prime Video, on the other hand, will run fine via its app.

The Honor 9X Pro comes with Honor's EMUI System running on top of Android 9 Pie. Although Honor has given no clear indication whether an upgrade to Android 10 will be supported, this is likely given the high specs of the device. 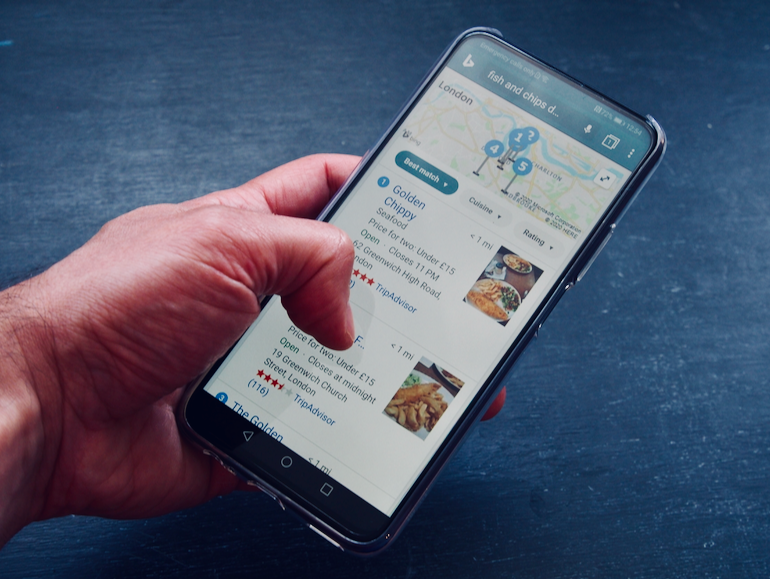 Microsoft Bing is pre-installed as well as a number of Microsoft services. Microsoft OneDrive is the best alternative to Google Drive. There is no app available on the Huawei store but it can be accessed via the browser.

The one thing we can be sure about is that the support for Google services is unlikely to come back to any Huawei/Honor devices any time soon.

If you're heavily invested in the Google ecosystem, the plunge to Honor may come as a shock. But there are a few good alternatives for Google Apps like HERE WeGo for maps and Opera Touch for internet browsing. 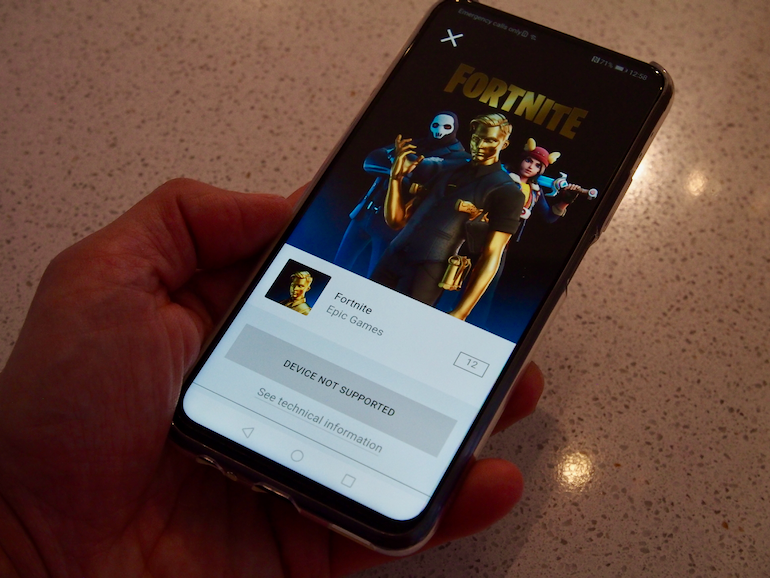 The Honor 9X Pro has limited compatibility with high-performance games like Fortnite.

Third-party storage services like Microsoft OneDrive are also well supported. If you're looking to store your media in the cloud, both Microsoft and Amazon offer excellent alternatives to Google, while Huawei's cloud storage comes with a free 15GB of storage for a year.

The lack of Google Play Store and its choice of vetted apps is, however, the most severe shortcoming of any new Honor device. The alternative is currently the Huawei App Gallery.

This growing app store includes some notable brands like TikTok and Snapchat, but it still is littered with far too many low-quality games and clone-apps to be considered a serious contender at present.

A good alternative is the Amazon App store, which includes great deals if you're a Prime member. It still doesn't include WhatsApp, but luckily that can be downloaded directly from the web and, once installed, both WhatsApp and Facebook messenger will work without a hitch.

Banking and finance apps, on the other hand, are almost absent from anything but the Google Play store. So while you'll be able to complete PayPal transactions via the browser, your UK bank app is unlikely to be offered as a direct download.

The apps and games that do run on the Honor 9X Pro, including Fortnite and some hidden gems like Tank Battle, will take advantage of the most powerful processing unit you can buy at such a low price.

Huawei is notoriously good at releasing devices with plenty of power at their disposal. And the Honor 9X Pro is no exception, making it as powerful as devices that cost at least three times as much.

The 4,000mAh battery makes the Honor 9X Pro a reliable performer that will keep its charge for over a day on average. If for any reason you find yourself away from an outlet, you can enable Huawei's own 'Ultra Power Saving Mode' to squeeze a few extra hours of use.

The only complaint is that while it supports fast-charging, it's nowhere near as fast as some more expensive devices. Yet the supplied 10W charger refills about 25% of battery in less than half-an-hour, which isn't too shabby.

The camera on the Honor 9X Pro is a triple-lensed affair that's identical to the one found on the 9X and Huawei P30 Lite. A decent camera, it includes a primary snapper capable of 48MP and an ultrawide lens that's perfect for group photos. But it does require excellent light and a steady hand as there is no autofocus. 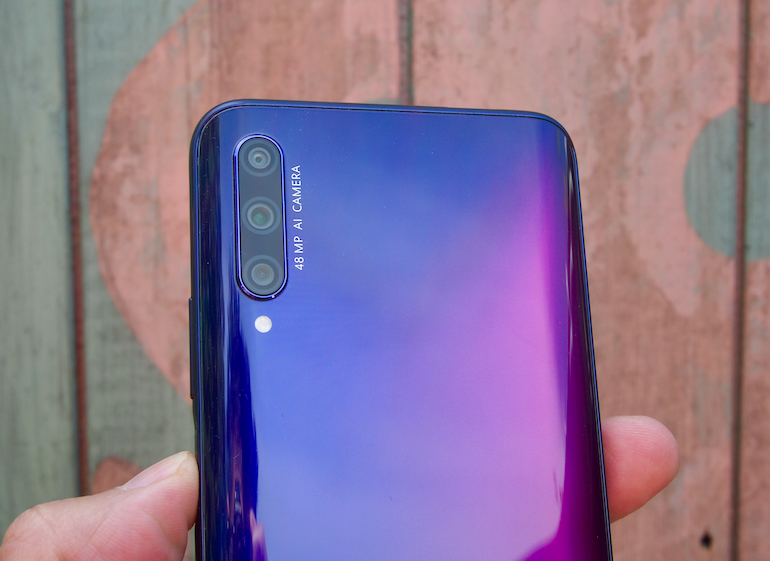 Any mid-range smartphone worthy of the name comes with at least three cameras nowadays. The wide-lens can be useful and the background-blur wizardry works a charm. There's no optical zoom or image stabilisation but that's expected for such a low cost phone.

Indoor images are prone to "watercolouring", an effect in which small details seem smudged and artificial.

The 48MP Mode is limited in its application. In good light and with the AI 'Ultra Clarity' option enabled, results can be impressive.

Like cameras from another age, the 48MP 'Ultra Clarity Mode' takes six seconds to snap a photo so the device must be kept steady. The resulting images have a high level of detail that you're unlikely to find on any other phone that retails at less than £400. And while it is impractical for quick holiday snaps and birthday parties, it's very nice to have.

Portrait Mode, available on both the primary and selfie camera, adds a level of background blur that can be tweaked afterwards. Still, while the rear camera is good enough for Portrait photography, the selfie camera disappoints, mainly when used indoors. Details are muddled and 'Beauty Mode', tends to just makes things look a bit cartoonish. 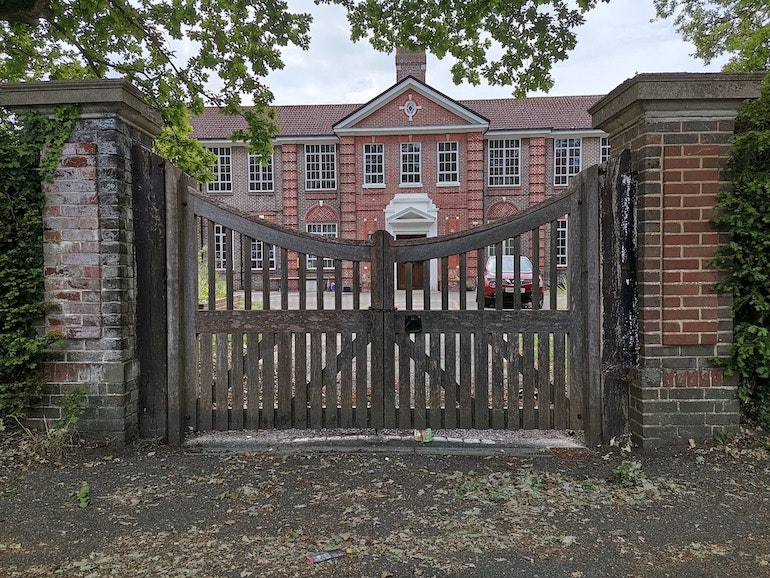 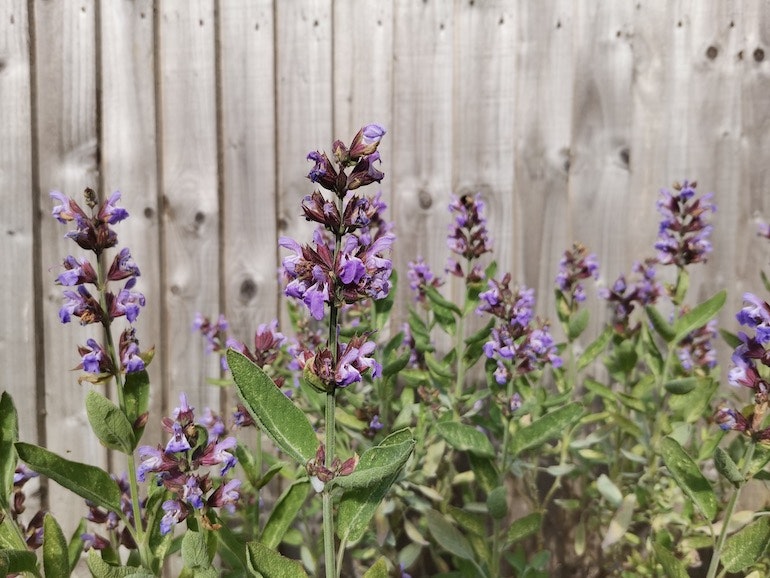 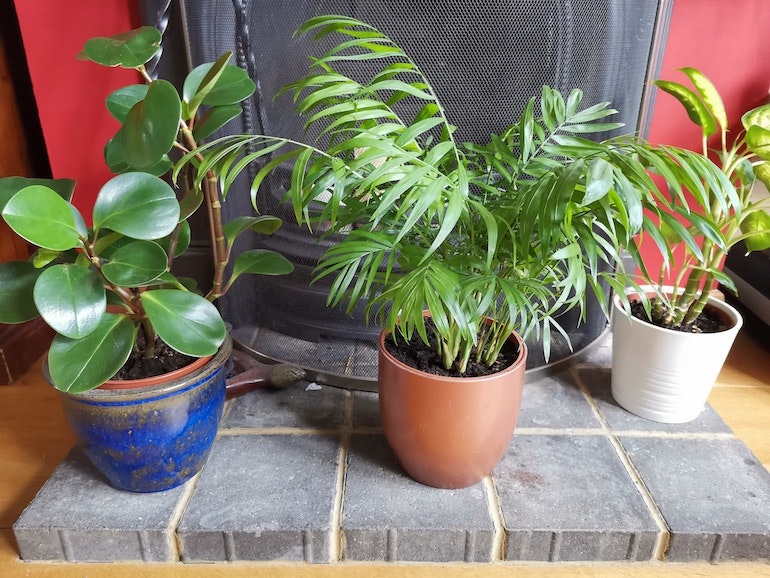 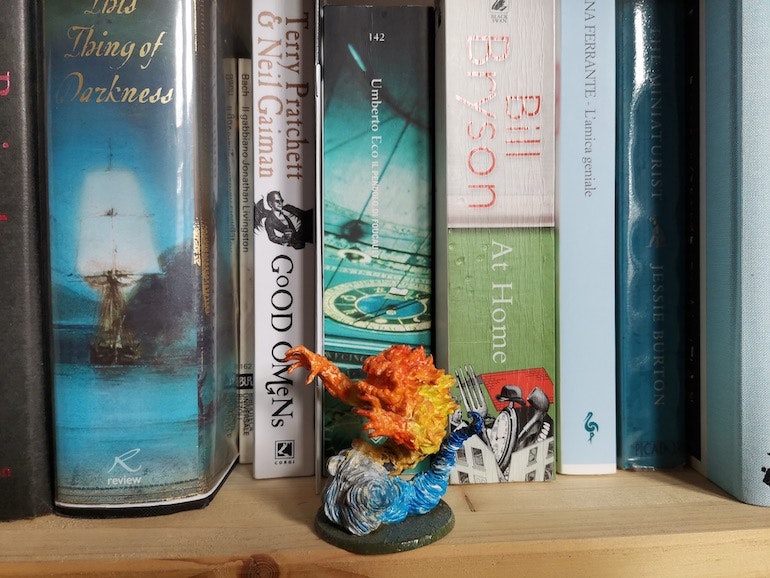 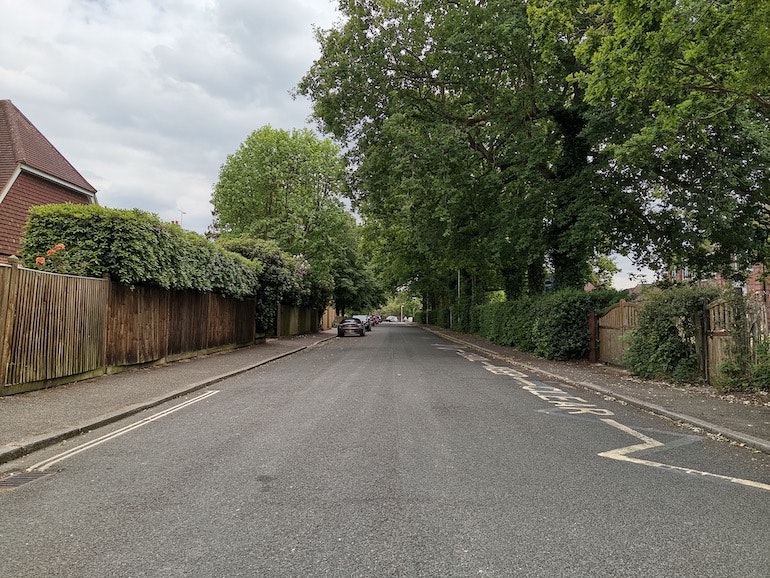 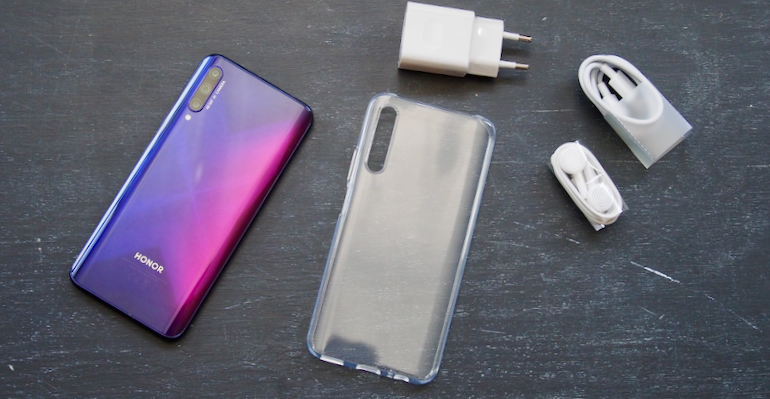 All Honor phones come with a silicone case. It doesn't take away much of the back glass dazzle and it is an essential precaution.

The Honor 9X Pro is a beautifully designed phone with a powerful processor. The camera, while basic in its performance, is far better than any other competitor’s at this price point.

Retailing at £250, this could be a winner for a young audience but the big catch is the lack of Google Play support.

The best alternative is, funnily enough its predecessor, the Honor 9X, which is still available to buy for around £200. Specs are slightly lower but still well above average.

The 9X is almost identical apart from the fingerprint scanner, which is at the back. But most importantly it still has full support for Google Play services as it was released before the Huawei ban came into force.

You can buy the Honor 9X Pro on the HiHonor website.

Check out our review of the Honor Magic Earbuds