It's no secret that Huawei's relationship with Google has hit a rough patch in recent months. But that hasn't stopped Huawei from continuing to release great handsets.

Enter the Huawei Nova 5T: a mid-range phone that has a powerful processor to deliver snappy performance and a camera that gets the basics right. It's very similar to the Honor 20 released in May. But, considering Huawei's recent issues with Android, this is a pretty sensible decision.

And despite difficulties with Android licensing, the tech giant is doing its best to get around the ban by releasing its new smartphones with EMUI 9.1.

This means that you'll still receive all security Android updates, full access to Google apps and services and access to the next version of Android when this will become available. 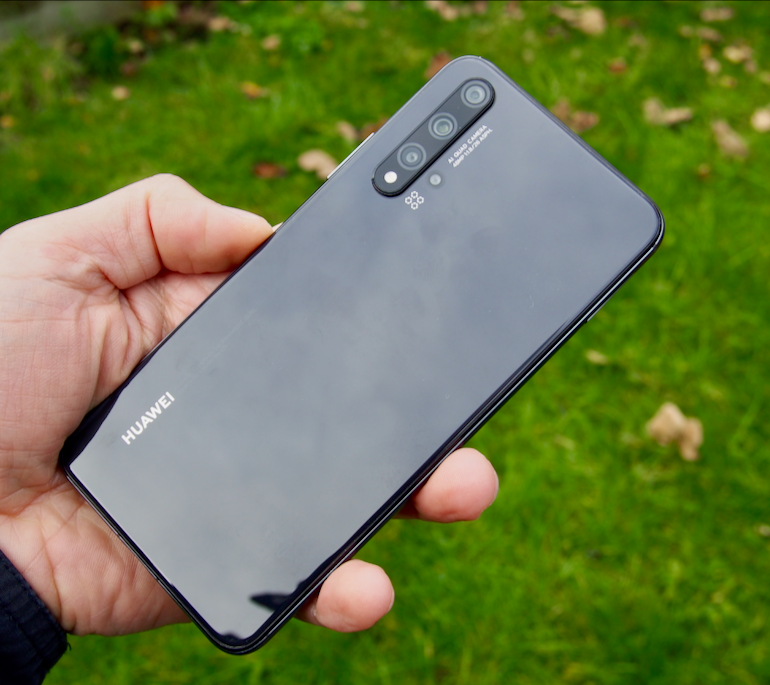 Incredibly compact despite the large 6.3-inch size, the Huawei Nova 5T looks very familiar. Its rounded shape and thick screen bezels reminiscent of the iPhone. The frame is smooth aluminium with a glass back. It’s not Corning Gorilla Glass, but having seen it survive a couple of drops on a wooden floor without a dent to be seen, we’re confident to say the Nova 5T is not a fragile device. But you can always pop it in a case for an extra layer of protection. 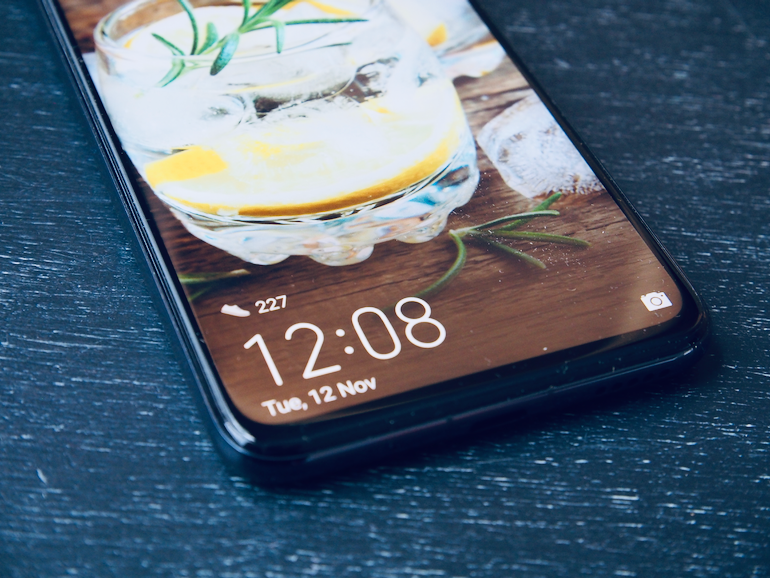 The display is an IPS-LCD screen. Blacks may not be as deep as on more expensive AMOLEDs, but the brightness and sharpness are impressive, especially at this price point. The display options are simple with "Normal" or "Vivid" modes as well as the “Eye Comfort” mode that changes the colour temperature of the display at a scheduled time of your choice. Resolution is almost identical to the Galaxy S10e, OnePlus 6T and Pixel 3a. 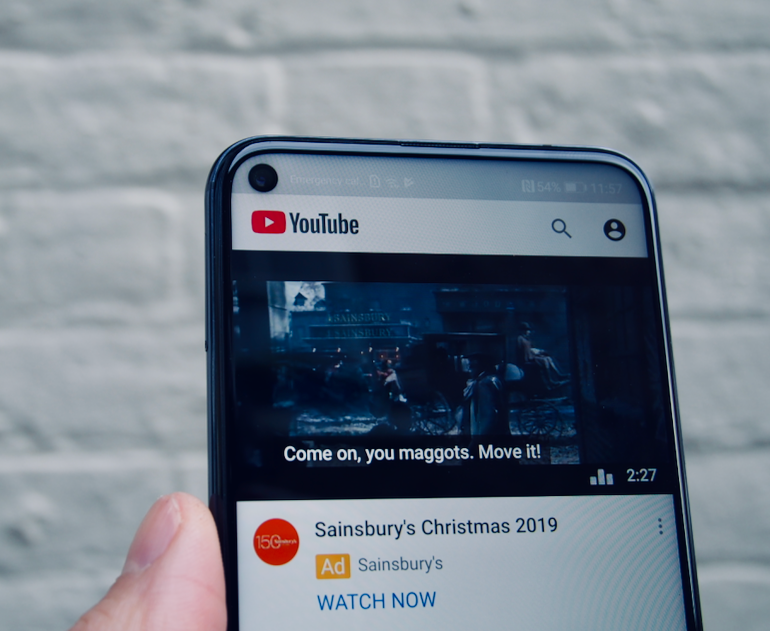 You'll find a tiny pinhole-style selfie camera at the top of the screen, similar to the one seen on the Galaxy S10. Mostly out of the way of the interface and with minimal intrusion when watching videos. Like other Huawei devices, you have the option to obscure the whole top area, but this makes the screen smaller. 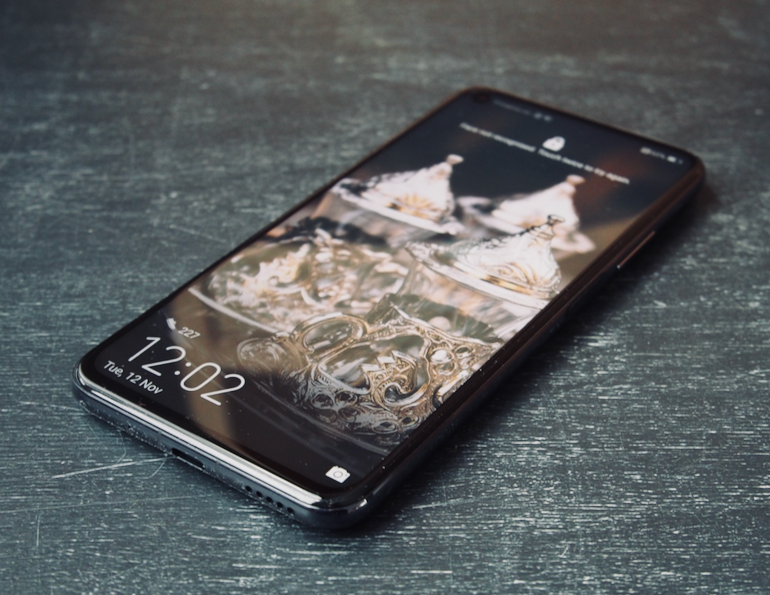 You won't find an audio jack anywhere, but Huawei is kind enough to include an adaptor. Audio quality from the single speaker is perfectly adequate for phone calls on speaker. 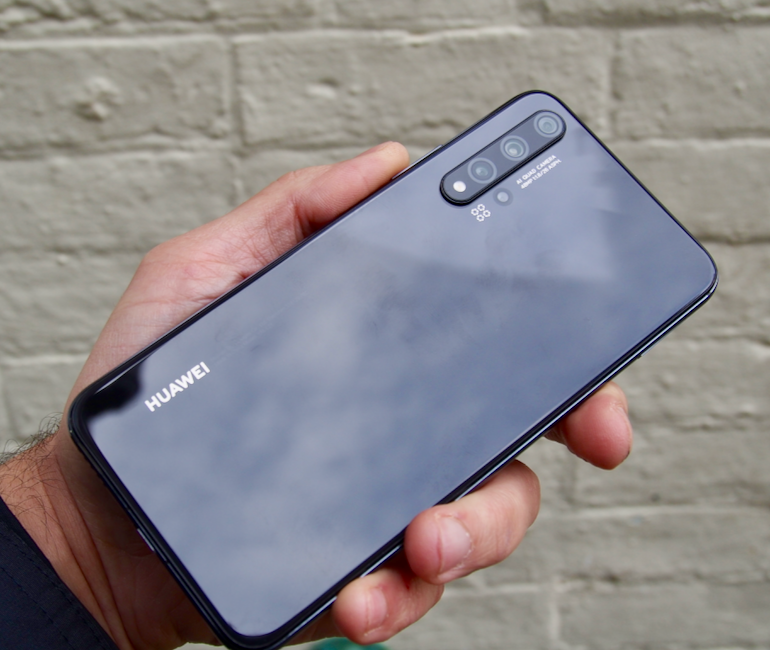 The back of the Nova 5T. Not very flashy, especially in black but highly reflective. If you're looking for something a bit more exciting, consider the "Midsummer Purple" colourway. 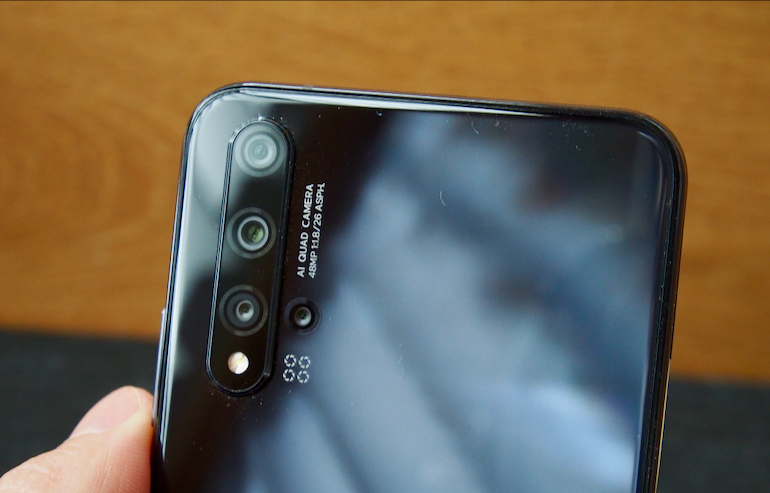 You'll find three camera lenses on the back: standard, wide angle and macro.

The 48MP lens can only be enabled manually, and is best used in perfect lighting.

The ultra-wide 16MP performs really well when you want to squeeze a bit more of the scene.

The 2MP macro lens is a nice touch. This specialised camera is missing autofocus so you'll struggle to lock it into the right subject. But it still adds extra functionality.

There is no telephoto lens so any zooming will result in loss of detail, but that’s a small price to pay when factoring in the overall quality and cost of this smartphone.

In low light, the Nova 5T uses AI-scene recognition to increase the overall brightness of the image, the result is good at first glance, but details can become fuzzy. Night mode is available from the main camera menu but you’ll need a steady hand to get the best results

The camera is not the Nova 5T’s strongest point, but it'll serve you well as long as you stick to the standard lens and good light. 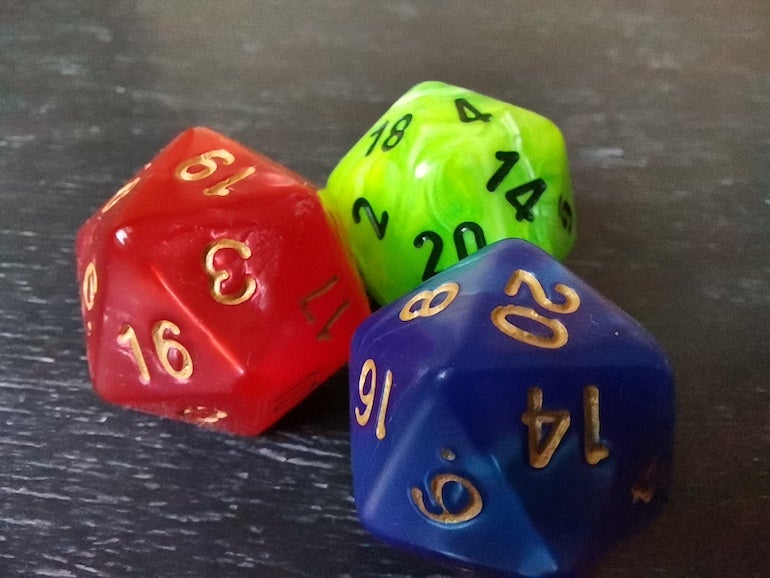 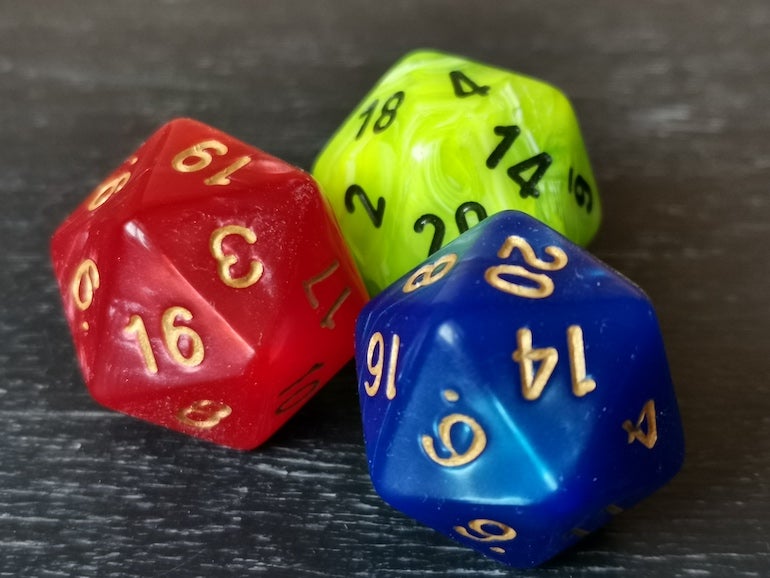 The first image shows the limitations of the macro lens. While it may offer more detailed views in places, the colours can’t match what you get by simply using the main camera and its superior autofocus. 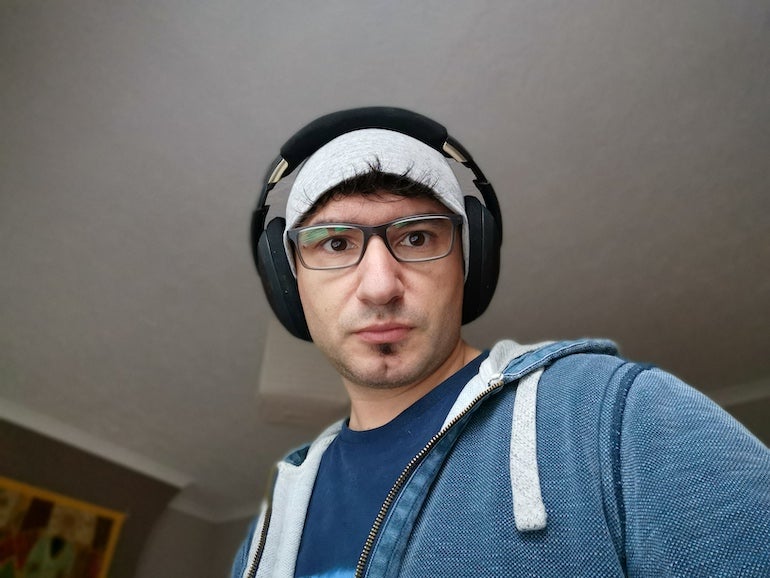 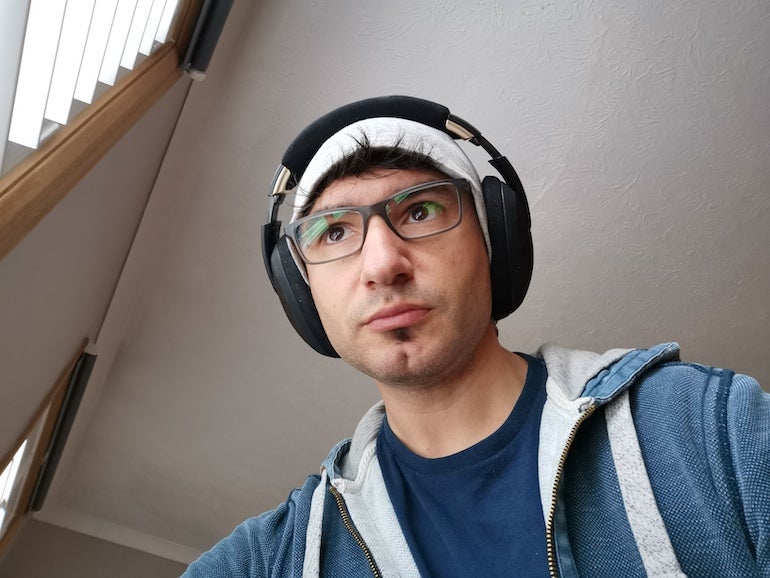 Portrait selfie vs standard selfie. Edge detection in portrait mode is all over the place - stick to standard mode to avoid fuzzy edges. 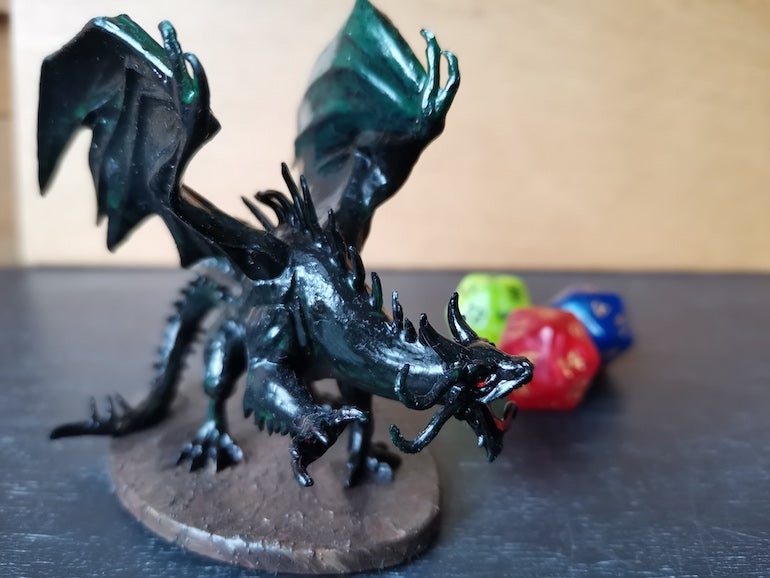 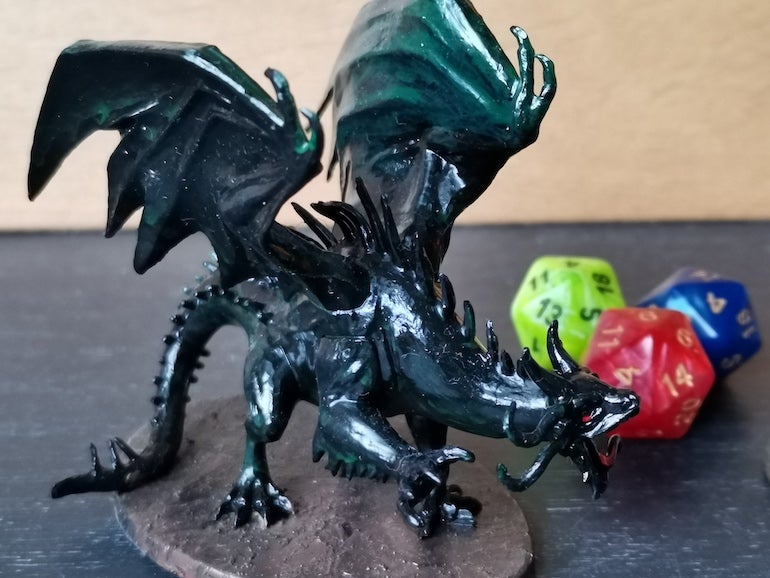 A colourful extreme close-up. Do you want to avoid the blurred back and show more of the miniature in focus? Switch to 2x zoom and move back a bit.

The Nova 5T is equipped with the Kirin 980 processor.

If talk of gigahertz and nanometers bore you, you're in the right place. All you need to know is that this smartphone has zero lag whatever you throw at it. It flies through web browsing, the latest games and even five minutes of 4K recording without breaking a sweat.

Resistance to overheating is the one thing I am most impressed about as this can often be a problem in phones that cost double the price of the Nova 5T. Storage space is also pretty good at 128GB. Unfortunately, there is no expansion slot. 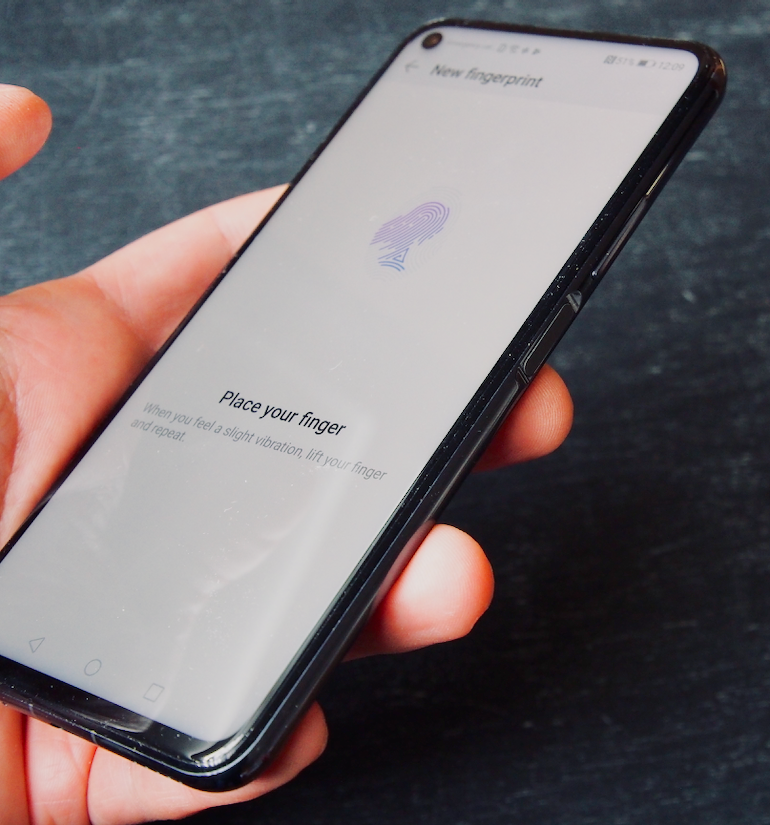 Unusually, the fingerprint reader is located on the side of the device. Sony is the only other manufacturer that places it there. It will feel natural after a day or two, but if you're left-handed will take a bit more getting used to. Face recognition is incredibly fast to set up and is pretty reliable. For the best result it's best to set it to "Direct Unlock" so the phone unlocks without the need of swiping. 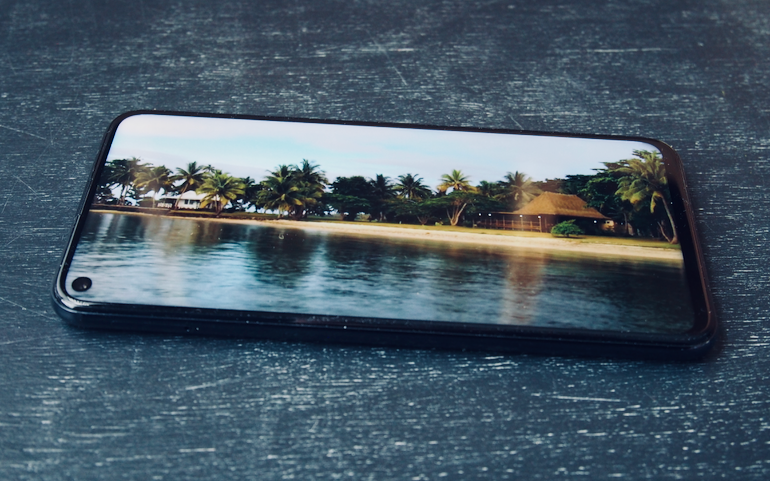 Fantastic screen for the money, if you're not bothered by the little camera hole at the top, this is a great little device for youTube watching. Keep an eye on the battery though as videos on full brightness will use it up fast.

The battery, at 3,750mA, is a size above average for a phone this big. And thanks to the optimisation tools, you can easily get the better part of two days of light usage.

If you find yourself too far from any power outlet and need to squeeze some more time from the battery, you can enable "Super Power Saving Mode", which will disable all apps apart from phone and text messaging and make it last days instead of hours.

The Nova 5T is a keenly-priced mid-range device designed to compete with the likes of the OnePlus 6T and Oppo Reno 2. 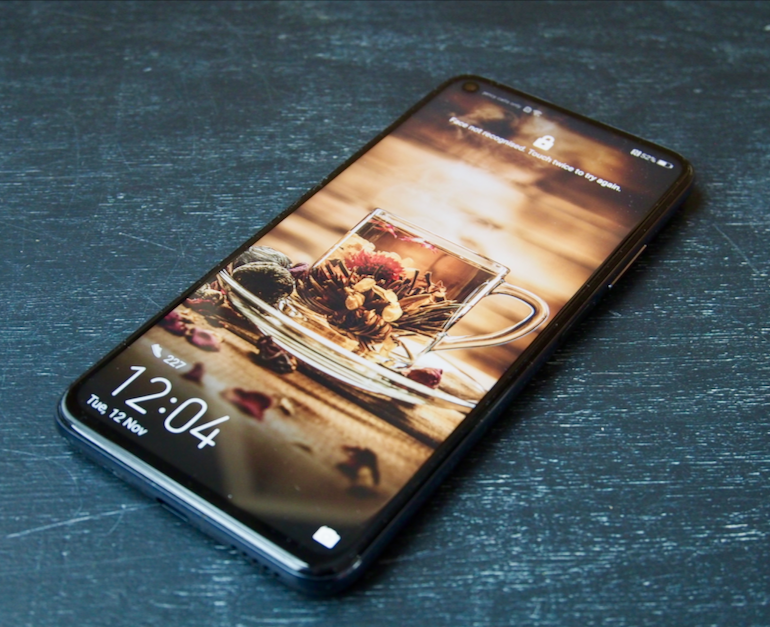 Retailing at around £400, this new Huawei is cheaper than the two above and, apart from the slightly inferior camera, offers similar performance in a more compact package with a very attractive design.